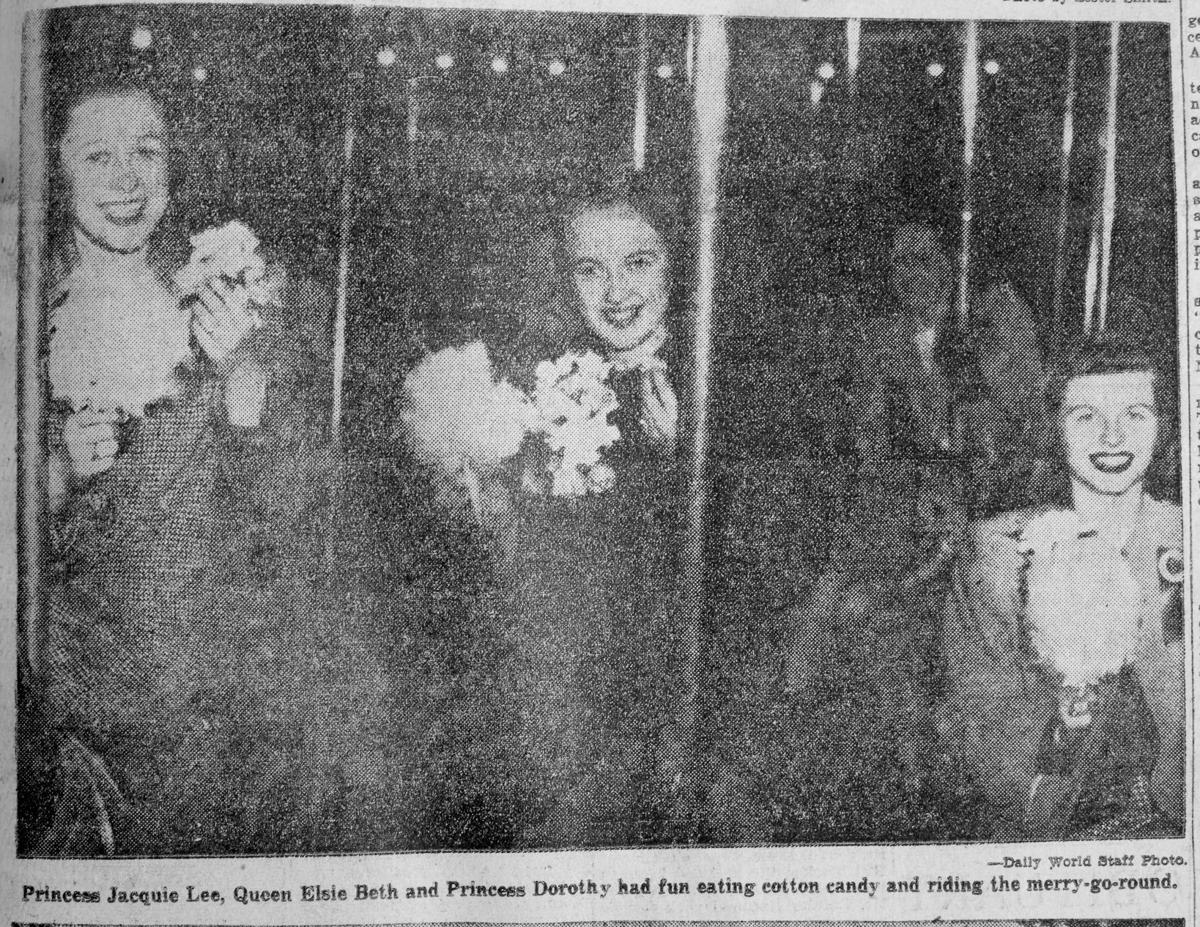 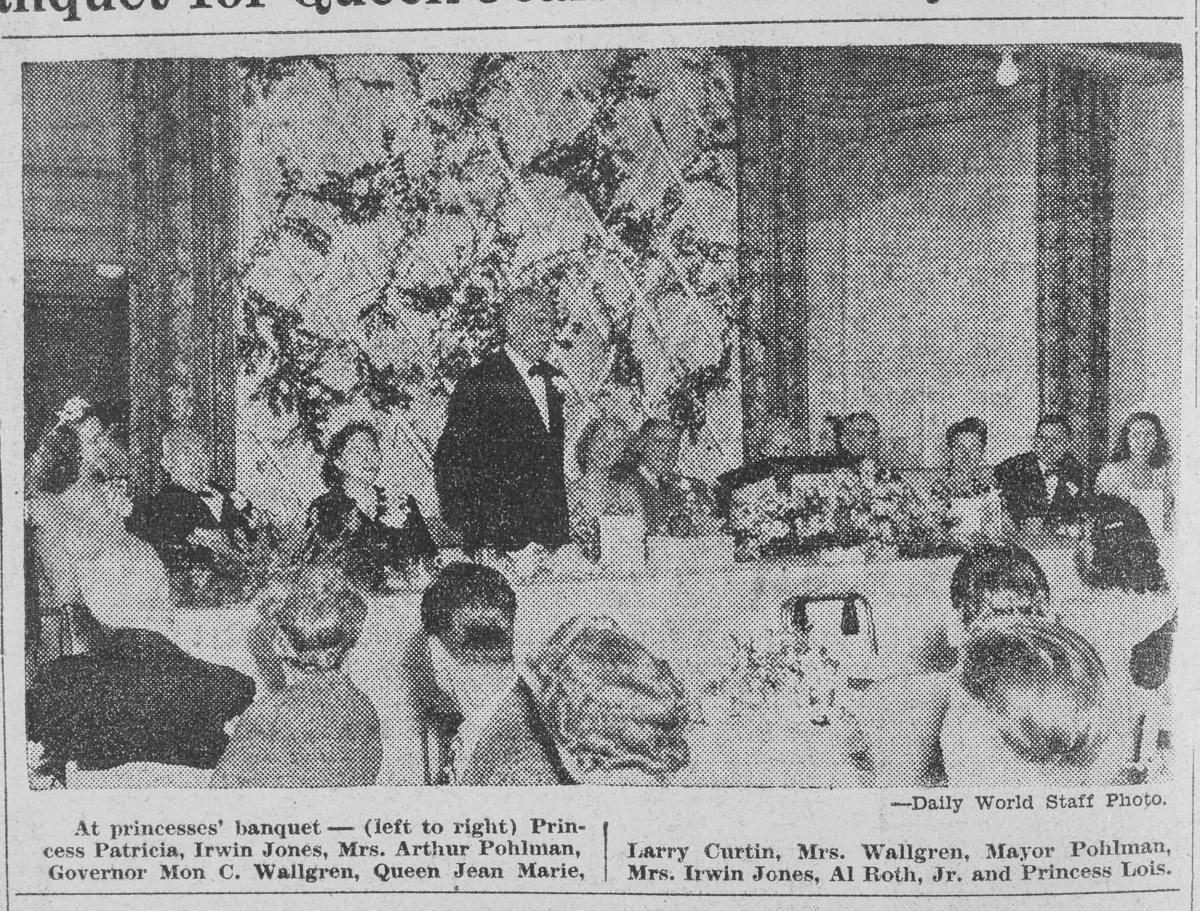 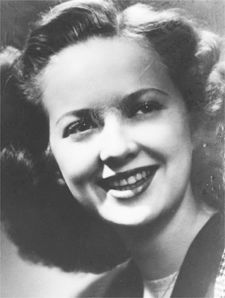 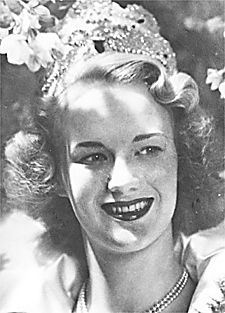 ♦ I.C. Kuchenreuther was director general of the festival, with Al Roth Jr. as assistant. Mrs. Kenneth Moore and Mark Sorley were in charge of planning the festival’s banquet and queen’s ball.

♦ About 2,500 children participated in the children’s parade Friday afternoon. John Rutherford was chairman.

♦ Tours through blossom-filled orchards at the Washington State College Experiment Station on Western Avenue were held throughout the festival, conducted by Fred L. Overley.

♦ Five newsreel companies — Paramount, Metro-Goldwyn-Meyer, Universal, Fox-Movietone and Pathe Newsreel — shot film of festival activities to be shown in theaters throughout the U.S.

♦ Jean Olson was queen of the 28th Annual Apple Blossom Festival held May 1-3. Princesses were Patricia Sugg and Lois Banghart.

♦ “Mine Eyes Have Seen the Glory,” telling the story of Northwest discovery and development, was the festival pageant. An audience of 7,000 packed the bleacher seats at the Apple Bowl to watch the production.

♦ The queen’s ball was held at the junior high school gymnasium. Pinky Tomlin and his orchestra provided the evening’s music. Russell Murray serenaded the royal court with the song “I’ll Be With You in Apple Blossom Time.”

♦ The Grange picnic at Pioneer Park attracted about 4,000 people.

♦ The Rotary Club sponsored a marble-shooting tournament at Whitman School.

♦ Frances Rafferty, Chili Williams, Benny Rubin, Guy Kibbee and Noreen Nash, all popular Hollywood stars, were in town for the festival. Nash, the former Norabelle Roth, was queen of the 1942 festival.