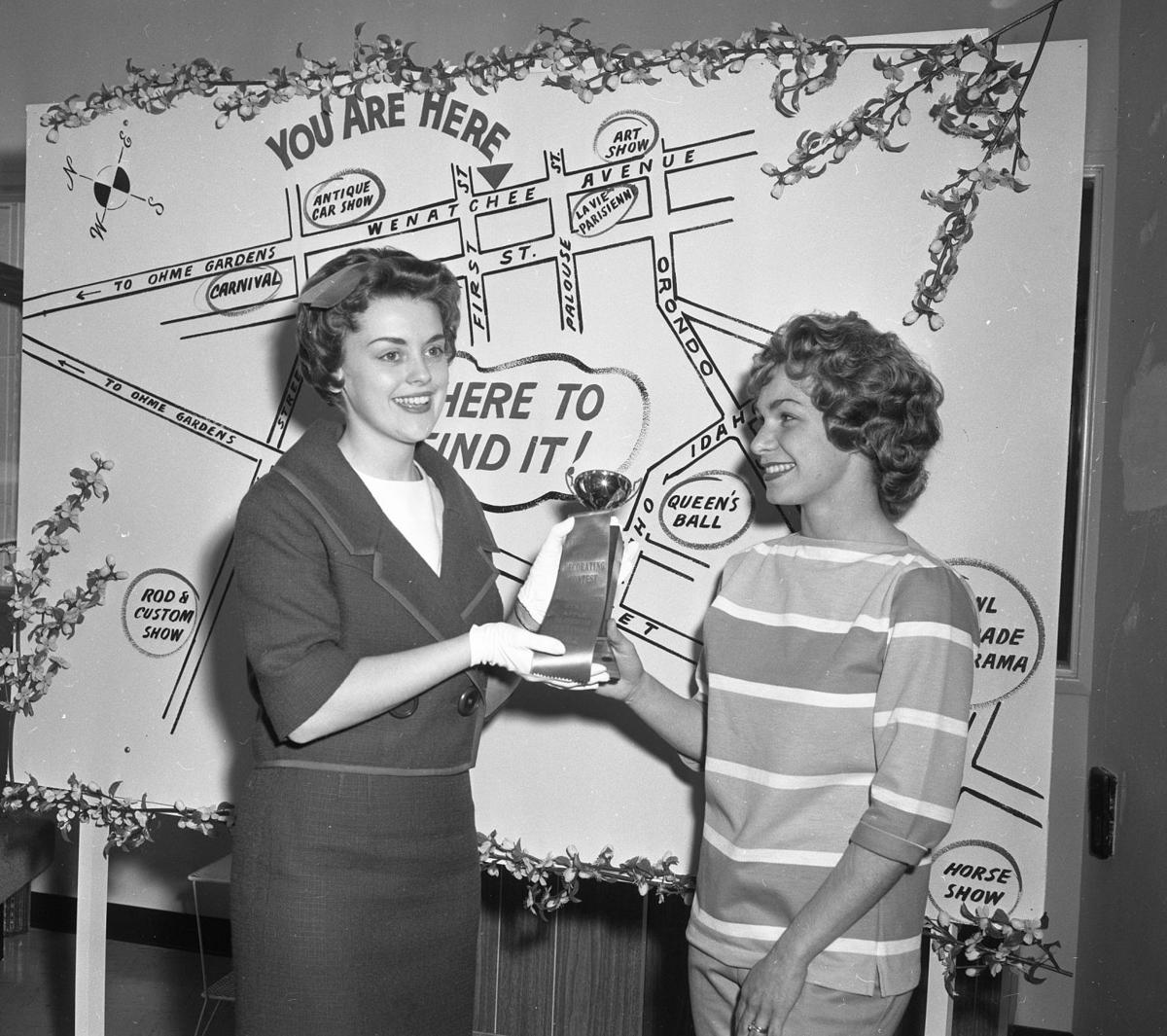 1963 Apple Blossom Festival Queen Mary Radewan waved to grand parade spectators from the back of the royal float, “Flight into Paradise.” Princess Paula Maguire and Princess Janet Evans were in front. 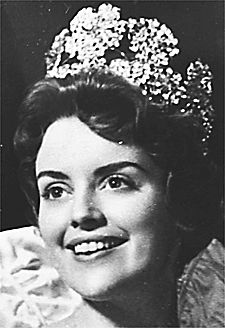 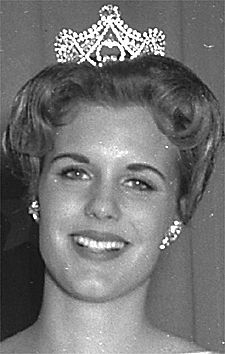 1963 Apple Blossom Festival Queen Mary Radewan waved to grand parade spectators from the back of the royal float, “Flight into Paradise.” Princess Paula Maguire and Princess Janet Evans were in front.

♦ The royal trio traveled to Seattle on a promotional tour and visited the site of the World’s Fair which was about to officially open. As they arrived on the observation deck of the Space Needle, a large lighted sign on the city skyline spelled out, “Welcome Apple Queen Polly Kinney.”

♦ Queen Polly and her princesses, along with local dignitaries, turned out in force on April 21 for the festival button sales kickoff, sponsored by the Wenatchee and Eastmont Jaycees. Among those attending were Mayor Pat Martin, Chamber Manager Lloyd Eastman, Director General Simenson and Al Seyster.

♦ A trophy and first place ribbons in the festival downtown window decorating contest went to MacDougall’s.

♦ A festival souvenir plate was designed by Mrs. Francis Gibbs of East Wenatchee.

♦ Queen Mary tossed out the first ball to get the Northwest League baseball season under way at Recreation Park. Players scrambled for the ball with the honor of receiving a kiss from the queen (and the winner was Chiefs’ pitcher Bob Flynn).

♦ For the first time, a flower show was held during the festival. It was sponsored by the Wenatchee Garden Club.

♦ Steve Laughery, formerly of Wenatchee, provided the dance music for the festival. Laughery’s dance band, the “Many Sounds of Nine,” was rated among the top in the nation.

♦ Spokane television personality Jack Bainter and his pint-sized kangaroo, Wallaby, were a popular festival attraction for children. The two appeared on the weekday KXLY kid’s show “Wallaby and Jack.”

♦ The unique “Dancing Waters” show was presented at the Meeker Carnival grounds. The show combined water, power, lights, music, engineering and showmanship. It was developed through 20 years of experimentation and research at a cost of $250,000.