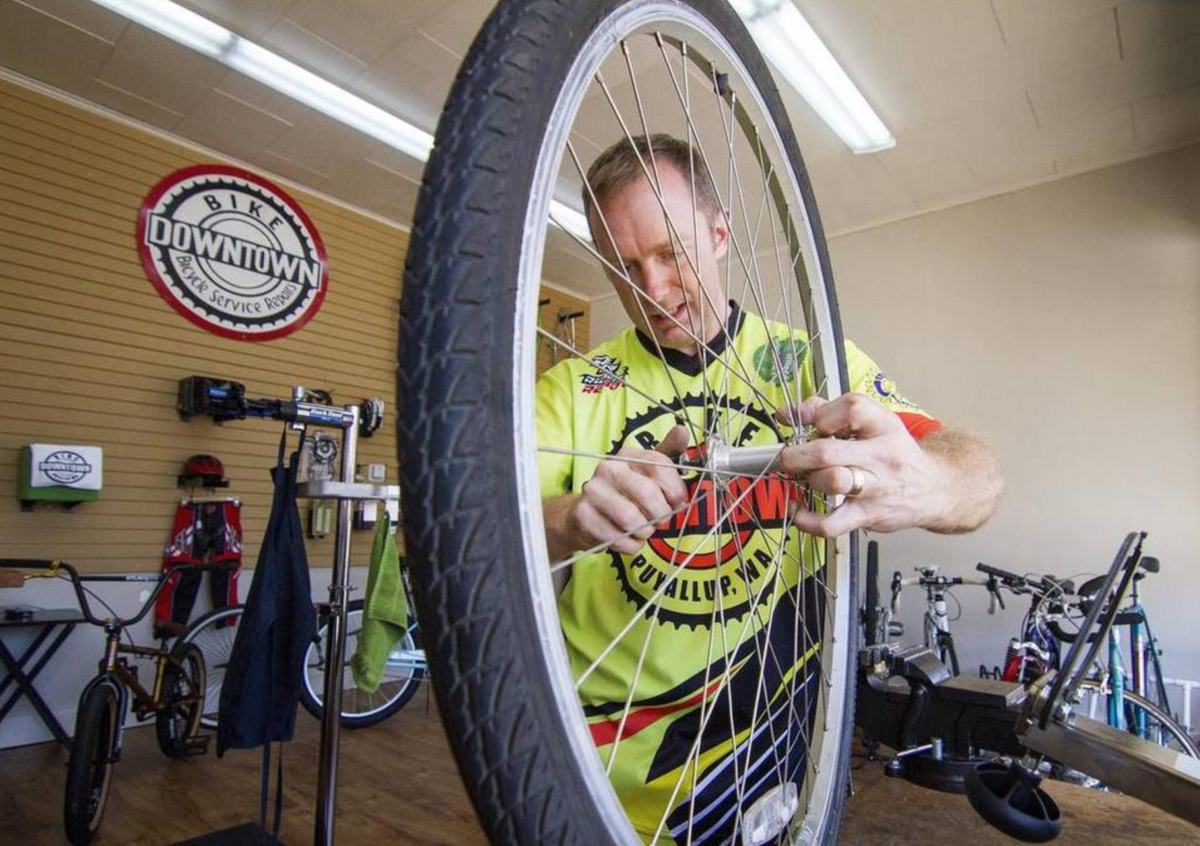 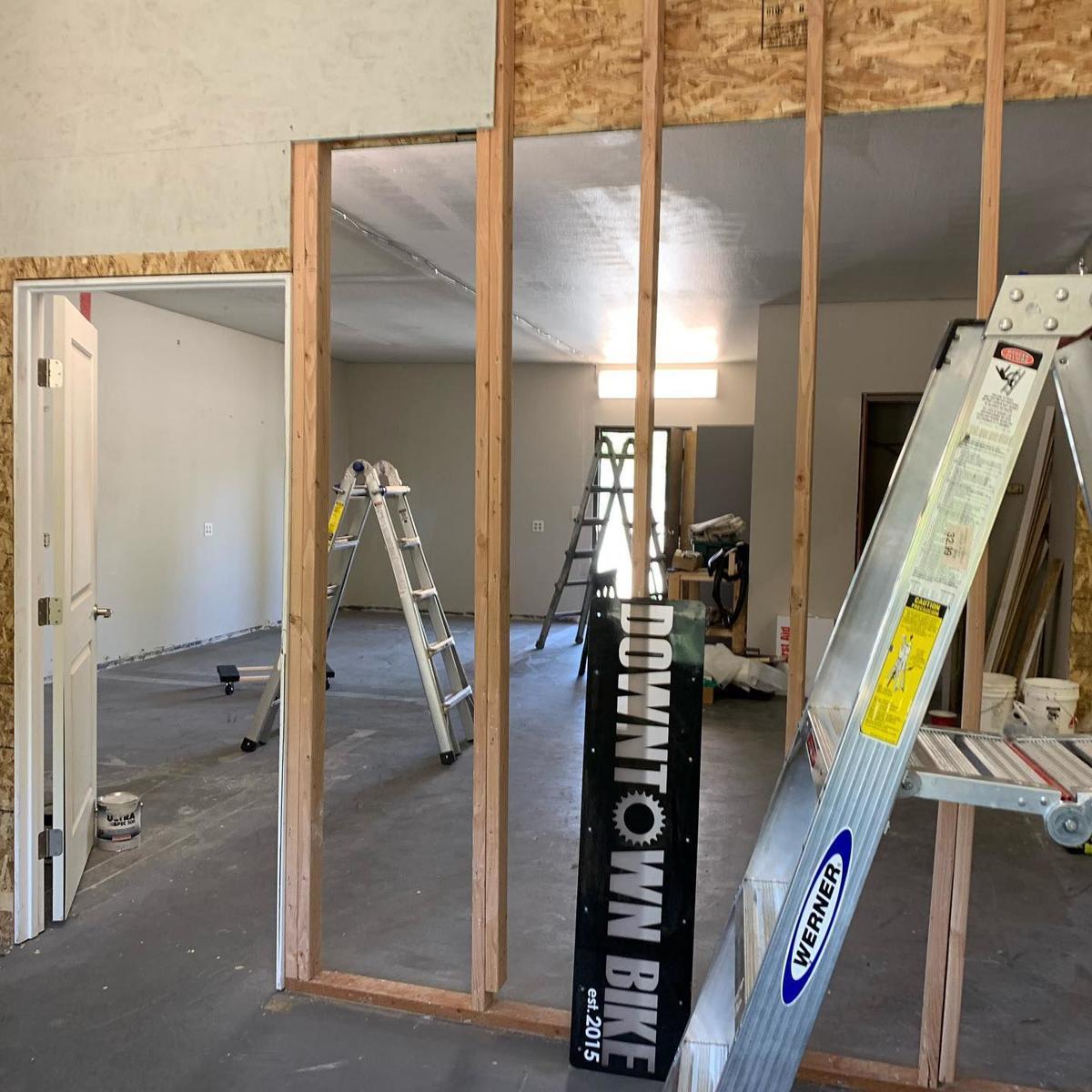 Downtown Bike Cashmere doesn't look like a bicycle service and repair shop quite yet, but it will by the time it opens in mid- to late-June, says owner Aaron Todd. 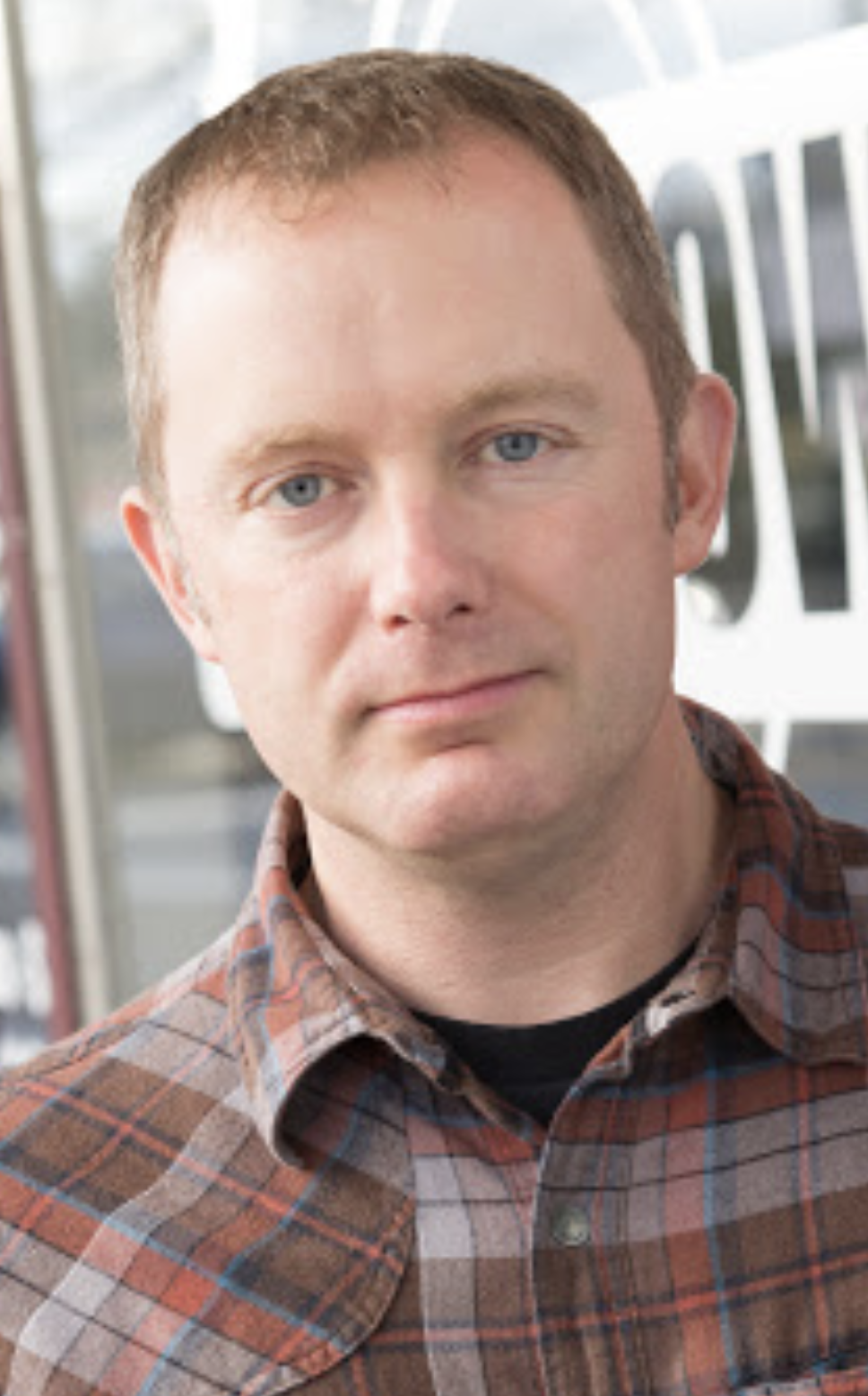 Downtown Bike Cashmere doesn't look like a bicycle service and repair shop quite yet, but it will by the time it opens in mid- to late-June, says owner Aaron Todd.

CASHMERE — Aaron Todd is bringing his bicycle service, repair and sales shop to Cashmere, thanks, in part to COVID-19.

The move – at least part of it — was in the works before the pandemic arrived.

In February, he was hunting for space — maybe 400 square feet — to serve as a satellite shop to his main store, Downtown Bike Puyallup, which he opened in 2015.

He started then with a $1,000 investment in a 60-square-foot closet and enough tools to fit into a shoebox needed to do bike-fit analysis and bicycle service and repair. He later added bike sales to the mix and, by the time 2020 arrived, had grown the venture into 2,000 square feet of space with $100,000 worth of product, inventory, tools and fixtures.

Part of his business plan was to open two or three more locations, in smaller towns that didn’t have a bike shop presence.

He and his wife, Katherine, focused their attention on the Wenatchee Valley. They had honeymooned in Leavenworth 20 years earlier — spending nine days hiking and enjoying the outdoors. Over the years, they returned for vacations and talked about eventually moving to the area. They had narrowed their focus to the Cashmere area because it didn’t have a bike shop, but had lots of cycling opportunities — with access to Devil’s Gulch and other popular trails.

In January, friends called with a job lead for Katherine. The Cashmere School District was looking for a physical therapist. She interviewed and was offered the job, prompting a more serious hunt for a home for the satellite bicycle shop.

Their plan was to continue operating the Puyallup store, Aaron Todd said.

When COVID-19 hit, they weren’t too worried. The bike shop was an “essential” business, so was able to continue to operate.

“Our business went up 20% in the first several weeks, as we stayed open to serve the community,” he said.

People who were finding themselves at home with time on their hands bought bikes. Downtown Bikes sold most of its entire spring inventory of mid-price bikes, those ranging from $400 to $600.

His Puyallup landlord, however, who occupied the other half of the building, had a different experience.

“His business didn’t fare so well,” Todd said. “He chose to shutter his business and sell the building.”

They looked at other locations in Puyallup, but couldn’t find anything that would have been available in time or at a price that made sense.

They decided then to move the entire business to Cashmere.

Their search criteria changed from 400 square feet to something closer to 2,000 square feet. They found it at 5651 Sunset Highway, in the space previously occupied by Cashmere Power Sports, next to CrossFit 791. The remodel work is now underway, with a targeted opening date of mid- to late-June.

It’s technically outside of downtown, but it fits the bill.

In one day he counted 72 road cyclists who rode past his front door and saw another 37 mountain bikes, either being ridden or transported on their way to nearby trails.

With the move, he realizes, comes risk.

Despite five years of experience running the original venture, relocating to a new area requires rethinking his approach. The business needs to rebuild clientele and match its services to the needs of the Cashmere community, he said.

“I know I’m not going to have the summer I had last year. And winter will be a new game for me. We need to figure out what people do when they’re not riding bikes,” he said.

His long-term plan has shifted away from adding locations. He would like to explore the bicycle rental business. Another piece might be partnering with orchardists and vineyards to create a bicycle touring route — mountain bike or road bike.

“I’m a people person. I’m also a guy who loves to be with people. Even before owning a bike shop, I was looking at how to connect different resources. I want to do that here. We want to be part of the community,” he said.

He also is considering offering a bicycle consignment service, which would help people interested in buying new bikes and make quality used bikes available at a lower cost to others.

His focus, though, for the first two years, is on building the core business, with a target mix of 60% service and repair and 40% bike sales. He also expects to hire employees as needed, up to four. At first, he will run the business solo.

He signed a one-year lease on the building with a five-year option.

In the process of researching what was here, he joined the NCW Economic Development District’s Supernova Business Launch Competition, which gives small businesses looking to start or expand to this area the chance to win $10,000 to help launch their venture.

In addition to the prize money, applicants have access to Wenatchee Valley College business workshops.

Downtown Bike Cashmere is one of 30 applicants in the competition so far. Businesses have until June 15 to apply.

Todd said the experience — and the workshops — have been well worth the effort, even if he doesn’t win the prize money.

“I wish I had something like Supernova when I started five years ago. It would have given me a bit of a jump start. But I’m taking advantage of it now. I will be better prepared," he said.

He isn’t harboring too many hard feelings against COVID-19 at this point.

“It was the catalyst that pushed us to take a bigger risk, to move to Cashmere and jump in with both feet versus putting in our toe and seeing what happens. Sometimes you need a catalyst to make that happen," he said.

Downtown Bike Cashmere owner Aaraon Todd got into cycling in 1988, when he was still in high school, just riding for fun.

After joining the U.S. Air Force, where he specialized in outsource services, his military buddies got him interested in mountain biking, which grew into competitive mountain biking and competitive road cycling. He went on to compete in Portugal, Spain, Germany and the United Kingdom. An accident in late 1997 ended his competitive career, but not his passion for cycling.

“It allowed me to focus on another aspect of cycling — the bike fit, helping people understand the relationship of their bodies on bicycles and how important that is,” he said.

He started doing professional bike fits for individuals and teams in the late 1990s, which eventually became the foundation of the business he started in 2015, offering bike fit analysis and service and repair.

When his son got interested in BMX racing in 2013, the father picked up the bug as well and started competing. He took sixth in the state for his age group in 2016.

“I was proud of that,” he said, but he stepped back as his business duties called. Plus, he said, it was pushing the limit.

“In BMX racing, it’s not if you’re going to injured, it’s when and how bad,” he said. He wasn’t sure he could handle another dislocated shoulder.

WENATCHEE — A $10,000 cash award and access to all sorts of expert professional advice are part of the pitch inviting business startups and sm…