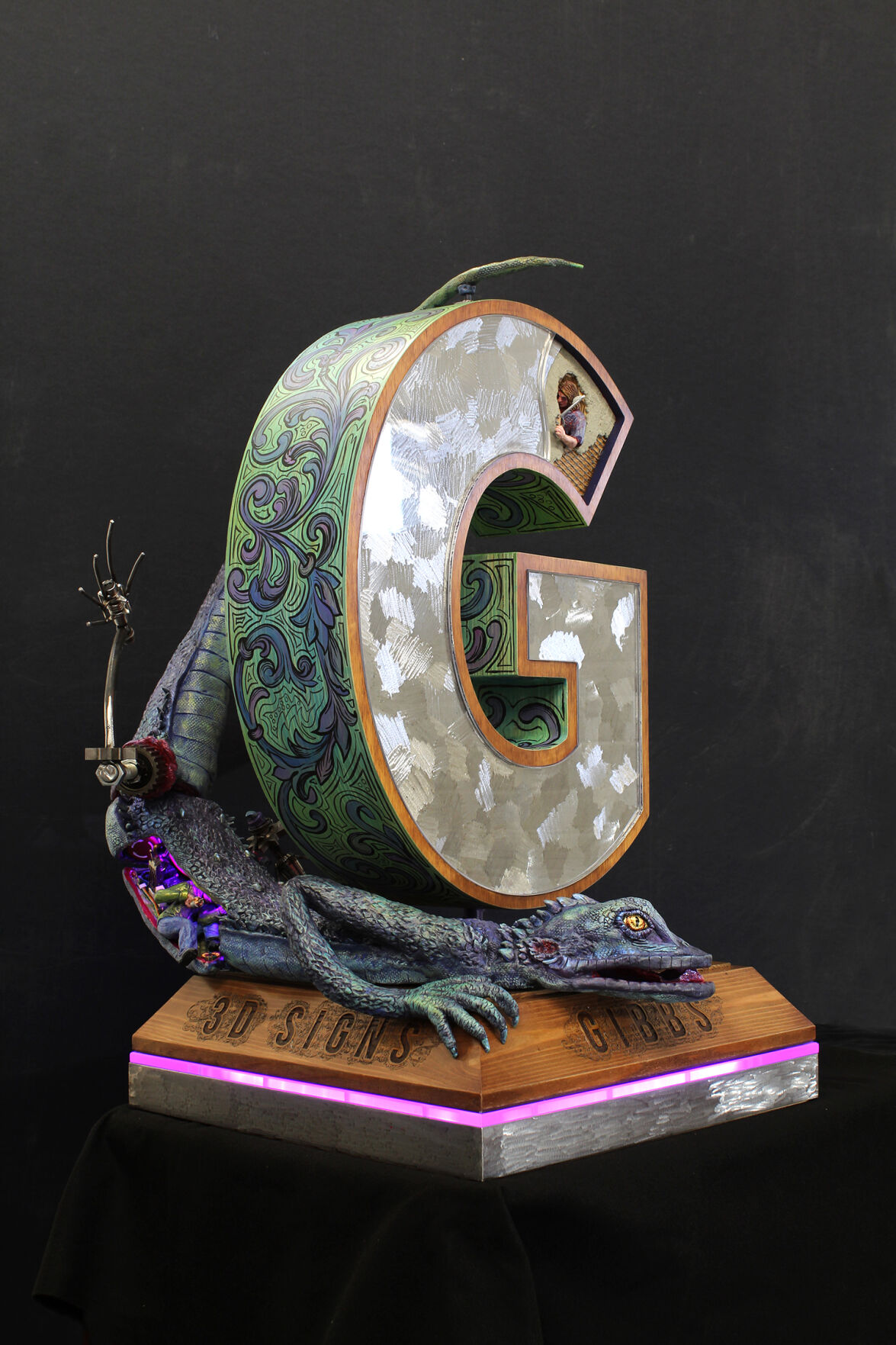 The G represents Gibbs Graphics, while the lizard was for the creators' 8-year-old son, who is fascinated with the creatures and has a pet bearded dragon. 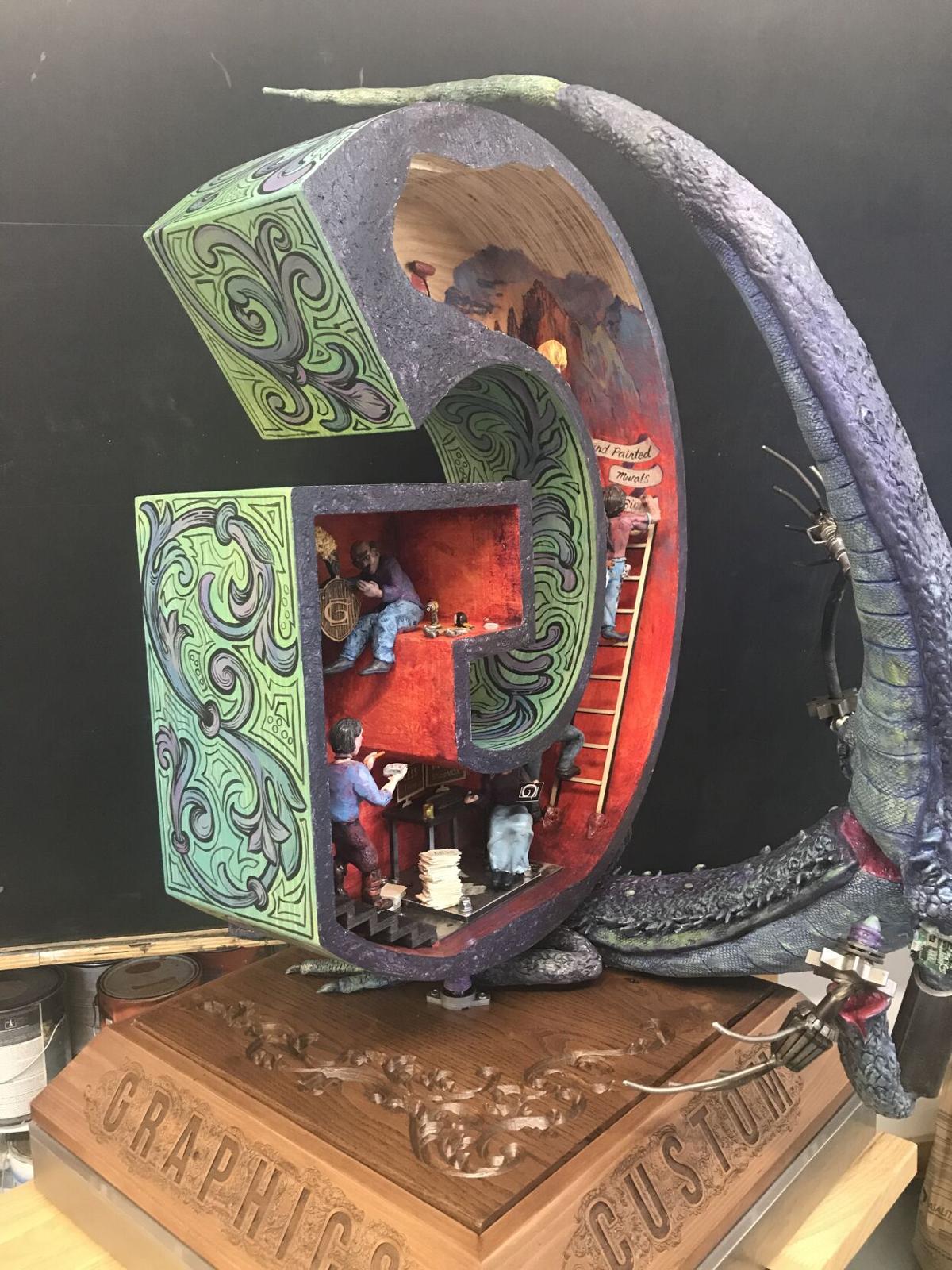 The back of the sign represents the inner workings of a sign shop, with tiny figures painting and doing other creative tasks. 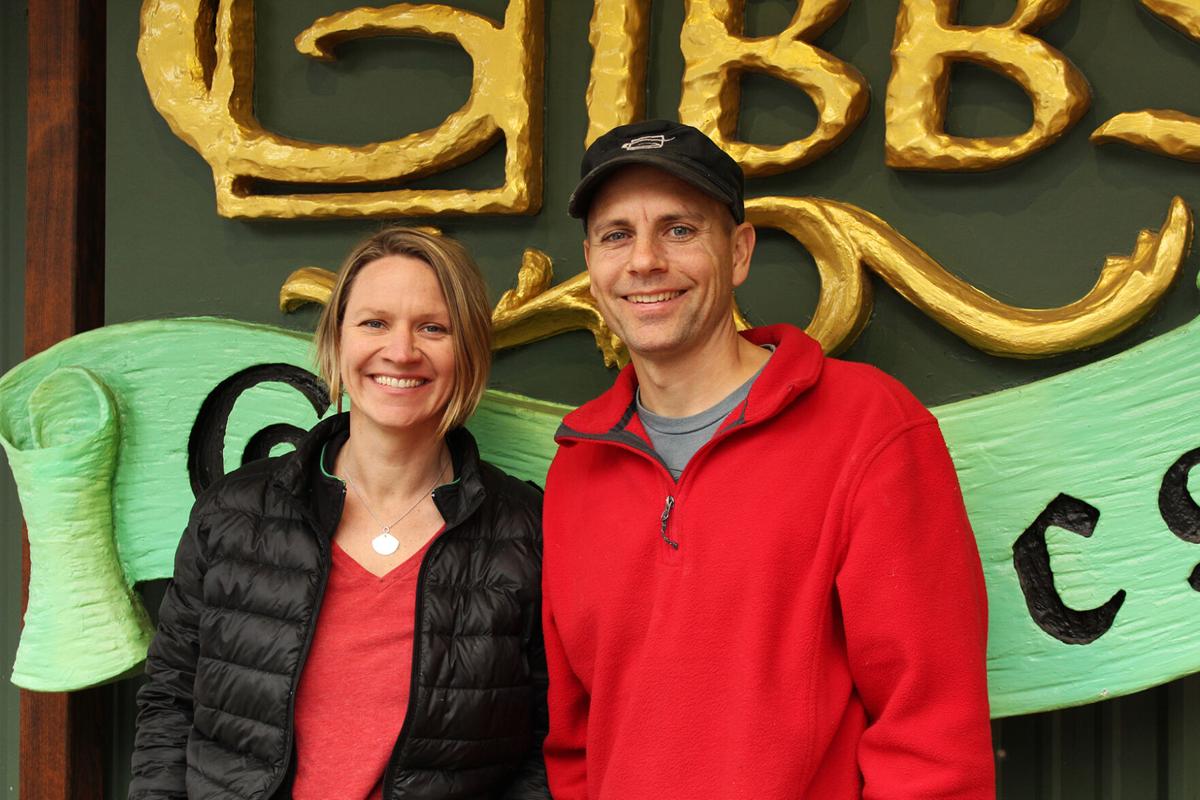 Amanda and Rusty Gibbs, who own Gibbs Graphics in Leavenworth, recently won a virtual sign competition with their piece "Lizard G."

The G represents Gibbs Graphics, while the lizard was for the creators' 8-year-old son, who is fascinated with the creatures and has a pet bearded dragon.

The back of the sign represents the inner workings of a sign shop, with tiny figures painting and doing other creative tasks.

Amanda and Rusty Gibbs, who own Gibbs Graphics in Leavenworth, recently won a virtual sign competition with their piece "Lizard G."

The G can be rotated to reveal decorative frills on the side, a nod to the Bavarian theme of Leavenworth, where Rusty and Amanda Gibbs operate Gibbs Graphics.

“Lizard G,” as the Gibbs have dubbed the piece, won a virtual sign competition hosted this summer by Signs of the Times trade magazine and organizers of the Sign Invitational, normally held during the International Sign Association’s annual expo.

The expo was to be held in Orlando, Florida, this year but was canceled due to COVID-19. So instead of choosing their favorite sign at the event, people got to cast their votes online starting in late July, and the Gibbs were announced as the winners in early August.

“We were delighted,” Amanda Gibbs said. “I was saddened that we couldn’t do this live and meet all the other competitors. That was one of the perks for me, but at the same time, it was really neat to be validated by sign makers and people around the world that thought our piece was good.”

The couple’s piece was among six entries for the contest and is featured in the September issue of Signs of the Times. Each entry had to be able to fit on a 2-by-2 table, as it would normally be displayed at the expo.

It took the Gibbs more than 200 hours to make the sign, which is 24 inches by 24 inches wide and a little more than 3 feet tall. They started working on it in summer 2019 and finished this past spring.

They chose a lizard because of their 8-year-old son’s fascination with the creatures. He has his own pet bearded dragon.

The couple said they interpreted the contest’s theme of “less is more” by applying their company goal of doing less “boring” work and more custom 3D signs.

Materials like wood, steel, acrylic and sculpting epoxy were used for the piece, along with tools like a laser engraver and CNC router. They also built and painted the different parts by hand.

“It basically represents the inner workings of a sign shop and all the employees working and building the signs,” Rusty Gibbs said. “It’s a cyborg lizard actually being built by little miniature figures, so it’s kind of a representation of all the sign materials and the types of products we use and the building ... techniques that we use in our shop.”

The Gibbs have had their shop since 2004. This was their first time entering the competition, which is in its fifth year.

“We’ve seen other people entering it and we’re trying to get our quality of signs higher and higher,” Rusty Gibbs said. “We thought we’d try it out. Definitely a good challenge because we try to push ourselves to do the best work we can and learn some new techniques. It’s fun to have a personal project like this to challenge ourselves.”

They’ll keep the piece in the shop’s showroom, he said.

“When we first began so many years ago, it used to be just Rusty and I brainstorming and creating work,” Amanda Gibbs said. “So this was a little nostalgic because it was mostly just Rusty and I working on this piece. It was fun.”

State asks Boeing what will keep 787 production in Everett

Business Briefcase | For the week of Sept. 26