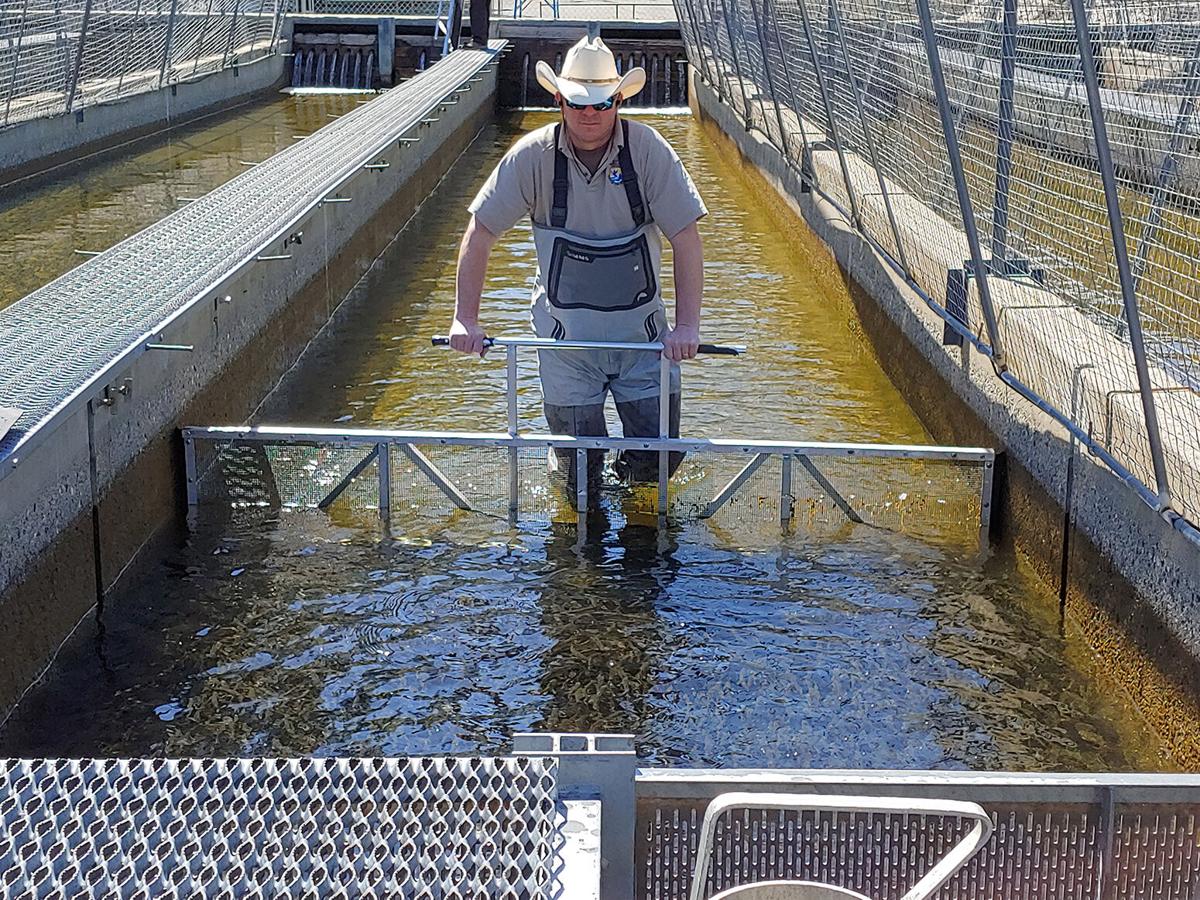 Shaun Love crowds spring Chinook smolts to one end of a raceway at Leavenworth National Fish Hatchery, preparing the fish for release. 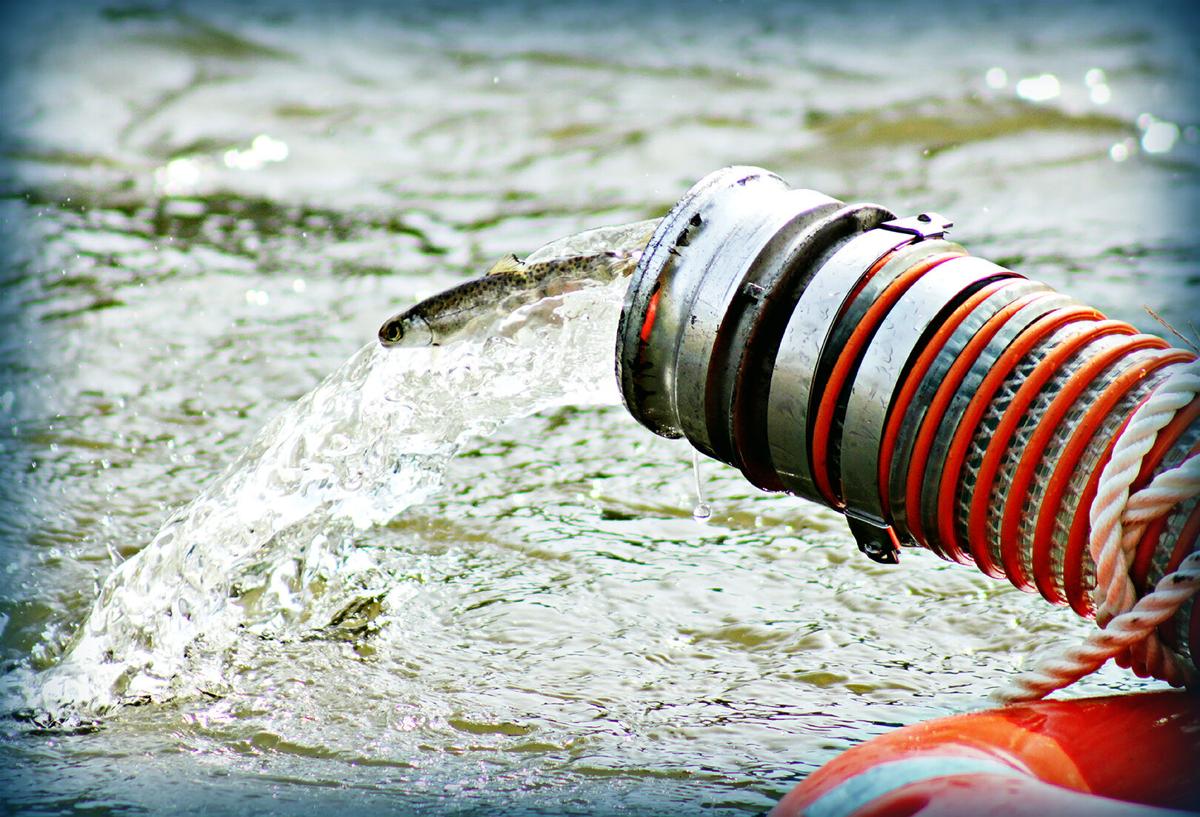 Spring Chinook smolts are released into the current of Icicle Creek, where they will be swept downstream, away from the hatchery.

Shaun Love crowds spring Chinook smolts to one end of a raceway at Leavenworth National Fish Hatchery, preparing the fish for release.

Spring Chinook smolts are released into the current of Icicle Creek, where they will be swept downstream, away from the hatchery.

Springtime in the eastern foothills of the Cascade Mountains brings balsamroot in glorious golden bloom, and salmon migrating in the rivers. It’s a time of excitement and anticipation. But it’s also an incredibly busy time at our hatcheries.

After nearly two years of daily care, the juvenile spring and summer Chinook from Entiat, Winthrop and Leavenworth national fish hatcheries are released into the rivers to make their way out to the ocean. We can watch their progress virtually, thanks to special tags. These Passive Integrated Transponder (PIT) tags are inserted in the abdomens of a percentage of our young fish. A PIT tag can bounce a signal back to detecting equipment. Detectors at each dam in the Columbia River pick up the signals, allowing us to follow their progress downriver.

Once the juveniles are released, hatchery staff get busy cleaning and repairing raceways and ponds. Soon, our youngest fish will move from protected indoor tanks to these outdoor homes. Normally, there are a few weeks in between letting the older fish go and moving the younger fish. But at Leavenworth NFH this year, the timing was a whole lot tighter. A major construction project is transforming the 80-year-old facility, but it required turning off the water to the nursery at the end of April. The youngsters went outside sooner than usual.

Later this summer, some of the Leavenworth juveniles will be placed in brand new recirculating ponds for a trial run. The Recirculating Aquaculture System currently being installed should reduce the amount of water the hatchery needs to raise fish, leaving more water in Icicle Creek for wild fish. If this pilot project works out, two more banks of crumbling octogenarian ponds will be replaced with new ones.

At the same time the young smolt are heading for the wild ocean, our adults are swimming powerfully upstream. Adults with PIT tags show up on the detectors, too. PIT tags are costly, so not all fish receive one. But we can extrapolate how many fish are traveling with the tagged ones.

For example, Greg Fraser, a biologist with the Mid Columbia Fish and Wildlife Conservation Office, said one PIT tag from a Leavenworth adult Chinook generally represents 60 other adults. “The ratio can change slightly,” he said, “but it’s usually near the 60:1 ratio.” So the seven PIT tags detected passing Bonneville Dam on April 25 actually reveal 420 Chinook moving through.

At our Leavenworth hatchery, we need 500 males and 500 females to make it home to produce the next generation. We aim to release 1.2 million young Chinook annually. But once our fish leave the premises, we have no control over their fate. We can only hope the returning fish are healthy, numerous and lucky enough to keep the cycle going.

Julia Pinnix is visitor services manager for Leavenworth Fisheries Complex. The mission of the U.S. Fish and Wildlife Service is working with others to conserve, protect and enhance fish, wildlife, plants and their habitats. For information, visit fws.gov.