The Chelan County Planning Commission held a study session Wednesday to consider new county codes proposals created by a consultant, BERK Consulting from Seattle. The new regulations are in a preliminary process with a lot of ideas that may not become law, Commissioner Doug England said. 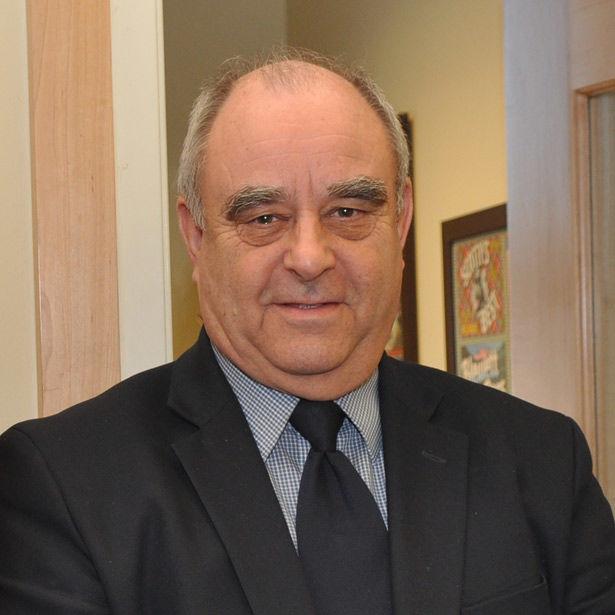 “The whole situation (with short -term rentals) is frustrating, because it is really no different than when you have laws for speeding,” England said. “Most people drive at a safe speed. But there are those people who do not want to and make it a risk for everybody else.”

The planning commission recommended the county hire a consultant to come up with new regulations, which it did.

According to the draft code amendments, the new regulations offer several new amendments that were not considered last year including:

Density was definitely an issue that a lot of people talked to the Chelan County Commission about, England said. For example, Peshastin residents asked that their urban-growth continue to not allow short-term rentals.

“In most cases, we would prefer the economics kind of takes care of it,” England said. “But if you look at the areas in both Leavenworth and Chelan, which is kind of the main hot spots of vacation rentals, those are very much an issue for those local neighborhoods.”

One of the big issues communities are facing is large numbers of people staying at vacation rentals, he said. Some places in Manson can cost close to $3,000 a week and so people will invite their extended family to camp on the property and help split the expense.

“Literally in one case, there were between 60 and 100 people who came out and used this community dock,” England said.

The Short-Term Rental Alliance of Chelan County (STRACC) is against any additional regulation on rentals except a cap on the number of people staying at each place, STRACC President Mike Beverick said. The county should enforce its existing regulations on noise, trash and parking on short-term rentals, he said.

“We want the county to stop with the new regulations, use the regulations they had on the books for the last 20 years, enforce those and use those,” Beverick said.

The organization does agree that there needs to be a cap on the number of people per bedroom using a place and perhaps per short-term rental, he said.

“We were willing to work with them on this item of number of people,” Beverick said. “Would this resolve the problem? Absolutely.”

According to data from Host Compliance, about 95% of short-term rentals are offered as entire homes or apartments, and of those, 67% are single-family residences, about 870 entire houses.

Kayakers make their way through the whitewater of Tumwater Canyon on the Wenatchee River near Leavenworth on Sunday.

OLYMPIA — A failing grade is not an option this semester, State Superintendent Chris Reykdal says.

Districts will have some flexibility on how to assign grades, but “pass/fail” or “no credit” grades are no longer allowed, and no student can be given an “F,” Reykdal said.

The new guidance, released to school districts late Tuesday night, is a response to concerns that many students don’t have equitable access to materials while completing the school year remotely due to state-mandated school closures forced by the COVID-19 pandemic.

“There’s a lot of concern that statewide grading policy needed more input from the superintendent,” said Reykdal, who said he’s received “an incredible volume of response” about the uneven progress of education since schools closed on March 17.

In response, Reykdal said his office is taking a measured approach that still allows districts “some flexibility” in deciding how to assign grades, from A down to a B, C or D.

Even before Reykdal’s announcement, Seattle Public Schools voted to allow only two options for its 92,000 students: an A or an incomplete.

That falls within the new state guidelines, Reykdal said.

Spokane Public Schools, on the other hand, apparently will have to change some of its recently adopted guidelines, which allowed seniors a pass/fail option for all classes.

But Adam Swinyard, associate superintendent for the district, said Wednesday the district believes that “our plan aligns conceptually with the guidance from OSPI on grading.”

“We are working with them to clarify several details in their communication regarding the specific allowable grades,” Swinyard said. “Our understanding is some pass/fail grading may still be allowable.”

According to the state, students unable to equitably assess distance learning will receive an incomplete and the chance to catch up in summer school, through additional courses or with independent or online study.

“We really want to balance this idea that students will continue to have the opportunity to earn a grade or improve their grade with the fact that it’s really state law that gives teachers the ability to evaluate student learning against standards,” Reykdal said.

“Nothing about this is perfect,” added Reykdal, who said his office also weighed concerns over how out-of-state universities and postgraduate programs would consider grades received during the pandemic.

Ultimately, Reykdal said he was motivated first by a consideration to “do no harm” to students’ transcripts.

For students in kindergarten through eighth grade, he said they will be “challenged to demonstrate effort and success in learning standards established by their teachers.”

All students will advance to the next grade level unless mutually agreed upon by teachers and parents that repeating a grade may be in the student’s best interest.

“Together, we have eight weeks to ensure that all our students have the most essential building blocks in place to achieve success in their next class, their next grade, and in their next pursuit.”

WASHINGTON, D.C. — The U.S. House of Representatives overwhelmingly approved a $484 billion coronavirus relief bill on Thursday, funding small businesses and hospitals and pushing the total spending response to the crisis to an unprecedented near $3 trillion.

The measure passed the Democratic-led House by a vote of 388-5, with one member voting present. House members were meeting for the first time in weeks because of the coronavirus pandemic.

Lawmakers, many wearing masks, approved the bill during an extended period of voting intended to allow them to remain at a distance from one another in line with public health recommendations.

The House action sent the latest of four relief bills to the White House. President Donald Trump, who backs the measure, said he would probably sign it into law on Thursday evening.

The Republican-led Senate had passed the legislation on a voice vote on Tuesday. But threats of opposition by some members of both parties prompted congressional leaders to call the full chamber back to Washington for the House vote despite state stay-at-home orders meant to control the spread of the virus.

The House also approved a select committee, with subpoena power, to probe the U.S. response to the coronavirus. It will have broad powers to investigate how federal dollars are being spent, U.S. preparedness and Trump administration deliberations.

Democratic House Speaker Nancy Pelosi said the panel was essential to ensure funds go to those who need them and to prevent scams. Republicans said the committee was not needed, citing existing oversight bodies, and called the panel’s creation another expensive Democratic slap at Trump. The committee was approved on a vote of 212-182, along party lines.

The $484 billion aid bill is the fourth passed to address the coronavirus crisis. It provides funds to small businesses and hospitals struggling with the economic toll of a pandemic that has killed more than 47,000 Americans and thrown a record 26 million out of work, wiping out all the jobs created during the longest employment boom in U.S. history.

A handful of lawmakers opposed the legislation, including Democrat Alexandria Ocasio-Cortez, who represents a severely affected area of New York and believes Congress should do even more — and Republican Thomas Massie, known as “Mr. No” for his frequent opposition to spending bills.

“This is really a very, very, very sad day. We come to the floor with nearly 50,000 dead, a huge number of people, and the uncertainty of it all,” Pelosi said during debate on the bill.

Congress passed the last coronavirus relief measure, worth more than $2 trillion, in March, also with overwhelming support from both parties. It was the largest such funding bill ever passed.

The next step will be harder. The two parties have set the stage for a fight over additional funding for state and local governments reeling from the impact of lost revenue after Republicans refused to include such funds in the current relief bill.

Trump has said he supports more funding for states, and has promised to back it in future legislation.

Congressional Republicans have resisted. Senate Majority Leader Mitch McConnell suggested in a radio interview on Wednesday that states could go bankrupt, but said later he did not want states to use federal funds for anything unrelated to the coronavirus.

EAST WENATCHEE — Newly confirmed Police Chief Rick Johnson is checking off his list of people to meet with as he prepares for his new role. 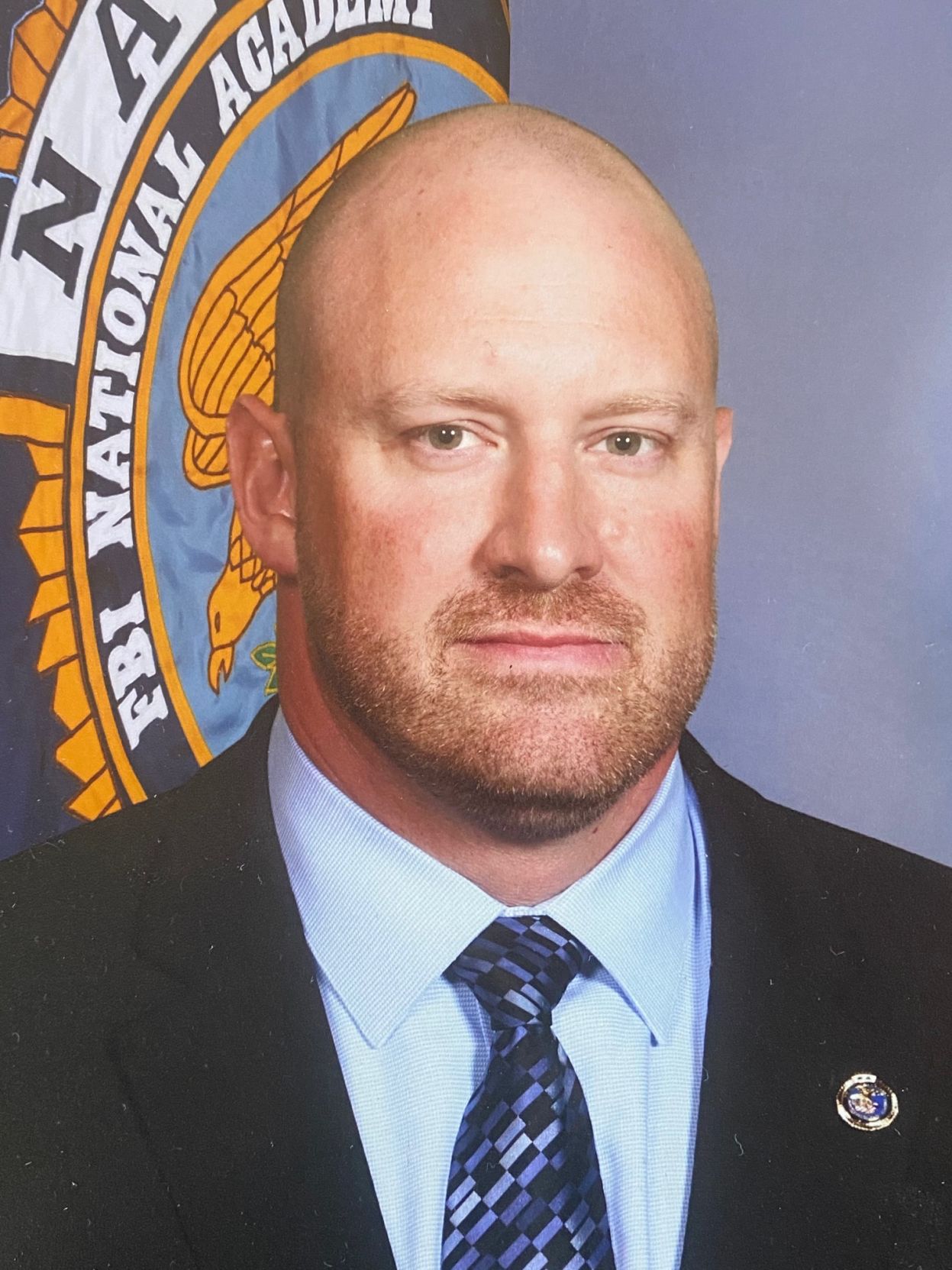 Johnson told the councilmembers he plans to meet with them individually to get input on what’s important to them and to share his own ideas for the department.

“I’m excited about the opportunity to bring in some changes to the East Wenatchee Police Department,” he said. “I’ve had a lot of people in the whole valley and our community here reach out to me and say they’re excited for the opportunity to make some changes here and get this place to be a police department that everybody can be proud of — both the City Council and everybody living here.”

He said one idea came from his time with the Wenatchee Police Department, where he served for 13 years.

“We had a public safety committee that had (councilmembers) on it and met on a monthly basis to talk about things they were hearing from the community about the police department, concerns they had, and to run ideas and changes by them,” he said. “Just so when they got asked questions by the public, they had firsthand knowledge of what was going on with their police department.”

Councilwoman Sasha Sleiman, who ran for Eastmont School Board in the fall, asked about increasing safety and security at schools. Johnson said he went to college with several of the principals and has talked with them and some school board members about that issue.

In an interview, he said he’s spoken with the police union president and will meet with officers, individually and as a group, during his first month on the job. The department has about 20 officers.

Johnson said he also plans to meet with members of the public after he starts.