Santa and Mrs. Claus took a break from their busy schedule to do a window visit for residents at Tuscany Cottage Malaga on Christmas eve.  The jolly elves, also known as Bruce and Lori Reathaford, and had just come from a visit at Tuscany Cottage Cordell in North Wenatchee where Lori’s mom Carol Benson is a resident. According to Santa, the COVID-19 lockdown has made it difficult for families to visit at adult family homes, so he wanted to come by and spread some holiday cheer.

WASHINGTON, D.C. — A surprise scuffle over pandemic relief is set to run up against a crucial federal funding deadline next week as Democrats side with President Donald Trump in his demand for $2,000 payments to most Americans and Republicans take up his criticism of government spending.

After Republicans on Thursday objected to an attempt to replace the $600 payments in the latest pandemic relief legislation with the $2,000 payments Trump said he wants, Democrats say they will try again Monday, with a similar new bill that will be put to a full vote on the House floor.

“House and Senate Democrats have repeatedly fought for bigger checks for the American people, which House and Senate Republicans have repeatedly rejected — first, during our negotiations when they said that they would not go above $600 and now, with this act of callousness on the Floor,” House Speaker Nancy Pelosi, D-Calif., said in a statement Thursday.

The standoff over stimulus payments comes after months of intense negotiations finally yielded a compromise to inject $900 billion into the U.S. economy — including forgivable loans for small businesses, supplemental unemployment benefits, support for renters facing eviction and funds for vaccine distribution. Those measures were combined with $1.4 trillion in annual government spending, and now the entire package is in limbo.

Trump hasn’t explicitly said he would veto the legislation, which Congress finished processing Thursday after it passed both chambers Monday. The White House did not respond to multiple requests for comment.

If the president doesn’t sign the bill by Monday night, the government — now operating under temporary funding — would begin a partial shutdown starting Tuesday. The House may attempt to pass another stopgap funding measure Monday if Trump hasn’t acted.

The president tweeted a video Tuesday criticizing the $2.3 trillion bill. His call for $2,000 payments, which most Republicans rejected as too costly, surprised GOP lawmakers.

“Republicans in Congress and the White House can’t agree on what they want,” Hoyer told reporters Thursday at the Capitol. “Surely, the president of the United States, whether he is in Mar-a-Lago or someplace else, ought to empathize with the suffering and apprehension and deep angst people are feeling this Christmas Eve.”

Sen. Roy Blunt, a member of the GOP leadership, said there were not enough Republican votes in the Senate to pass the $2,000 payments.

“I hope the president looks at this again and reaches that conclusion that the best thing to do is to sign the bill,” Blunt told reporters.

The House will reconvene Monday to vote on the Cash Act, a bill introduced by Ways and Means Chairman Richard Neal to increase stimulus checks to $2,000. Democrats will have a video conference call before the vote to discuss Congress’s pandemic response, according to a person briefed on the plan.

Republicans on Thursday tried to seek unanimous consent on a measure to examine taxpayer money spent on foreign aid, but Democrats blocked that move.

In his complaint Tuesday about Congress’s combined virus aid and government spending bill, Trump criticized federal resources spent on international programs, even though such spending was included in his budget and was allocated as part of the bipartisan appropriations process.

Trump’s conflict with Congress further escalated this week with his veto Wednesday of the National Defense Authorization Act, which passed both chambers by large bipartisan margins earlier this month. The House plans to vote to override Trump’s veto Monday. If the Senate follows suit Tuesday, it would be the first time Congress overrules Trump.

News
A warning to 'evacuate now' and then an explosion in Nashville on Christmas Day
Tennessean.com/USA Today network/Elliott Anderson

Debris litters the road near the site of an explosion in downtown Nashville, Tenn., on Christmas morning.

A vehicle burns near the site of a the Christmas morning explosion in downtown Nashville, Tenn.

NASHVILLE — A recording from a recreational vehicle emitted a chilling warning minutes before it all exploded, rocking downtown Nashville at dawn on Christmas Day and lightly injuring three people in what police described as an “intentional act.”

Police described the vehicle, parked in the heart of Tennessee’s capital city at 6 a.m. on Friday, as a motor-home style of RV.

About the same time, police received an emergency call of “shots fired” in the downtown tourist area, said Nashville police spokesman Don Aaron. After arriving, they called in the bomb squad, which was on its way when the explosion occurred.

The blast ravaged the heart of the city, considered the capital of U.S. country music. It destroyed several other vehicles and severely damaged several buildings, launching black smoke into the sky that could be seen for miles.

Moments before the blast, police officers went door-to-door in nearby buildings to hustle residents to safety and motioned a man walking his dog near the vehicle to change direction.

“Obviously, they heard the announcements coming from this vehicle,” Aaron told reporters. “They took them seriously. And worked to seal the streets to protect folks and we think it worked.” He called the blast “an intentional act.”

Andrew McCabe, a former deputy FBI director, told CNN an explosion of this size would be investigated as a possible act of terrorism, whether domestic or international.

Police said it was unclear if anyone was inside the vehicle and the motive was unclear. McCabe said police may have been the target of the explosions given they were called to the scene before the blast.

Most of the buildings on the tree-lined street with shops and offices were closed given the hour and Christmas holiday.

The explosion, which could be heard for miles and felt nine blocks away, knocked one officer off his feet and caused what was hoped to be only a temporary hearing loss, the police spokesman said.

President Donald Trump was briefed on the explosion, a White House spokesman said.

Car bombings in the United States are rare.

A 1995 truck bombing in Oklahoma City killed 168 people including 19 children, and wounded hundreds. Timothy McVeigh was executed by lethal injection in June 2001 for the attack.

In April 2010, a food vendor foiled an attempt to set off a car bomb in New York’s Time Square. 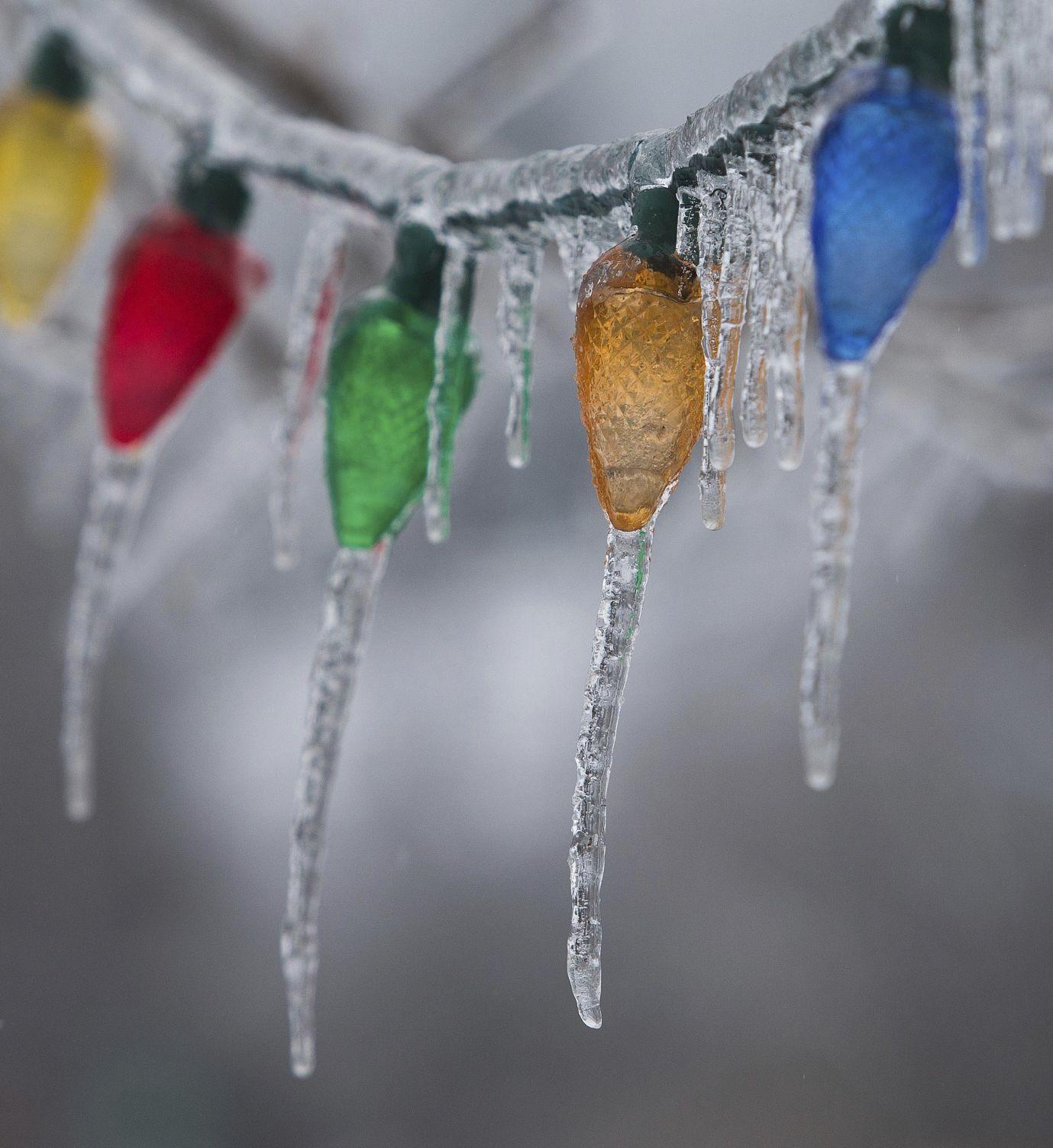 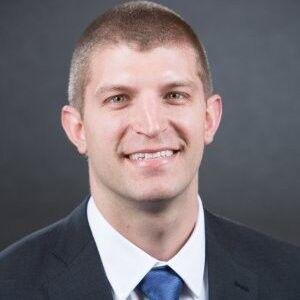 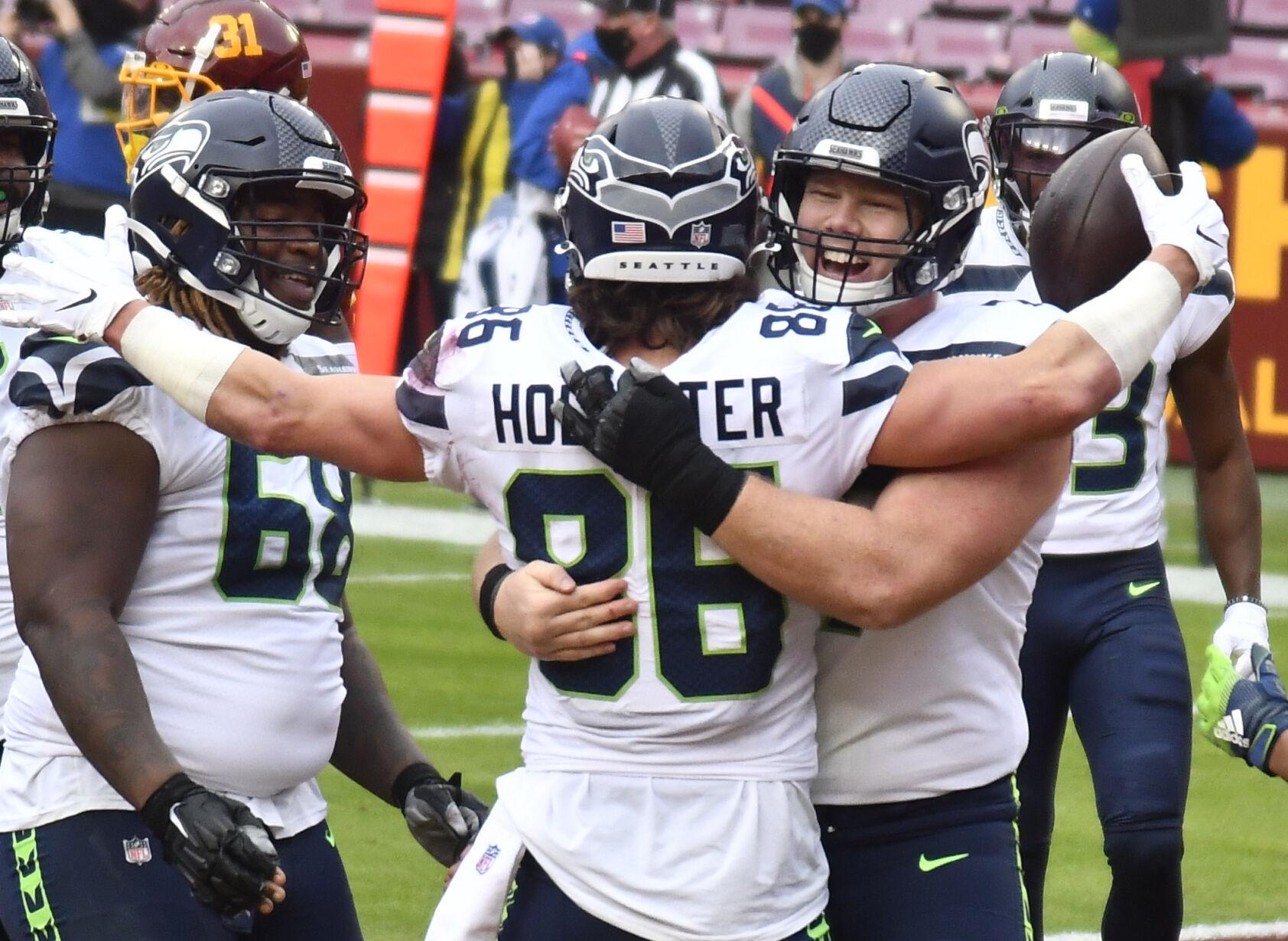 Seattle Seahawks tight end Jacob Hollister (86) is congratulated by guard Ethan Pocic (77) after scoring a touchdown against the Washington Football Team during the first half at FedExField. Brad Mills/USA TODAY Sports 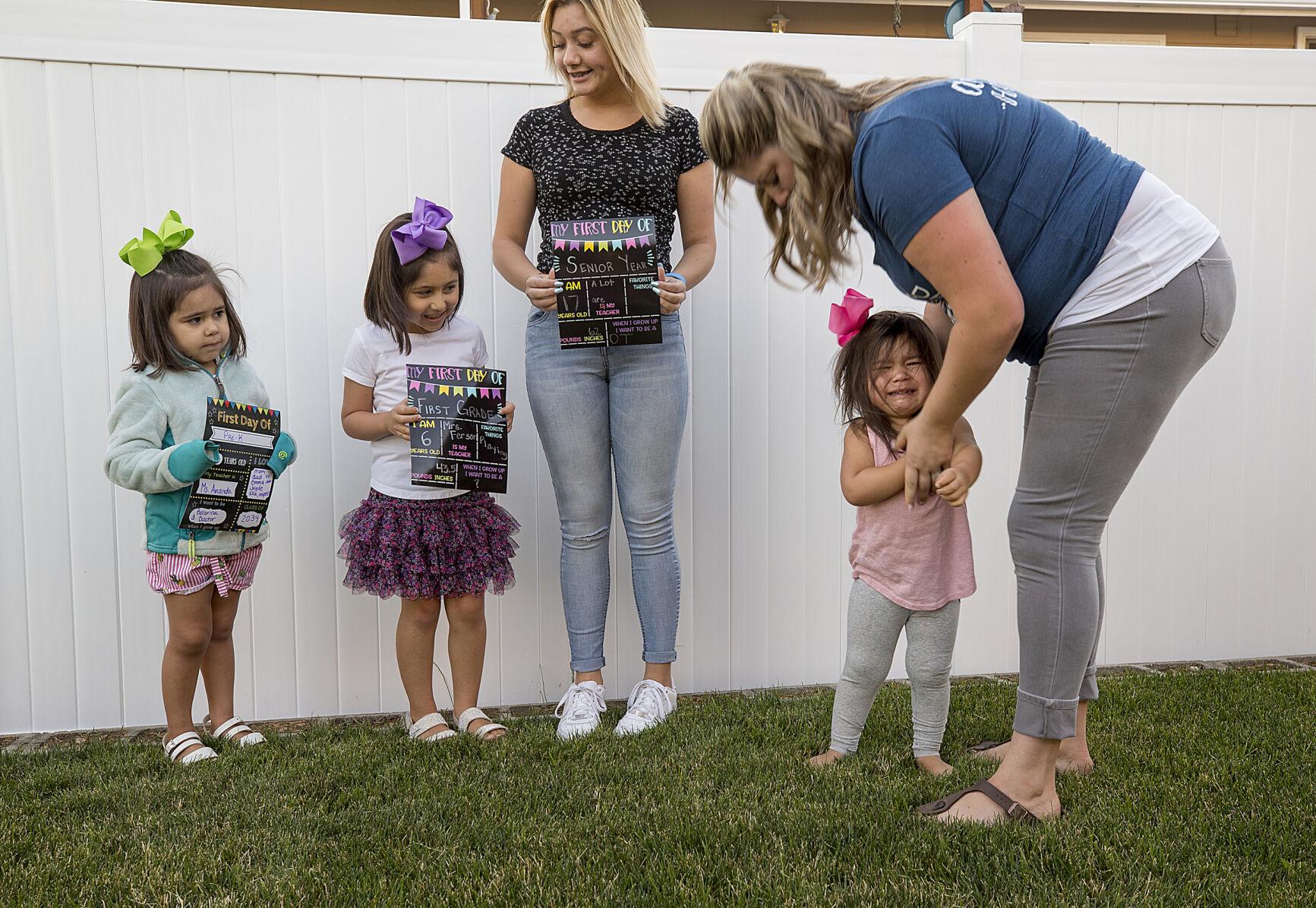 Ella Serrato, 3, is not too happy posing for first day of school photographs Wednesday, Aug. 26, 2020. "She woke up too early," her mother Kristi said. From left are sisters Evie, 4, Emma, 7, and Jayde, 17, a senior this year at Eastmont High School. It was an early morning start for the Serrato family. After pictures, she was dropping off children at Kristi's mother's house, some at preschool, and then heading to work as a para-pro at Cascade Elementary School. 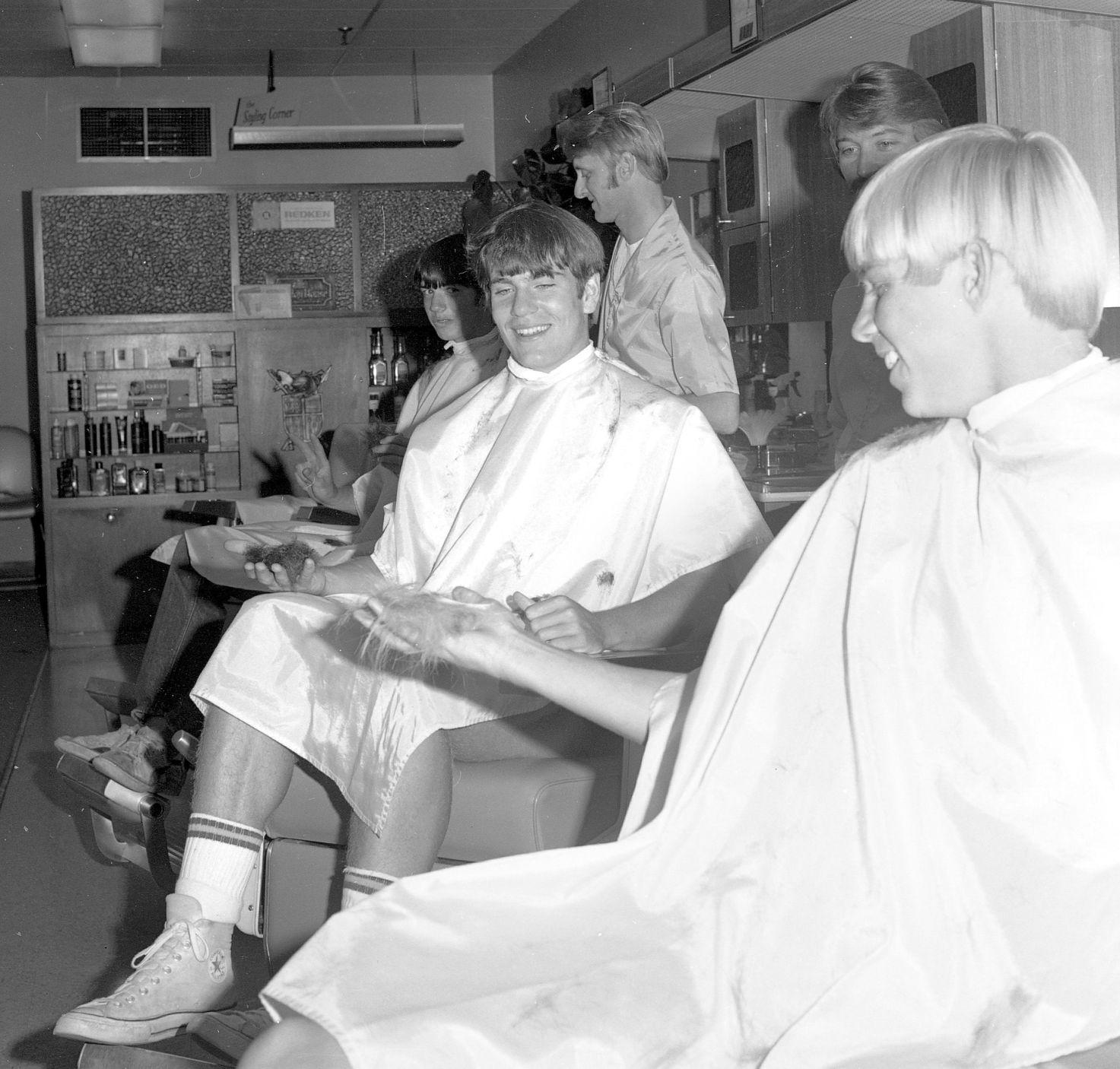 SACRIFICES FOR FOOTBALL: Wenatchee High School Panther prospects take their first step toward preparing for the 1973 football season by getting their hair trimmed at the Valley North Barber Center. They were Mike Kuntz (foreground), Fred Grimm and Mike Allen (background). Performing the trimming duties were barbers Marvin Ellis and Dan Brittingham.

News
Next up for retailers: A big wave of gift returns
Reuters/Mario Anzuoni

NEW YORK — As shoppers tuck their final Christmas presents under the tree, U.S. retailers are bracing for a record-setting flood of returns of online gifts bought during the deadly surge in coronavirus cases. To make the process more efficient, retailers including Walmart Inc and Target Corp let shoppers drop unwanted gifts at FedEx or United Parcel Service drop-off sites.

Some retailers, including Best Buy and Nordstrom, are offering curbside returns for the first time as efforts to stop the spread of COVID-19 have shuttered stores or reduced the number of customers allowed inside.

Returns are set to swell this year. Shoppers seeking to avoid contagion shifted from stores to online — where return rates are historically higher. Retailers also are under pressure to make the process as seamless as possible for the shoppers they want to retain as longtime customers as well as for UPS and FedEx, which are inundated with packages.

Even some shopping malls are moving to make returns easier for their tenants. Mall of America and Simon Property Group have both partnered with Narvar, a returns management provider, to eliminate the need for shoppers to print return labels for packages they drop off.

The National Retail Federation expects 2020 holiday sales to jump as much as 5.2% from last year to $766.7 billion. Roughly 13% of merchandise, or about $101 billion worth of goods, sold during the 2020 holiday season will be returned, the trade group said.

Optoro, which helps retailers sort, resell and dispose of returned merchandise, puts the number even higher. It predicts that 2020 U.S. holiday returns will hit $115 billion between Thanksgiving and end of January. That is up 15% from the 2019 prediction issued by the firm, which counts UPS and home furnishing retailer IKEA among its investors.

“That math has created a significant increase in returns,” said Zomok, who added that apparel returns are at a record high.

“When your shopping is 100% online, you’re probably ordering a couple extra (items) with the intent of returning,” said Sriram Sridhar, chief executive of LateShipment.com, which helps clients track packages.

“We expect every retailer to face around 50% more returns than they have faced in the years past during the holiday season,” Sridhar said.

What’s more, retailers also quarantine or sanitize products after they are returned to ensure they are free from the virus.

“This is not the typical way returns are processed,” said Paula Rosenblum, managing partner at retail research firm RSR Research. Kohl’s, which collects Amazon.com returns and sends them in bulk back to e-tailer, has extended its own deadline for premium electronics.

It joins a swath of retailers, including Walmart, Macy’s and Amazon, who are giving shoppers more time to return purchases — a move that could make it harder to resell seasonal merchandise. Getting those products turned around for resale is vital — particularly for fast-fashion retailers who sell trendy apparel, Inmar’s Zomok said.

“The window is going to be short,” Zomok said.