Ohme Gardens Director Jason Browning on March 24 blows debris off of the rock wall above Sylvan Pool. After over a year of being closed, plans are to open the popular tourist attraction on April 15.

Ohme Gardens Director Jason Browning empties a can of brush into a dump trailer in front of the new office and gift shop building at the entrance to the park.

Samantha Segaline cleans out an area of Ohme Gardens as work continues to ready for opening day on April 15.

Sam Eastburn rakes up branches and pine needles left on the grass over the winter at Ohme Gardens on March 24. East Wenatchee and the Columbia River stretch out in the background in the spot near the park's entrance.

Sam Eastburn cleans an area at Ohme Gardens on March 24. The park, which did not open last year do the COVID-19 pandemic, is set to open its 2021 season on April 15.

WENATCHEE — Ohme Gardens is turning over a new leaf after a year spent closed due to the COVID-19 pandemic.

The garden has a new 1,200-square-foot building at the entrance that includes office space and a gift shop for visitors, said Jason Browning, Ohme Gardens director. A walkway using the garden’s original stones has been put in and updated signs will be added to the garden.

The garden’s staff took advantage of the 2020 closure to make the improvements and will open for the 2021 season on April 15.

Browning has been in charge of Ohme Gardens for more than two years and has been working to bring the garden into the 21st century.

“The gardens lacked, and still do a little bit, a direction,” Browning said. “They’ve been operated like a tourist attraction. But one of the things I’d like the commissioners to do is to make this more of a community-dwelling place.”

Ohme Gardens is a major tourist draw for Chelan County, with 80% of its visitors coming from outside the county. It attracts about 16,000 people annually, which is a decrease from the over 30,000 that visited each year in the 1970s to 1980s.

In the 1990s, the state took over ownership of Ohme Gardens with the agreement that Chelan County would operate it, he said. Chelan County only agreed to operate it if it didn’t cost the county anything, and the state managed the garden on a shoestring budget.

In 2008, the county took over operation of the garden fully. The county uses its general fund to support operations, Browning said. The county provided the garden with $100,000 in funding in both 2019 and 2020, according to the Chelan County budget.

Herman Ohme, who started in the garden in 1932, envisioned the garden as an alpine meadow and realized that trees would need to be periodically removed in order to keep the appearance, Browning said. One of the garden’s main attractions is its views of Mission Ridge, the Columbia River and the Enchantments.

The state failed to keep up with that vision, though, and the trees grew taller than previously planned, blocking views, he said.

“It sort of needs to be a juxtaposition against the rest of the shrub steppe out there — sagebrush desert to this oasis here,” Browning said.

Browning has been working to restore the original vision for the gardens. In the last 18 months he’s removed 50 trees that were sick and dying.

Browning wants to transform the garden so more community events can occur, he said. The garden is purchasing a stage that it can place on its main lawn. He eventually would like it to be free for residents of Chelan and Douglas counties to visit the garden.

Plans are to bring back the movie nights that the gardens hosted in 2019, Browning said.

As for weddings, the garden is booked already for the season, he said. The park’s rates are competitive and they are flexible with what guests want to do, which is why people like using the space.

“You can bring up Domino’s here; we don’t care,” Browning said. “It allows people to have a really beautiful venue without being nickeled and dimed to death.”

CHELAN — Slidewaters is gearing up for its 2021 season next month after spending most of last summer fighting against restrictions set in place due to the COVID-19 pandemic.

The Chelan-based water park will introduce its new wave pool attraction, Lakeside Surf, on May 1. Lakeside Surf was still under construction when the pandemic hit last year. The main water park will open on May 29, continuing a Memorial Day weekend start tradition of nearly 40 years.

The lawsuit with the Department of Health was settled in November, with the waterpark owners agreeing to discuss reopening requirements with state and local health officials.

The $9,639 fine from the state Department of Labor & Industries is currently in the appeal process, and the third court action is awaiting oral arguments in the U.S. Ninth Circuit Court of Appeals, according to co-owner Robert Bordner.

Co-owner Burke Bordner is grateful to their team members, guests and community in helping them get to this reopening, according to a Slidewaters press release.

“We’re excited to host families again and help people have a great time in Chelan this summer,” said Robert Bordner.

Both Slidewaters and the new Lakeside Surf will reopen under guidelines from the Department of Health that limit the capacity of the park, according to a Slidewaters press release.

While in Phase 3 of the state’s “Healthy Washington” reopening plan, 400 reservations are available to guarantee a spot at the water park. Another 600 people will be able to arrive at the park on a first-come, first-serve basis, said Robert Bordner.

If the county reverts to Phase 2, capacity drops to 400 people and reservations become mandatory.

The park will enforce COVID-19 guidelines with guidance from the Department of Health, according to a Slidewaters press release. The park’s guidelines can be found here: wwrld.us/slidewaters.

Slidewaters will do its best to adjust to any changes if the Department of Health updates any of its COVID-19 guidelines, Robert Bordner said. 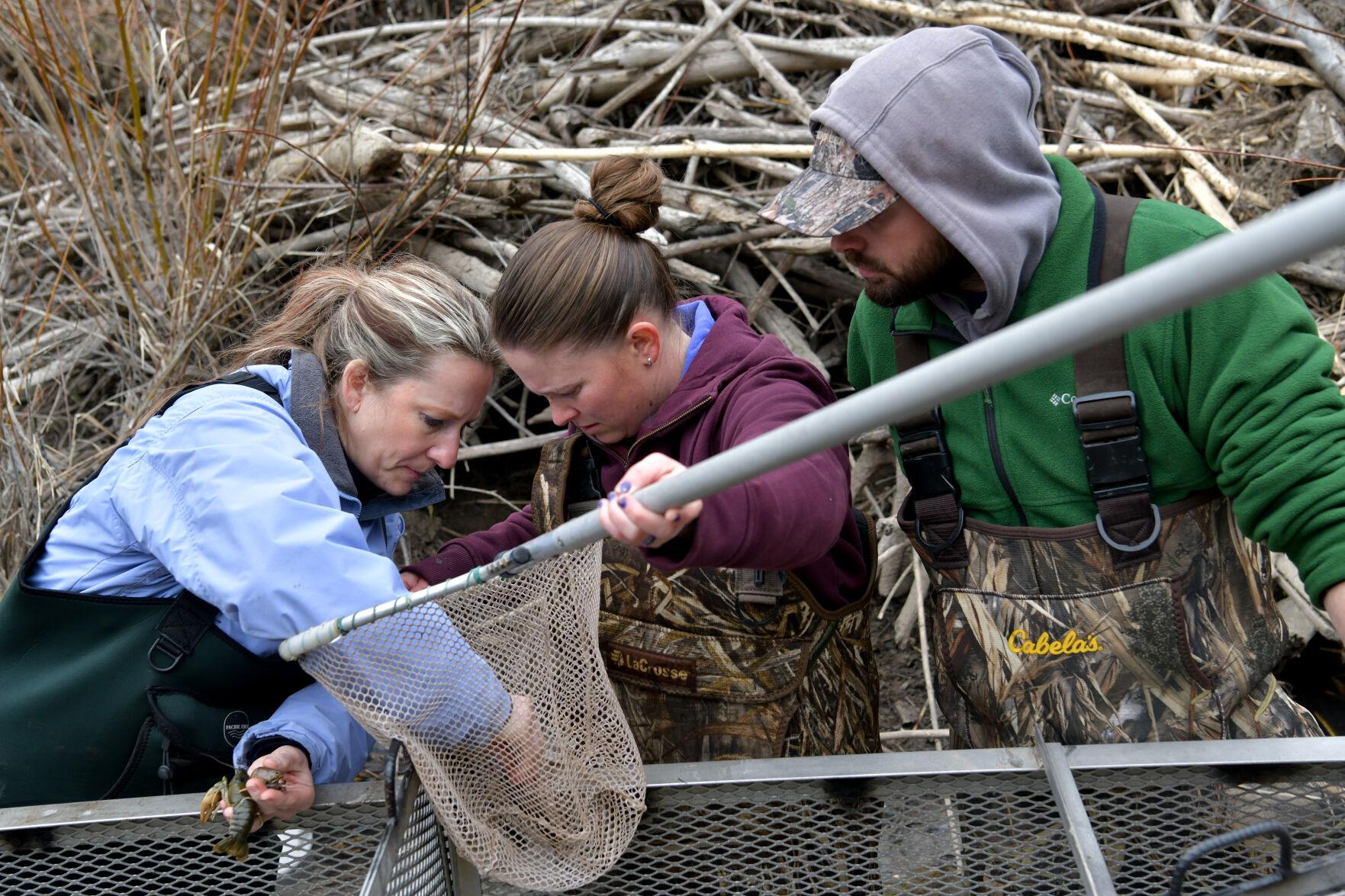 Tamara Knudson, left, project manager for Lake Roosevelt fisheries evaluation, holds an invasive crayfish as she and Casey Flanagan, center, a water and fish project manager and Calvin Fisher, a fisheries biologist, check a trap at Blue Creek near Wellpinit on March 24. 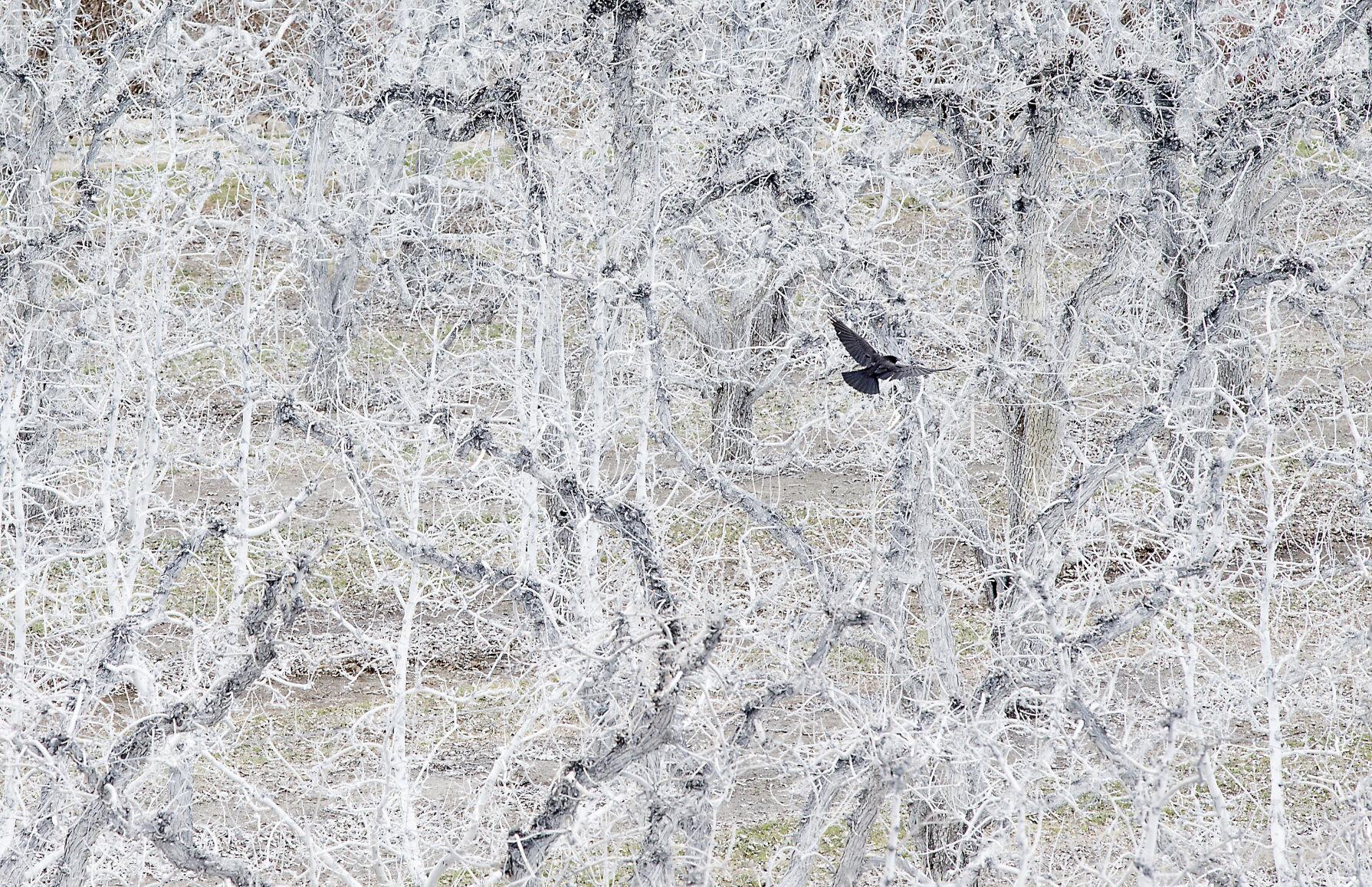 A crow flies over a pear orchard white with kaolin clay near Monitor Thursday, March 25, 2021. Orchardist use the natural pest control product in their spring spray program. 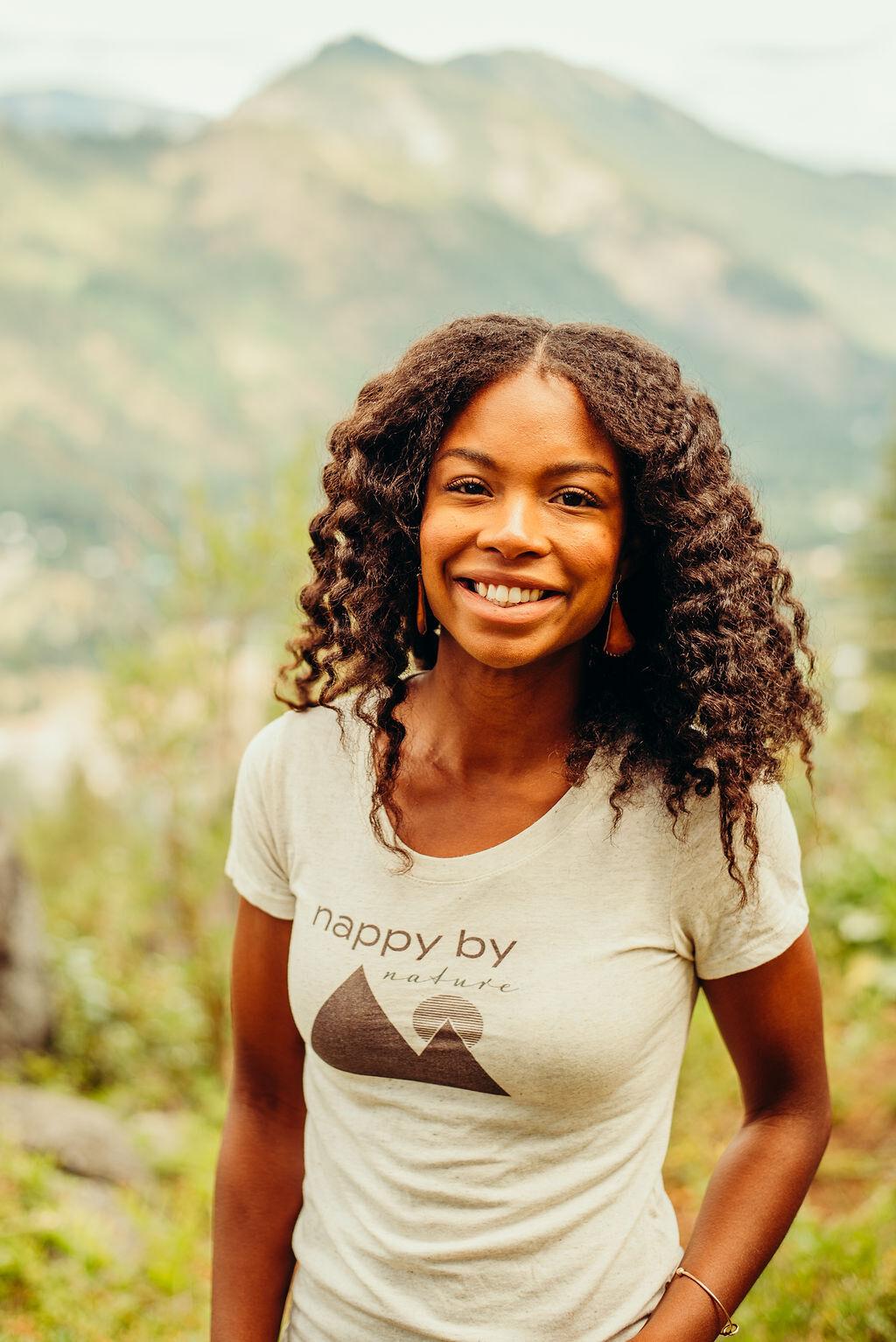 Coronavirus
Eastmont elementary students will move to full-time April 26; secondary on May 3

EAST WENATCHEE — The Eastmont School District plans bring elementary students back full-time on April 26 and middle school and high school students back on May 3. 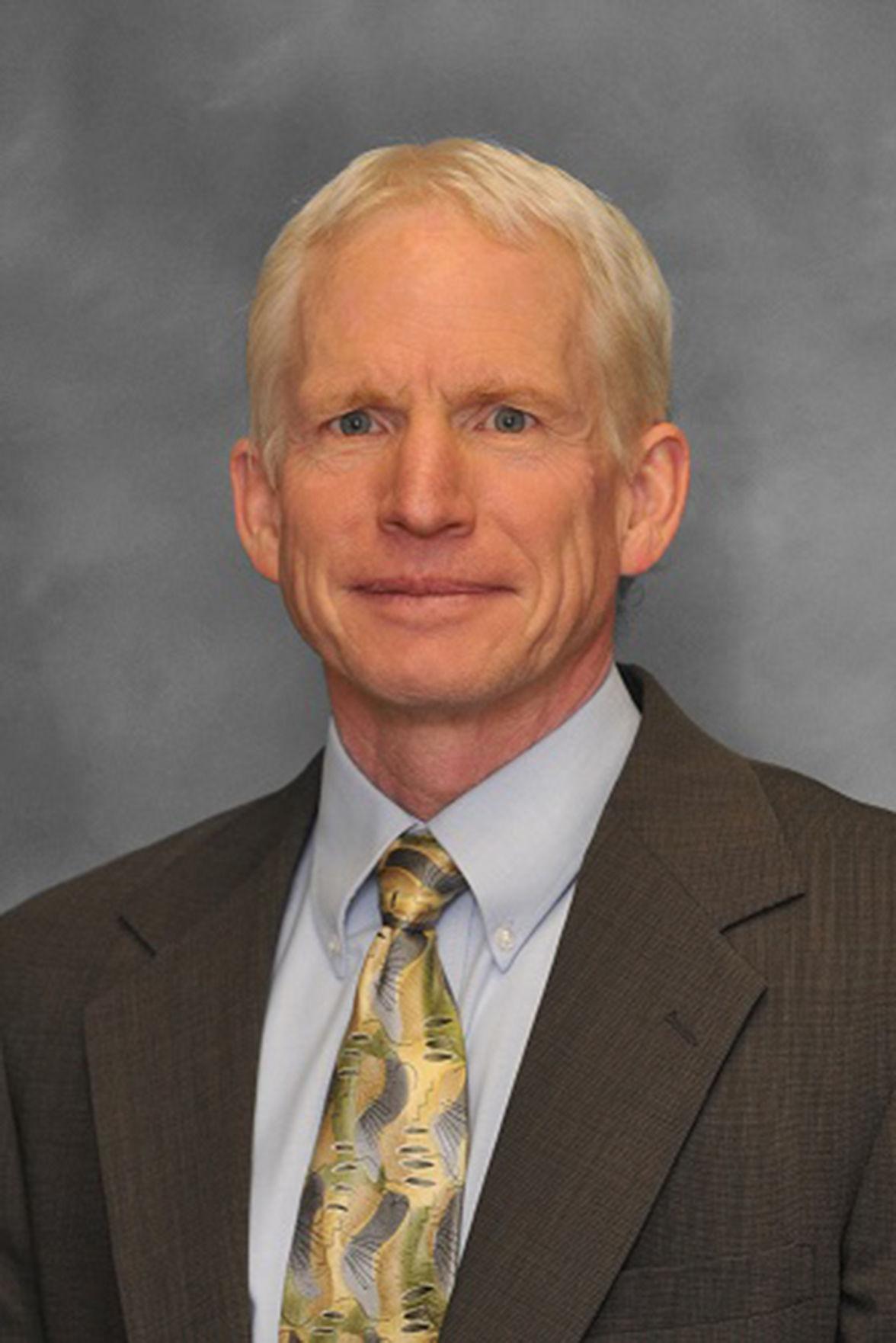 Eastmont Superintendent Garn Christensen said the rule change means the district can move forward with its plans to allow elementary and secondary students more time on campus. Students currently are on a hybrid schedule, attending in-person every other day, so half the students are in classrooms at a time.

“When you look at the new guidelines, they basically ask us to maximize our ability to return students to campus. The 3-foot is allowed but the 6-foot is still the goal. The 6-foot is still required in many circumstances that we work towards,” Christensen said.

Christensen likened it to bringing a group of 15 puppies into your house. That would be difficult enough, but then add five more puppies.

“What we’ve been asked to do, even with the 3-foot distancing, is still really a challenge. It’s a very hard task for all educators to comply with that yet still do the job of core instruction,” Christensen said. “Education has never been for elementary or even our teens to just stay in one place. Kids tend to congregate and gather and get close.”

The Wenatchee School District decided Monday it will bring back elementary students full-time starting April 19, but older students will continue hybrid instruction through the end of the school year.

A May 3 return is about a month before the school year ends. Christensen said every time they have been able to return students, a lot has been learned.

“Anything we can do with this last step, these requirements might very well be what we start school with, it would be great to get those in place, test them out and refine them so that when we do begin in the fall, we understand what we have,” he said.

Spring break is next week. The Eastmont School Board meets that following Monday. Christensen said he’ll give the school board an update on the status at that time.

Christensen said the school district this summer is planning a comprehensive K-12 summer school that will include transportation. Most students, he anticipates, will be eligible. Summer school will start in June and run until the end of July.