Construction continues on a Wendy’s in the Hobby Lobby parking lot in East Wenatchee. No opening date has been set.

EAST WENATCHEE — Wendy’s is on its way to the Hobby Lobby parking lot.

The city issued the building permit July 15 for the 2,161-square-foot restaurant, which will seat 55 people and include a drive-thru. Construction has started, but an opening date has not been announced.

Plans for a Wendy’s on the northeast corner of the 9-acre property have been on the books at least since the property was sold after Top Foods closed, said East Wenatchee Community Development Director Lori Barnett.

“The application to create the lot was submitted in 2013, but they never got around to finishing it,” she said. “A Wendy’s was always slated to go there. Other than a sewer line extension, the other infrastructure was there.”

The city received the application in January. Figuring out the traffic flow took some time.

“We worked quite a bit on the driveway approach, to get in and out to Grant Road. It’s a fairly congested area,” she said, serving Fred Meyer to the north and Hobby Lobby and soon-to-be Wendy’s to the south.

“It is a challenging location due to the steep terrain and short distance between both legs of SR 28,” she said. “We did end up restricting the driveway exit path out to Grant Road to a right-turn only.”

Currently traffic can turn left out of the Hobby Lobby parking lot, to go to Fred Meyer.

“That movement has caused some delay and near misses in the past,” she said. “With the increase in traffic at that driveway intersection, all vehicles leaving the Hobby Lobby/Wendy’s property at the Grant Road driveway will be required to turn right. There will be a barrier there that will not allow left turns.”

That means that people who want to stop at Fred Meyer after a trip to Wendy’s or Hobby Lobby will have to take the long way around to get back to the highway and then to Grant Road heading west.

The most likely scenario, she said, is people will stop at Fred Meyer first.

Left turns from Grant Road into the Hobby Lobby/Wendy’s driveway will still be allowed.

To help prevent further back up off Grant Road, the actual entrance to the restaurant parking lot and drive-thru will be from the south of the newly created corner lot.

“Initially, they proposed having the entrance right as you came in,” she said. “We were concerned cars would block folks coming down Grant Road and turning left.”

The Wendy’s/Hobby Lobby property also has access off Riverview Drive to the east.

“That exit is also a right-turn only exit,” Barnett said.

New signs and pavement markings reminding people not to block the driveways are in the plans as well.

“We will try to make it more visible so the queue for folks to stay back and leave the intersections open,” she said. “We had the same problem coming out of Riverview Drive and eventually moved it into a one-way.”

The project will come with required landscaping and will look like most other Wendy’s restaurants. The property owners are still working on sign placement.

“It’s a good location,” Barnett said, despite the traffic concerns. “It’s going to be congested, but this is an urban area. People will have to slow down and take a deep breath.”

Once open, it will be the second Wendy’s in the Valley. Wenatchee has one at 1919 N. Wenatchee Ave.

John Niemeyer of Mainlander Investments in Gladstone, Oregon, is listed as the property owner. The contractor on record is listed as New Style Construction LLC of Kent.

Wendy's one of several projects underway

The new Wendy’s restaurant now in the works at 10 Grant Road, is valued at $316,182, according to its building permit.

The city also is tracking progress on a mini storage facility, a marijuana processing facility and a host of Eastmont school additions.

“Other than that, most of the building activity is in apartments and houses,” she said. “That’s good. We need the housing.” 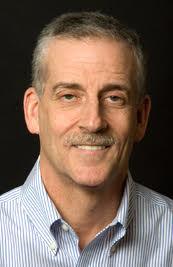 Our dear friend Harriet Bullitt is celebrating her 96th birthday on Thursday with an online event to support one of the philanthropist’s greatest passions — supporting young people who are pursuing excellence in the arts.

I can’t think of a single person who has made a greater impact on North Central Washington in the last half a century than Harriet. Her generous support of history, conservation and the arts has quietly transformed this region.

“To whom much is given, much will be required,” according to Luke 12:48. And Harriet has used her influence and wealth in such a way to benefit future generations. But one doesn’t have to be a wealthy philanthropist to follow in her footsteps. Regardless of our resources and gifts, we can find ways to contribute meaningfully in our communities.

The public is invited to help Harriet celebrate from 6-7 p.m. on Thursday, Sept. 10 by joining online at icicle.org/birthday. The party will include messages from some of her favorite artists showcasing highlights from outstanding performances in the past.

The event is free, and all donations will support Icicle Creek Center for the Arts’ programs to provide programs for students. It should be quite a party. Harriet, thank you for all you have done and continue to do to make this valley exceptional.

This story has been deleted by the news provider.