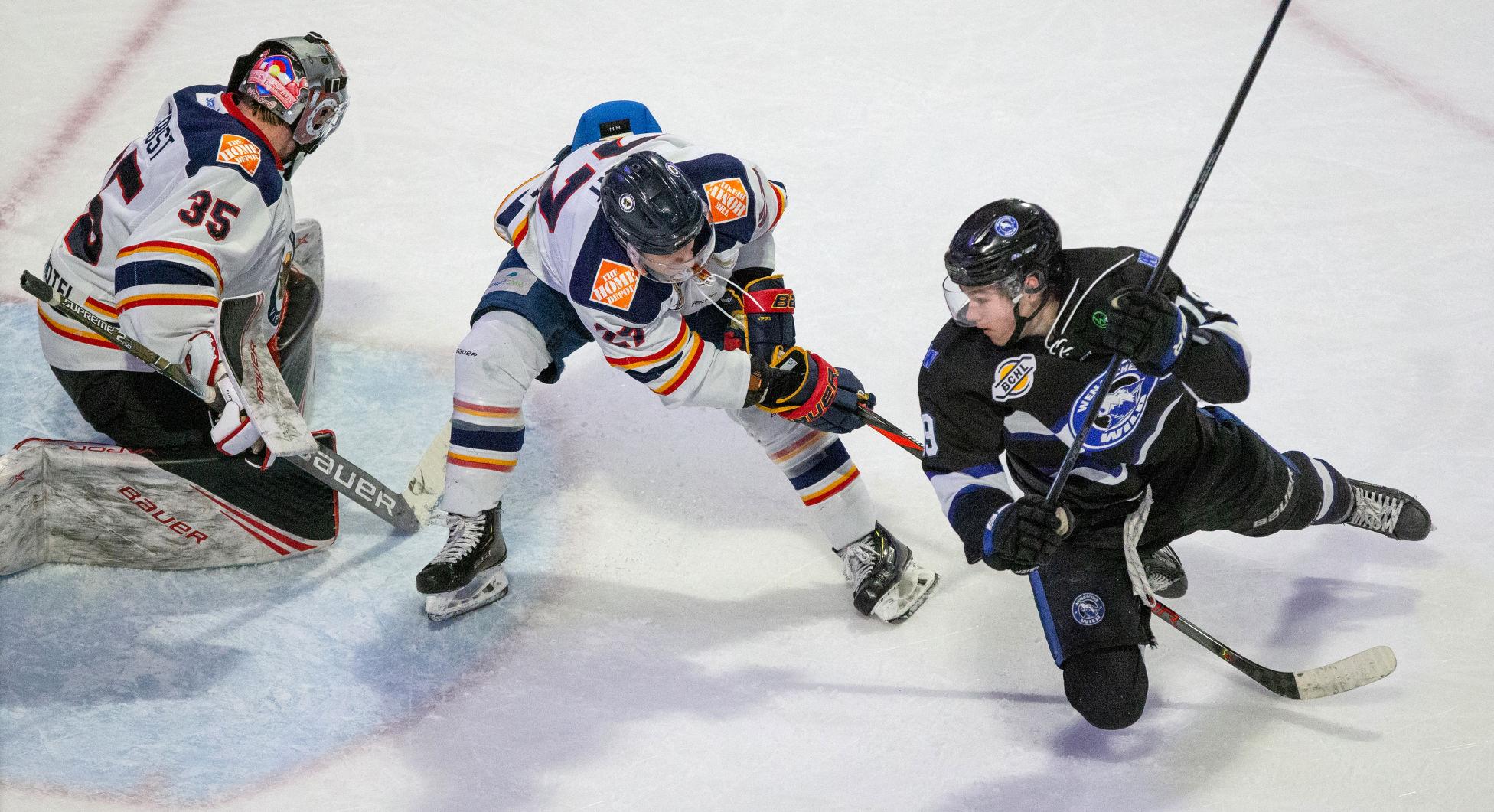 Emails obtained from the Chelan-Douglas Health District in a public record request from The Wenatchee World — first filed by Columbia Legal Services — show a streak of infighting over the pandemic response. 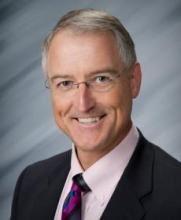 WENATCHEE — In early June, some Chelan-Douglas Board of Health members wanted the health district to consider using an outside expert’s plan to respond to the COVID-19 pandemic.

The request led to an argument through a series of emails between some board of health members and then-Health Administrator Barry Kling.

That exchange led to Wenatchee Councilwoman Ruth Esparza, also on the board of health, saying in an email to Kling, “We need to work together, but it is my humble opinion that you are trying to obstruct the board from doing our due diligence as elected officials.”

“I have always thought that part of my job is to give you my best professional opinion,” Kling responded. “I am sorry you do not like the opinion this time around, but it is a mistake to accuse me of obstruction, much less of being (along with our staff) the biggest threat to the health of the community.”

This email exchange was one of many The Wenatchee World obtained in a public record request — first filed by Columbia Legal Services, for Kling’s emails. The Immigrant and Latinx Solidarity Group and Columbia Legal Services allege the emails show that some members of the Board of Health, who are also local elected officials, prioritized the welfare of the business community over public health.

The emails do highlight concerns about the direction of the board from Kling, Health Officer Malcolm Butler and former Health Board Chairwoman Jill Thompson. Thompson is also a registered nurse and the only member of the board of health with medical experience.

Thompson said in an interview on Thursday she felt the board was losing sight of its priorities and confusing their roles as elected officials with their roles as board of health members.

“There were some commissioners that were using it kind overly politically,” Thompson said. “They were really worried about the economy and they said things and did things that pushed Barry in a way that he didn’t believe.”

Kling on Friday declined to comment and said people could interpret the emails however they wanted.

The health district provides services on everything from inspecting septic tanks to coordinating efforts to tackle a pandemic.

Esparza said in an interview Friday that she was not confusing personal politics with the duties of the health board.

“The board has always, always put public health as a priority,” Esparza said. “And the fact that some of us board members got involved in a lawsuit on our personal time, not having anything to do with the board, is very separate and apart.”

Several of the board members — Douglas County Commissioners Marc Straub and Dan Sutton, and Esparza — were plaintiffs involved in a civil lawsuit attempting to overturn Gov. Jay Inslee’s “Stay Home, Stay Healthy,” order. All three eventually removed themselves from the unsuccessful lawsuit.

In an email, Esparza asked the board to reschedule a meeting so members could attend a hearing on the litigation.

She was only speaking to the members of the board involved in the lawsuit and not encouraging the entire board to attend the civil lawsuit, Esparza said in an interview Friday.

The lawsuit was a serious point of contention between Kling, Butler and Thompson and other board members.

Kling also said in an email exchange he felt pressured to participate in the civil lawsuit from Chelan County Sheriff Brian Burnett.

“Sheriff Burnett called me to urge that I immediately provide a statement regarding the Board of Health resolution of 5/26, providing an official copy since the one provided with the lawsuit was labelled a draft,” Kling said. “He insisted that I do this immediately and report back to him when this was done.”

Burnett said in an interview Thursday that the situation had been taken out of context. The plaintiffs in the civil lawsuit were trying to reach Kling and couldn’t, so Burnett reached out to him. Burnett said he was not a participant in the lawsuit, but was connected with those involved.

“I didn’t have the skin in the game,” Burnett said. “Did I have a personal belief on where I wanted the lawsuit to go? Absolutely, because I don’t believe the governor should have the right to do what he did based on certain things.”

Thompson said in an email exchange that she was “deeply troubled” by the actions and emails of board members. In particular, both she and Kling were concerned about a push by board members to use a health plan developed by an outside source, Debbie Weber.

That health plan used the Chelan-Douglas Health District’s existing influenza plan, with some adaptions, and said it was sufficient to respond to the current pandemic, according to the plan’s cover letter.

“(The health plan) was basically a rewrite of our influenza plan so (Esparza) could make the court case that coronavirus was just a form of flu and that the governor was overreacting,” Thompson said in an interview.

The plan — made by Darcy Webber — was sent by Shawn Ballard of Ballard Ambulance. Overbay and Esparza asked Kling to just look at it, Overbay said. The email exchange confirms that Ballard was the first to send the plan.

“It wasn’t so much pressure from us,” Overbay said. “It was to offer some assistance, because our staff was being worked really hard, Barry was working some long hours. It was, ‘Can we take a different approach to this thing?’”

Ballard asked Webber to help because she helped restructure the environmental health division of Public Health — Seattle & King County department. She is not an epidemiologist and does not have a medical degree, Ballard said Friday.

According to her resume, which was in the email exchange, she has a master’s in public health and global communicable diseases from the University of South Florida and is currently studying for a doctorate in naturopathy from Bastyr University in Kenmore Washington. She also served as a preventive medicine officer for the United States Army and a deputy surgeon, according to her resume.

Health Officer Butler also sent an email to Board of Health Member Marc Straub, a Douglas County Commissioner, asking Straub if he’d used a statement by Butler in his role as health officer in the civil lawsuit.

In an interview on Thursday, Thompson said it sometimes felt like members of the board were more worried about reopening the economy than the pandemic or virus. They were pushing Kling to submit applications to move to higher phases, despite knowing the counties did not qualify.

“They were not realizing how hard these people (health department employees) were working,” Thompson said. “What is it that they’ve done.”

Kling was working seven days a week and responding to crisis after crisis, including an outbreak in infections within nursing homes, she said. She started to worry that he was going to burn out. Kling did eventually announce his retirement on June 23.

“We did have a very functioning health district,” Thompson said. “I don’t think we do currently. I think we’re in a world of hurt.”

Kling retired along with several other health officials and other employees of the health district have started eyeing the door, she said.

Thompson also stepped down as chairwoman of the board in July. The board needed a more political chairperson, who could handle phone calls and emails 24/7, she said.

“I’m really not a political animal,” Thompson said. “I’m here to make the town of Waterville run well. I’m more of a city manager than a politician.”

Local
Construction for First Street Bikeway gets underway; work should be done this month
By Zach Johnson
World sports writer

Bailey Bradford, left, and Jaime Serrato with Rudnick and Sons Excavating of Wenatchee smooth gravel in the middle of one of six round-a-bouts being built on First Street in Wenatchee, on Wednesday. The traffic circles will be between Chelan Avenue and Miller Street.

First Street between Miller Street and Chelan Avenue is closed for the construction of traffic circles and bike lanes.

The city of Wenatchee is planning several changes to First Street this summer to improve bicyclist safety.

WENATCHEE — Construction is underway of the First Street Bikeway between Chelan Avenue and Miller Street.

Engineering Services Manager Jacob Huylar indicated to The Wenatchee World in July that the project would be completed in September.

The project will cost $378,800, with $342,800 funded through by a state Department of Transportation (DOT) grant through its Pedestrian and Bicycle Program. The other $37,000 is being covered by the city.

“The concept was developed by Perteet Inc. back in 2016 and 2017 as part of the First Street Bikeway Study,” Huylar said in July.

The city is also planning to add street markings at Miller Street and Wenatchee Avenue to indicate where people should cycle and put bike boxes at both intersections to allow bicyclists to cross ahead of other traffic.

Initially, the city planned for curbing along First between Chelan and Wenatchee avenues, along with crushed rock in the traffic circles. Instead it decided to go with planters instead of curbing and pigmented concrete instead of crushed rock.

ROCK ISLAND — When construction workers removed the air conditioning system at Rock Island Elementary School this July, most knew working on the building could be problematic on hot days.

Construction began this summer at Rock Island Elementary School to add a new kitchen, cafeteria and six new classrooms as the school transforms from a K-4 school to a K-6 school.

Rock Island Principal Penny Brown warned teachers coming back to the building there would be no air conditioning.

“Mornings are not bad. We keep all of our doors open and there are tons of fans running. By afternoon, it’s starting to heat up and even open doors aren’t helpful,” Brown said.

The staff has the option to come in the morning and work from home in the afternoon, Brown said. This week, Brown said they were having problems with technology, which they later found out was valley wide.

Teachers found the technology worked better from home, so they had the option to stay home for a reason other than the air conditioning.

“Moving forward, we’ll just monitor how warm it is supposed to be. We’re trying to be really understanding of what people are dealing with. Sometimes, folks will come in early in the morning and put the rest of the hours at home,” Brown said. “Other times, they decide to stay in their room all day. They have been troopers.”

There are no students in the building, but Brown said that was not part of the thinking process when the construction began.

“If the kids had been able to come back, we would have had a big party and been as happy as clams. In some ways, it’s nice that is not something we have to accommodate right now,” she said. “It’s had no impact on the decision.”

The Eastmont School District is converting all its elementary schools from K-4 to K-6. This means each school has to increase the size of their buildings, especially Rock Island, Brown said, because all their current classroom space is used up.

This time next year, Brown said they will have a new kitchen and cafeteria along with six new classrooms. Rock Island is K-4 now but will change to K-5 next year and K-6 the year after. 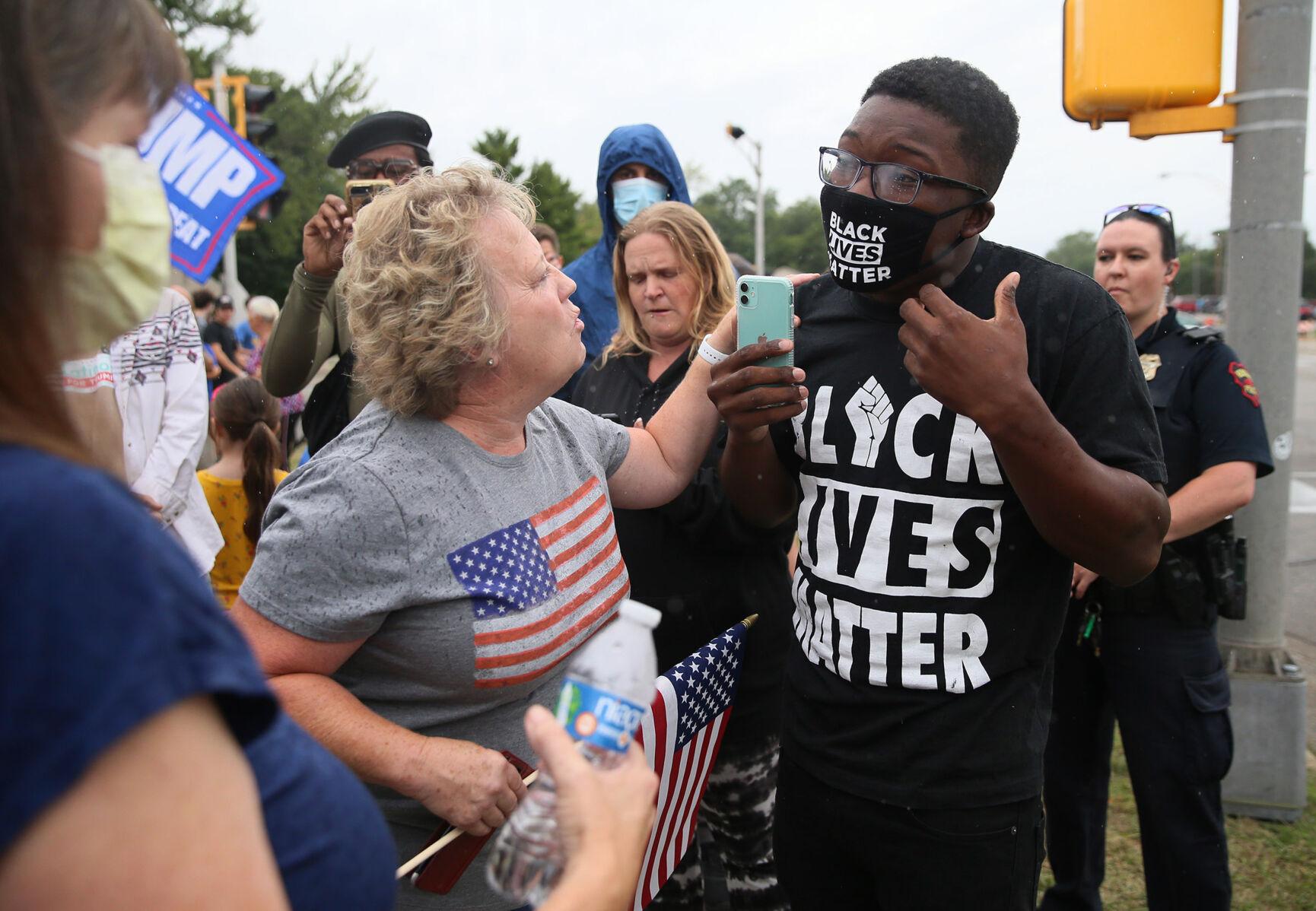 Supporters of President Donald Trump and a Black Lives Matter supporter face off as they wait for Trump's motorcade to pass in Kenosha, Wis., on Tuesday.