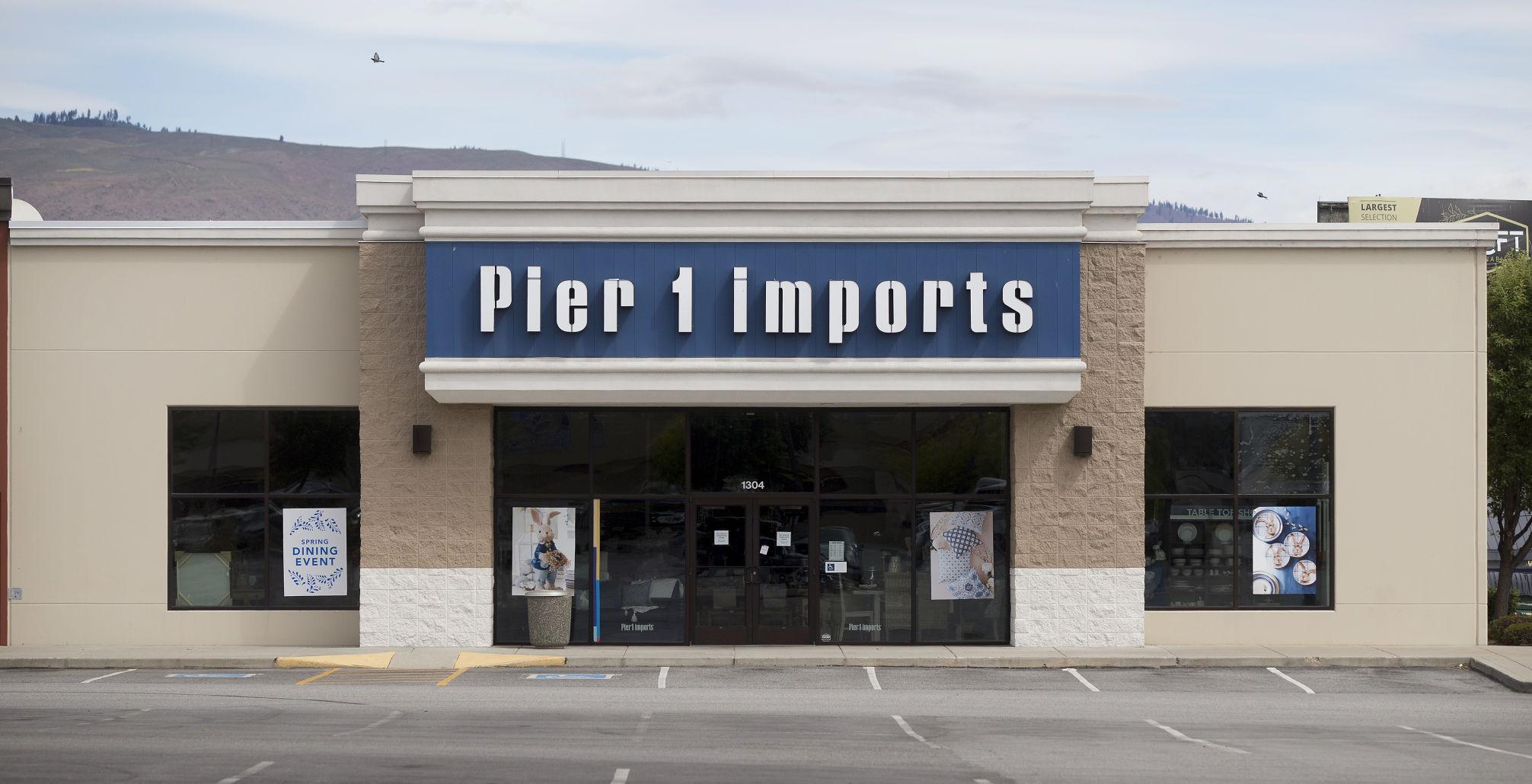 World photo/Don Seabrook Pier 1 Imports in Wenatchee will begin a going out of business sale when COVID-19 regulations ease, the store seen here Friday, May 22, 2020, remains closed. The company filed for bankruptcy on Tuesday.

WENATCHEE — A group of community leaders, businesspeople and private citizens on Friday sued Gov. Jay Inslee to force him to end the COVID-19 state of emergency in Chelan and Douglas counties.

The plaintiffs believe there is no longer an emergency and fear the local economy will collapse if non-essential businesses aren’t allowed to reopen soon. The lead plaintiffs are Jose Cuevas, a Wenatchee city councilman, in Chelan County and Dan Sutton, a Douglas County commissioner, in Douglas County.

Thirty-nine people are plaintiffs in the lawsuits.

“The emergency order was specifically tied to the danger of hospitals being overrun,” said Joel Ard, attorney for the plaintiffs in both cases. “Thankfully, the data statewide is giving us wonderful news. Nowhere in the state is that presently a danger. The governor can’t just change the terms of his emergency from flattening the curve to no positive cases. According to his own terms, the emergency is over.”

The lawsuits were filed in the superior courts of Chelan and Douglas counties. A spokesman for Inslee couldn’t be reached for comment late Friday afternoon.

According to the Chelan-Douglas Health District, there have been 349 confirmed cases of COVID-19 and nine related deaths in the two counties.

Inslee’s Safe Start plan is allowing counties to reopen businesses in phases based on the prevalence of the virus in individual counties and a county’s ability to treat and test for COVID-19.

The lawsuit argues that the authorization of authority that the legislature gave Inslee says that when the state of emergency has passed he must lift the proclamation, Ard said. The emergency cited in the proclamation came from the threat of coronavirus patients overwhelming the hospital system.

“That is no longer in anyone’s model in any prediction anywhere,” Ard said.

The lawsuits were filed in the superior courts of Chelan and Douglas counties and do not seek monetary damages. Thirty business owners, religious leaders and elected officials, acting as private citizens, were parties to the Chelan County suit, with nine in Douglas County.

The elected officials who took part in the Douglas County lawsuit were all three of the county’s commissioners: Mark Straub, Kyle Steinberg and Sutton.

Sutton’s family-owned businesses, the Cottage Inn restaurant, closed last month after 80 years in operation due to, he said, the impact of coronavirus restrictions.

Speaking at a press conference Friday, Sutton called for the governor to return authority to local officials.

“We have to also take into consideration is that the virus in and of itself isn’t the only disease that we’re trying to cure here,” Sutton said. “We also have an economic disease — people that are trying to feed their families, pay their mortgages, keep their kids in clothes … with no assurance that there is a defined end to that time.

“We have a responsibility to keep the entire community healthy and that means giving confidence to the residents that live here that we have the capacity to open up some of our businesses safely, taking proper precautions and allowing people to go out and participate in the community.”

“When we get to what we call a trigger point, it activates one of those (evacuation) levels, there’s also a trigger point that deactivates it and you have decision-makers making the decisions on a local level here at the fire base, not Florida or Olympia or somewhere else where they’re taking reports,” Burnett said.

He noted that his department’s budget is months behind in local revenues. Douglas County is anticipating a 30% loss in revenue, which could result in fewer law enforcement officers on patrol, Sutton said.

Also participating in the lawsuit as a private citizen was Josh McPherson, pastor of Grace City Church.

“We need to be responsible enough to do this. We need to exercise safety measures. We don’t want to put anyone unnecessarily at risk, and yet we don’t want to be active in fear,” McPherson said.

Shawn Ballard, co-owner of Ballard Ambulance, wasn’t party to the lawsuit but supports reopening the two counties. He explained that his crews prepared for an emergency but one never came and they were never overwhelmed as was once feared.

Nine Douglas County officials filed a lawsuit against Gov. Jay Insee on Friday imploring him to lift the state of emergency proclamation in th…

Getting ready for Memorial Day weekend, from left, Skip Atkerson, KJ DeShazo, Jeff Pulver, and Zac Smith, all of Wenatchee, put flags on veterans grave markers Friday morning at the Wenatchee Cemetery. Around 2,500 flags were distributed by about 35 volunteers and cemetery staff members in honor of Memorial Day. American Legion Post No. 10 helped with the annual effort. See Page C5 for the text of a speech by the national president of the American Legion.

April Featherkile, Wenatchee, places flags at every gravestone in the veterans section of the Wenatchee Cemetery. She was in the Navy Nurse Corps from 1970 to 1977 and in the reserves from 1978 to 2008.

KJ DeShazo, Wenatchee, helps distribute flags. He wasn't in the military but his father and two brothers were. It was his first year helping out. 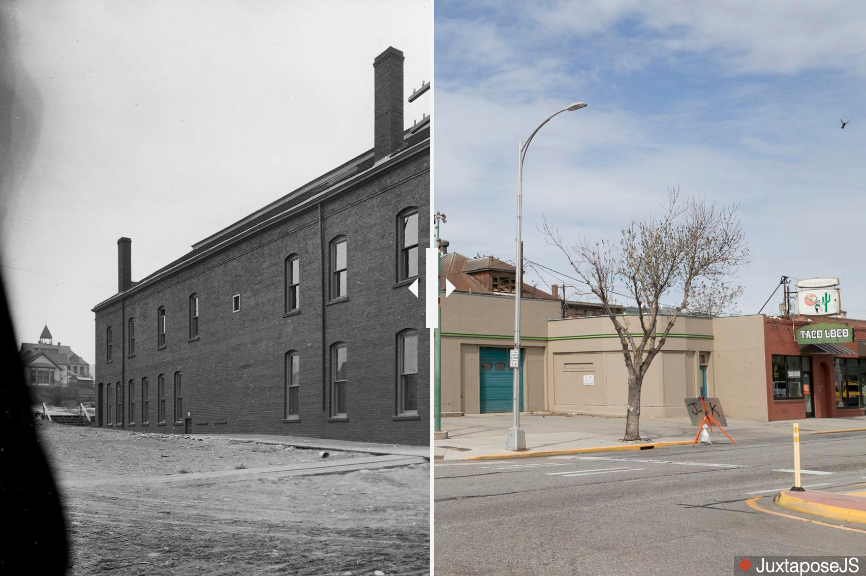 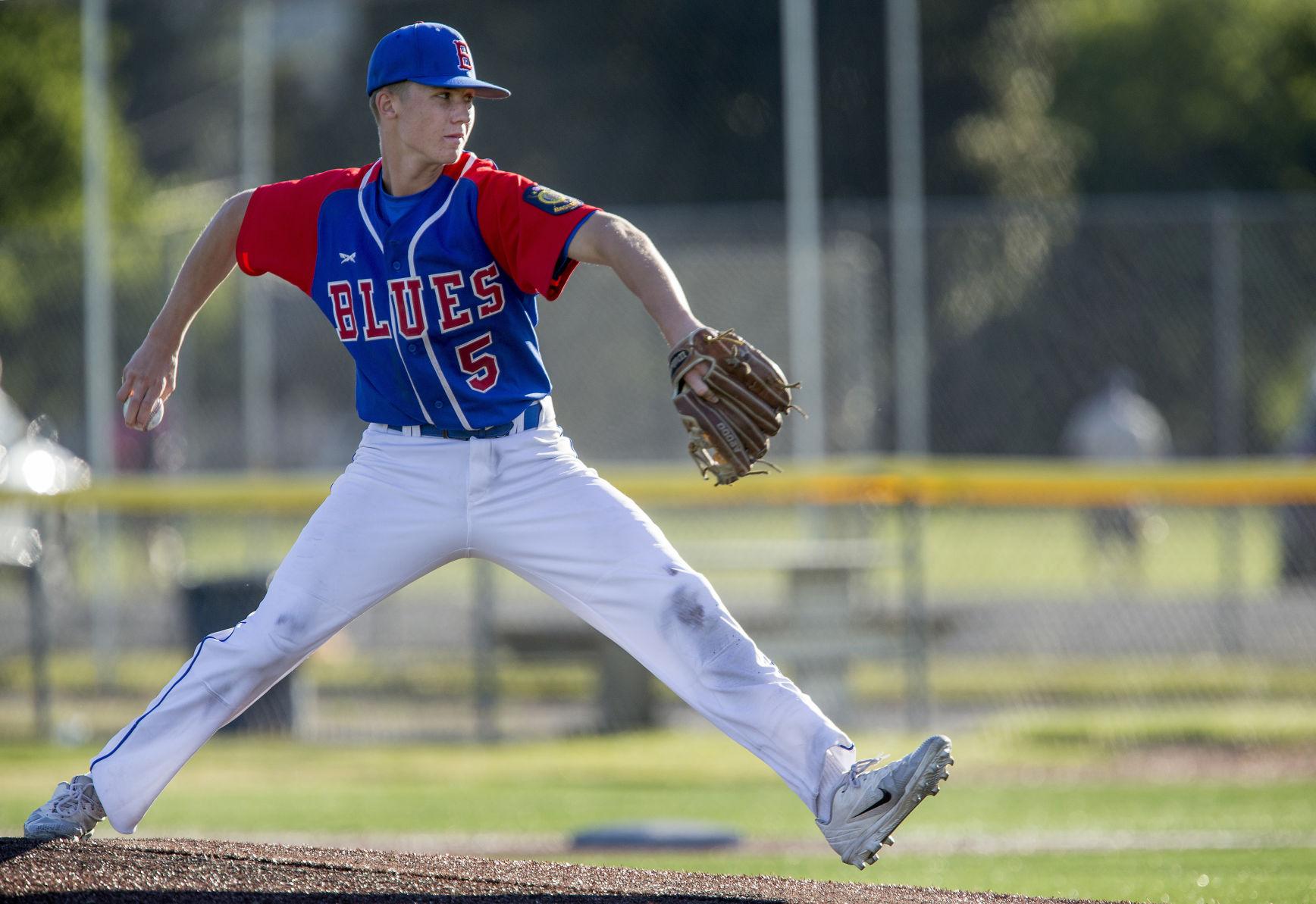 Sweetwood BBQ and Visconti’s both have “Feeding 1,000” events planned in the next week. Anyone, regardless of need, can get a free meal while supplies last at the no-contact drive-thru or walk-up area. Serve Wenatchee Valley will accept donations during both events. The organization has been running a drive-thru food service for those in need.

WENATCHEE — After Garlini’s fed over 1,000 people and raised $10,000 for charity earlier this month, other local businesses were inspired to do the same.

Sweetwood BBQ and Visconti’s both have “Feeding 1,000” events planned in the next week. Anyone, regardless of need, can get a free meal while supplies last at the no-contact drive-thru or walk-up area.

The first event will start at 4 p.m. Monday at the Town Toyota Center, where Sweetwood will offer barbecue sandwiches, chips, drinks and chocolate chip cookies.

Then starting at 1 p.m. May 30 at the Town Toyota Center, Visconti’s will serve up bratwursts from cured by Visconti’s, along with chips, drinks, apple slices and condiments for the brats.

Serve Wenatchee Valley will accept donations during both events, but those are voluntary. The organization, which has been running a drive-thru food service for those in need, also benefited from Garlini’s May 11 event.

“Garlini’s did a really awesome thing, kind of setting the bar for us,” said Benj Dew, who owns Sweetwood BBQ with his wife, Kelsey. “It seemed like an awfully huge thing to bite off, but watching them do it kind of shows it’s possible.”

He said the following business donated: cured by Visconti, meat; Weinstein Beverage, soda and water; Bosket Bread Co., buns; and US Foods, chips. The Dilly Deli, which he and his wife also own, provided the cookies.

“It was something, finally, to be a bit excited about through this whole thing — something we’re actually smiling about when we’re planning it versus the day-to-day survival that it seems like we’re going through right now,” Dew said, adding, “It’s just a positive thing. With everything feeling pretty negative out there, I think it’s just a way to help out.”

The Wenatchee Valley Velo Club will give away 500 children’s bicycle helmets at Monday’s event. The group normally distributes helmets at the Pepsi-Cola Youth Day during the Apple Blossom Festival and was looking for another way to reach as many children as quickly as possible.

Ace Bollinger, the club’s vice president, said they normally fit the helmets to children. On Monday, to follow social distancing guidelines, they’ll just give them out with fitting instructions.

“If we can save one family the heartache of having to go through a traumatic brain injury with a child because they wrecked while they were riding a bike or on a skateboard, you can’t put a price on that,” he said.

The “Feeding 1,000” events show “that this valley is a pretty special place to live,” he added.

Visconti’s is partnering with Chelan County Fire District 1 for the May 30 event. Crunch Pak is providing the apple slices, and Weinstein Beverage donated soda and water.

“We’ve always been really active in our community and just trying to support each other because that’s what’s really getting us through everything that’s going on,” said Juan Mendoza-Tovar, marketing and social media coordinator for Visconti’s.

He said the fire department reached out to them about holding the event.

Visconti’s adjustments during the COVID-19 crisis have included take-and-bake and family-style meals. Mendoza-Tovar said people have also been buying gift cards and ordering from cured.

“We’ve really, really been appreciative of all the support that we’ve gotten from our community and the greater Wenatchee Valley,” he said. “This is just something we can say thank you with.” 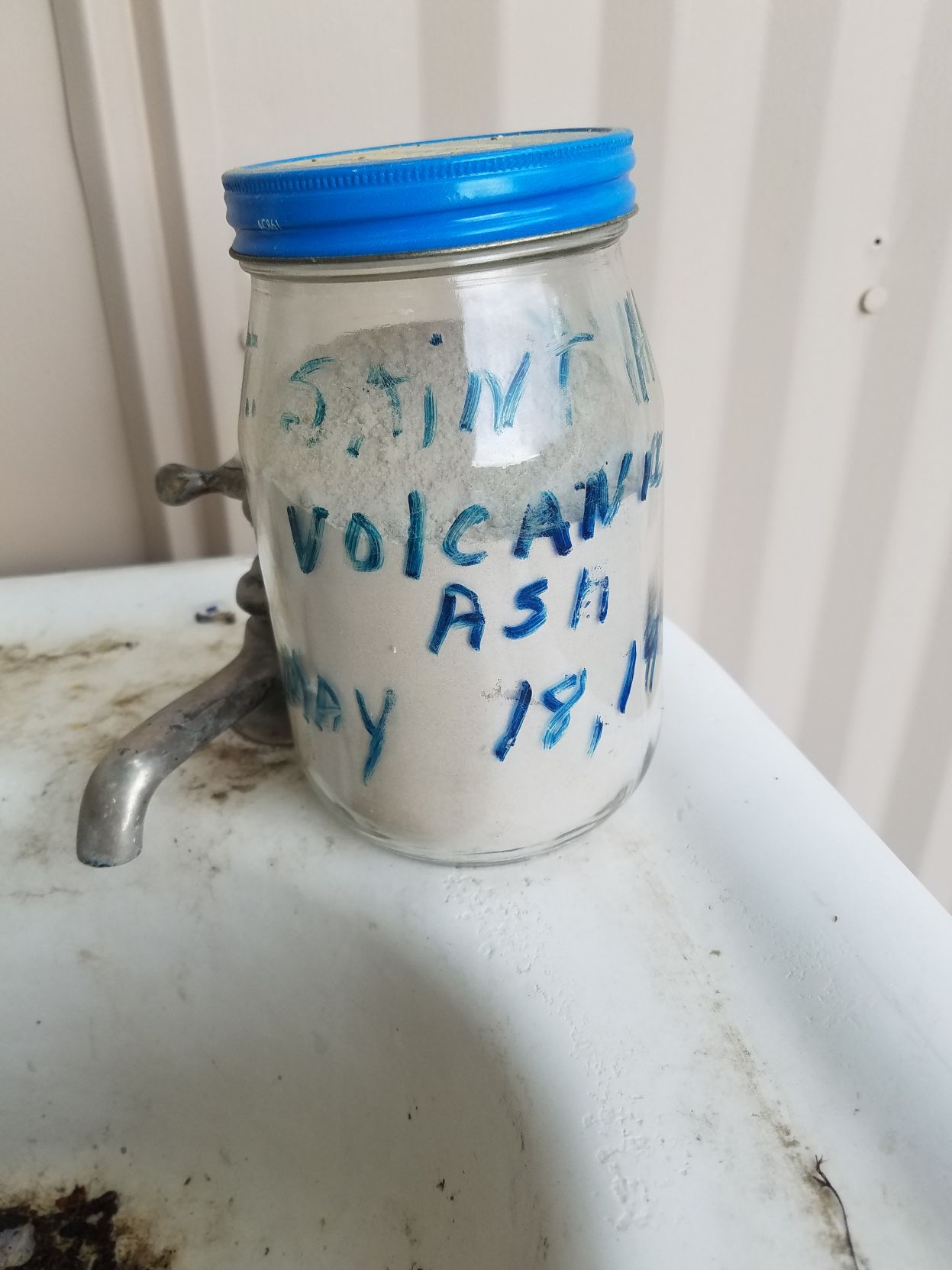 Chy Mettler sent The Wenatchee World a photo of Mount St. Helens ash kept in his family for 40 years and wonders how many other volcano souvenirs are also out there and what they look like. "I saved my Grandma's, as I was 13 and didn't think of saving any myself," he wrote.