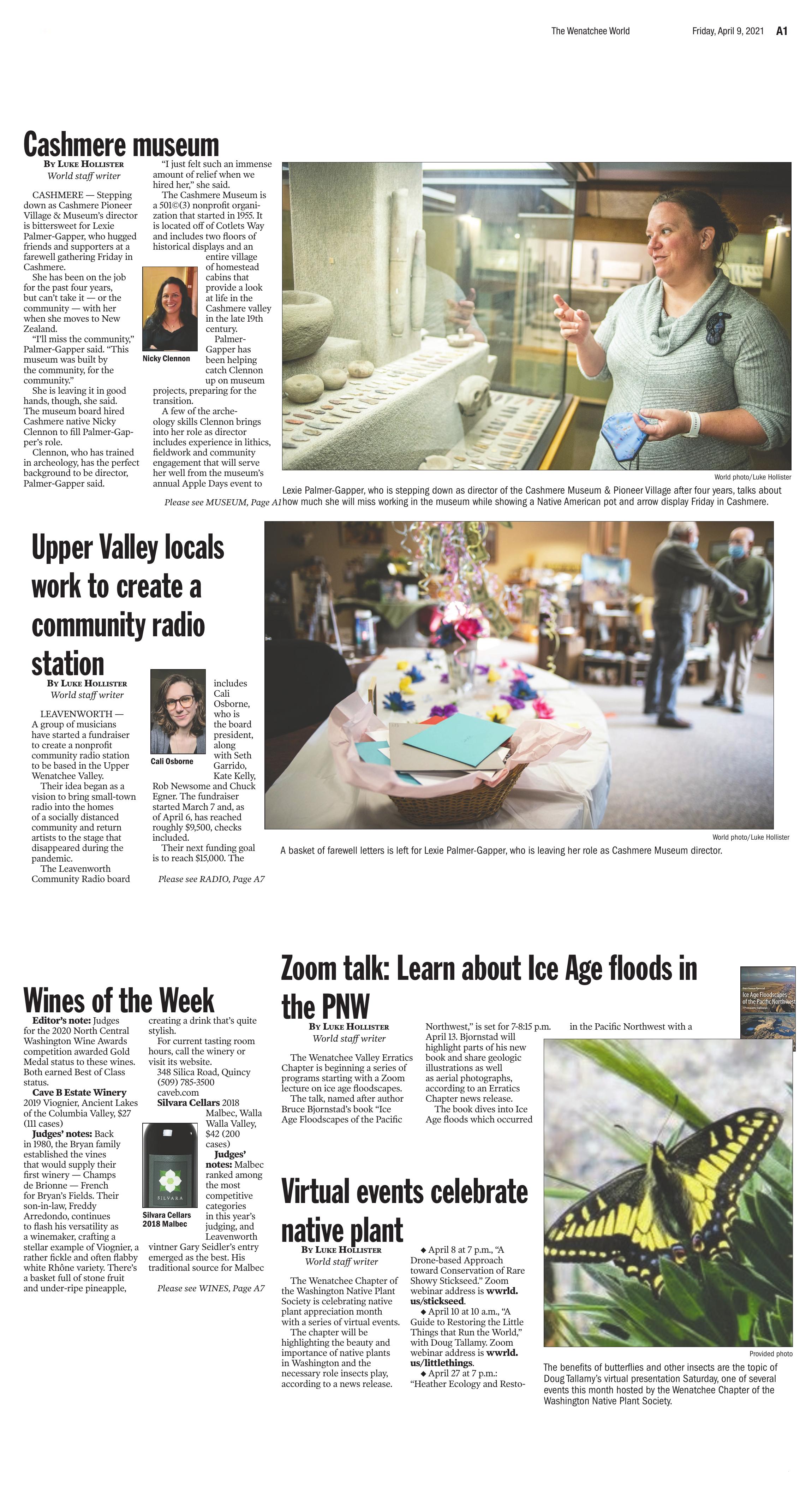 Lexie Palmer-Gapper, who is stepping down as director of the Cashmere Museum & Pioneer Village after four years, talks about how much she will miss working in the museum while showing a Native American pot and arrow display Friday in Cashmere.

A basket of farewell letters is left for Lexie Palmer-Gapper, who is leaving her role as Cashmere Museum director.

CASHMERE — Stepping down as Cashmere Pioneer Village & Museum’s director is bittersweet for Lexie Palmer-Gapper, who hugged friends and supporters at a farewell gathering Friday in Cashmere. 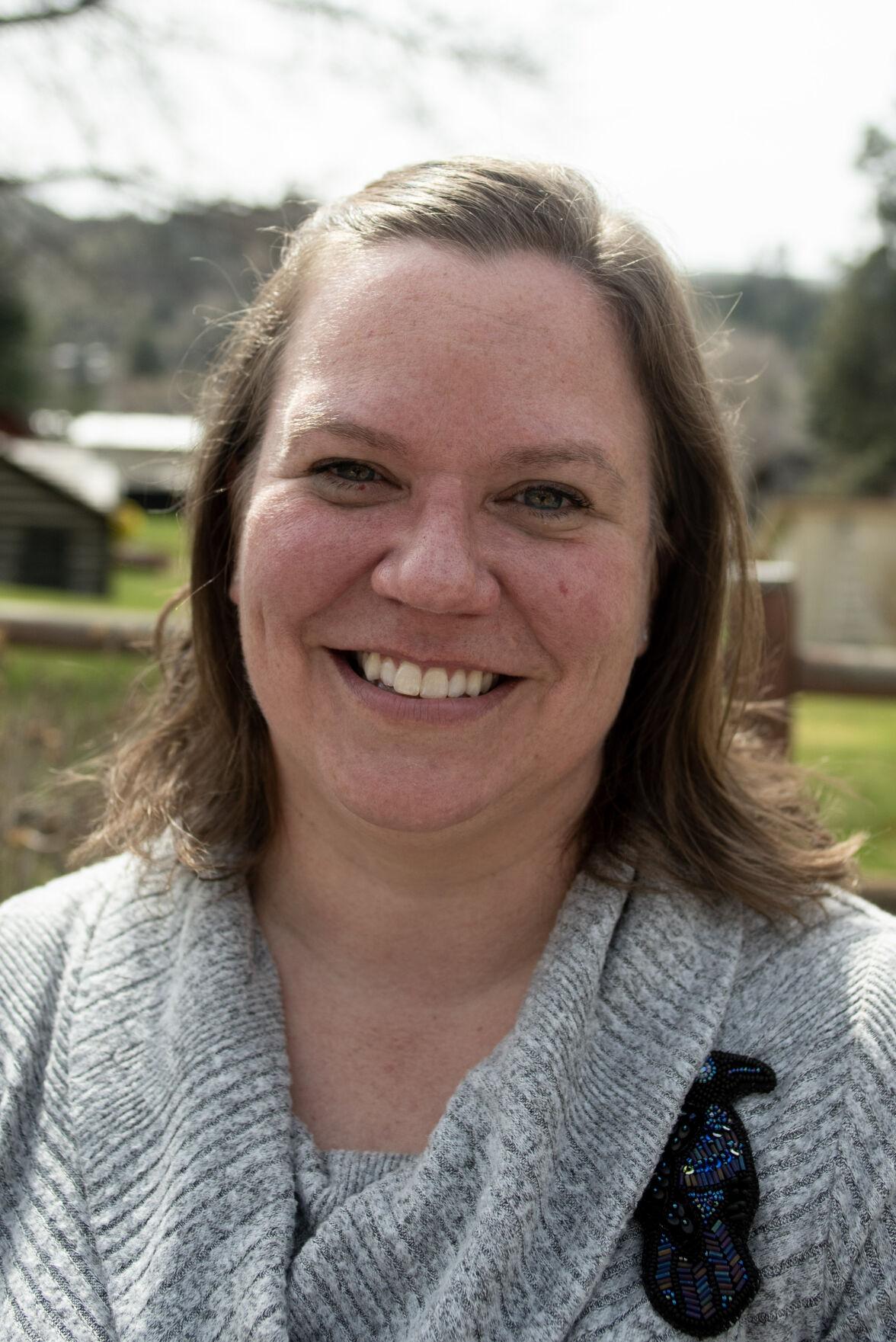 She has been on the job for the past four years, but can’t take it — or the community — with her when she moves to New Zealand.

She is leaving it in good hands, though, she said. The museum board hired Cashmere native Nicky Clennon to fill Palmer-Gapper’s role. 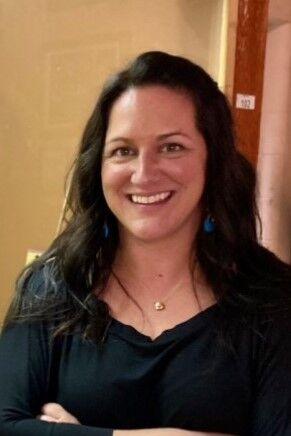 Clennon, who has trained in archeology, has the perfect background to be director, Palmer-Gapper said.

“I just felt such an immense amount of relief when we hired her,” she said.

The Cashmere Museum is a 501©(3) nonprofit organization that started in 1955. It is located off of Cotlets Way and includes two floors of historical displays and an entire village of homestead cabins that provide a look at life in the Cashmere valley in the late 19th century.

Palmer-Gapper has been helping catch Clennon up on museum projects, preparing for the transition.

A few of the archeology skills Clennon brings into her role as director includes experience in lithics, fieldwork and community engagement that will serve her well from the museum’s annual Apple Days event to the petroglyph rock display. 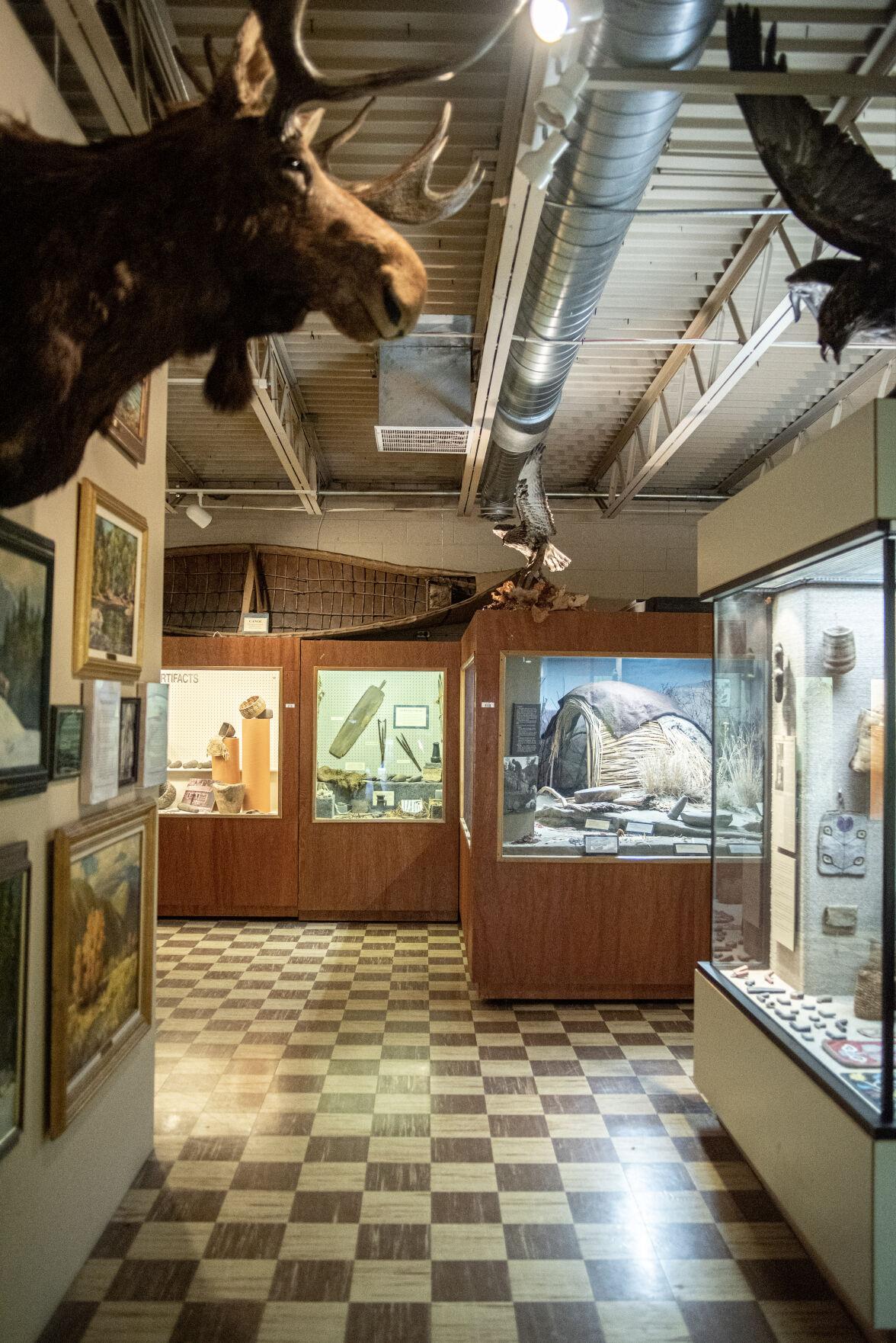 The inside of the Cashmere Museum features various artifacts, paintings and tools that have been preserved throughout the years. The museum is expected to open June 1, but details depend on COVID-19 restrictions.

Clennon said she is already familiar with the museum’s collection and has visited the museum probably at least 100 times given that she grew up in Cashmere. Running the museum has been the main thing to learn in these last few weeks.

More collaborative projects with the Wenatchi — P’Squosa — people are planned down the line, she said. Additional interactive projects for younger children will also be coming to the museum.

Displays inside the museum are lined with artifacts from Native Americans including arrow heads, pots, necklaces and pictures.

The focus right now is to better share who were the people that used these tools and how were they using them, she said. It would also be great to do a mock dig somewhere as well as make bow and arrow use a part of the regular museum.

It will be great to get to know volunteers and learn how they run the museum, she said. This summer will be a lot of getting up to speed, she said.

The hope is to be able to open both the inside of the museum and its Pioneer Village outside come opening day on June 1. That might not happen right away, depending on staffing and volunteers.

The museum may just start by opening the Pioneer Village, which will look like it has in years past, she said. People will be directed to walk one direction around the village and will still have access to a bathroom.

Seeing people will be exciting when the museum reopens, she said.

“It’s fun to be a part of something that I’ve loved so much and (be) within the community that I also love and care about,” she said.

For details on the museum, go to cashmeremuseum.com.

The Wenatchee Valley Erratics Chapter is beginning a series of programs starting with a Zoom lecture on ice age floodscapes.

The talk, named after author Bruce Bjornstad’s book “Ice Age Floodscapes of the Pacific Northwest,” is set for 7-8:15 p.m. April 13. Bjornstad will highlight parts of his new book and share geologic illustrations as well as aerial photographs, according to an Erratics Chapter news release.

The book dives into Ice Age floods which occurred in the Pacific Northwest with a focus on megafloods, according to the release.

Those interested in attending the virtual talk can join the Zoom event at wwrld.us/floodscape.

The benefits of butterflies and other insects are the topic of Doug Tallamy's virtual presentation Saturday, one of several events this month hosted by the Washington Native Plant Society.

The Wenatchee Chapter of the Washington Native Plant Society is celebrating native plant appreciation month with a series of virtual events.

The chapter will be highlighting the beauty and importance of native plants in Washington and the necessary role insects play, according to a news release.

More event information can be found at wnps.org.

LEAVENWORTH — A group of musicians have started a fundraiser to create a nonprofit community radio station to be based in the Upper Wenatchee Valley.

Their idea began as a vision to bring small-town radio into the homes of a socially distanced community and return artists to the stage that disappeared during the pandemic.

The Leavenworth Community Radio board includes Cali Osborne, who is the board president, along with Seth Garrido, Kate Kelly, Rob Newsome and Chuck Egner. The fundraiser started March 7 and, as of April 6, has reached roughly $9,500, checks included.

Their next funding goal is to reach $15,000. The money will be used to rent a space in town for the radio station and start streaming. Money is also being raised to purchase sound equipment.

In the future, once a space is rented, the ongoing fundraising effort will help furnish that space, compensate radio hosts and expand the range of coverage, according to the board’s GoFundMe page. 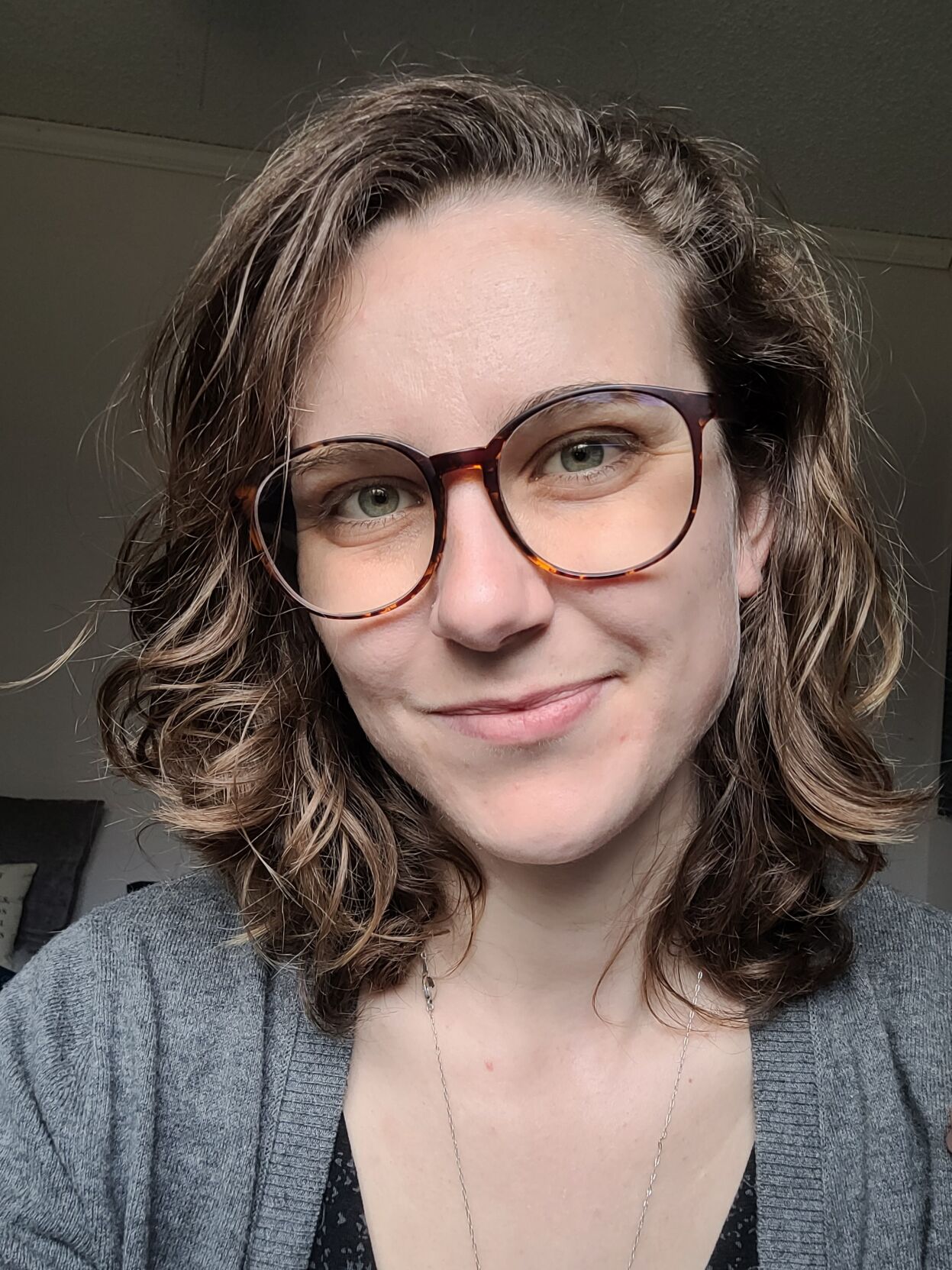 Osborne said the goal is to create a station that reflects the entire community. The board is in the process of getting a business license and waiting to submit their 501©(3) application.

The station will be encouraging and inviting locals to create radio shows, come up with ideas and host on air once it gets up and running, she said. The plan is to start hosting a couple regular radio shows and coordinating volunteers.

“Two months ago, when we cooked up this idea, we would have been quite surprised” by the amount of community feedback received in regards to the project, she said. The community has “inspired us to think even bigger.”

The station will start with internet streaming, but setting up an FM radio in the future does have definite interest, she said. The hope is to get at least a morning and evening show streaming by mid-summer.

Part of the reason the idea to create a radio station came up is because those in Leavenworth’s music scene have had such a hard year, she said.

The plan for funding the radio is to be majority listener and local business supported and then fill in the gaps with local arts grants, she said.

Those interested in supporting Leavenworth Community Radio can donate by visiting wwrld.us/communityradio.

Go
Wines of the Week 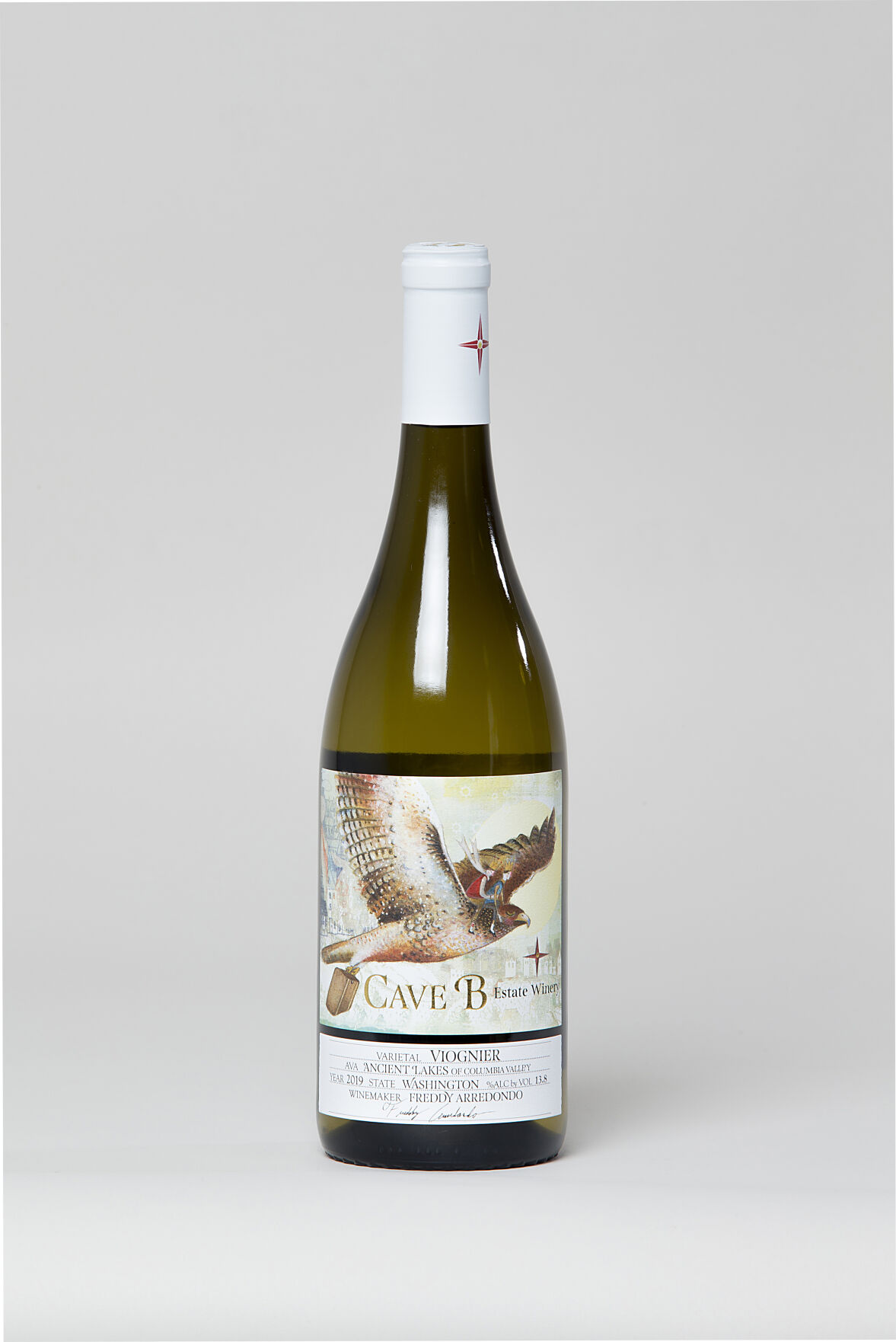 Judges’ notes: Back in 1980, the Bryan family established the vines that would supply their first winery — Champs de Brionne — French for Bryan’s Fields. Their son-in-law, Freddy Arredondo, continues to flash his versatility as a winemaker, crafting a stellar example of Viognier, a rather fickle and often flabby white Rhône variety. There’s a basket full of stone fruit and under-ripe pineapple, creating a drink that’s quite stylish.

For current tasting room hours, call the winery or visit its website. 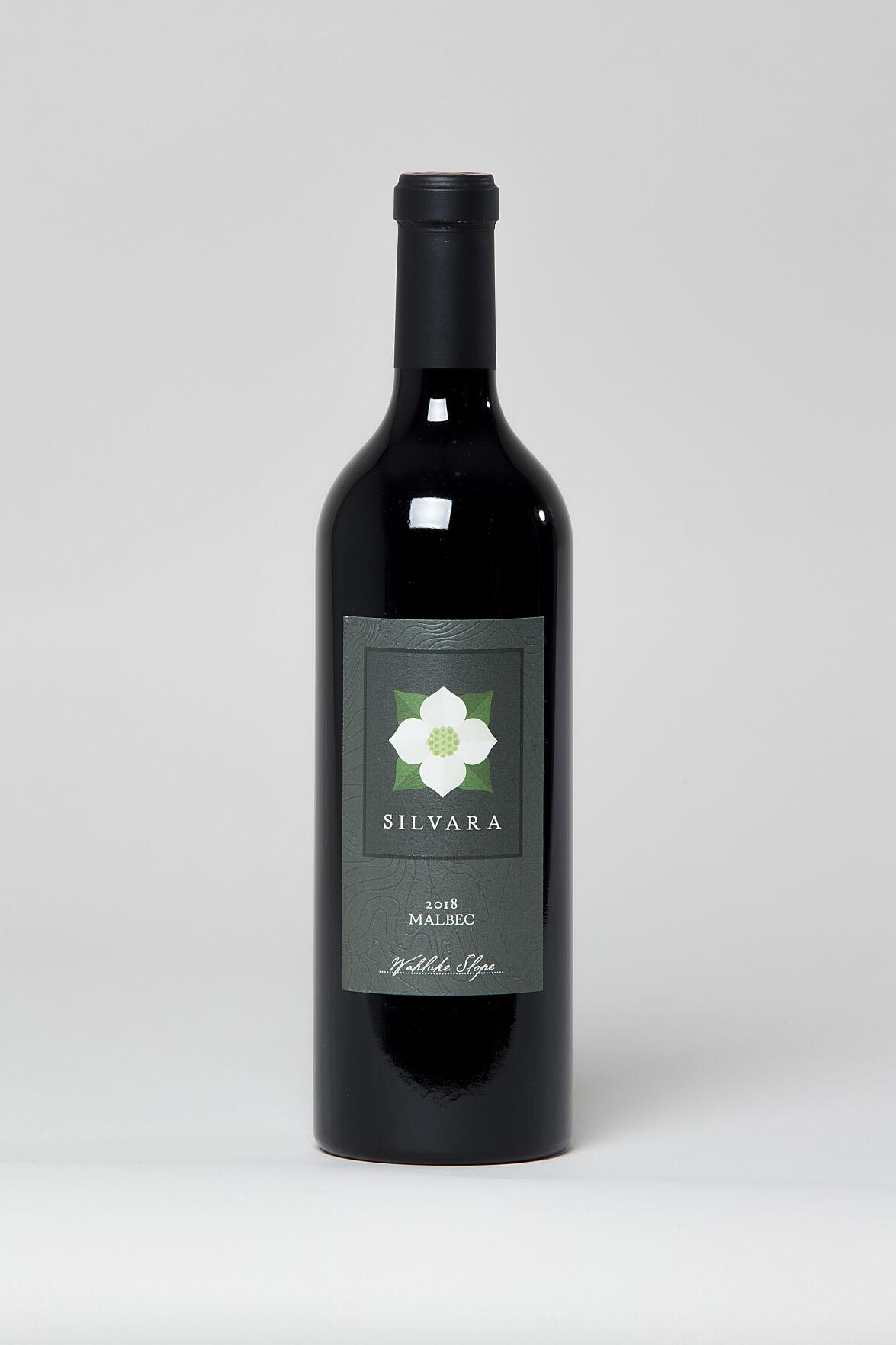 Judges’ notes: Malbec ranked among the most competitive categories in this year’s judging, and Leavenworth vintner Gary Seidler’s entry emerged as the best. His traditional source for Malbec has been Summit View in the highly regarded SeVein project, and he didn’t skimp on the influence of barrel in the wine. That oak spice contributes a sense of luxury to the notes of blueberry, lavender and orange peel, a package wrapped up with a long ribbon of raspberry juice.

For current tasting room hours, call the winery or visit its website.