World photo/Don Seabrook Daniel Avila who works for Sage Homes, rolls up and stacks insulation blankets for concrete work as the weather warms up and they become less used. New houses continue to pop up in the Wenatchee Valley.

OLYMPIA — The Legislature on Thursday passed a bill to invest significant funds into forest and health and wildfire prevention.

Co-sponsor of the bill Rep. Larry Springer, D-Kirkland, said the proposal was “long past due given the history of wildfires in the state.”

The proposal is something Commissioner of Public Lands Hilary Franz, legislators and advocates have pushed for years. The biggest question on the proposal was where funding was coming from, with some calling for a dedicated source of revenue while others called for using the general fund.

Although a final budget remains to be seen, Democrats’ proposals set aside $125 million of the state’s general fund every two years for this bill.

That money would be split into three main categories: wildfire response, forest restoration and community resilience.

For wildfire response, it would allow the state to hire 100 more firefighters and expand the air fleet. The bill would also help to fund the Department of Natural Resource’s 20-year Forest Health Strategic Plan, which treats the state’s forests to make them more wildfire resistant. Lastly, it would help communities across the state make investments at a local level to reduce wildfire risk, such as building fuel breaks or doing prescribed burns.

After the proposal first passed the House in March, co-sponsor Rep. Joel Kretz, R-Wauconda, called this proposal “the big one that really needs to happen to make measurable impacts.”

In a statement Thursday, Franz said this bill means “reinforcements are coming.”

“In the face of an unrelenting wildfire crisis, our state is rising to meet the moment,” Franz said in a statement. “We are rejecting the notion that we must simply accept devastating fire seasons as a fact of life in Washington.”

Jordan Pirhat with the Washington National Guard looks through boxes for food items requested by a customer of the Chelan-Douglas Community Action Council's new mobile food pantry, at Cashmere's Riverside Park on Wednesday. Along with a box of food staples, people who show up at the mobile unit can request what the pantry has in stock. They hope that people will be able to enter the trailer and pick up items themselves in May.

There are food banks in places like Wenatchee, Cashmere and Leavenworth, but the Mobile Food Pantry should help reach those people who may not be able to get to the food bank.

“If you live in an outlying area and have limited access to transportation, getting into areas where there is a food bank can be difficult. With this unit, we’re able to bring food options closer to where people are living,” said Executive Director Alan Walker of the Chelan-Douglas Community Action Council. 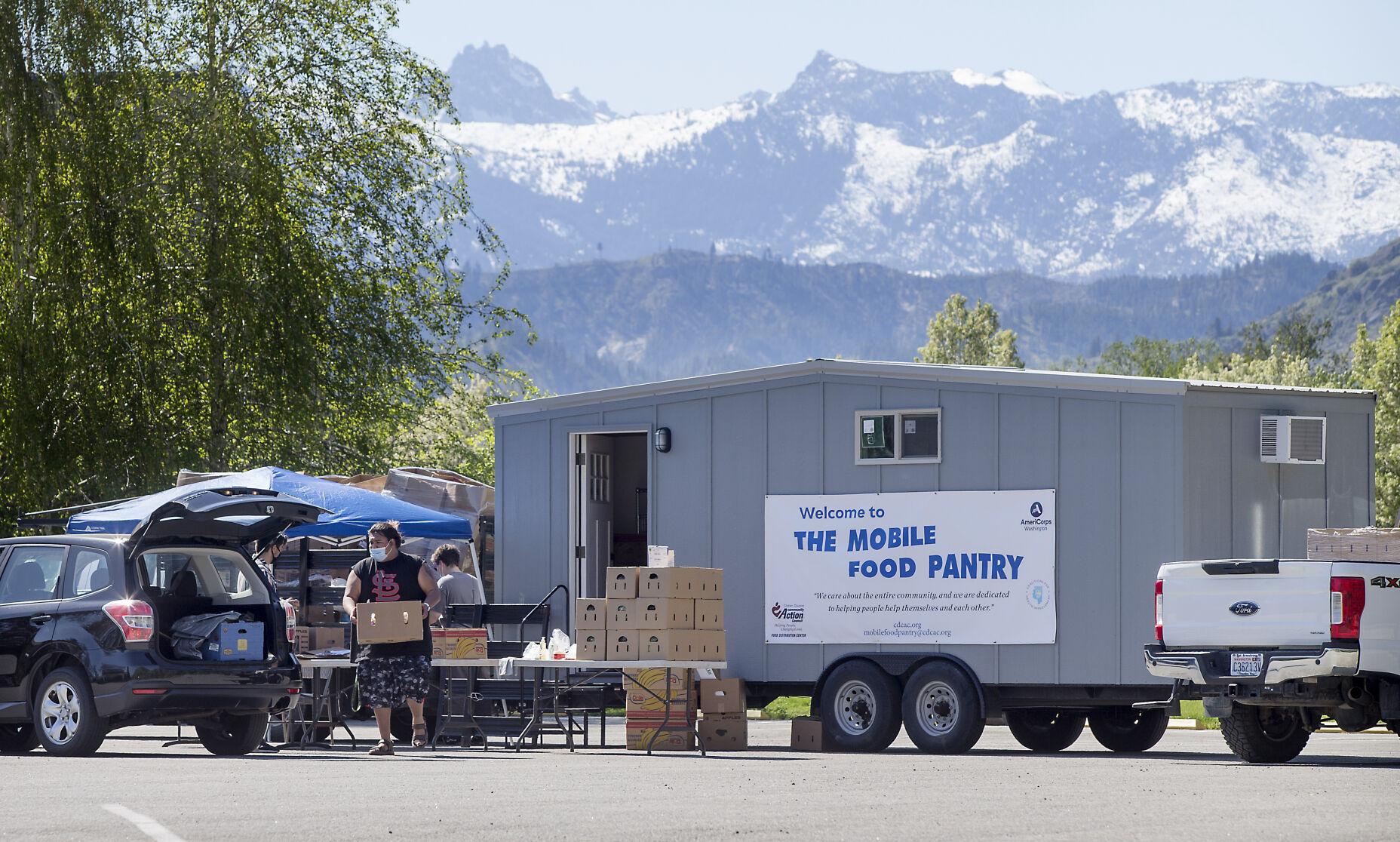 A customer's car is loaded with a box of food at the Chelan-Douglas Community Action Council's new mobile food pantry at Cashmere's Riverside Park Wednesday, April 21, 2021. The council had the trailer specially made.

Thus far, the Mobile Food Pantry has been out on a limited basis. As they get more familiar with operating the unit, Walker said they will expand the service to two or three days a week.

“Right now, we’re not able to utilize it the way it was intended. The intention of the design was for people to enter the trailer on one side — select the items they wish — then exit out the other side,” Walker said. “Unfortunately with the restrictions we’re living under with the pandemic, we’re not able to have people come into the trailer. We’re still gathering up food boxes for people.”

Anybody can walk up to the Mobile Food Pantry and get food. Walker said they gather basic information like your name and where you live.

The reaction to the Mobile Food Pantry has been very positive, he said. It has been averaging about 75 households accessing the food pantry each time out. Walker said that is about the number they were hoping to hit when the unit was being developed.

OTTAWA — In a long-awaited decision, Canada’s Supreme Court ruled Friday that the Sinixt people, part of the 12 Confederated Tribes of the Colville Reservation, have constitutionally protected hunting rights on their ancestral land in current-day British Columbia.

The case began in 2010 when Rick Desautel, a Sinixt descendant and member of what is now known as the Lakes Tribe, killed an elk in a ceremonial hunt on traditional Sinixt land near Vallican, B.C. While the Canadian government had recognized the Sinixt in the early 1900s, calling them the Arrow Lakes Band, the government declared them extinct when the last known member of that band died in 1956.

Desautel and his lawyer argued the Sinixt people are very much alive, though European colonization pushed some of them south of their homeland to the Colville Reservation in Washington.

The court’s decision brought “jubilation” and “a gigantic sigh of relief,” Desautel told The Spokesman-Review.

“Through all the different appeals we’ve been through, and then getting to the Supreme Court,” he said, “the anticipation on my part has been very great.”

The Canadian Constitution protects the rights of Indigenous people to hunt for ceremonial purposes on their traditional land, and on Friday the court upheld lower court decisions acquitting Desautel of violating B.C. law by killing the elk. The 7-2 decision also means other Indigenous peoples in the United States can claim the same rights across the border if they can prove their ancestors lived in what is now Canada.

Rodney Cawston, chairman of the Colville Tribal Council, said the ruling is important not only for the Sinixt, but for numerous other Indigenous peoples separated from their ancestral lands since the U.S.-Canada boundary was drawn.

“My heart was just soaring,” Cawston said. “This is a huge decision for the Colville Tribes as well as many other trans-boundary tribes. … It’s huge for all our future generations, who will be able to go back and forth across the border and enjoy the homelands of our people.”

Writing for the majority, Justice Malcolm Rowe said Section 35 of the Canadian Constitution should be interpreted such that “the expression ‘aboriginal peoples of Canada’ means the modern‑day successors of Aboriginal societies that occupied Canadian territory at the time of European contact, and this may include Aboriginal groups that are now outside Canada.”

The two dissenting justices, Suzanne Côté and Michael Moldaver, argued Desautel had not clearly established continuity with the pre-contact group’s practices. Côté also said Indigenous groups outside Canada’s borders should not be considered “aboriginal peoples of Canada,” while Moldaver agreed with the majority on that point.

Desautel’s lawyer Mark Underhill said the judgment has major implications for Indigenous people throughout Canada, not just along the border.

“The most important part of the decision, beyond the impact on the Sinixt,” Underhill said, “is the court’s very strong statements that rights in Canada flow from the prior occupation of aboriginal peoples for thousands of years in Canada, and that forced displacement — which is not just the story of the Sinixt, but is the story of many aboriginal groups throughout North America — is not going to displace those rights.”

In its judgment, the court also urged negotiations to determine the status of Indigenous groups, rather than relying on the courts.

“These things are not ideally done through test cases,” Underhill said. “They once again, as they’ve been doing for over 20 years, encouraged the parties and particularly the government to sit down and negotiate. … The hope is a lot of these issues can be resolved through good-faith discussions, as opposed to court cases.”

The hunt that led to Friday’s ruling was no accident, Desautel said, and was decades in the making.

It began at least as early as 1989, when Desautel was among a group of Colville tribal members who crossed the border to protest a plan to build a highway through land near Vallican where Sinixt people are buried. While their blockade ultimately failed to stop the road project, it helped organize an effort to be recognized by the Canadian government.

The tribal council came up with a plan: Desautel, who worked at the time for the Colville Tribes’ Fish and Wildlife Department, would cross the border and hunt game, knowingly violating B.C. law.

Joe Peone, the director of the Fish and Wildlife Department, researched Canadian law and presented the council with a step-by-step approach to prompt a court case to challenge the 1956 declaration that the Sinixt were extinct. It took several citations, Desautel said, before the government took him to court for the 2010 hunt.

Cawston said Friday’s decision was neither the beginning nor the end of the Sinixt people’s fight for recognition. Testimony from as far back as the 1920s, he said, shows Sinixt leaders never relinquished their rights.

“With the background of our ancestors encouraging us and fighting for those rights even as far back as when they were dispossessed,” Cawston said, “it really set us on a path. Going forward, we want to really begin working with the ministries in British Columbia on being recognized as a First Nation in Canada.”

Establishing relations with the Canadian government, Cawston said, would help Sinixt people protect their original homelands and natural resources. He also hopes to bring together Sinixt descendants who are enrolled in other First Nations in Canada. 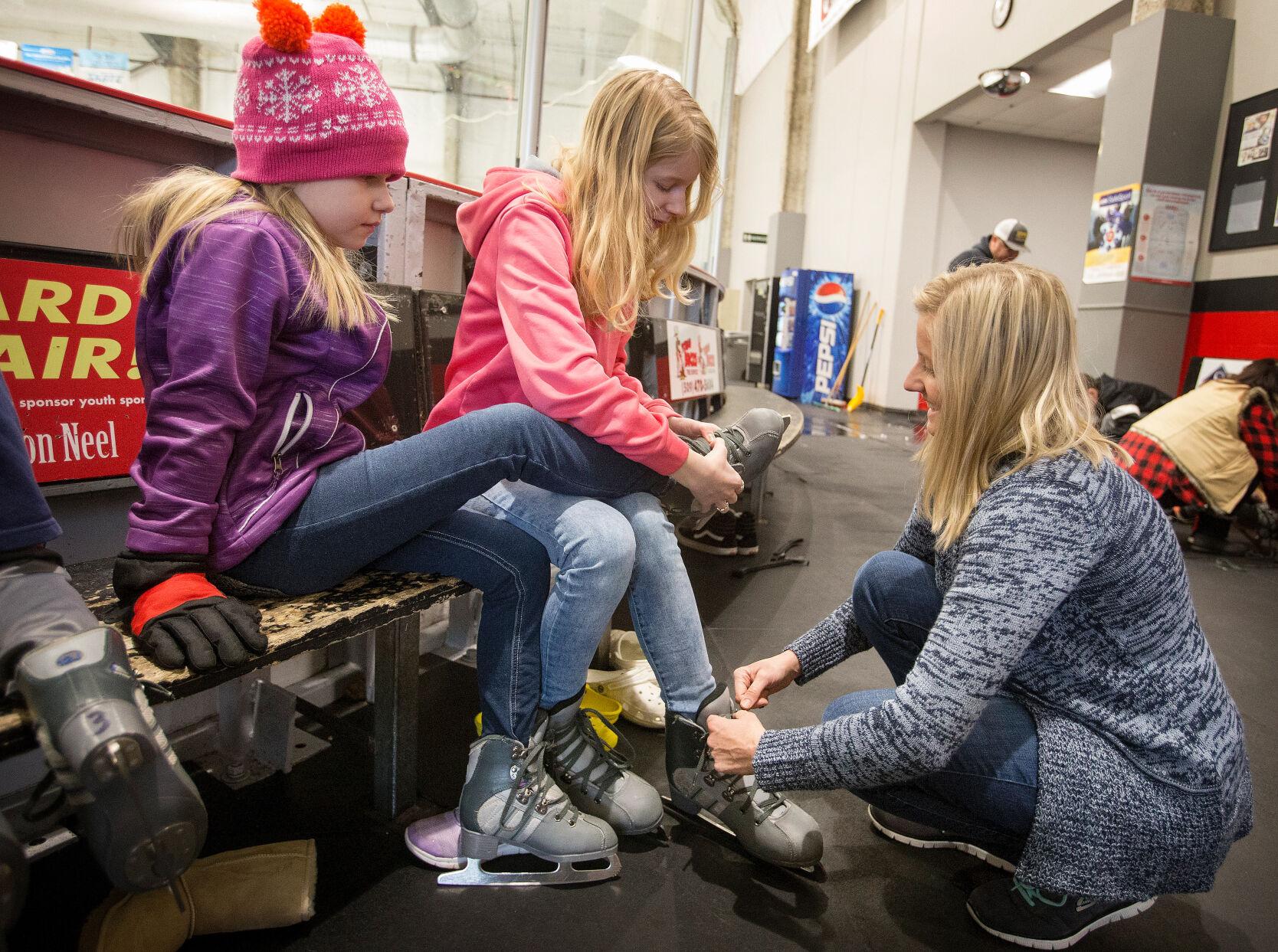 World photo/Don Seabrook Lacing up their rented ice skates on Thursday, Dec. 26, 2019, during public skating are from left, Madelyn and Allie Bradford, East Wenatchee. Helping them is their mother Trisha. 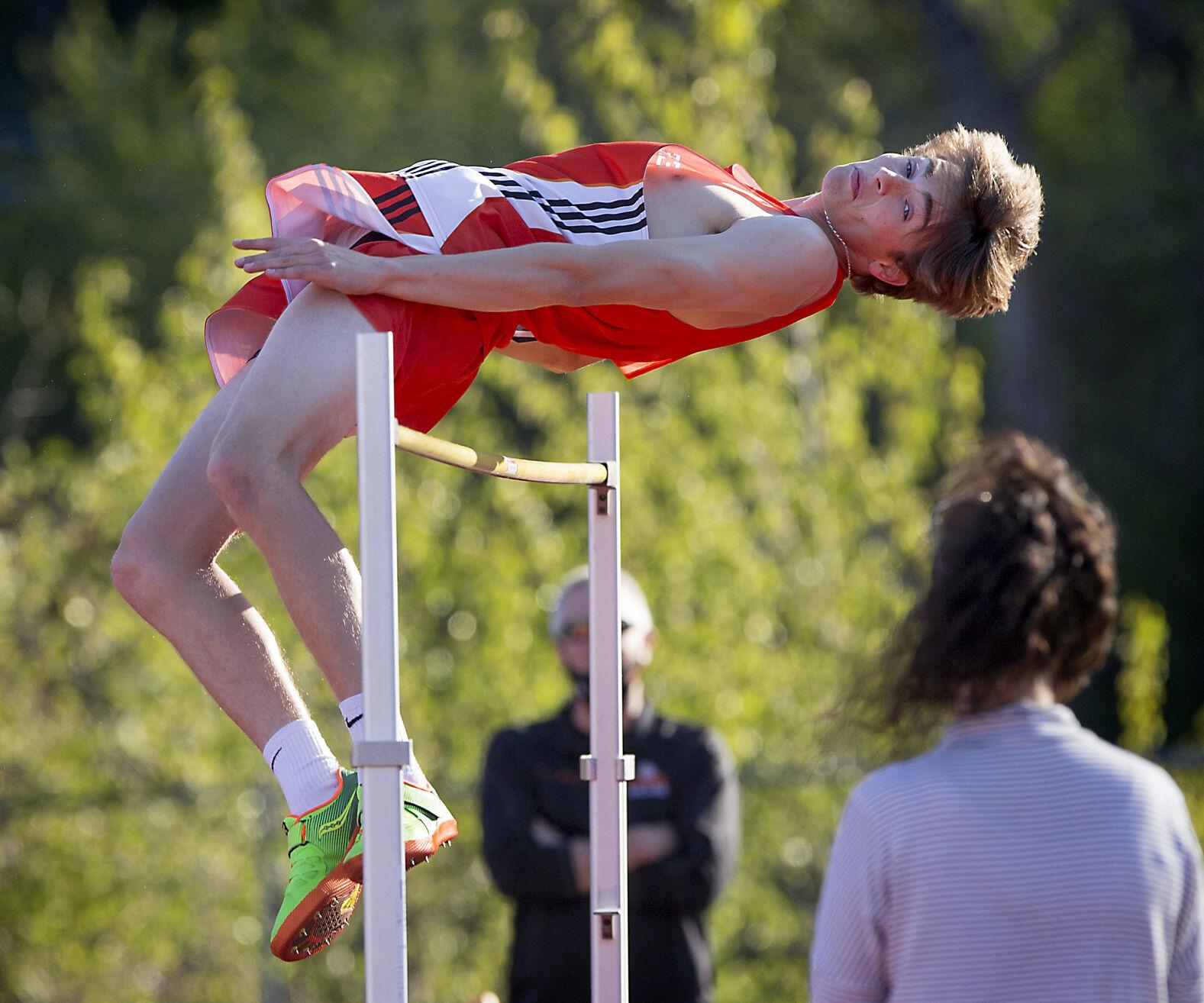 World photo/Don Seabrook Cashmere High School junior Jonah Groce attempts to clear the high jump, three inches higher than his person best of 5-feet 10-inches but bumps the bar off with his legs. He won the event at a meet in Peshastin Thursday, April 22, 2021.

WENATCHEE — The Wenatchee School Board on Tuesday will discuss bringing middle and high school student students back full-time.

Middle school and high school students are now on a hybrid learning schedule, where they attend school part-time. 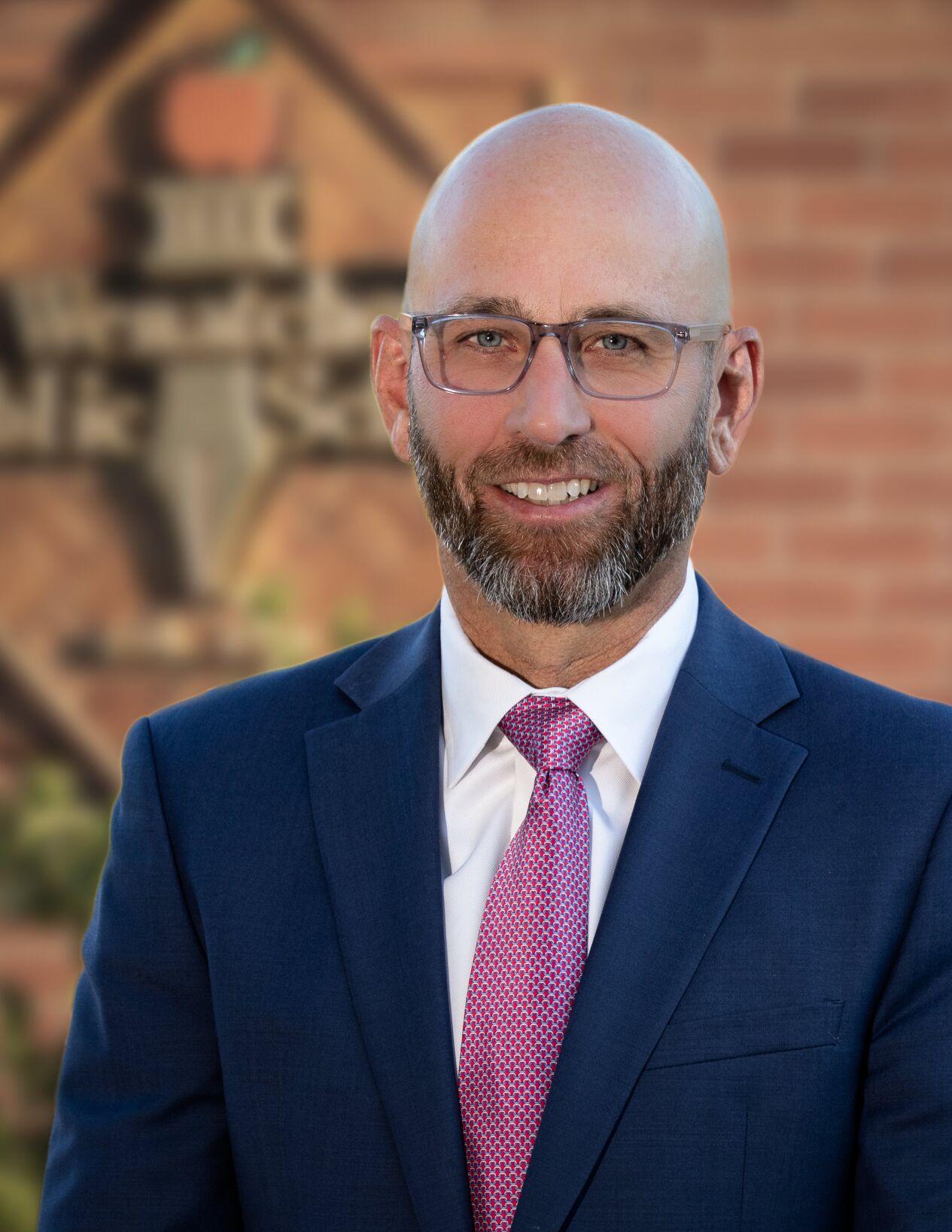 “The board felt it was important to entertain this conversation in that public meeting space just to see if it was feasible, especially at a time when Eastmont is planning to bring all of their students back in early May,” said Diana Haglund, a Wenatchee School District spokeswoman.

Haglund said there are members of the board with a strong interest in exploring this issue further and want to have the opportunity to discuss it as a five-member board. The Wenatchee School District has had K-5 students back full-time for a week.

“Our district staff is working to pull together some information from our secondary school leaders on what that could potentially look like, so they have a little more information as part of that discussion,” Haglund said. “They are not scheduled to take action but the board could choose to take a vote on this issue.”

Superintendent Paul Gordon said the big issue is the number of weeks left in the school year. He said students are best served when they are with staff five days a week.

“We also believe the mental health and wellbeing of our students is best served full time. There are pros and cons to both sides. We’ll present those to the board Tuesday night. It’s very similar to what we’ve talked about in the past,” Gordon said. “The board needs to make that decision now and not wait any longer. This does not mean there is going to be a definite decision to return.”

The board will meet at 6 p.m. Tuesday. 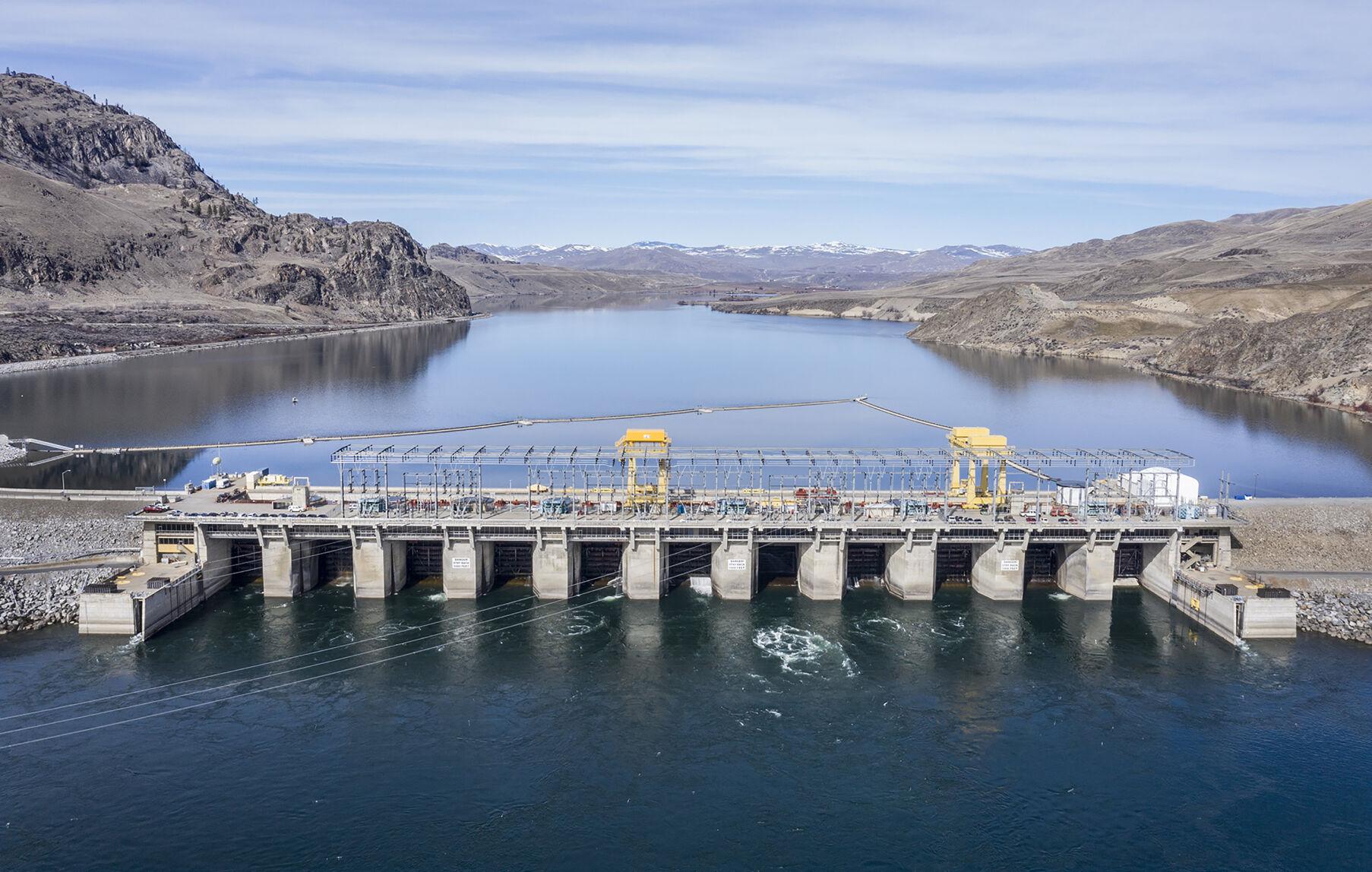 Wells Dam, owned by Douglas County PUD, will supply electricity to the Renewable Hydrogen Facility that will be built near East Wenatchee. 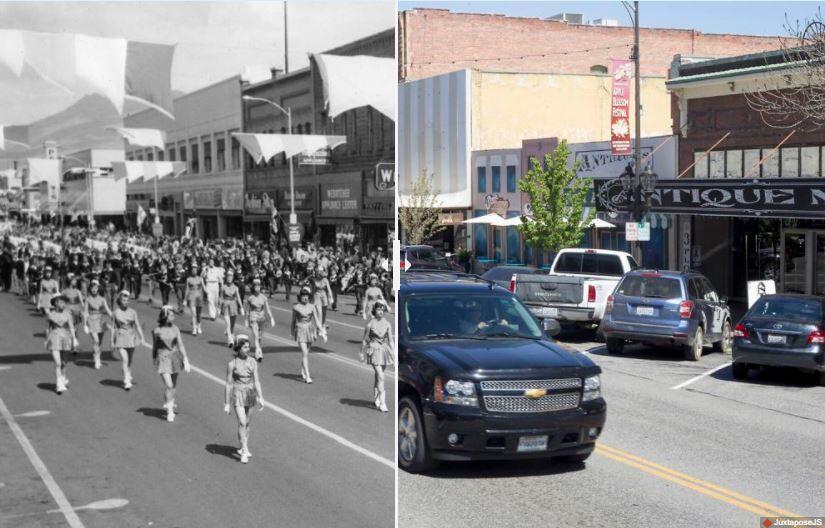