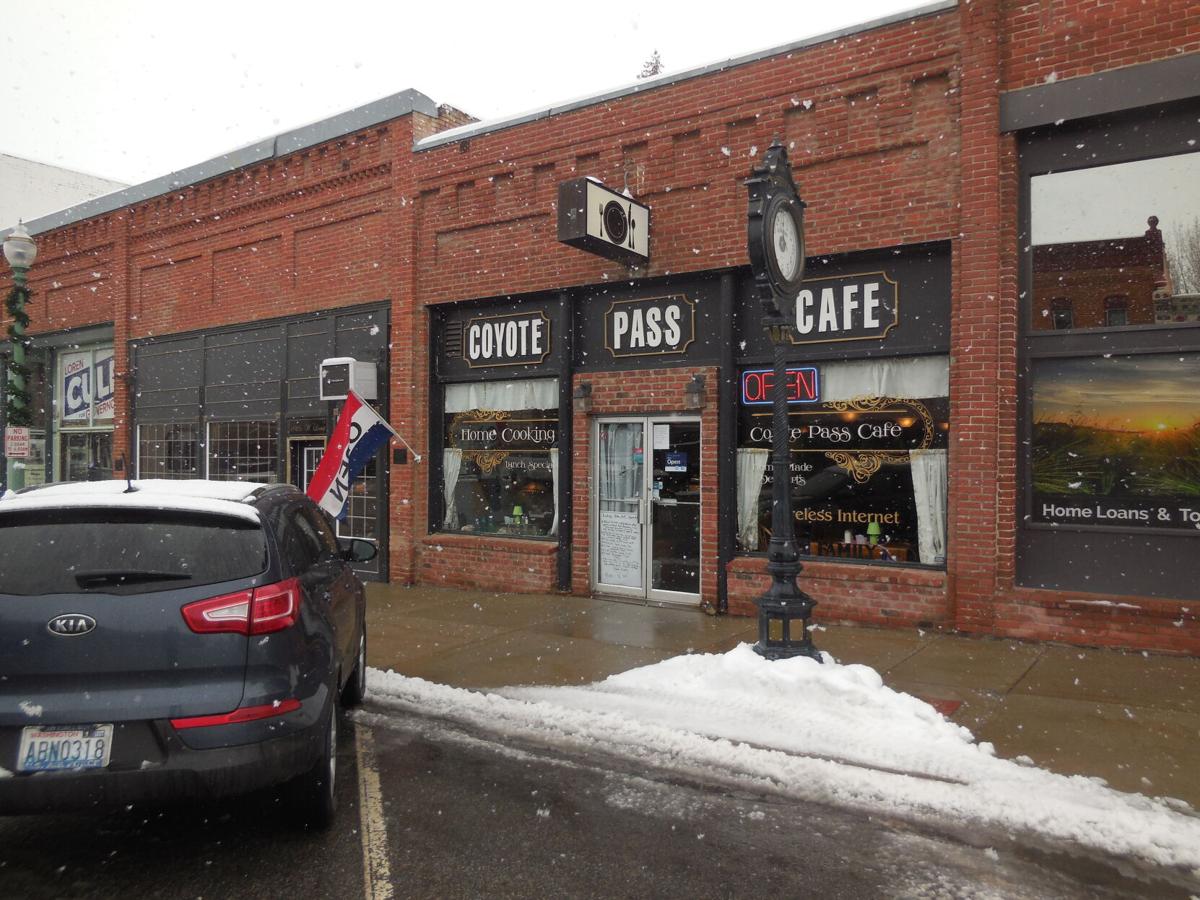 Snow is piled up on the edge of Highway 2 in front of Coyote Pass Cafe Jan. 8. Clearing more snow away from the commercial district after the highway is plowed by state crews was one of the suggestions for improving town services during 2021. 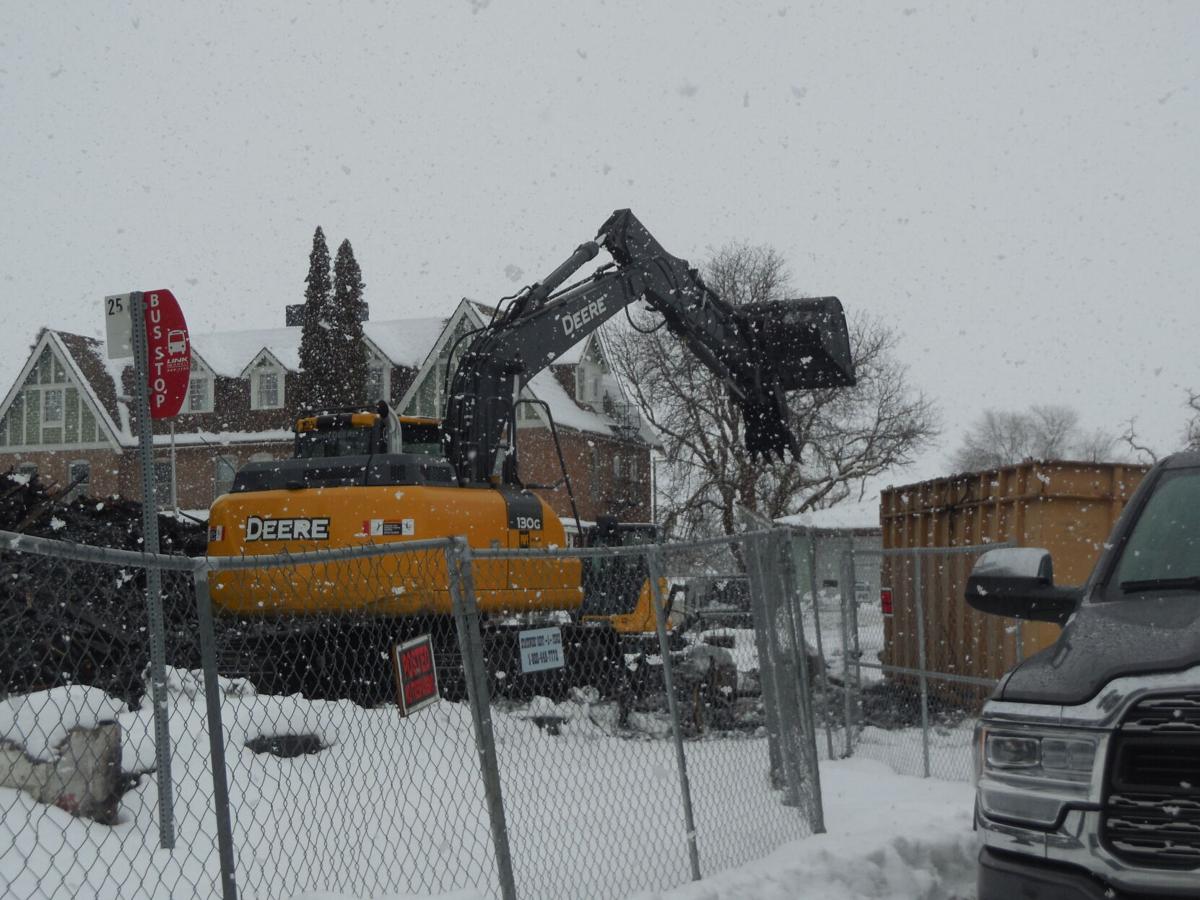 A backhoe works for Plain Holding Company Jan. 8 to clear up the fire site at Kopey's Garage. Resolution of the aftermath of the fire was one of the town's accomplishments for 2020, according to Mayor Jill Thompson. 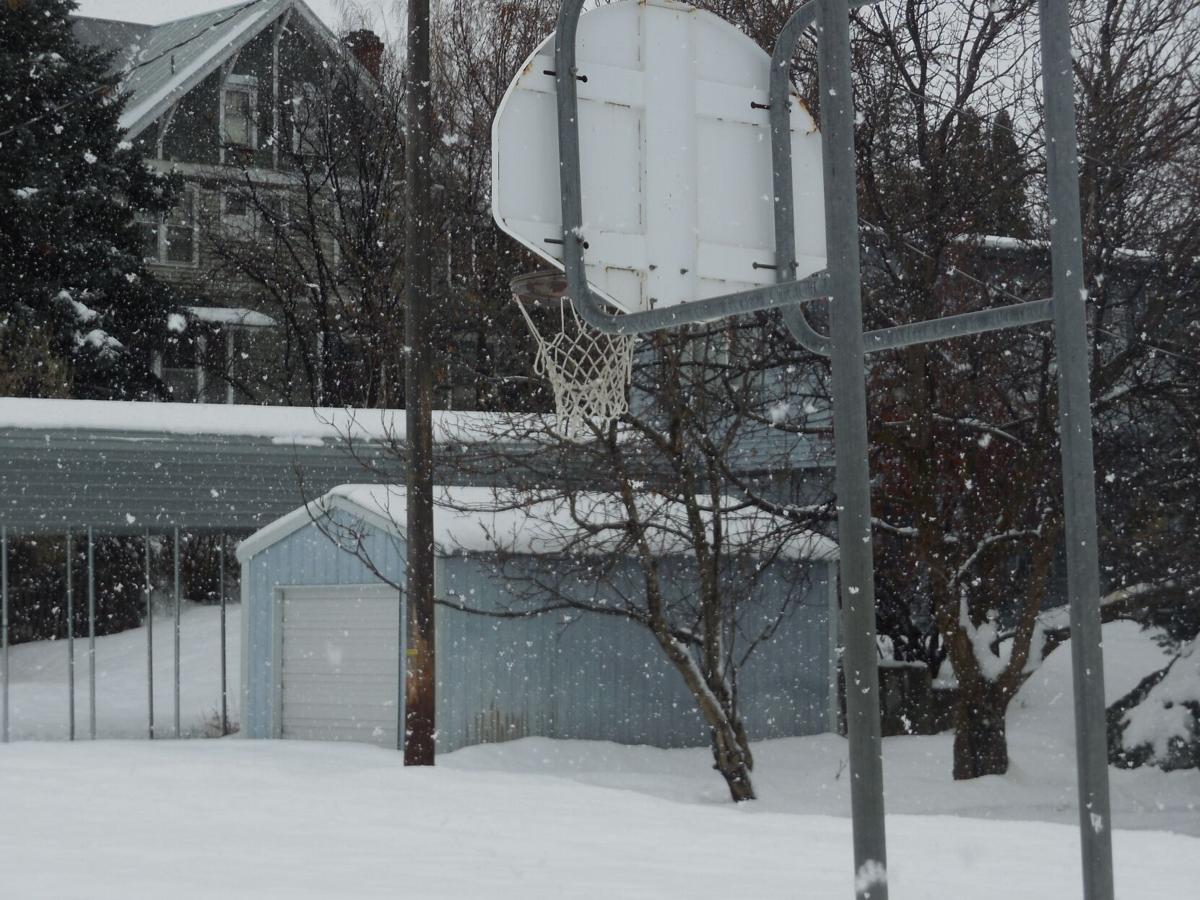 One of the basketball hoops at the court next to the town pool stands tattered Jan. 8. The courts could use a little attention from the town, mentioned council member Cody Preugschat at the Jan. 4 meeting.

Waterville residents can feel good about quite a number of improvements that were undertaken or completed around town during 2020.

Mayor Jill Thompson outlined these during the first council meeting of 2021, which was held on Jan. 4.

One of the larger accomplishments was the completion of the sewer improvement project, which replaced outdated pipes and has been effective in reducing the amount of groundwater that is leaking into the system. Another was the overlay of Central Avenue from Locust Street to Third Street.

The city addressed the aftermath of the devastating Kopey garage fire which destroyed the historic garage and killed owner Ray Kope in April. The Plain Holding Company has purchased the properties and is working toward developing them into businesses that can enhance the town.

A new pump and a variable frequency drive were installed on Well No. 3 when the existing pump failed.

The purchase of the Hedges property closed. Thompson said that Anderson Perry engineers are working on getting funding for the new sewer lagoons that will go in at the site.

The interior and most of the exterior of the pool building was painted and new toilets were installed.

A new oil-burning furnace was purchased for the town shop and will be installed soon.

The town did not take a financial hit because of the coronavirus. Instead, net tax revenues increased by approximately $10,000 over 2019, Thompson said.

The town took measures to address the coronavirus crisis. These included the use of CARES funds to purchase some new office equipment to assist with virtual meetings and the installation of a payment drop box in town hall’s foyer.

Councilmember Cody Preugschat asked that the town make some improvements at the basketball courts, including upgrading the nets. Councilmember Jammie Peterson pointed to the need for better lighting in Pioneer Park. Member Mike Davies suggested that the town provide more snow removal for the commercial area.

Thompson also shared some of her own goals. These included reviewing the municipal codes to look for codes that are outdated.

Thompson said that the garage fire revealed some gaps in services and the town could consider contracting for a fire marshall that would perform such services as routine inspections of the fire hydrants.

She said that an upcoming park survey will give the town government a better idea of residents’ priorities in terms of park upgrades.

Thompson said that the town is planning to replace the windows in the pool house, and is hoping to install at least a new roof on the Vista House on Badger Mountain.

Thompson said that the North Central Washington Economic Development District has put the town on its Highway 97 byways promotion. The district will come to take professional photos of places in town for its advertising.

Thompson, council, and town staff discussed the issue of about six utility connections that have outstanding balances of more than 60 days. Town attorney Steve Smith told Thompson that though the town cannot currently threaten to disconnect the utilities because of protections in the CARES act, it can still put liens on the property. Smith said that the lien must be put on a property within 90 days of the time that the first overdue bill is claimed. Thompson and council members agreed that this might be something to look into, especially for the connections that owe large amounts.

Town hall will be closed on Jan. 18 in observance of Martin Luther King, Jr. day. The next meeting is scheduled for 6:30 p.m. Jan. 19 and will be held via Zoom. See the town website for details.

A plan for giving new life to old laptops

The Blue Rooster building is a fondly remembered community treasure