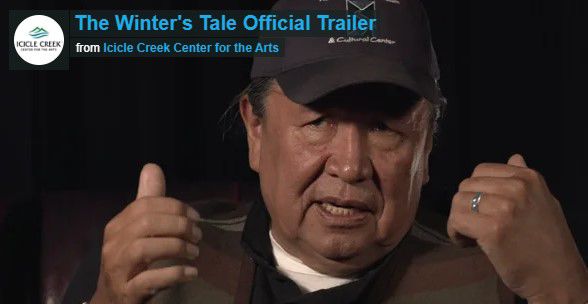 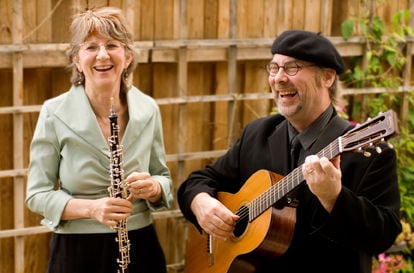 Eric Tingstad, a composer who plays fingerstyle guitar, and Nancy Rumbel, who plays oboe, English horn and the double ocarina, have performed, recorded and traveled together since 1985.

Tickets are $10. Proceeds will go to further The Winter’s Tale film series in Spring 2020.

The Winter’s Tale is a directed film study program reaching across the Wenatchee Valley and across cultures, designed to capture and preserve oral traditions while introducing students to the creative and technical processes of filmmaking.

The project, according to information provided by the Icicle Creek Center for the Arts, takes its name from a time-honored practice when, in the deep of winter, a tribal elder would gather the young people around and begin to tell a story, a story about the land, about the powers of the animals roaming through it and about the relationship of the people to it all. These stories would unfold over a period of days, delivered with a cadence that captivated young listeners, connecting them to the land and to their own heritage in ways that would remain with them their entire lives, and ultimately would be told again in the deep of winter to the generations not yet born.

The project is sponsored by the Icicle Fund, Sleeping Lady Foundation and the Wenatchee Art Education Consortium. For information or to see the trailer, go to icicle.org/winters-tale.

Link Transit has enlisted special scribe elves from the North Pole to assist young writers in crafting letters to Santa during a free workshop from 9:30 a.m. to noon, Friday. The morning includes an opportunity to create a holiday centerpiece from fresh evergreens, yummy treats and a ride on the Link bus to deliver the letters to the post office.

The trip is part of a series of free monthly tours designed for children and their caregivers seeking ways to explore interesting and fun destinations in Chelan and Douglas counties easily accessed from Link Transit's fixed-route system.

All tours begin and end at Wenatchee's Columbia Station and are designed to familiarize community members with public transportation.

Soothing sounds from the guitar, double reeds and the ocarina played by the Grammy award-winning duo Tingstad and Rumbel are coming to the Snowy Owl Theater Dec. 13, part of the Icicle Creek Center for the Arts’ Christmas schedule.

Eric Tingstad and Nancy Rumbel have performed and recorded music together since 1985, blending Americana fingerstyle guitar, double reeds and the ocarina. Their debut album, The Gift, quickly became a holiday classic. The next 20 years saw countless reviews, including The New York Times, The Washington Post, Billboard and No. 1 debuts on radio charts.

“Daughter of Arella” is the first in a trilogy.

Weakley, who was born and raised in Wexford, Ireland, now lives in Cashmere.

'United by Water' to show at WRI’s Red Barn