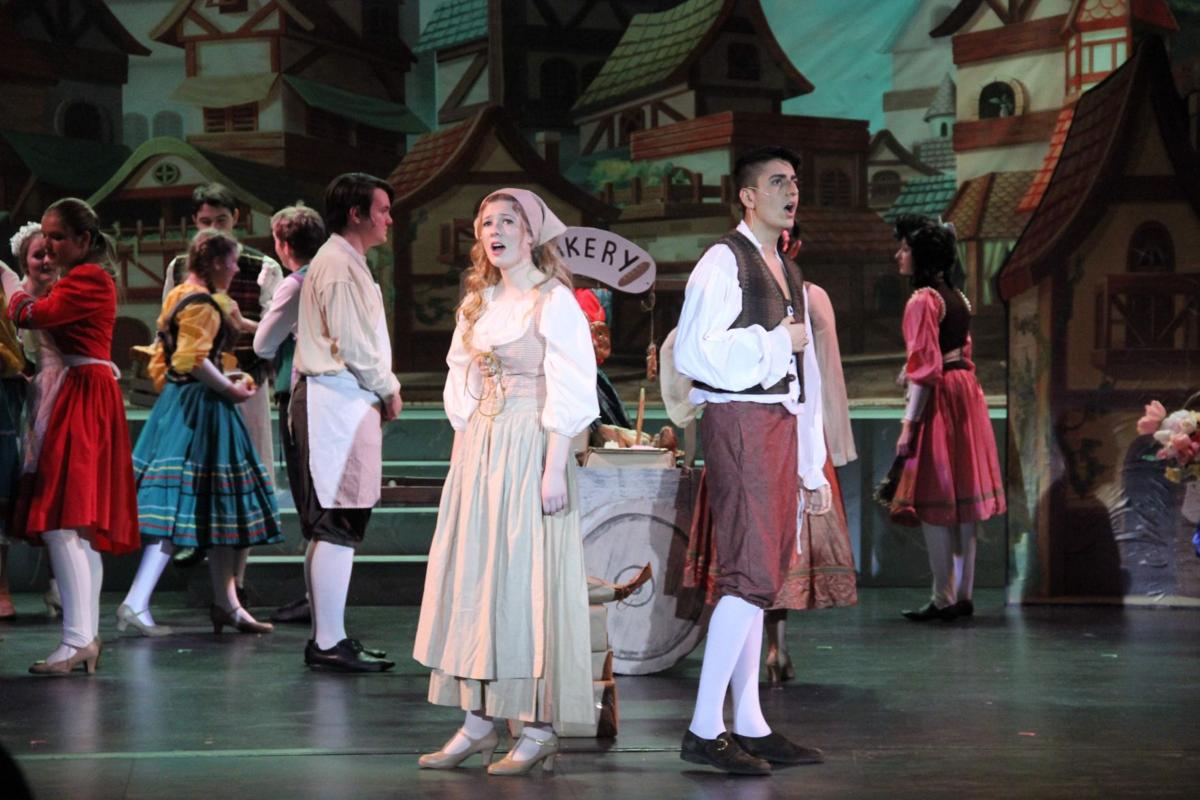 Cinderella (Audrey Millard) and Prince Christopher (Mario Espinoza) bump into each other for the first time in a scene in Eastmont Drama Club's production of "Cinderella, The Enchanted Edition." The seven-show run begins tonight. 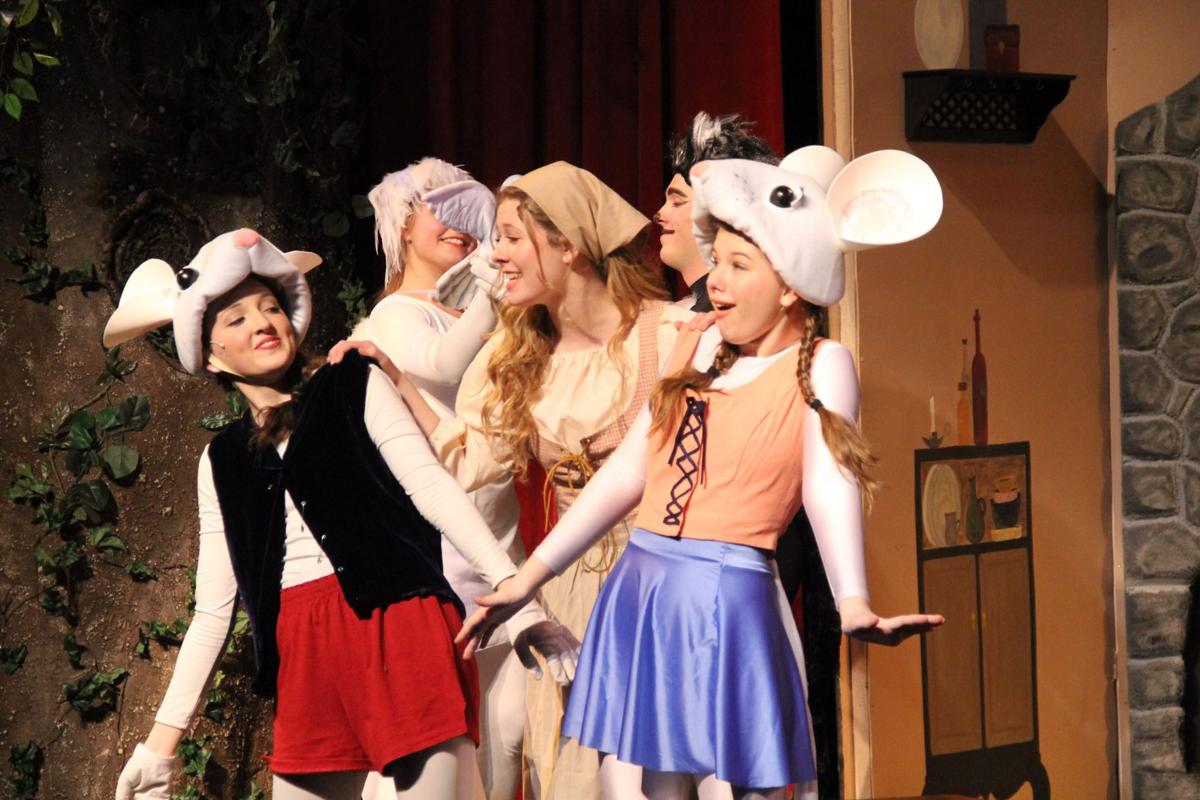 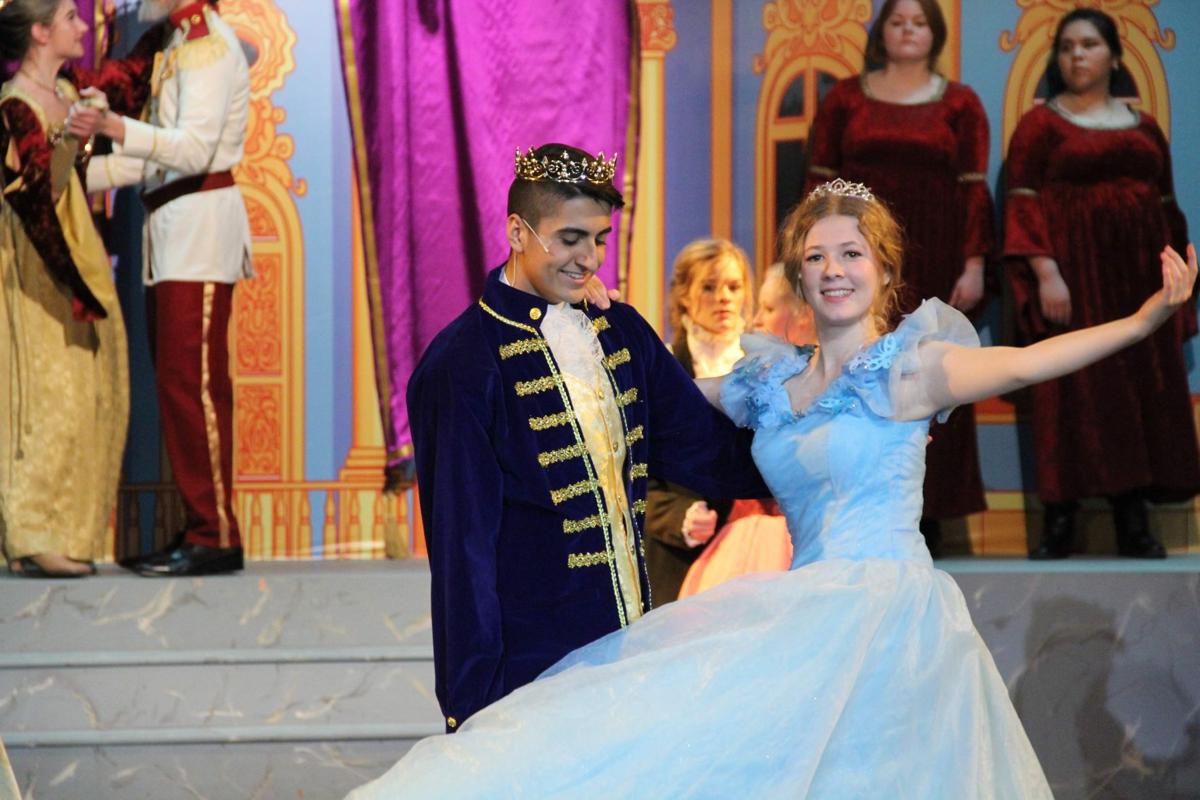 Cinderella (Audrey Millard) dances with the Prince (Mario Espinoza) at the ball in Eastmont High School's production of "Cinderella, The Enchanted Edition." Millard and Espinoza are both nominated for individual honors in the second annual Apple Awards.

Cinderella (Audrey Millard) and Prince Christopher (Mario Espinoza) bump into each other for the first time in a scene in Eastmont Drama Club's production of "Cinderella, The Enchanted Edition." The seven-show run begins tonight.

Cinderella (Audrey Millard) dances with the Prince (Mario Espinoza) at the ball in Eastmont High School's production of "Cinderella, The Enchanted Edition." Millard and Espinoza are both nominated for individual honors in the second annual Apple Awards.

EAST WENATCHEE — A fairy godmother, talking mice and magic are hard to resist.

So, when Eastmont High School Drama Club adviser Cynthia Brown was looking for a kid-friendly show that would be fun for the whole family, “Cinderella, The Enchanted Edition” fit the bill.

The show opens tonight for a seven-show run including a March 14 “Princess Matinee.”

“We encourage folks to bring their young ones in costume to the matinee,” Brown said, as princes and princesses. “We will do a little ‘coronation’ event at intermission, and the first 50 children to arrive will be crowned by the king and queen with a keepsake toy crown. I advise folks to buy tickets for that show in advance.”

The effort of bringing Cinderella’s magic to life started with December auditions, scheduled just a few days after wrapping up the fall student-produced drama, “She Kills Monsters.” That story was about a girl dealing with her sister’s death.

“We have done a lot of more adult-themed shows and we thought it was time to do a kid-friendly show for families to enjoy together,” Brown said of the decision to bring Cinderella to Eastmont’s stage. “This ‘Enchanted’ version of the Rodgers and Hammerstein script was produced for a Disney TV special in the late ’90s, starring Whitney Houston as the Fairy Godmother and Brandy as Cinderella, with a modernized, updated storyline which we felt had a better message for young girls.”

Brown, who is in her last year as the drama club adviser, is the producer. Matt Cadman, long active in all facets of community theater and former executive director of the Numerica Performing Arts Center, was invited as guest director for the large-cast musical, with parts for 30 students.

Before taking the Numerica PAC job in 2013, Cadman was an Eastmont teacher for 13 years.

The play itself comes with challenges.

“There are multiple sets and more than 100 costumes, but our producer and EHS drama adviser, Cynthia Brown, has done a herculean job,” he said. “Thank goodness we have such an experienced and dedicated production team and so many wonderful volunteer moms and dads. Then, of course, there are 30 teenagers.”

They do make it fun, he said.

“This cast is hilarious! It is not uncommon for me to break out in laughter as I watch a scene unfold,” he said. “There has been a healthy amount of improvisation in their scene work, too, which I love to encourage.”

The students also have a chance to show off their talents.

“This cast can hoof it!,” he said. “Cinderella has several ensemble dance numbers, and Megan Allen, our amazing choreographer, has the cast dancing with poise — from waltzing and tap, to polka and ballet, even our reticent young gentlemen look like Baryshnikov!”

And they can sing.

“I have had the pleasure of working with some very gifted singers, teens and adults, over the years and I would rank this group of soloists and ensemble voices among the best,” he said. “Tara Abbott, our musical director, has really developed these voices.”

Abbott is directing the harmonies with 30 actors on stage and up to 35 singers in the auditorium.

Ken Sinko is volunteering as tech director, Music Theatre of Wenatchee’s Arlene Jones and Tony Talbot are lending their talents, and cast and crew parents have stepped in to help build, paint, do costumes, props, promotions and bring hot food for the long rehearsal evenings, Brown said.

“Many cast members have been helping with construction and painting in the last few weeks, discovering hidden talent and learning new skills,” she said.

Cadman said he’s too close to the production to pick a favorite scene, but believes the audience will get a kick out of “the search,” when the Prince tries to find the owner of the missing glass slipper after the ball.

“We break the ‘fourth wall’ each performance by going out into the audience, asking ‘young maidens’ to come up on stage and try the slipper on for size. It should be a scream, and lots of fun for all!” he said. “It is my hope that people, young and old, will leave the theater and be reminded of the Sinatra classic, ‘Fairy tales can come true, it can happen to you, if you’re young at heart.’”