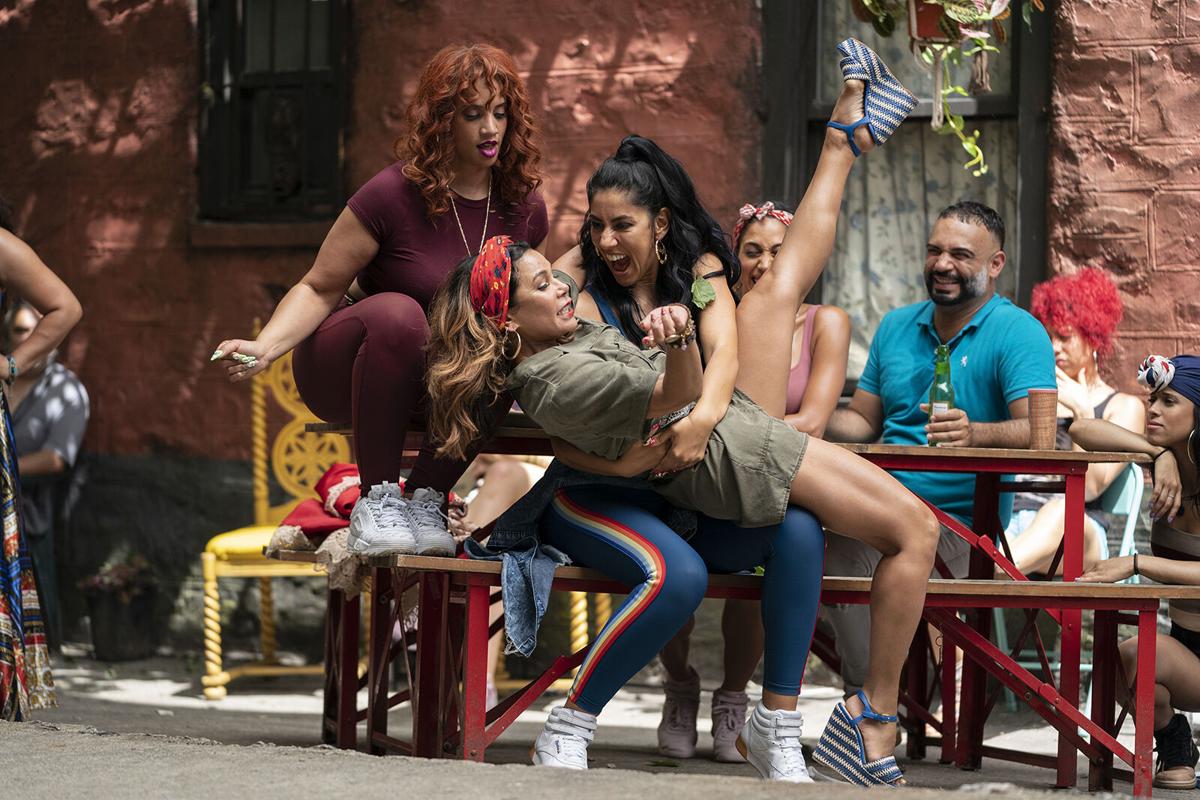 From left, Dascha Polanco as Cuca, Daphne Rubin-Vega as Daniela and Stephanie Beatriz as Carla in Warner Bros. Pictures' "In the Heights." 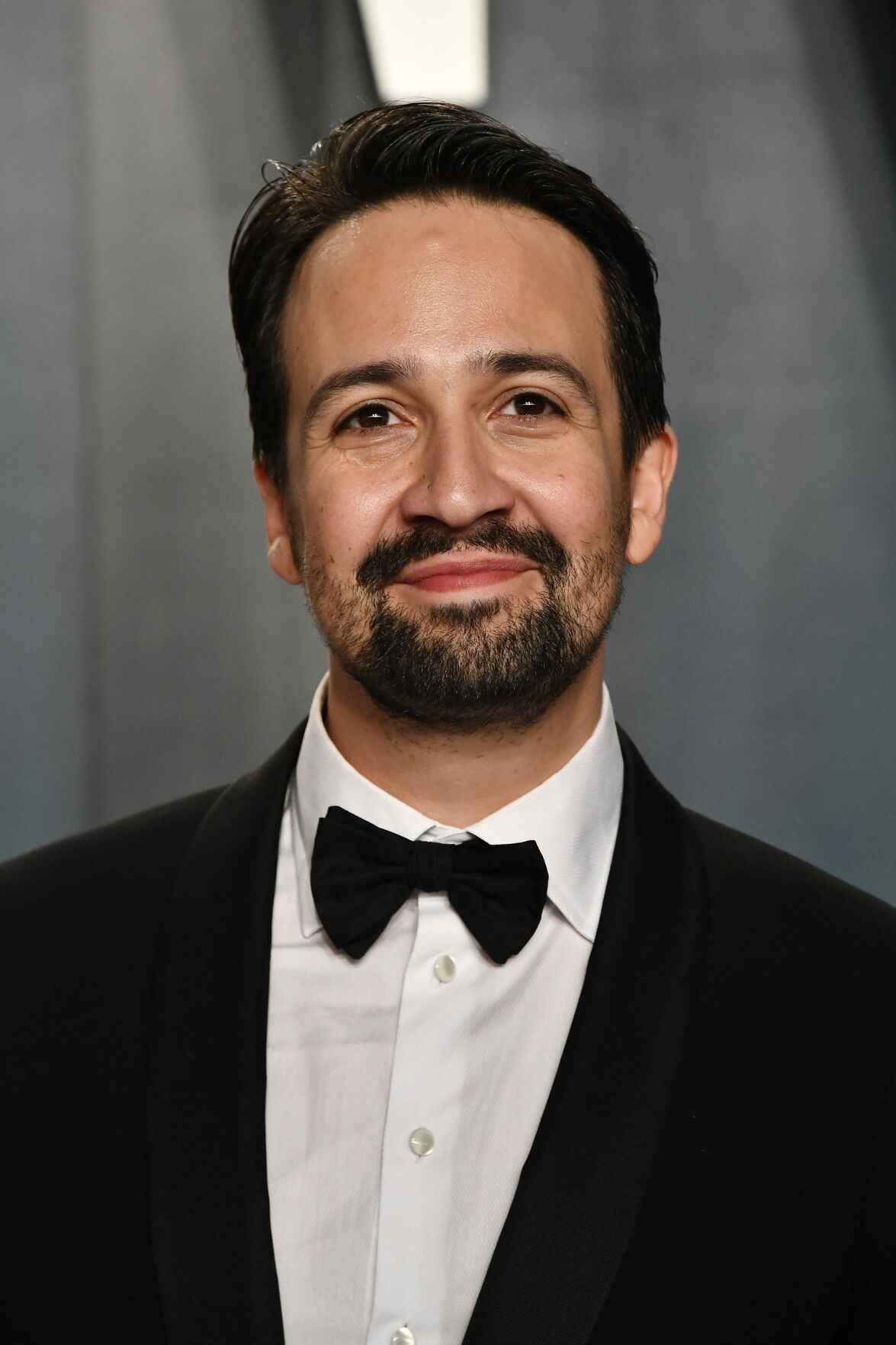 There were two long waits that had to be endured before Lin-Manuel Miranda and Philadelphia-born playwright Quiara Alegria Hudes could bring their Tony-winning musical “In the Heights” to the screen.

The movie’s release was delayed by a year by the pandemic. It finally opens today in theaters and streaming on HBO Max.

And, as Miranda notes, it’s been half a century since the last blockbuster movie musical about Latinos in America. (Steven Spielberg’s remake of 1961’s “West Side Story” is due out in theaters in December.)

“In the Heights,” directed by Jon M. Chu (“Crazy Rich Asians”) is based on the 2008 Tony-winning musical with music and lyrics by Miranda and book by Hudes, who is also the movie’s screenwriter.

Its story takes place in the predominantly Dominican neighborhood of Washington Heights, in New York City, over the course of three very hot summer days. Usnavi, a bodega owner played by Anthony Ramos, finds himself in a life-changing moment, with mixed feelings about closing the store and returning to the Dominican Republic after inheriting a fortune from the neighborhood’s grandmother figure.

Miranda, who co-produced the film, said his own life journey is inseparable from “In the Heights,” which includes childhood memories and family experiences from growing up in Washington Heights in the 1980s.

The film is a love letter to the vibrant neighborhood’s essence and sense of belonging, where people lean into each other while dreaming big and struggling with gentrification and environmental racism.

Miranda said he sees his own small role, as the neighborhood piraguero, as “a love letter to my abuelo Wisin,” who died shortly after “In the Heights” opened on Broadway. “I’m wearing all his [stuff] in the movie. I’m wearing his e’pejuelo [glasses] around my neck. ... I’m wearing my socks rolled up. When my wife saw my costume for the piraguero, she said, ‘They let you wear your grandfather’s cargo shorts to the movie?’”

“In the Heights” also represents “so much of the DNA” of Philly, he says, thanks to “your compatriot Quiara Hudes,” a Pulitzer Prize winner for her drama “Water by the Spoonful.”

“She was drawing on her cousins, and her [Puerto Rican and Jewish] family and her community in writing this,” Miranda says. “It’s not autobiographical, but there are so many details that are drawn from my life, from Quiara’s life.”

Compared to his smash hit, “Hamilton,” he says, “Heights” is the more personal work, but it’s also “a giant reminder that we are the next American story and we all come from everywhere.”

Its pandemic delay only makes the film’s arrival more poignant. “I feel really good about the movie coming out now,” Hudes said. “I just hugged my mother safely for the first time in over a year. I’m not alone, and that year, good God, that comes at a cost. It was a heartbreak for her not to hug her grandkids safely.

“In this movie, people are gathering at abuela’s house, playing chalupa, playing bingo. They’re gathering in the back alley to dance on the hottest day because the ACs are broken down, they’re in the community pool, and having a dance party at the dance club. It will remind us what it’s like — because I honestly believe we’ve forgotten — to be together in a space with your neighbors, with your friends.”

Hudes, who is from West Philadelphia and now lives in Washington Heights, said growing up in a very diverse but segregated city like Philadelphia gave her the vision to create the narrative arc for some characters and their relationships.

She said Philly shaped her understanding of the “many invisible walls that create separation” in U.S. society, which informed the relationship between the movie’s character Nina (Leslie Grace), a Boricua who grew up in Washington Heights and is a freshman at Stanford, and her father, Kevin Rosario (Jimmy Smits), a businessman who moved from Puerto Rico to Washington Heights.

”Even though it’s New York and you are exposed to a lot of culture, she kinda grew up in this bubble. She had so much support that understands her culturally that it’s very strange for her to all of the sudden get to a very white space like Stanford,” Hudes explained.

”So, Nina is having to navigate spaces that are segregated and is — in some ways — not prepared, because her papi came from Puerto Rico into another Latino community and, so he has not really gone into the white world in the same way that he expects Nina to do.”

The screen adaptation of “In the Heights” is nearly two-and-a-half hours long, with 24 songs. It’s a highly energetic film from beginning to end, with little details that emphasize the filmmakers’ intention to design a production for Latino audiences that would highlight the things that bring them joy: the Vaseline jelly pot sitting on abuela Claudia’s nightstand, the fireworks at night, the hand embroideries and the graffiti street art everywhere.

Mexican singer and actress Melissa Barrera plays Vanessa, a hairdresser (and Usnavi’s sweetheart) who dreams of leaving the changing barrio to become a fashion designer and live downtown. She said many will see themselves reflected in Vanessa for her ambition and desire to make her dreams come true.

”I left my hometown of Monterrey to go to college, ‘cause I wanted to do musical theater and be on Broadway,” she said. “But, every time I go back to visit my mom and my sisters, I’m like: This is home, this is me, this is what gave me all the inspiration and material that I needed to build the dreams in my head.”

Although Washington Heights is a more U.S.-born and Latinx-mixed neighborhood these days, “In the Heights” focuses on the experiences of first-generation immigrants as a way to encapsulate Latinos’ unique but relatable experience in the United States, Miranda said.

Miranda said “In the Heights” offers just a slice of the diverse Latino experience since no production can encompass the full array of stories. He said the production celebrates the bond that exists within all these communities.

“There’re millions more stories where that came from, millions of specificities that we may not capture — and that is OK,” he said. “The goal is that the next Latino musical doesn’t come out in ... 50 years.”

Check it Out: Flamenco night at Ruby Theatre

NCW art leaders reflect on ways to bring art back

Lin-Manuel Miranda on 'In the Heights': 'We are the next American story'

Check it out: Learn how to weave a basket with pine needles