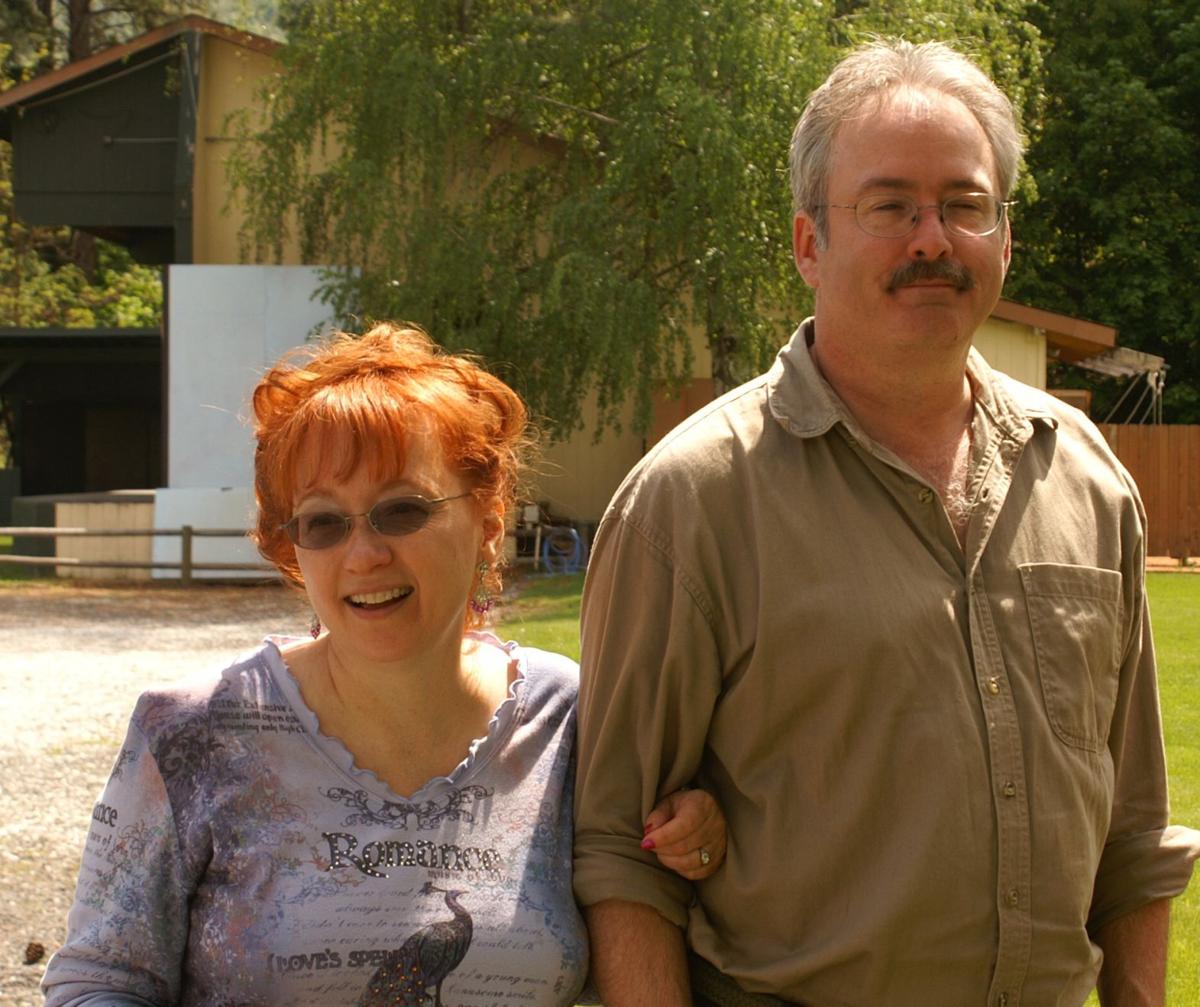 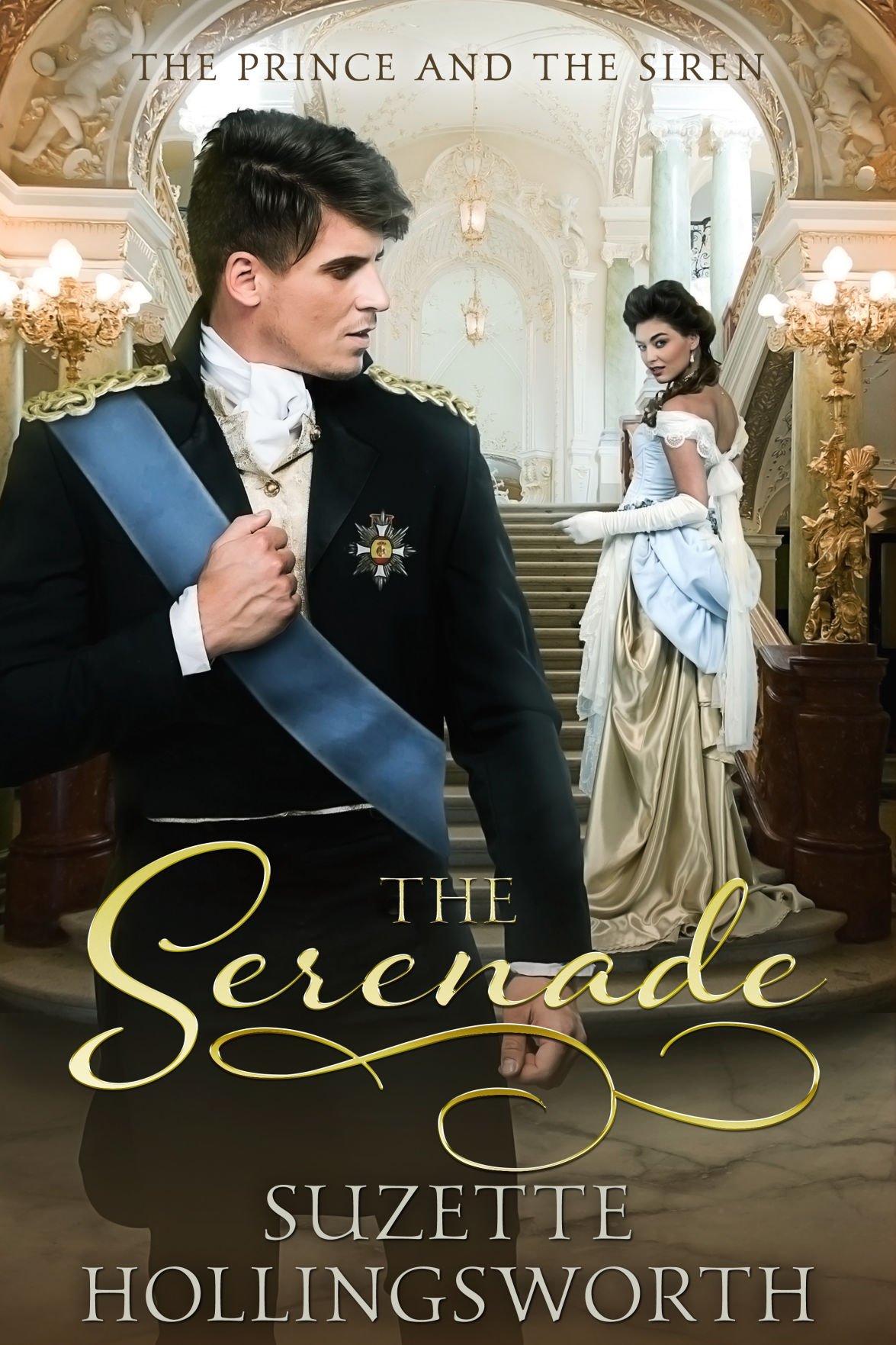 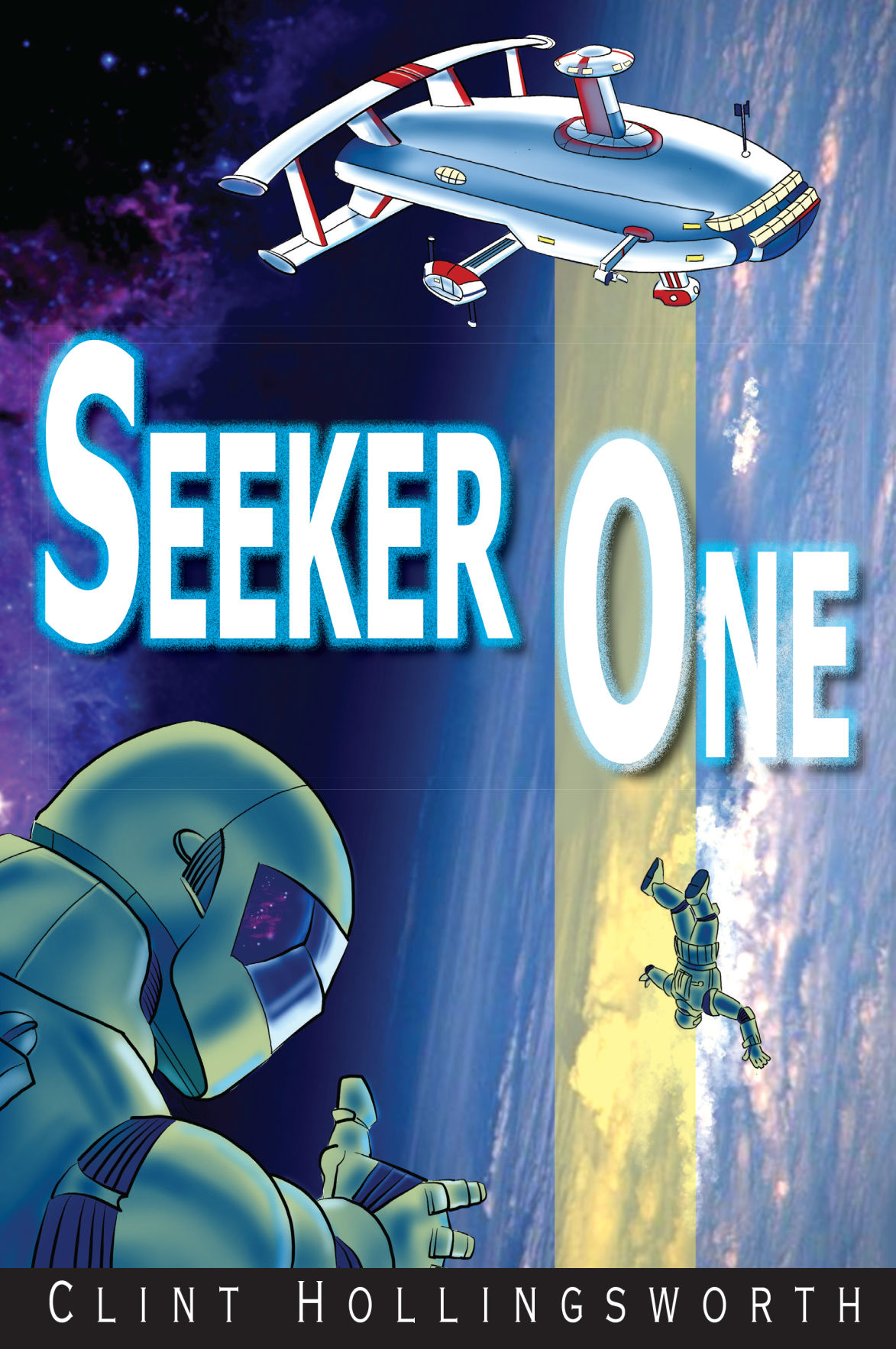 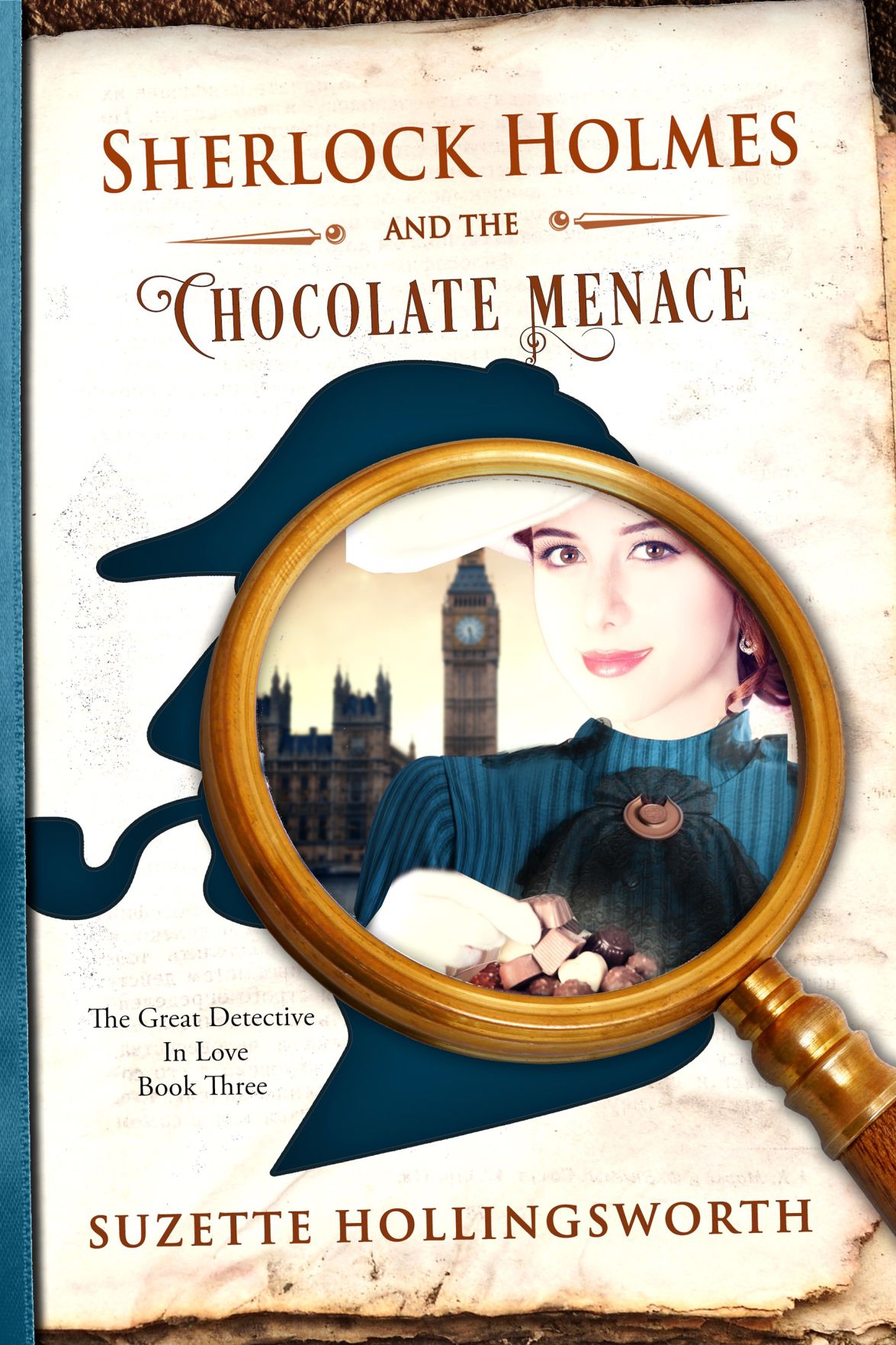 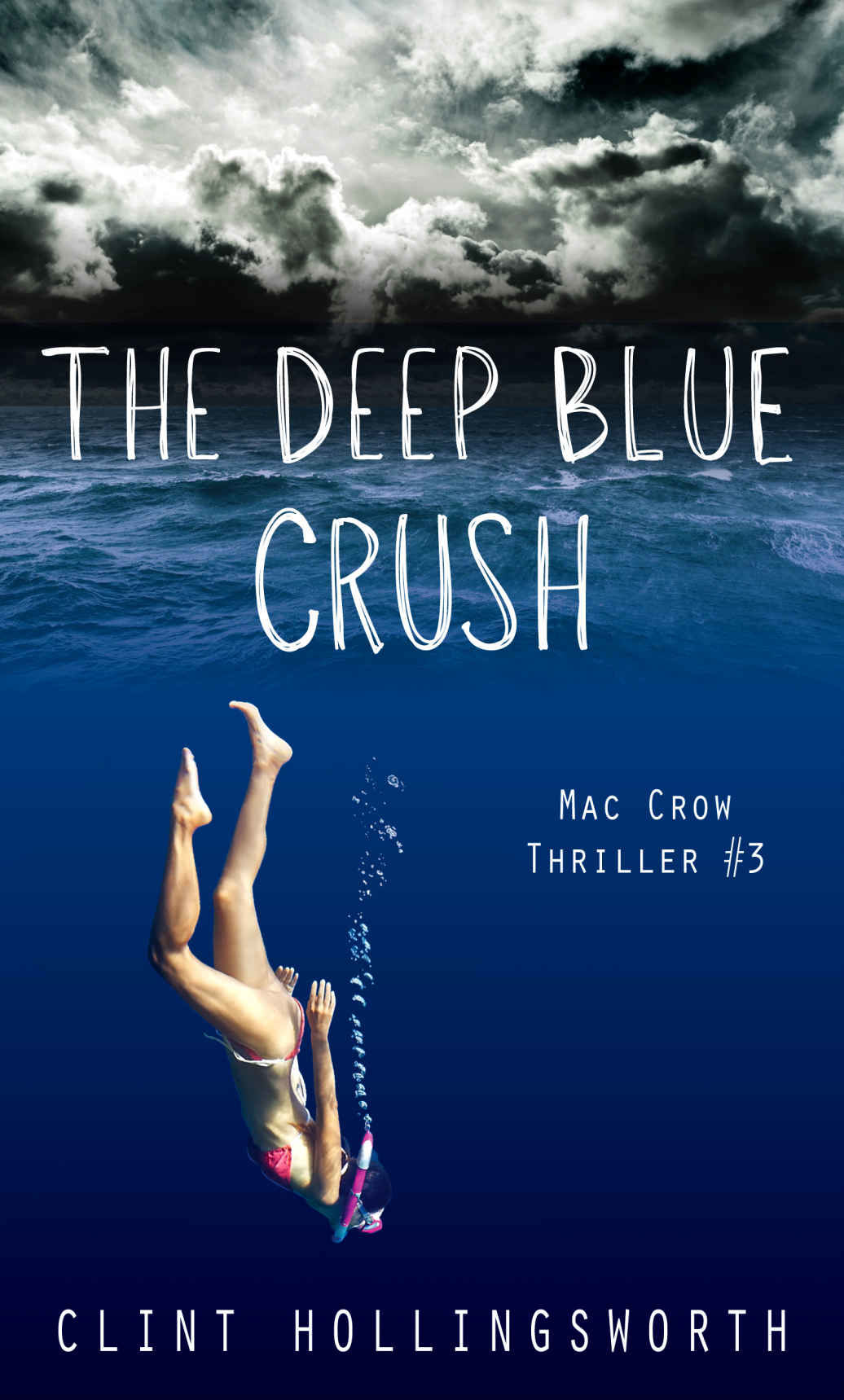 Somewhere, nestled in the Cascades in the tiny town of Leavenworth, lives a pair of authors who share more than an abiding love for stories — Suzette and Clint Hollingsworth are married.

Their unique situation lends itself to a myriad of opportunities for collaboration. The pair share editing notes frequently, and Clint does design work for their novels. And unlike many married couples, they also have a near-constant source of conversation topics.

“We both are really good for each other,” said Suzette. “He’s a good editor for my action. I’m not strong in action. He does action, killing people, that kind of stuff. And I’m better at emotions. So if he has these cardboard characters, I can tell him he needs to flesh them out — or if he’s presenting women in a way that I don’t care for.”

While having two writers under the same roof leads to lots of collaboration and shared interests, it doesn’t mean they spend all their time together.

“When we are writing,” Clint said, “we sometimes live at opposite ends of the house and don’t see each other until dinner time.”

And sometimes, collaboration can hurt. They both, for example, often use professional editors.

“I was too mean of an editor,” Suzette said.

Still, they playfully poke at each other’s weak points and simultaneously speak to the other’s strengths.

Their experience of the storytelling process couldn’t be more different. For Suzette, writing itself is a joy.

“To be in a creative space, for me, is kind of like being in the presence of God,” Suzette said. “It’s sort of a magical place to be, to be creating.”

Clint, on the other hand, finds writing to be a chore but enjoys the finished product.

Suzette previously worked as a fiscal specialist at the University of Washington and Clint was a graphic artist, which he still does occasionally on a freelance basis.

Writing is what they do full time — though Clint is quick to point out that it will take another two to three books before they are bringing in enough income to actually call it a living.

“We’re not rich,” Suzette said, “but we don’t have a lot of expenses either.”

Creative fields, in general, are known for being tough arenas in which to carve out a living, and fiction writing is no exception. The pair self-publish through Amazon Kindle Direct — a popular platform that allows indie authors like Clint and Suzette to publish books on Amazon.

“One of the best strategies, if you are going to be writing fiction, is to do it as a series rather than just a stand-alone book,” said Clint. “If you’ve got characters that are interesting and fun to read, they’ll want to go back and visit those characters again, so they’ll buy the next book.”

Of course, it isn’t enough to simply have a good book and an eye-catching cover, Suzette said. Self-publishing is incredibly easy, which means that visibility is a problem. The Hollingsworths send about a third of their revenue back to Amazon for advertising, and they place ads elsewhere as well. Above all, they both emphasize the importance of reviews.

“All creative endeavors are hard to make money in,” Suzette said, “but for authors, the review is the golden amulet. If anybody loves an author or a book, please write a review. You don’t know your own power.”

Currently, Suzette is working on a World War II spy romance. Clint, who puts out about a book and a half each year, is finishing up the fourth book in his Mac Crow series, an eclectic combination of the wilderness survival and thriller genres.

Both Clint and Suzette agree that writing is an exercise in discipline, and writer’s block is nothing more than a lack of it.

“The honest truth of the matter is, if you are writing to make a living, you don’t really have the option of having writer’s block,” Clint said. “I’m not saying there aren’t days where I only write a little bit, but even just writing a little bit is moving forward.”

Writing sometimes comes just one word at a time — but those words do add up.

“I don’t think people realize how quickly you can write a book if you just put your mind to it,” said Suzette. “It’s kind of like hiking or climbing a mountain. You just keep putting one foot in front of the other, and pretty soon you’ve got it.”

Clint’s upcoming book, “Dying to Win,” will be out in the next month or so. Readers can find links to Clint’s work on his website, clinthollingsworth.com.

Suzette’s next book, “The Resistance,” features a political cartoonist with the Allied Powers and an Italian Contessa with the Axis Powers. Readers can find links to Suzette’s work on her website, suzettehollingsworth.com.

Local artists are keeping creative while self isolating

Look online for ways to connect locally and view globally

'No right or wrong' — Marilyn Weaver is a dedicated watercolorist

5 romantic comedies can raise your spirit during coronavirus self-quarantine

To help pass the hours, 6 paperbacks to consider

Married to the craft of writing and to each other