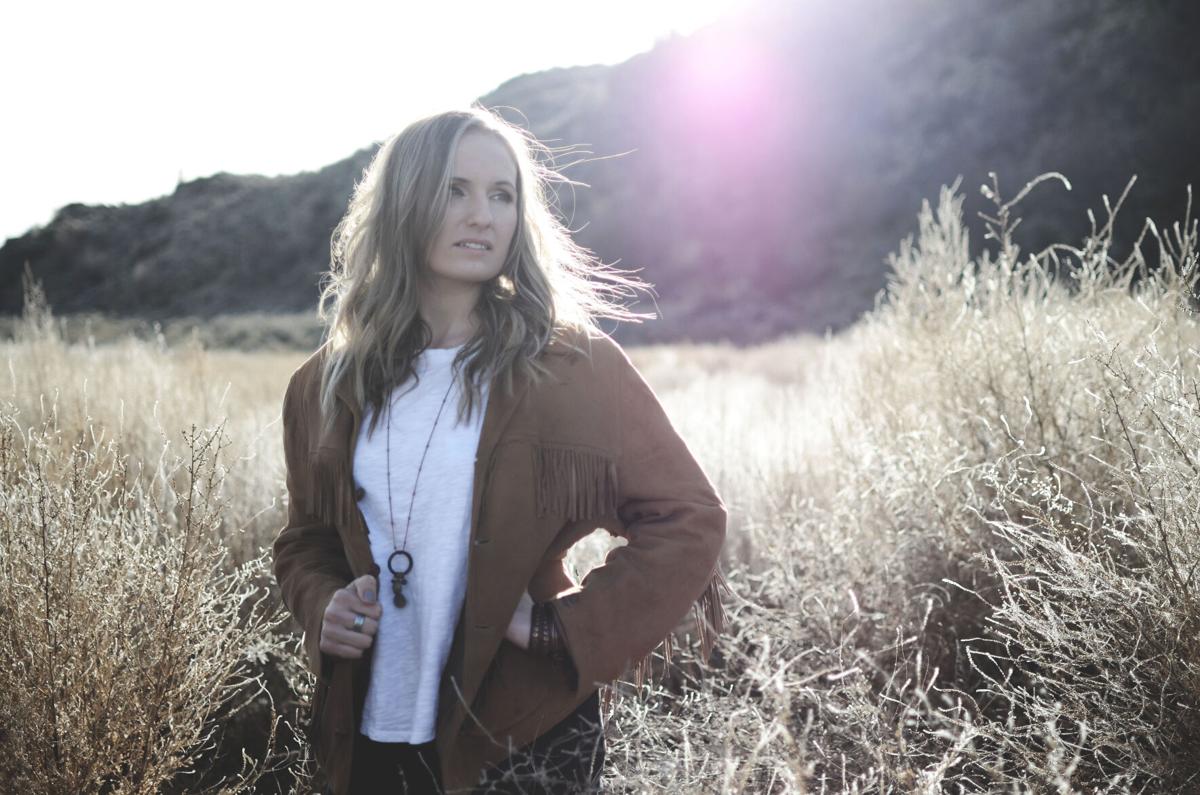 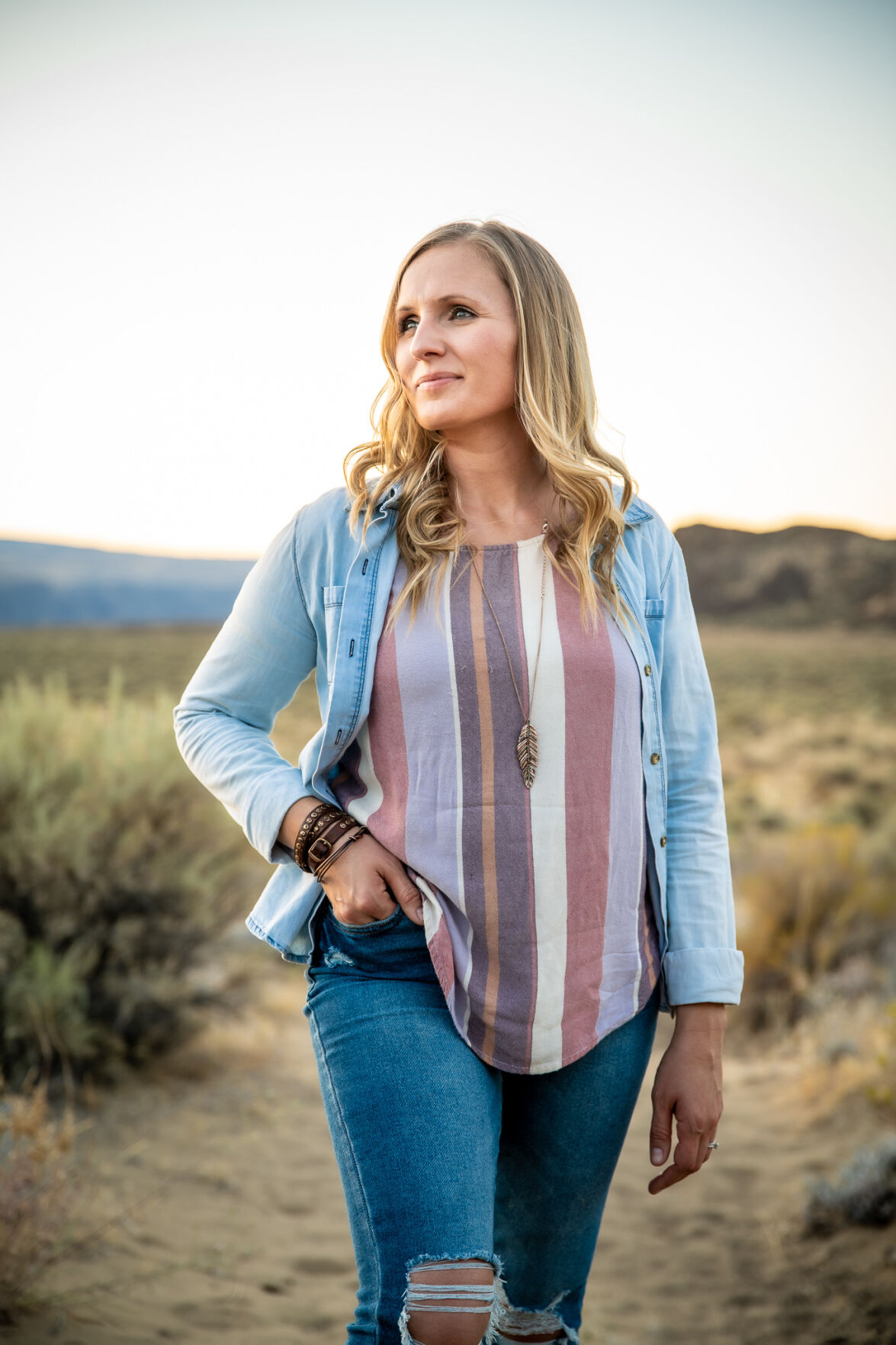 Nicole Unser takes her listeners on a path through love, pain and healing in her latest album, “Wyoming.”

The Riverside resident is a country singer, songwriter and storyteller. She released her second album in March, a collection of songs detailing mental health challenges faced throughout her life and by her family.

Unser moved back to Riverside after spending a couple of years working as a backstage tour guide at the Ryman Auditorium in Nashville. She returned home in search if a simpler lifestyle, one that she often sang about in country songs.

The Wenatchee World caught up with Unser to talk about her new album and what she hopes listeners will take away from its stories.

WW: How do the story-songs work, what are they?

Nicole Unser: The title track is called “Wyoming.” It is a perfect encapsulation of what the whole album is about.

My two girls, last summer, I took them to Wyoming to see their biological grandfather who they haven’t seen since they were tiny, tiny little girls. [When] we got to Wyoming, their good ol’ cowboy grandpa just slung the string door open and put his arms out. They hadn’t seen him in so long and it was just quintessential grandpa.

As I went walking, in the cadence with myself, I started to have this song just write itself. I began to sing “why oh Wyoming, got me wondering why oh why me.” And it was their story, which is the story of a girl going back to the last place where she remembers who she was.

It ended up being the idea of the whole album, that we need to go back in order to move forward. I decided this album has to be called Wyoming because that’s what all of these songs are about.

WW: What were some of the challenges in creating this album?

Unser: When it’s such a personal album, every single song is something that I’ve personally lived.

For any artist, the fundraising process is terrifying. You have this goal and you try to not have all your self-worth wrapped up in what people think of your music or whether they’re willing to give towards it. That was very scary in and of itself.

Then, going into the studio I decided to release each of these songs online, one song per month. The last song is the song I released this month, it’s called “Bittersweet Sixteen.” And it is a song about mom, her final suicide attempt on my 16th birthday. We grew up in a house with mental illness; she was bipolar schizophrenic. There was a lot of trauma growing up around that.

This song I released in conjunction with National Suicide Prevention Month. Going into the studio, if you’re asking people to do hard stuff through your music, like going back and moving forward, you have to be willing to do that as well.

There’s another song called “Dear daughters” for my two adopted girls. Both of those were moments of getting very choked up. You don’t want to take all the emotions out of it and yet you got to be able to get through the whole thing without breaking down into tears. [There are] intense emotions throughout the project.

WW: How and what is the reason for mental health being a theme throughout the album?

Unser: There’s another song called lighthouse, about addiction. Mental illness and addiction tend to go hand-in-hand. Throughout my life it was something that I dealt with but I didn’t realize how many people that it actually has touched. The more and more I share my story, the more and more I have people saying “I’m that kid who had that parent with mental illness,” or more often I’m hearing “I’m that parent who never realized how it affected my child.”

What people aren’t yet talking about, and I think they soon will be, is the silent pandemic. Addiction, suicide and depression is the other side effect of all the isolation and all the uncertainty.

WW: Is it ever hard to perform these songs due to how personal they are?

Unser: Because I have chosen to go back and do a lot of my own work in these areas, it’s not as difficult as it used to be. If I were sharing from a wounded place, I think it would be really hard. But, because I’m sharing from a healed and restored place, it just is pure joy to be able to share these stories.

I’ve noticed the more I share something difficult, the easier it gets each time I do it. That connection with another human being is healing in and of itself.

Creating an open conversation about mental health through music and storytelling

The 8 albums we can't wait to hear this fall

Loosen up with some evening music this week