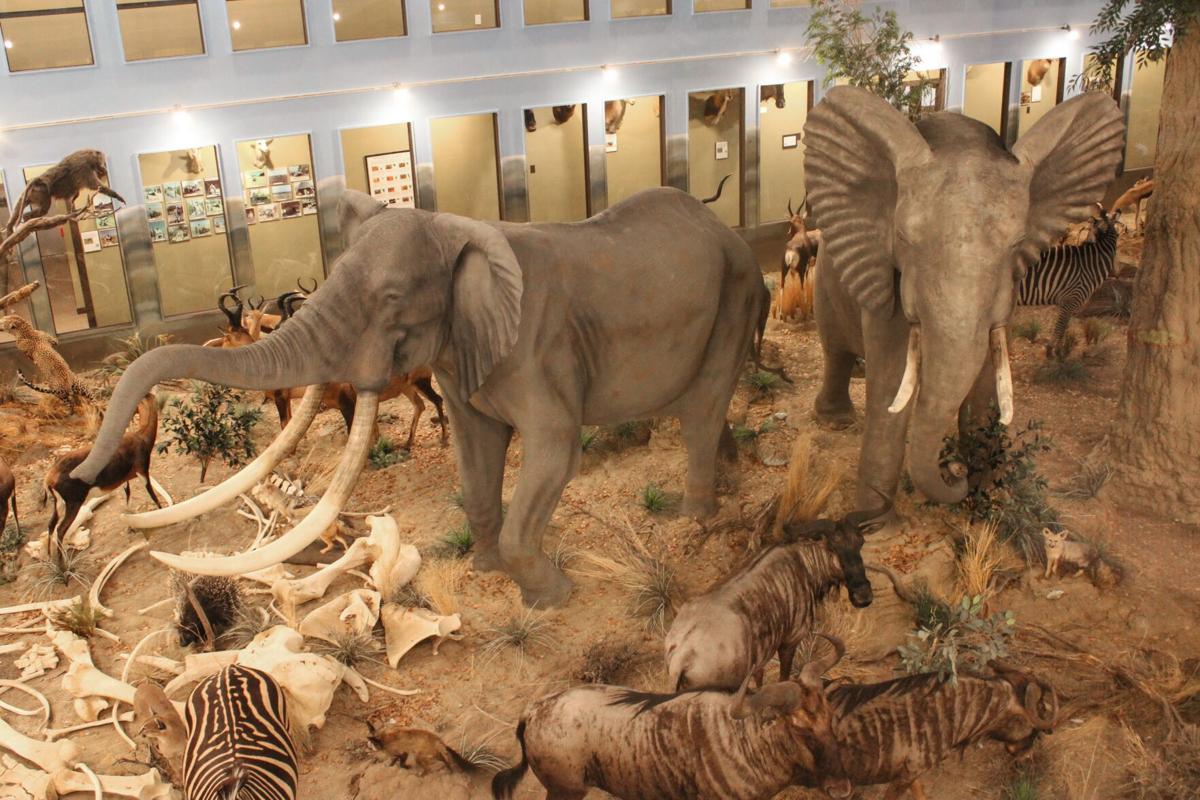 The Africa exhibit is the largest display of taxidermied animals at Lasting Legacy Wildlife Museum in Ritzville. The museum reopened last month after being closed due to the COVID-19 pandemic. 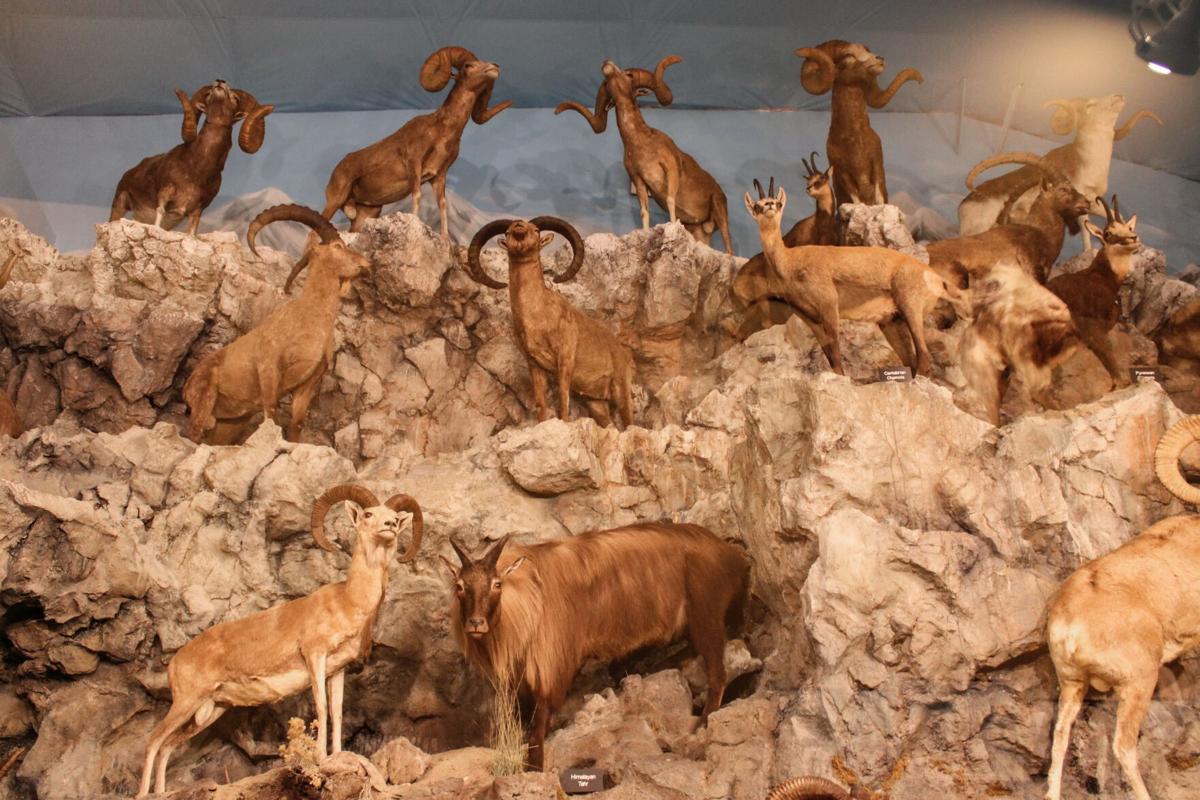 Sheep and goats of the world can also be found at the museum, which originally opened in 2018. 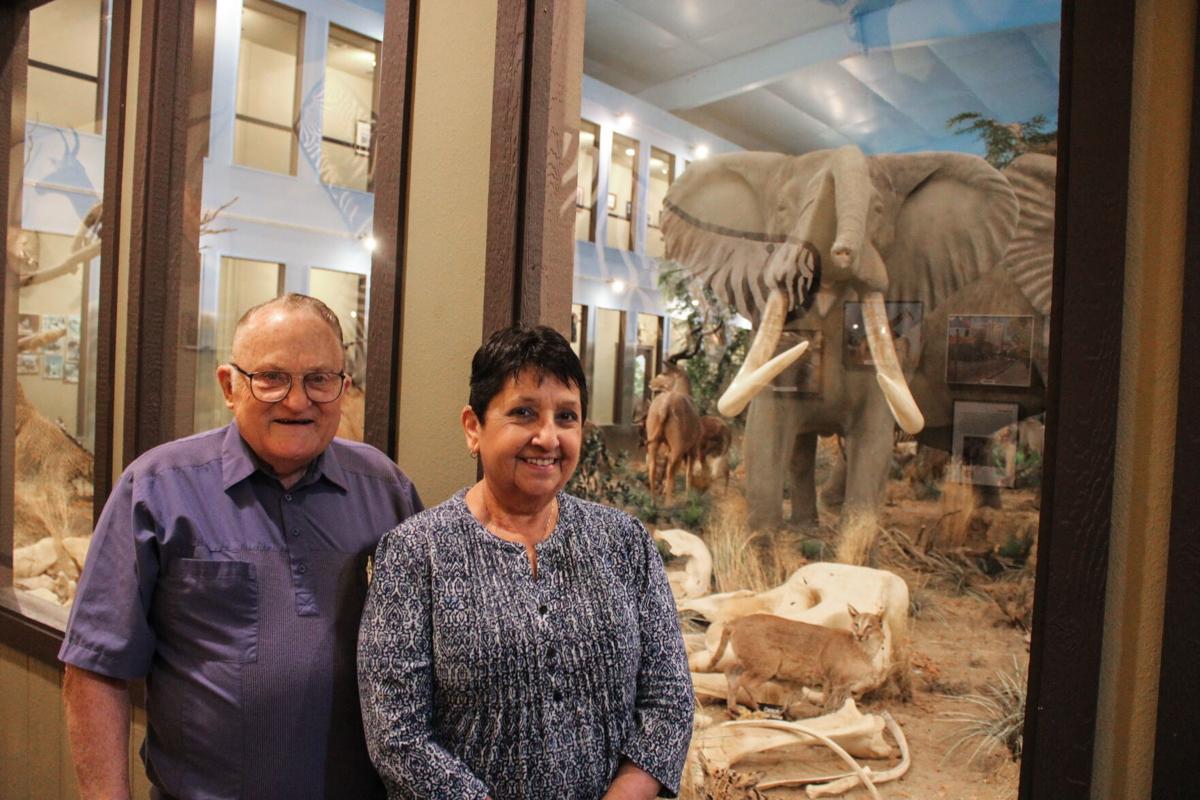 Dr. Don Sebesta and Sandy Tyler are owners of the museum, which has taxidermied animals from all over the globe.

The Africa exhibit is the largest display of taxidermied animals at Lasting Legacy Wildlife Museum in Ritzville. The museum reopened last month after being closed due to the COVID-19 pandemic.

Sheep and goats of the world can also be found at the museum, which originally opened in 2018.

Dr. Don Sebesta and Sandy Tyler are owners of the museum, which has taxidermied animals from all over the globe.

RITZVILLE — Lasting Legacy Wildlife Museum has more than 1,000 taxidermied animals from more than 60 countries, spanning every continent, but Antarctica.

Launching in 2018, the museum at 1729 Weber Road in Ritzville reopened in March after being closed throughout the pandemic.

The displays circle around the largest exhibit, Africa, in which owner Dr. Don Sebesta has hunted 17 times, he said. Other rooms hold spectacles of North America, South America, Europe, Asia and Australia.

Sebesta is aware of the museum’s level of marvel.

“It shows you what you can do if you’re crazy,” he said.

Sebesta spent 17 years in the military, 14 of which were active duty, he said. After leaving Vietnam and the U.S. Army, he raised his children, joined the U.S. Air Force, and was stationed at Fairchild Air Force Base as a flight surgeon.

Throughout that time, too, he traveled and hunted, he said.

“You spend your money on something, and when you get older you realize a lot of it was junk,” he said. “I do what I like.”

The majority of the animals on display he and his wife, Sandy Tyler, killed in these travels, he said, but some are purchased or donated.

The museum was 19 years in the making, he said.

It started with their home collection, which piled up in the house. Kids would come by regularly and ask to see his animals, he said. It was then Sebesta and Tyler realized the potential.

“We have a talent we don’t even recognize,” Sebesta said. “We should build not a ... trophy room, but a real museum: education, life-size animals, the whole thing, and at that point we just switched.”

When they hired a destination development consultant to determine the best possible location, the consultant gave options all over the country, Sebesta said, one of which was Ritzville.

That location seemed odd at first, because there’s nothing like it there, Sebesta said. But the consultant said because Interstate 90 and U.S. Route 395 intersect right near Ritzville, it brings in 27,000 tourists a day who don’t stop because there’s no reason to do so.

While the pandemic has been rough on the business, the couple used time to build the museum, Sebesta said. It now has a theater, art gallery, Star Trek memorabilia, a gift shop, and a “touchy-feely” room, as Sebesta called it, of bones, bug displays, furs and non-breakable items.

“Kids go crazy if they can’t touch things,” he said.

Along the walls, 4,000 photos of Sebesta’s hunts stretch across the place.

“I’ve hunted all the sheep, goats, ibex, chamois, in the world,” he said.

For his next international hunt, Sebesta said he wants to hunt wild sheep in China.

“It’s not a difficult hunt, but when you’re over 80 everything is kind of tough,” he said.

Occasionally, people come into the museum who are against hunting in general, or against it at this scale, Sebesta said. But to him, the most important thing is the children and the educational component.

Passing by a mandrill, kids pressed up to the glass and gasped in excitement.

“Hear that family?” Sebesta asked. “That’s what it’s all about.”

One of the biggest challenges, he said, is the varying regional laws about hunting and acquiring animals for the museum. Areas have different rules about what animals can be where and in what form, which changes regularly with time and administrations.

This aspect is constant work when putting together the museum, he said.

“If you’re really passionate, even the worst guy in the world is going to let you do it,” he said.

The museum is not for profit, Sebesta said. Once he and his wife die, a board will hire a new director for it to live on.

His goal is to model the place after Disneyland, he said. He wants to have voice recordings of his adventures folks can listen to after he dies.

With the reopening, he’s been scheduling field trips with the local school district and local senior groups, he said. In the future, they are looking at building another wing for animatronic dinosaurs.

He also wants to create a display of antique farm machinery, he said, and perhaps even a live butterfly room.

The museum has been one of the best things of his life, he said.

“You like to think you’re doing something good,” he said. “I got kids down there going crazy because they’re seeing baboons and monkeys and elephants and giraffes and hippos.”

Sign up for one or both Bird Fest art workshops