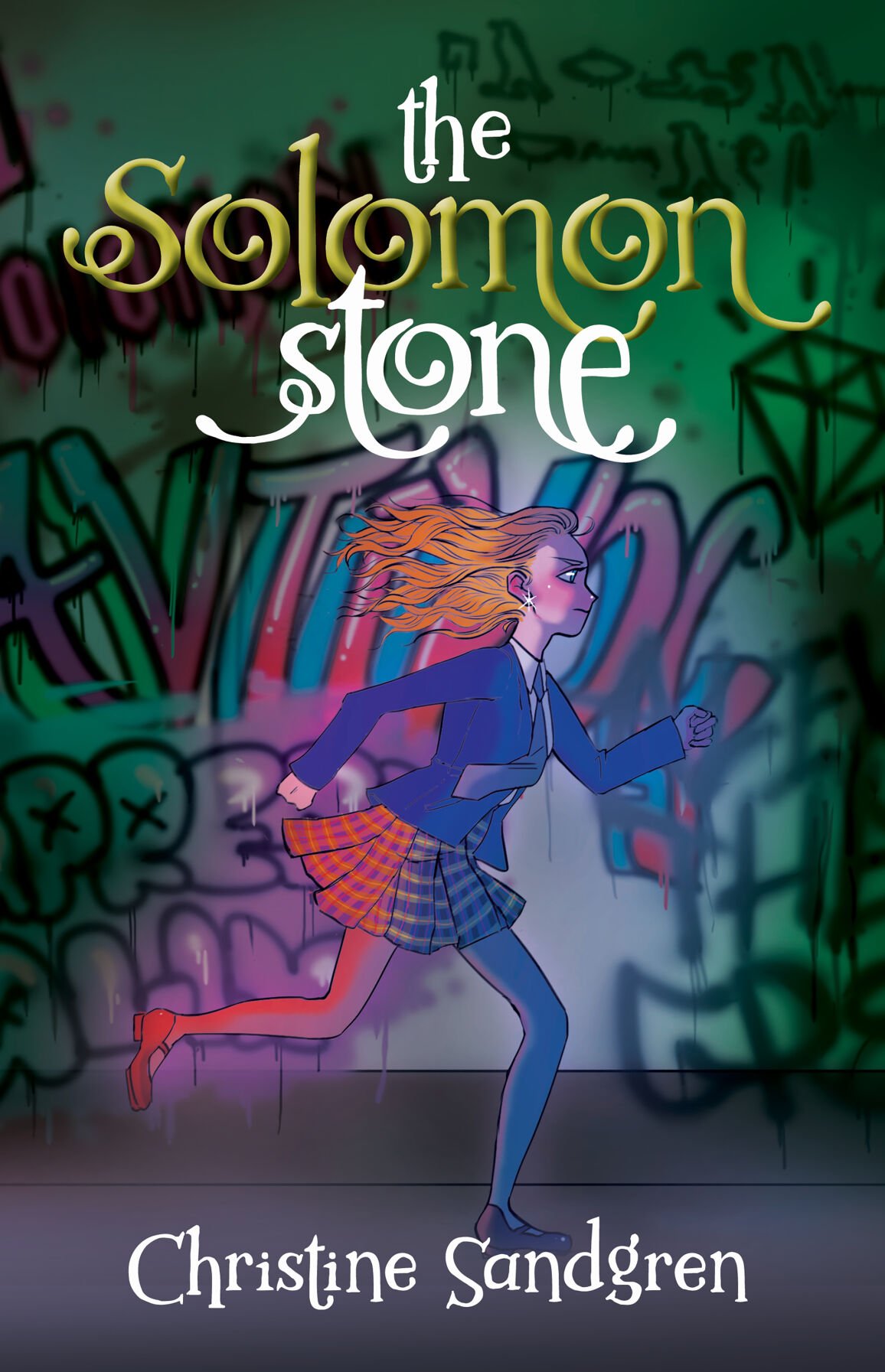 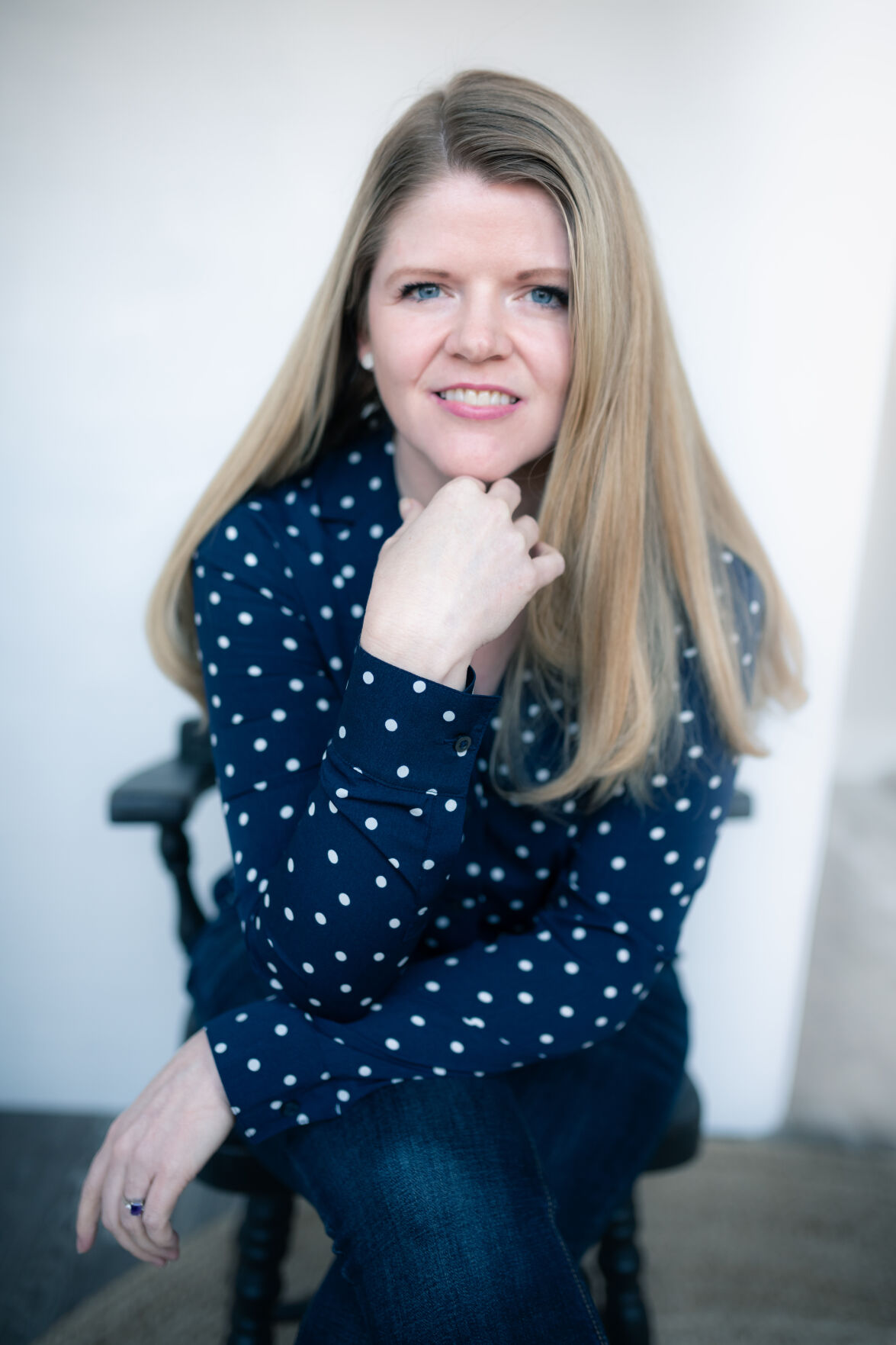 Christine Sandgren rewrote her novel “The Solomon Stone” three times in the past six years, a process which she called a painful but worthwhile experience.

The middle grade novel, released Nov. 17 by Fawkes Press, focuses on a character named Ruby, who was abandoned on an island with no memory of her parents. It’s an adventure about fitting in and finding one’s self.

Coming from a family of seven children, trying to figure out one’s place in the family “really resonated with me,” she said.

Sandgren, who lives in Portland, grew up in Wenatchee. Her writing was influenced by teachers in the Wenatchee School District, such as her first grade teacher Nancy George, who introduced her to Rudyard Kipling. George has since retired but her teachings have continued to inspire Sandgren.

Sandgren plans to write two more novels, turning her series into a trilogy.

The Wenatchee World caught up with Sandgren to chat about her new novel, what it took to make and share what readers can expect to see.

Wenatchee World: Being your first novel, was the book challenging to write?

Christine Sandgren: I think it’s not hard to dive into because you don’t know how deep the water is. If I’d known when I started how long it would take and how hard it would be, I’m not sure I would have taken it on, but looking back I’m glad I did. I learned a lot but it was painful.

WW: What parts of your life are reflected in this book?

Sandgren: The idea came about six and a half years ago. I was visiting my mother and my brother’s daughter was there, who I didn’t know very well. It was amazing to me because she looked and acted so much like her dad but she doesn’t know him. She was only 5 or 6 when he died. She doesn’t know much about where he came from or his family. It just started me thinking, what would it be like to not know the context of where you came from? She had all of these mannerisms that he had, she liked a lot of the same food that he liked, [and] she liked the same shows. She was so similar to him but she didn’t know it.

WW: What inspired you to write this novel?

Sandgren: My middle daughter has dyslexia and she’s a lot like the main character. She’s very over-confident, very willing to take risks and she was always getting into trouble. I started telling her stories because it was kind of the only way to get her to sit still. A lot of times when I was trying to write I would find myself asking “well, what would my daughter do if she were in this situation?” Ever since she was diagnosed with dyslexia, she’s always thought of it as something that made her better and special. She doesn’t see it as a deficit, she sees it as something that makes her even more of a force to be reckoned with.

WW: Could you explain some of the super powers characters have in the novel?

Sandgren: There’s this group of elite people that have these secret super powers. Most of them are sapient, which means they can see the past. They have almost perfect recall of any information. They’re like computers. Their memories are perfect and it gives them this huge advantage. There's people who can supposedly see the future, try to predict things. And then there’s a third power of people who see the present, almost like spatial relations. Ruby sees all of these lines that connect objects in space. She’s really good at sports, can always tell where the ball is going to be and how to get there. She’s just really good at figuring out how things work. And she wants to use this ability to find her parents.

WW: What do you hope readers can take away from this book after reading it?

Sandgren: [Ruby] finds a pocket knife with her family motto engraved on the knife and it’s a quote from “The Jungle Book” by Rudyard Kipling. It says, “the strength of the wolf is the pack.” She’s really drawn to that. She spends the rest of the book trying to form this pack. She’s always competing to be the head of the family even though she’s the youngest, she gets into fights with her uncle. And then at the end, she realizes that she’s only got half of the quote that the other part is “the strength of the pack is the wolf.” That’s probably the overriding theme, trying to make a family and [learn] how a family works.

WW: Who or what has influenced your writing?

Sandgren: My first introduction to Rudyard Kipling was in first grade at Columbia Elementary School in Wenatchee. My teacher, Mrs. George, read us the story of “Rikki-Tikki-Tavi.” I was just kind of thinking of all the wonderful teachers I’ve had in the Wenatchee School District that helped me learn to love literature and learned to love writing. Even at a very young age, I felt like they were fostering creativity in writing. It’s been a long time since I was in elementary school or high school, but I still carry a lot of those lessons forward. Nancy George, she read these wonderful, wonderful books to us. Some of my favorite books today are books that she read in first grade.

Where to find The Solomon Stone

Christine Sandgren's "The Solomon Stone" can be ordered online or bought as an ebook at various online retailers including Amazon and Barnes & Noble.