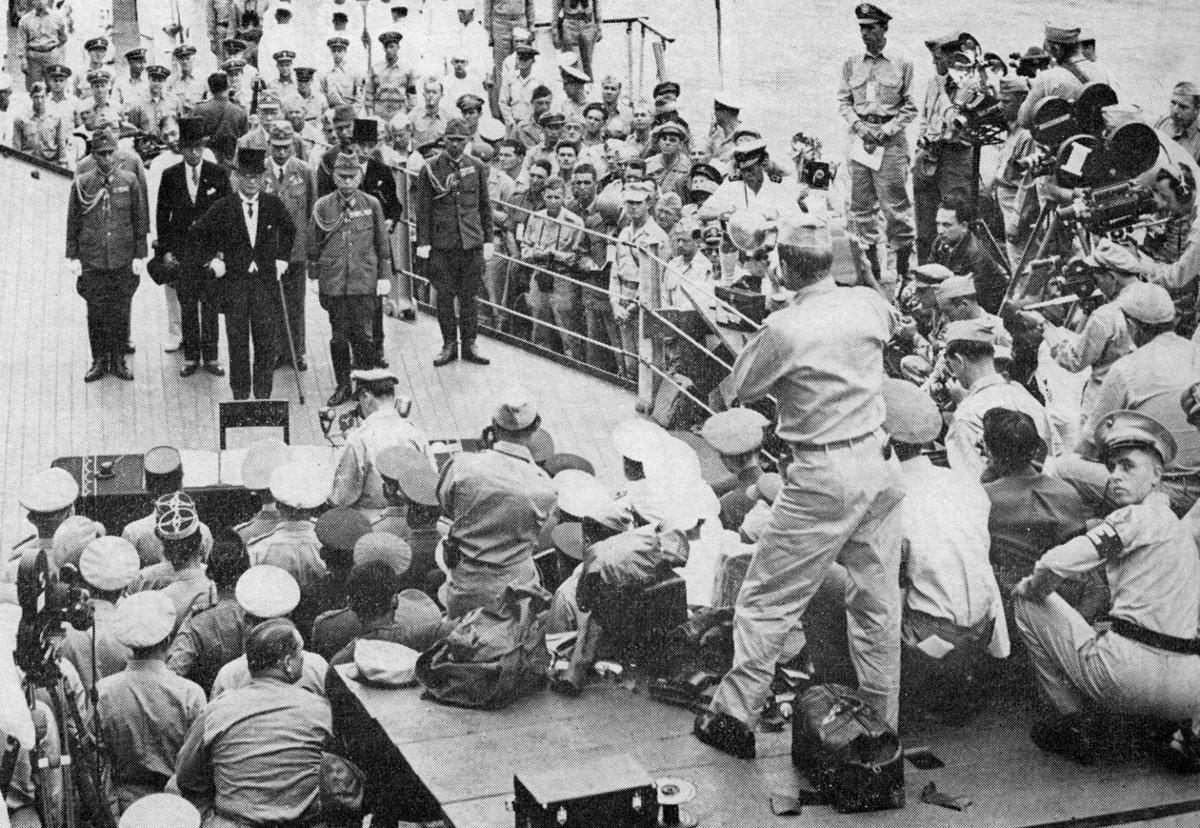 The official Japanese surrender that ended World War II took place aboard the USS Missouri on Sept. 2, 1945. Aboard the Missouri that day was Ed Asimakoupoulos, who can be seen looking back at the camera in the lower right-hand corner. 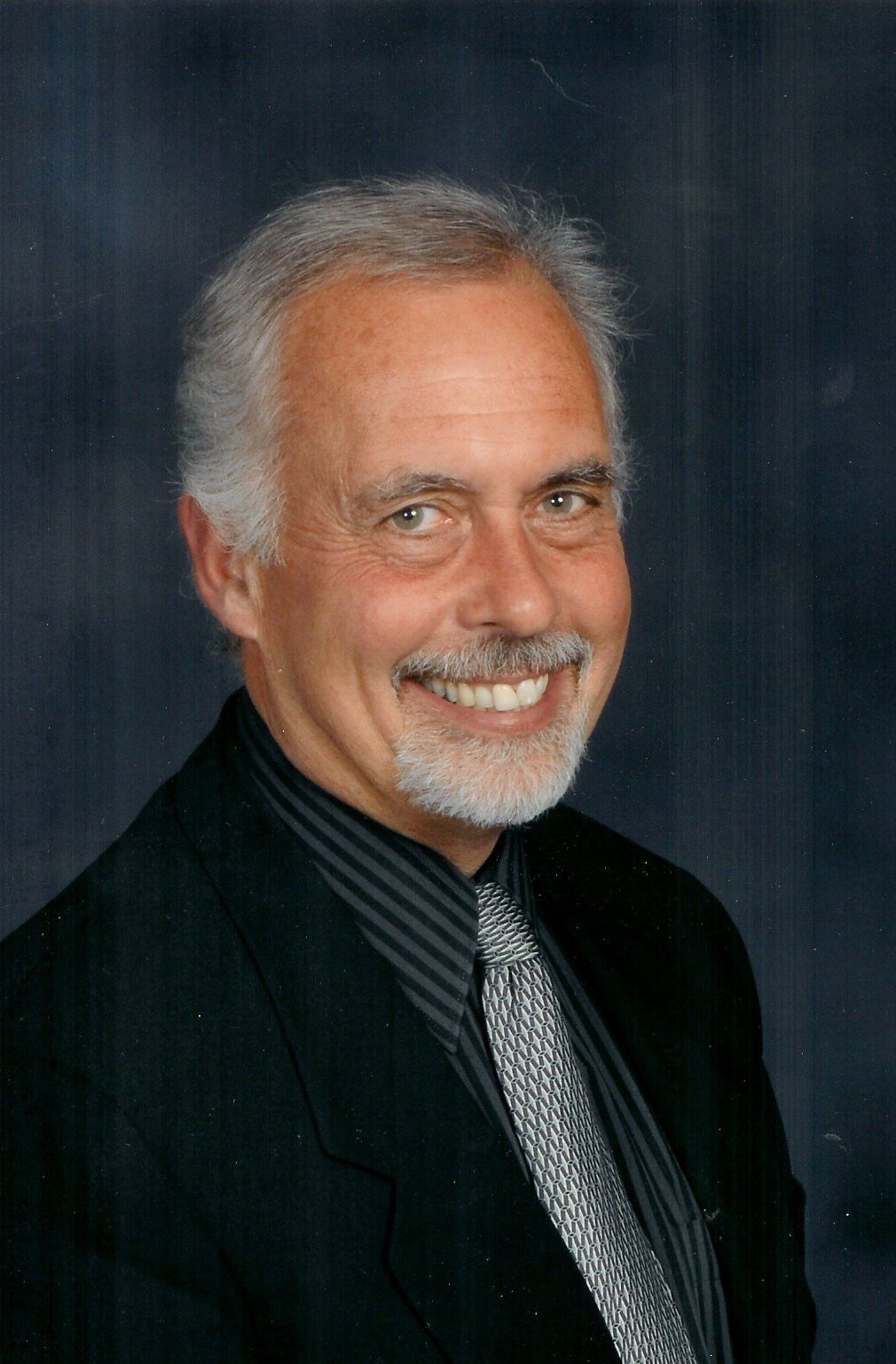 Seventy-five years ago a worldwide audience fixed its gaze on Tokyo Bay. They’d been promised the performance of a lifetime. The deck of this magnificent ship became a floating stage on which the delicate dance of peace was performed. It would prove to be a dance of destiny choreographed by a five-star general.

Douglas MacArthur’s Parker pen became the baton with which he conducted an overture that preceded the opening curtain of an unforgettable scene. It is a scene we recall with grief and gratitude alike this week. The price tag of the performance was the currency of human life. But the curtain call continues after all these years in the land of the free and the home of the brave.

A 19-year-old Marine corporal from Arrow, Idaho, stood 20 feet behind MacArthur on Sept. 2, 1945. From his unique perspective, he was an eyewitness to history. But he was not alone. Hundreds of others stood near him in uniformed allegiance. Proudly perched, these sailors and Marines recognized the significance of the drama playing out before them. Autographs on parchment attested to the negotiated peace. These signatures secured a surrender reluctantly offered.

From what I’ve been told, it was a somber ceremony that efficiently achieved the desired outcome with dignity. It was a moment in time that we remember 75 years later while the ghosts of the past look on and salute.

The reason I know so much about that historic occasion is because my late father was that 19-year old corporal. Several famous photographs from the surrender ceremony include my dad. In most of the pictures, he is standing soldier straight with his hands clasped behind his back. But my favorite photo finds my father crouched on his haunches looking back toward a camera that captured his countenance.

My dad didn’t even know that photograph existed until 20 years after the fact. One afternoon he was seated in a barbershop waiting his turn. While browsing an American Legion magazine that chronicled the 20th anniversary of the surrender, he turned a page and saw himself. He could hardly contain himself.

While showing the magazine photo to family members, my dad explained why he was looking back while everyone else was facing forward. A Russian photographer on the ship was jockeying for position on a makeshift ladder. Losing his balance, he dropped his camera. The crash caused my dad to turn to see where the noise was coming from. At that very moment, another member of the press corps was snapping a photo of the surrender ceremony.

Amid the “noise” of nonstop headlines crashing in on us during this unprecedented season in our nation, this is a time to look back and reflect. We would do well to recall what peace looks like. At the same time, we would benefit from being reminded how costly war really is. Looking back at all the signatures on that peace treaty would be a positive reminder of the strength that is found in working together. We need to be reminded that positive change is possible when allied forces form an alliance against totalitarian terrorism, climate change or a global pandemic.

So much in our world has changed since that September day in Tokyo Bay. But much remains the same. Racism and injustice refuse to surrender. Faith and science continue to pick fights with each other. The threat of nuclear war still successfully fuels a fragile peace. And a commitment to the core values of our democracy remains visible. Liberty’s heart continues to beat strong as seen in the tireless demonstrations and protests that freely voice differing opinions.

Yes, this is a time to look back that we might look forward with a focus on a common vision of liberty and justice for all.

Greg Asimakoupoulos is a Wenatchee native living on Mercer Island, where he is the Faith/Values columnist for the Mercer Island Reporter.

Ex-etiquette: Give thanks for this invitation

The White House or our house?

Gustavo Arellano: How do you show up en masse to celebrate Grandma's birthday without killing her with COVID-19?

Dad Daze: Looking back at the magic of lullabies