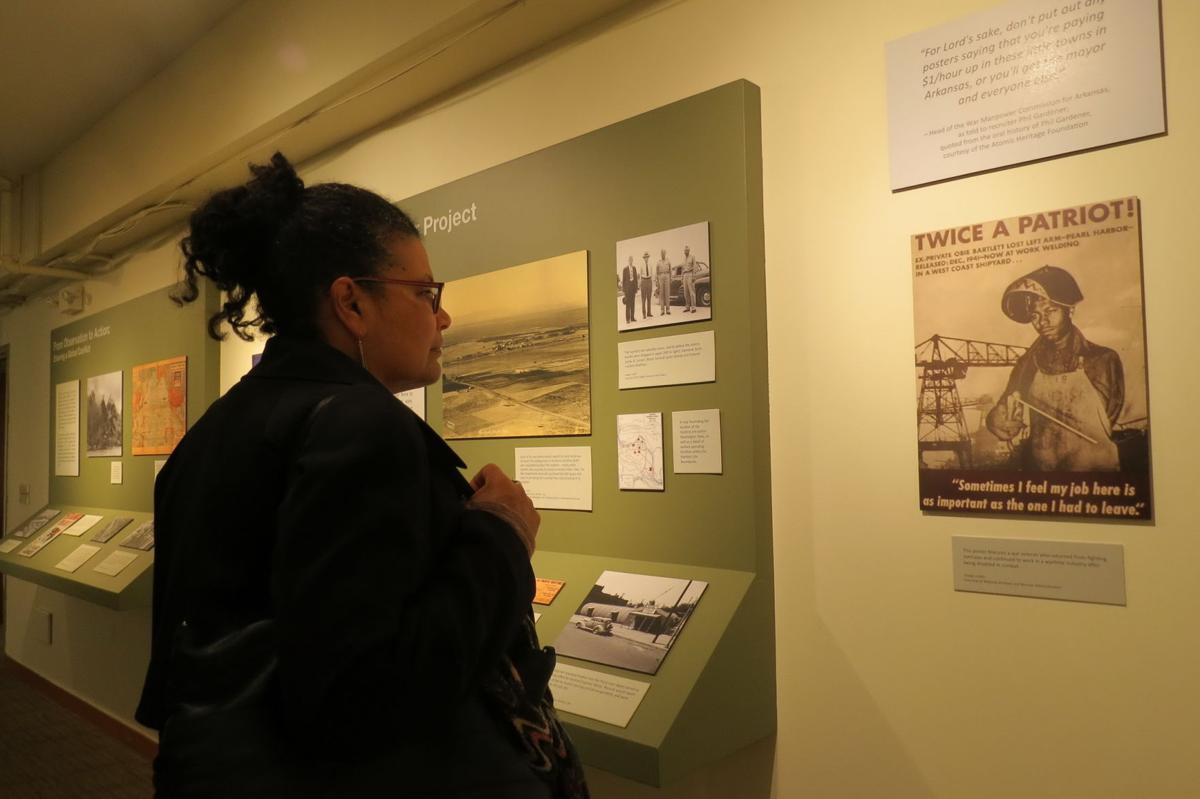 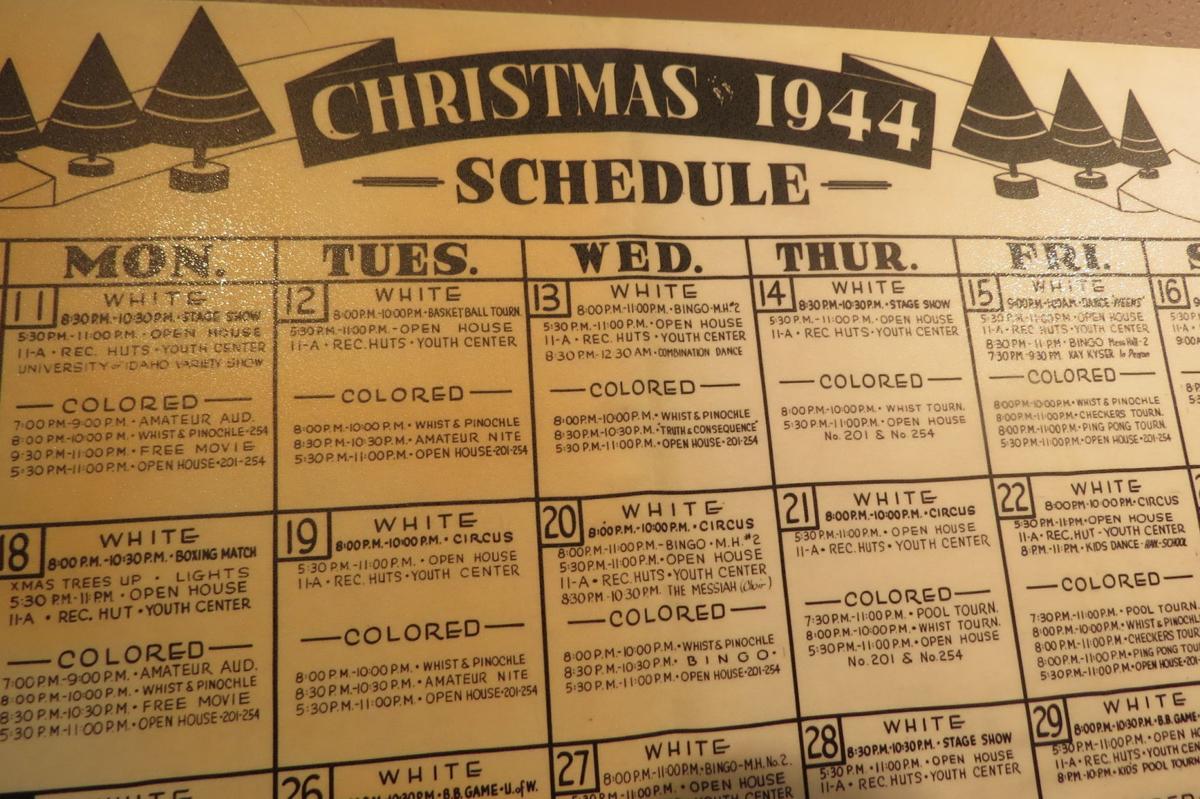 A calendar of entertainment for Hanford workers and their families in 1944 shows separate and unequal activities. 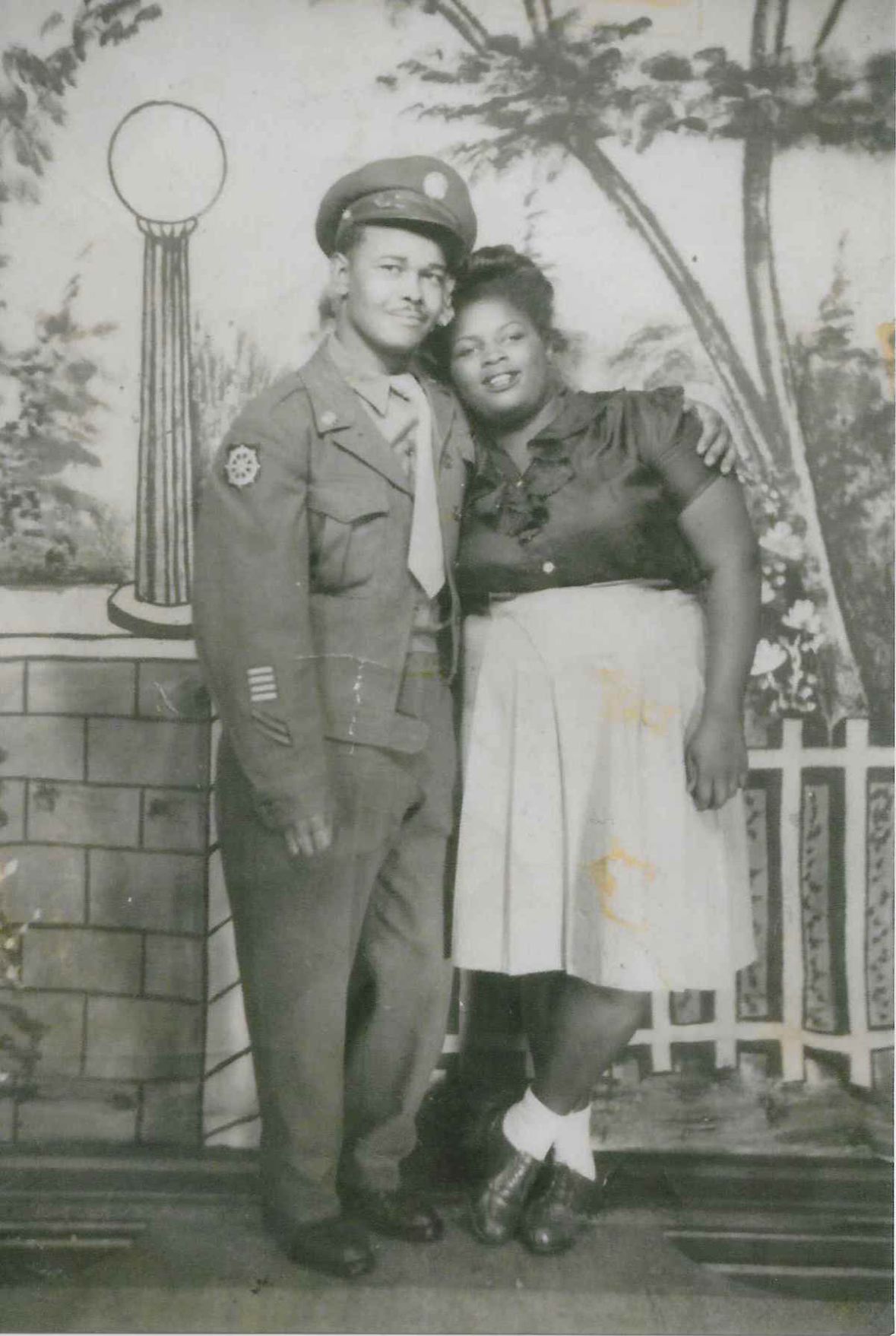 Lula Mae Little, shown with an unidentified friend, often called Hanford the “Mississippi of the North.”

A calendar of entertainment for Hanford workers and their families in 1944 shows separate and unequal activities.

Lula Mae Little, shown with an unidentified friend, often called Hanford the “Mississippi of the North.”

Lula Mae Little left her close-knit community of black friends and family in East St. Louis during World War II, one of tens of thousands of people who came to work on a secret military project in the Eastern Washington desert.

Like so many recruited to Hanford during the Manhattan Project, she was seeking opportunity.

Recruiters were advertising free room and board, high wages and overtime pay.

Little took a job as a mess hall waitress. But she only stayed a few months.

Discrimination and racism were so bad that she often referred to Hanford as the “Mississippi of the North.”

Her story is told in The Atomic Frontier: Black Life at Hanford, an exhibit at the Northwest African American Museum in Seattle that coincides with the creation of the new Manhattan Project National Historical Park.

“Black women in particular got the short end of the stick,” said Jackie Peterson, the guest curator of the exhibit. The exhibit was mounted with the help of the African American Community Cultural and Educational Society in the Tri-Cities.

Retaining employees was difficult at Hanford. But added to the difficulties that all workers faced — isolation, boredom, brown-out dust storms and a project so secret they were not told what they were working on — black workers faced segregation and discrimination both on and off the job.

Before the war there were 27 blacks living in the Tri-Cities. DuPont, the Hanford contractor for the Manhattan Project, reported that 4,200 to 6,000 blacks worked at Hanford in its earliest years, although that estimate may be low because of the high turnover on the project.

Fearing that Germany was building an atomic bomb, the United States raced to produce its own atomic weapon. Hanford, one of several Manhattan Project sites, had the world’s first full-scale nuclear reactor and produced the plutonium used for the world’s first atomic explosion and the atomic bomb dropped on Nagasaki, Japan, helping end WWII.

Recruiting was done across the nation, but most of Hanford’s black workers were recruited from the south. They came from Mississippi, Alabama, Georgia, South Carolina,Texas and Arkansas.

Even those who were used to discrimination, like Rosa Lee Byrd, were dismayed at the conditions they found in Hanford.

“Rosa Lee was hopeful that Hanford would offer a much different environment than what she left behind,” according to the exhibit. “Yet in just a few months after her arrival, she had experienced the same kinds of deep racism and discrimination she had grown up with.”

Before a year was up, like her friend Little, she left Hanford. Eventually she moved to Seattle and went to work as a welder.

At Hanford, blacks were mostly assigned to general labor jobs, despite their training and experience. They made up the majority of general unskilled labor, including carpentry, concrete pouring and finishing, trash collection and truck driving, according to the exhibit. They also did domestic work — cooking, cleaning, serving — particularly as the initial building was completed and less construction labor was needed.

“What a waste of resources,” said Mwendo Campbell of Seattle, during a recent visit to the museum. Workers who could weld or had other construction expertise “pushed a mop around,” she said.

It’s puzzling that such an important project during a critical time in the nation’s history would put so much effort into discrimination, she said.

Perhaps it was because not only did black workers come from the South, but many white workers did, too. They arrived with the expectation that the segregated lifestyle they experienced in the South would continue.

But in one way life for black workers at Hanford was better than in the South.

A 1941 federal mandate barred federal contractors from paying lower wages based on race.

“I knew something about concrete work, and I became a cement finisher,” the exhibit quotes Luzell Johnson as saying. “I made $1.75 an hour, six days a week, eight hours.”

New barracks and recreation facilities were built at Hanford for a workforce that grew to as many as 50,000 employees.

Husbands and wives lived in separate dorms. If they wanted to move out, their choices were few. Hanford boasted that it housed its workers in the largest trailer park in the world during WWII. But the trailer lots for black workers were segregated and in less desirable areas of the park.

Kennewick had no black residents even into the 1960s, according to news reports. In Pasco, blacks could live in the rundown eastern section of the city. There they began to open food shacks, bars and barber shops.

Elsewhere in Pasco, “many retail stores and restaurants refused to serve black customers,” according to the exhibit.

Entertainment opportunities at Hanford were not only separate, but unequal.

In 1944, desperate to retain its homesick workforce, DuPont planned a month-long schedule of Christmas and New Year’s entertainment. Each day featured entertainment for “white” and “colored.”

On Dec. 28, a stage show was planned for whites and a card tournament for blacks. On New Year’s Eve, a dance featuring “King” was the highlight for whites. Blacks were offered Bingo, a ping pong tournament and a general party.

Year-round games or sports, mingling in the segregated tavern and attending on-site church services provided not only a necessary social outlet but also a way to share information, from news of back home to where to eat outside of Hanford, according to the exhibit.

Hanford would continue to produce plutonium through much of the Cold War, but black workers would not retain their jobs once WWII ended.

In 1943, Hanford commanding officer Col. Franklin Matthias wrote in his diary about a discussion with Washington Gov. Arthur Langley: “He hopes arrangements can be made to return most of the construction workmen back to their original centers of activities, particularly the Negroes.”

Although qualified blacks had applied for permanent Hanford work, none were employed, a 1949 American Civil Liberties Union report said.

Many of the blacks who had not already left Hanford for better opportunities, returned to their home states. Others found jobs with fair pay in larger Northwest cities.

But some would remain in the Tri-Cities, to make a permanent home for themselves and future generations.

“Wherever black workers landed after leaving Hanford, many would credit their long-term prosperity to their days of working on the atomic frontier,” the exhibit said.