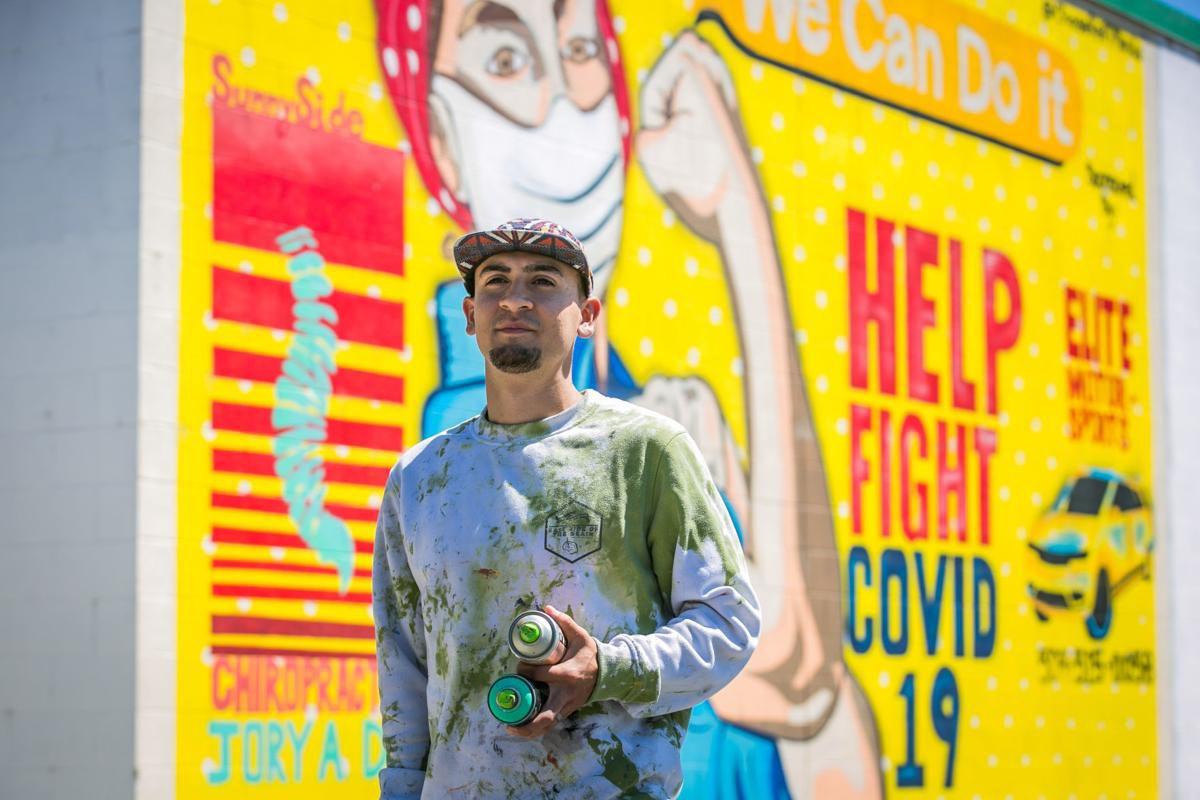 Artist Chase Reiff poses for a portrait in front of his mural, "Rosie the Riveter, COVID-19," in Sunnyside last week. 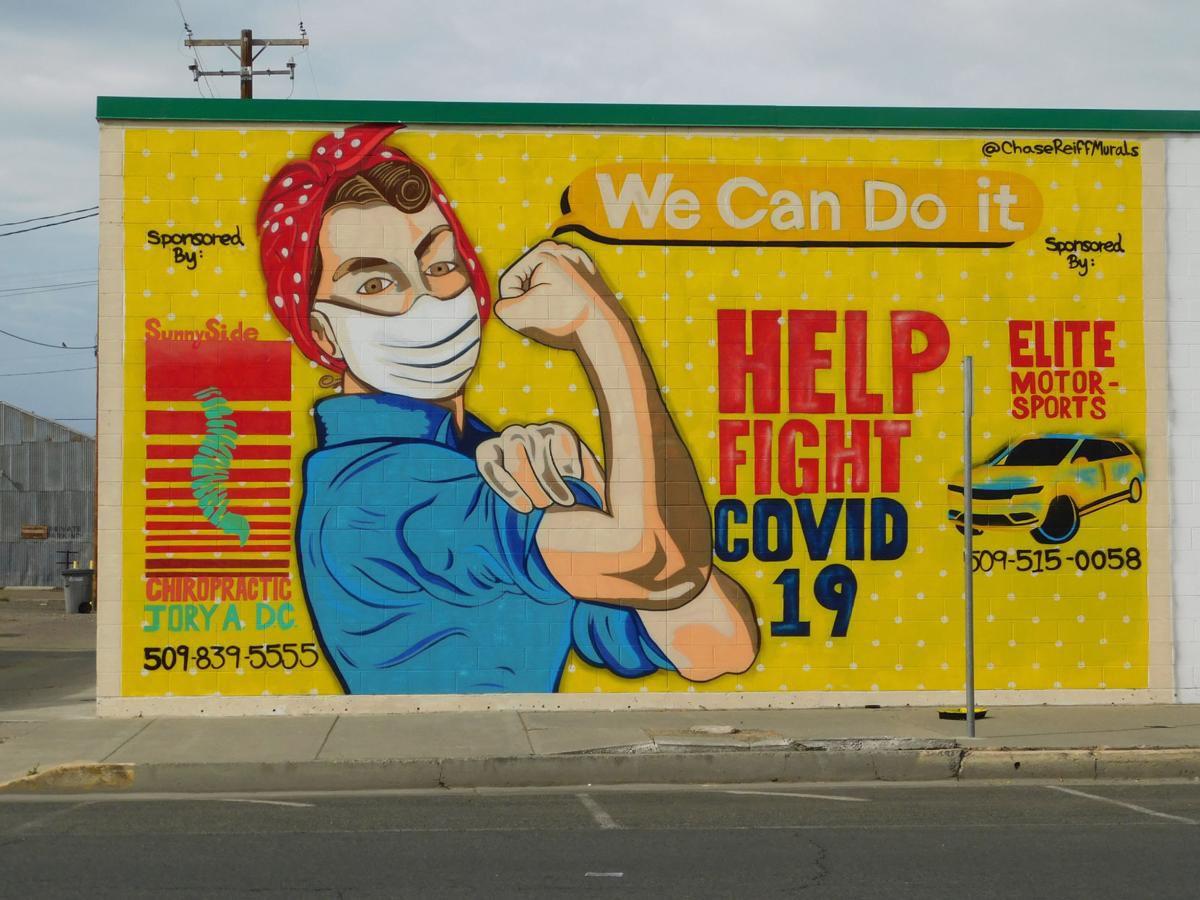 Artist Chase Reiff poses for a portrait in front of his mural, "Rosie the Riveter, COVID-19," in Sunnyside last week.

GRANDVIEW — Chase Reiff was born and raised in Sunnyside, but spent several of his teenage years in Yakima.

Here, he discovered and developed his passion for street art and started learning various painting techniques. That passion continued when he moved back to Sunnyside.

As he saw the number of COVID-19 cases rising in Yakima County, Reiff knew he could put his passion for street art to good use. He started sketching for a series of what he called “propaganda murals” about COVID-19.

While most people have negative associations with propaganda, Reiff sees it differently.

“Propaganda is beneficial to promote and influence positive ideas to the public,” he said. “I definitely use that world openly.”

Reiff also saw an opportunity to promote businesses, including those that were negatively impacted by the virus. Reiff went out and got several businesses to sponsor his murals. That sponsorship included providing space and materials. In return, he made space to mention the businesses.

“It was literally (about) communication and promotion of each other,” he said.

To achieve this goal, Reiff used large graphic elements as well as bright colors. With Sunnyside having a supermajority of Latino residents, he wanted to make sure the message was clear even if they didn’t necessarily understand the words.

“It can be interpreted in any language,” he said.

When he looks at his murals as a whole, he realizes he’s not only providing public health messages to the community but also chronicling a critical time in history.

“If you look at them as a whole, it’s actually a story being told,” he said. “It has to do with where I’m at. We’re all living. We’re all in it together.”