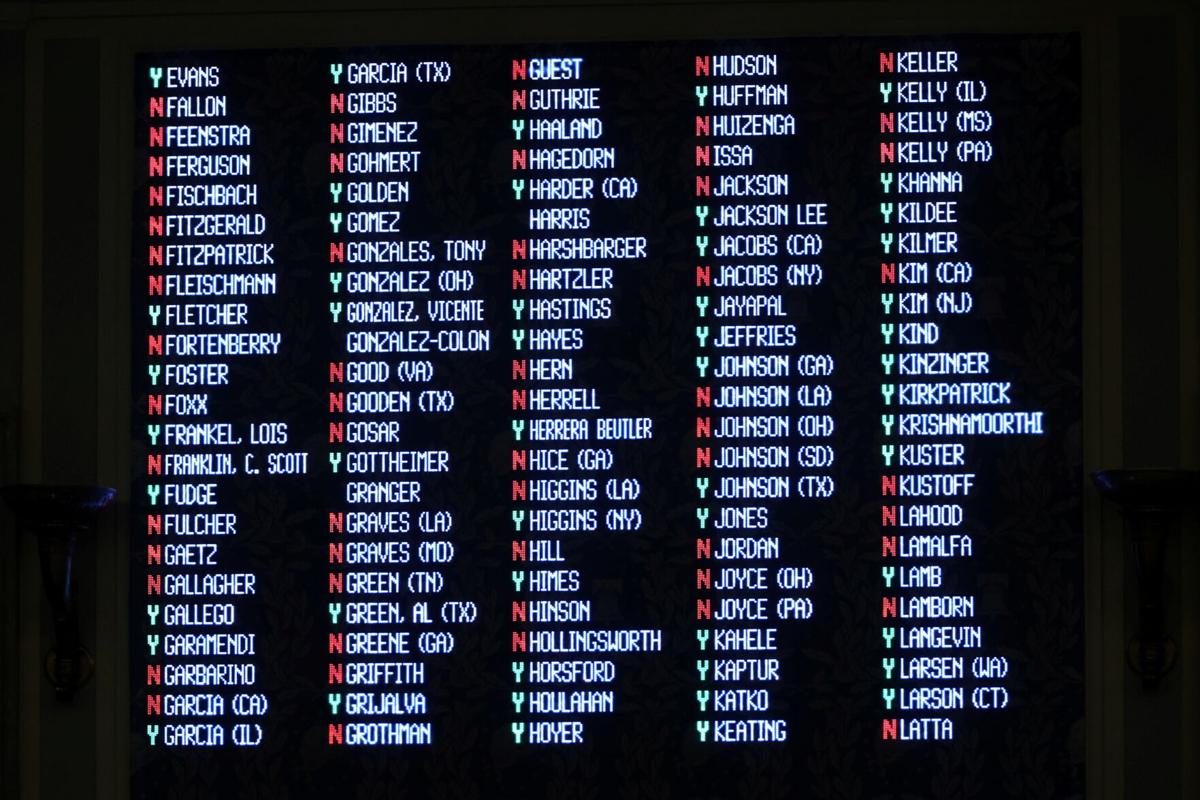 An electronic readout shows votes for a number of members of the U.S. Congress, including "yes" votes by Republican representatives Gonzalez of Ohio, Herrera Beutler, Katko, and Kinzinger, during the vote on the second impeachment of President Donald Trump on Jan. 13. U.S. Rep. Dan Newhouse, R-4th District, also voted to impeach Trump. 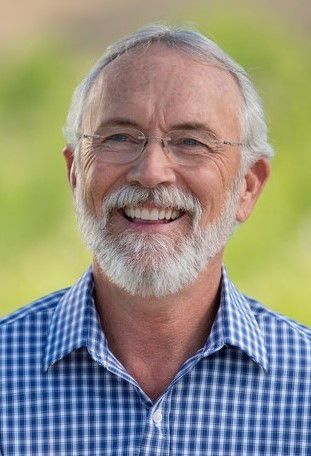 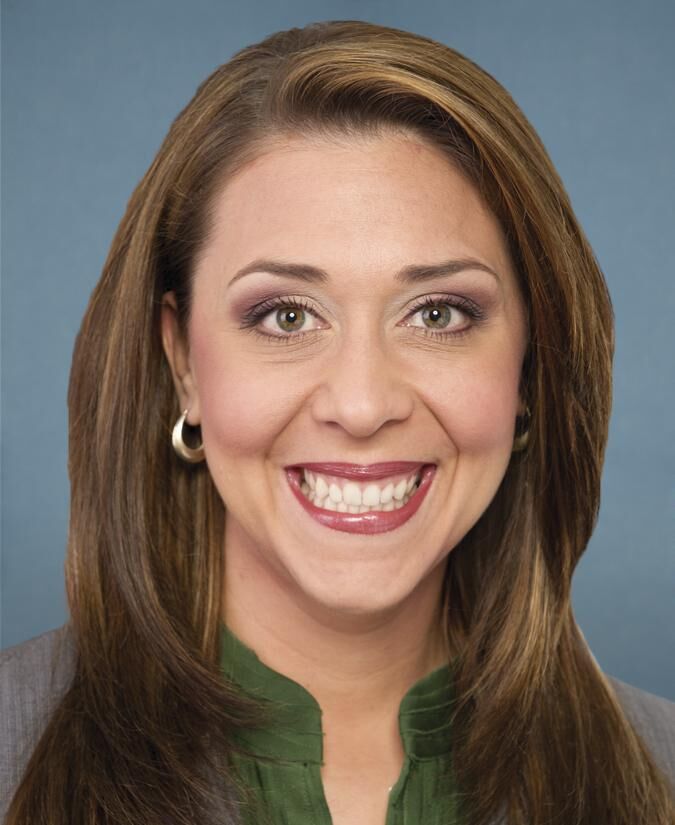 But they're facing a furious blowback from many Republican voters back home in Washington state.

The raw feud reflects a national rupture within the Republican Party between those demanding continued loyalty to twice-impeached Trump and others who'd rather see him fade into the rearview mirror.

Joel Mattila, chair of the Clark County Republican Party, said when he learned about Herrera Beutler's impeachment vote, he assumed she must be planning to retire rather than seek another term.

"She's retiring all right — willingly or unwillingly," Mattila said. "I can guarantee you she is going to have a primary opponent." He said his phone has been "melting down" with calls coming in 25-to-1 against Herrera Beutler.

Randy Pepple, a longtime Republican political strategist, said he has no doubt the congressmembers will face potential challenges from their right flanks. But he predicts anger over impeachment will dissipate.

"In 18 months when we would be getting ready to vote in such a primary, I think that President Trump will look far worse than he does today. And those that did not vote to remove him from office will have more to explain than those who did," Pepple said.

Herrera Beutler and Newhouse, who declined interview requests, have forcefully defended their votes. Both point to Trump's role in inciting the deadly Jan. 6 attack on the U.S. Capitol and his refusal to calm the situation as a mob swarmed the building and chanted about hanging Vice President Mike Pence.

Herrera Beutler responded to criticism of her vote in a lengthy Twitter thread, pointing to "indisputable and publicly available facts." She noted Trump had organized the Jan. 6 rally and inflamed supporters for months with false claims that the election had been stolen and that Congress could overturn the result.

She called the "ruthless mob" and "would-be assassins" seeking to use force to stop the counting of electoral votes "the epitome of attacking the Constitution."

"The president either wanted the mob he helped mobilize to take these steps, or he didn't care enough about his job responsibilities to try to stop them. Either way, it's impeachable," Herrera Beutler said.

Newhouse, in a recent interview with several Central Washington radio and TV outlets, said he struggled mightily with the decision, but had no regrets despite being labeled a traitor by some fellow Republicans.

"As much as it pains me to do what I did, I just think at some point we in this country have to stand up for what's right," Newhouse said, accusing Trump of violating his oath of office. "We had a domestic enemy at the door and he did not respond as he should."

But such explanations have not appeased many Republicans. The state GOP's central committee condemned the Trump impeachment in a recent 111-to-2 vote, with a resolution expressing "particular disappointment" in Herrera Beutler and Newhouse.

Caleb Heimlich, chairman of the state GOP, said the resolution by itself does not foreclose future support for the congressmembers, but said "obviously there's a lot of frustration within the party about the vote."

Heimlich said the future of Newhouse and Herrera Beutler will be decided by "people at the local level" as the state party typically does not intervene in primary battles among Republican candidates.

Some Republican donors have already signaled they won't back Newhouse or Herrera Beutler again.

"We Republicans are people of principle and loyalty and would never accept those who betray their own kind," said Hossein Khorram, a Bellevue apartment developer who served as fundraising co-chair for the Trump's 2020 campaign in Washington.

Trump himself is reportedly fixated on exacting revenge against Republicans who voted for impeachment and could spend some of the $200 million he raised since the election to back primary challengers.

But financial aid could come from other quarters. A national anti-Trump Republican group has vowed to raise $50 million to defend House Republicans who voted for impeachment, as well as challenge those who tried to overturn President Joe Biden's electoral victory, according to Politico.

The impeachment reaction has been particularly fierce in Newhouse's 4th District, the swath of mostly rural Central Washington including the Tri-Cities and Yakima, which he has represented since 2015.

Trump won the district with nearly 58% of the vote in the November election — his highest support in any Washington congressional district. Newhouse was reelected with 66% of the vote.

Newhouse, 65, has a long pedigree in Republican politics. His father, Irv Newhouse, served more than three decades in the state Legislature, and a state Senate office building in Olympia is named after him.

Like his father, Newhouse is a hop farmer turned politician. He served as a state representative from 2003 until 2009, when he was hired by Democratic Gov. Christine Gregoire to head the state Department of Agriculture. He was elected to Congress in 2014.

Newhouse has voted for Trump's agenda 90% of the time, according to a tracker maintained by the politics website FiveThirtyEight. But for many of the former president's supporters, his Jan. 13 vote to impeach Trump overshadowed any past loyalty.

"I don't think Dan was really in touch with his Republicans like he thought he was. That can happen when you're away from the district," said Massey. "We're looking for other candidates."

One possible challenger is Franklin County Commissioner Clint Didier, who lost to Newhouse in heated 2014 and 2016 congressional races. The former NFL tight end and farmer, who also chairs the Franklin County GOP, did not reveal his plans last week during a brief phone interview.

But Didier said he had one word to describe Newhouse's impeachment vote: "Betrayal." He pledged consequences for Newhouse. "We are upset, believe me ... We are in a fight for the heart and soul of our country now," he said.

Still, some Republicans have defended Newhouse.

"At first I was really disappointed," said Dennis Walters, of Richland, a former Benton County Republican chairman, who said the impeachment vote seemed too hasty.

But Walters said he knows Newhouse to be "a man of high moral character" and won't abandon him based on one disagreement. "None of us were in the Capitol building with the folks that had run amok. You know, it doesn't matter whether the mob is left or right — the mob is out of control and they're wrong," he said.

Herrera Beutler, 42, a former senior aide to Rep. Cathy McMorris Rodgers, R-Spokane, was elected to Congress in 2010. She won November's election with 56% of the vote.

She has gone back and forth on Trump, declining to support him in 2016, and voted against his 2017 health-care overhaul, but announced she'd vote to reelect him last year. In Congress, she has voted for Trump-backed legislation about 80% of the time.

Like Newhouse and every other House Republican, she voted no on Trump's first impeachment in December 2019, calling allegations that the president improperly pressured Ukraine to dig up political dirt on Joe Biden "unproven."

Local Republican activists and organizations have united against her latest impeachment vote.

The Clark County Women's Republican Club called her vote "a personal affront to the 70 million plus Americans who voted for our President" and vowed to "recruit and elect a conservative candidate who will represent our values."

Mattila, the Clark County GOP chair, said judging from his phone calls "many people want her to resign — that's just from regular folks calling me."

But Dan Barnes, a Vancouver Republican and former member of the Clark County GOP executive board, defended Herrera Beutler.

"That's one of the most courageous things I have seen in politics in a long time," Barnes said. He said he agreed Trump's conduct even before the Capitol riot was impeachable.

"Right now I think she is a formidable opponent for any Democrat, any Republican, because she is going to draw in the middle," he said. "I think a lot of people respect her vote."

From the newsletter: Wenatchee on The Tonight Show (and across the internet)

In their words | Alma Chacón: 'People want to come together and do what's best.'