Share This
We have lifted the paywall on this story. To support essential reporting, please consider becoming a subscriber.

EAST WENATCHEE — COVID-19 has nothing on cancer, respiratory issues, heart issues and other ailments that school districts deal with every day, Eastmont School Board members told Gov. Jay Inslee in a June 1 letter.

“Plainly put, we know how to keep kids safe and provide the quality education that is a responsibility of the state of Washington. While the current remote learning option was the best we could provide on short notice, it is not providing the education our students deserve,” the letter states. 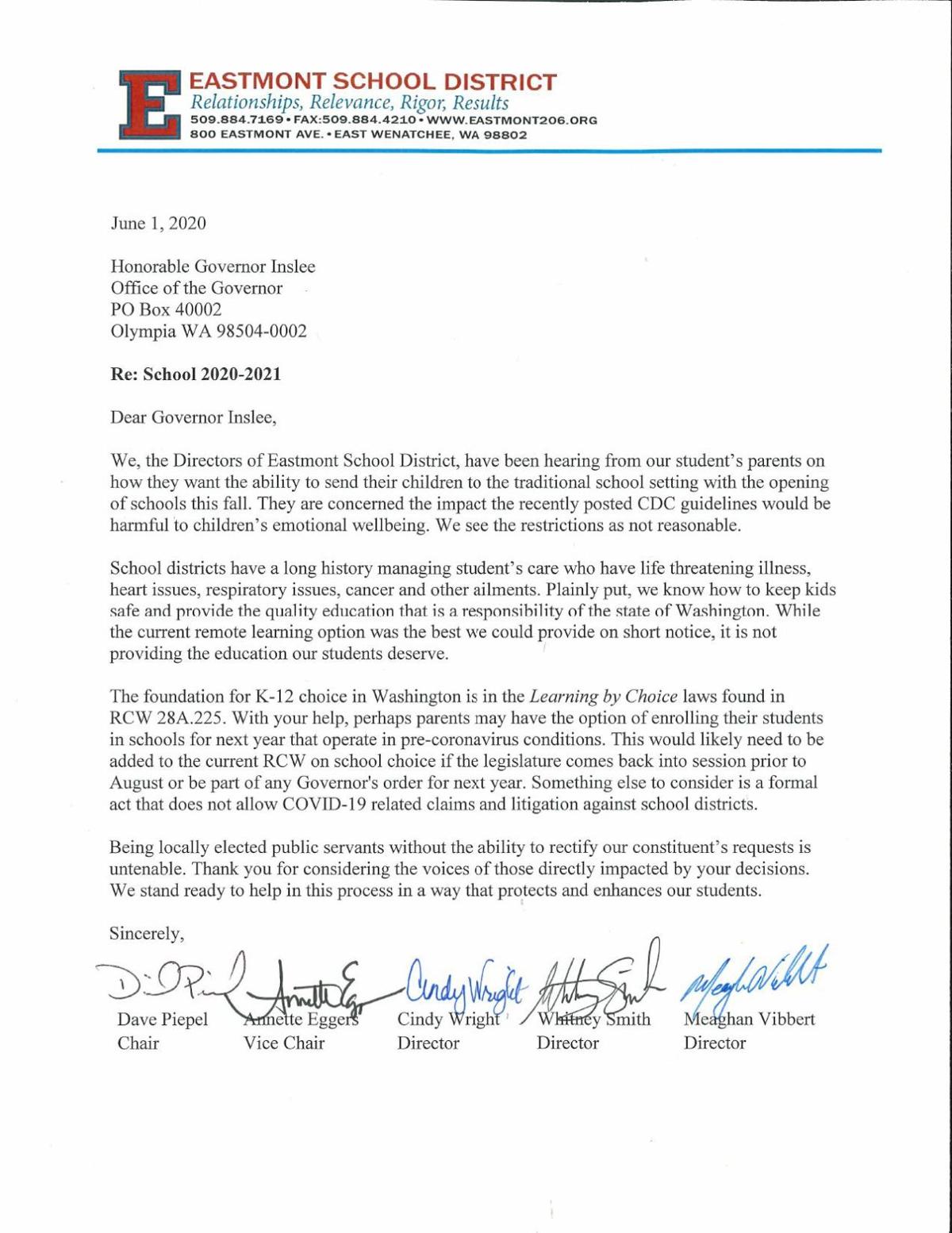 The five board members — Dave Piepel, Annette Eggers, Cindy Wright, Whitney Smith and Meaghan Vibbert — encouraged the governor to return decisions about what school will look like in the fall to local districts.

The letter was drafted by Vibbert and signed by the other four board members following a discussion last month about options for the coming school year being considered at the state level. The hope was to bring home the concerns they’re hearing from parents who are asking for the option of traditional school.

“They are concerned the impact the recently posted CDC guidelines would be harmful to children’s emotional well-being. We see the restrictions as not reasonable,” they said.

Instead, the board members wrote, they believe the state’s “Learning by Choice” laws, which allow students to attend schools and school districts of their choice, should come into play, with options for remote learning as well as traditional schools. 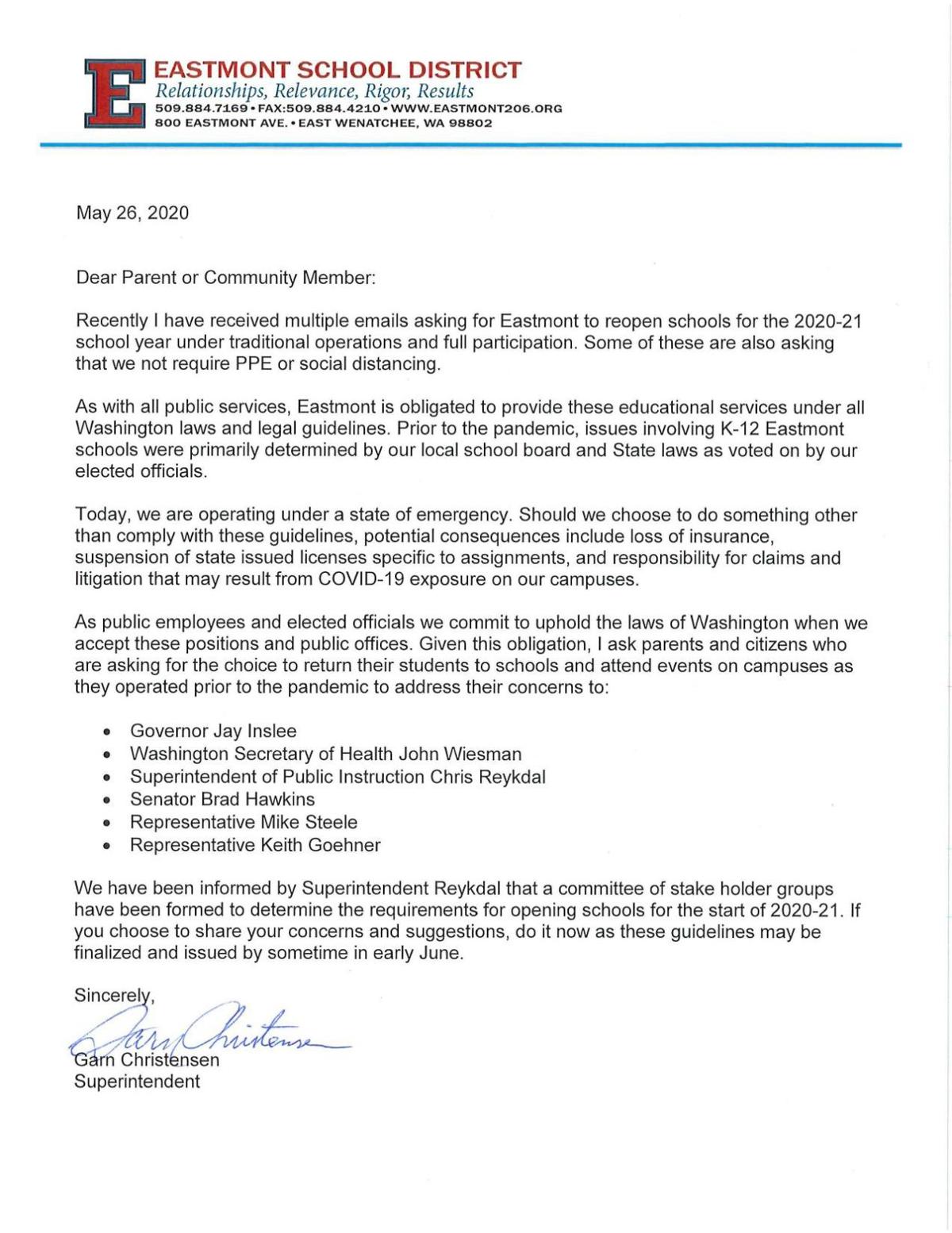 Doing that, though, they suggested, also would require addressing liability concerns — about COVID-19-related lawsuits and claims filed against school districts.

Superintendent Garn Christensen said Monday that the letter has been shared all over the state.

He said some guidelines from the state about the restart of school in the fall are expected to be issued before the end of June.

Once the guidelines are issued, he expects district staff will consider logistics and conduct a parent survey to help figure out next steps.