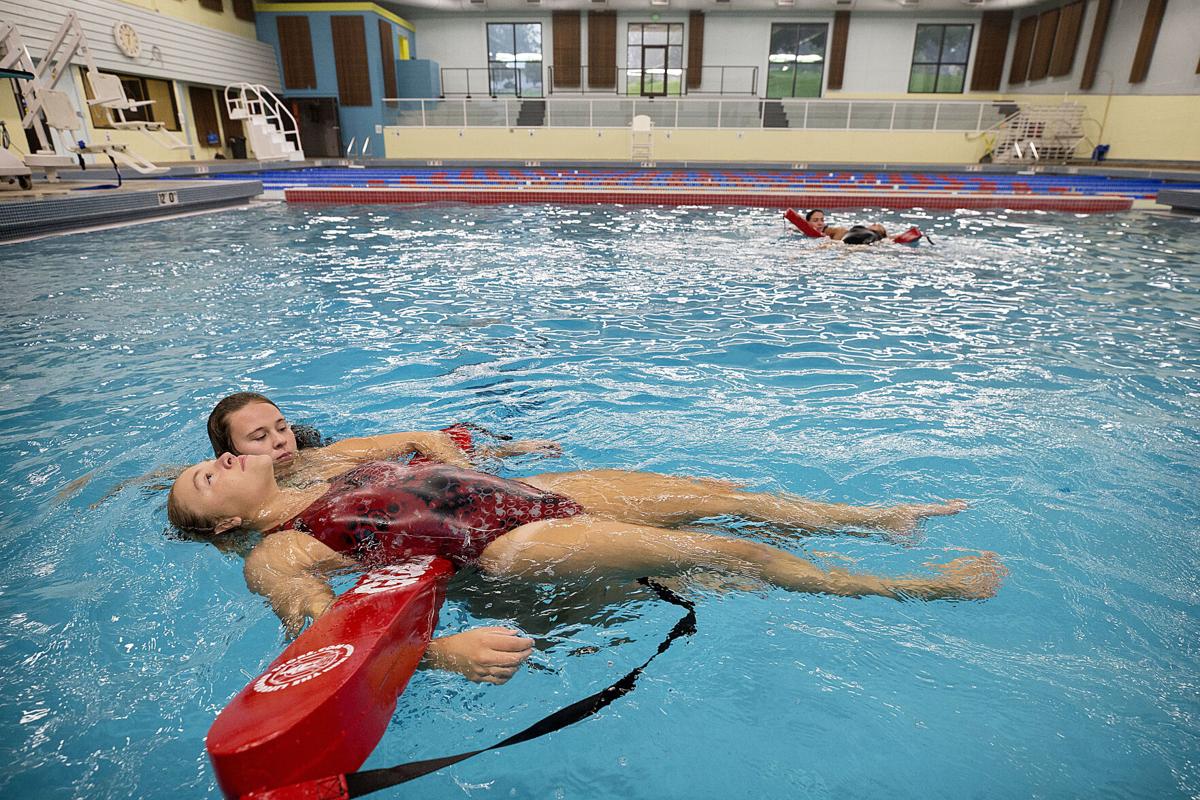 Lifeguards were recertified to allow the scheduled opening of the Eastmont Aquatic Center on Monday. On Sept. 14, Karlyn Kelly, East Wenatchee, practices a rescue of fellow lifeguard Grace Vandermerwe, Quincy. Lifeguards must be certified every two years. 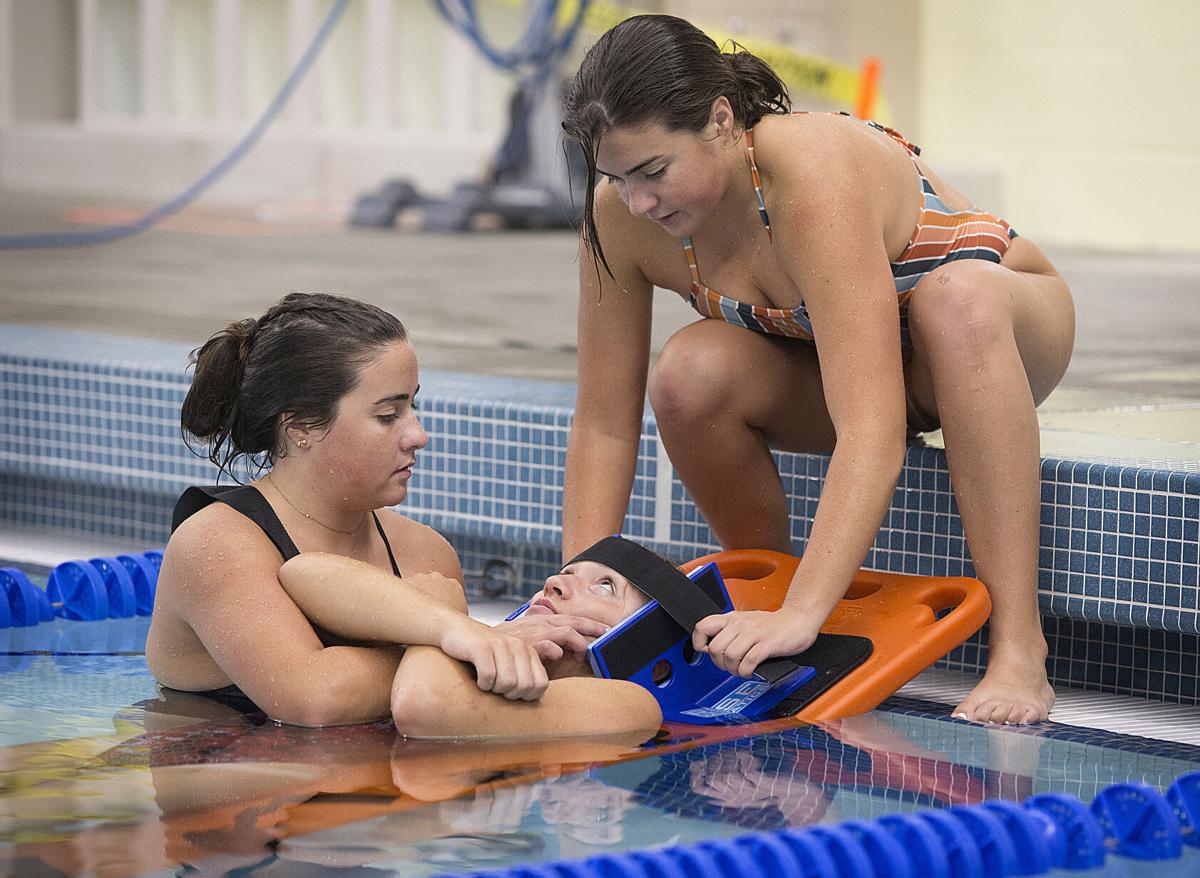 Lifeguards were recertified to allow the scheduled opening of the Eastmont Aquatic Center on Monday. On Sept. 14, Karlyn Kelly, East Wenatchee, practices a rescue of fellow lifeguard Grace Vandermerwe, Quincy. Lifeguards must be certified every two years.

The Eastmont Aquatic Center, 980 3rd St. N.E. in Eastmont Community Park, is opening Monday for lap swims and water walking only. Hourly reservations are required, and only one person is allowed per lane.

“Almost every spot is sold out right now for the first two weeks,” said Charlie Brown, recreation and marketing director for the parks district. “We’re only doing reservations for two weeks at a time. Next week you’ll be able to start reserving again for that first full week in October.”

The state Department of Health announced Aug. 26 that swimming pools would be allowed to reopen the next day in Chelan and Douglas counties. General-use swimming pools, like those run by athletic clubs or municipalities, can offer appointment-only lap swimming, one-on-one lessons and classes of five or less.

Brown said the Aquatic Center had been closed since April 2019 for construction and then because of the COVID-19 shutdowns.

Voters in 2016 approved a $4 million bond for upgrades to the Aquatic Center and Community Park.

Renovations were made to the center’s HVAC, electrical and mechanical systems, Brown said, and the pool was re-plastered and re-tiled. The facility was also brought into compliance with current Americans with Disabilities Act standards.

The parks district’s board voted June 15 to take over the Aquatic Center from the Wenatchee Valley YMCA, which had managed the center since 1999.

Brown said current rates and hours are only in place during the coronavirus restrictions. The parks district is charging users per hour to help make up for the drop in revenue caused by the limited capacity.

“Hopefully we can get through the COVID stuff sooner rather than later and we can open it up and start doing family swims and swim lessons and all the other fun things that come with the pool,” he said, adding, “We want to program it so there’s people always in the water. Right now it’s six people at a time, so it’s very limited.”

Showers and locker rooms are currently closed. Swimmers will be assigned space on the floor for their belongings, and those spaces will be cleaned between uses, Brown said.

Sally Brawley, executive director of the parks district, said she wasn’t sure of the original rates, which were set by the YMCA. Once COVID-19 restrictions are lifted, she said, the district hopes to implement monthly memberships, which she expects to range from $20 to $30.

Because the parks district is a public entity, Brawley said, it’s unable to waive or offer discounts on the current hourly rates.

Reservations can be made by calling 884-8015 or visiting the Eastmont Metropolitan Park District office, 255 N. Georgia Ave., East Wenatchee, between 8 a.m. and 4:30 p.m. weekdays.