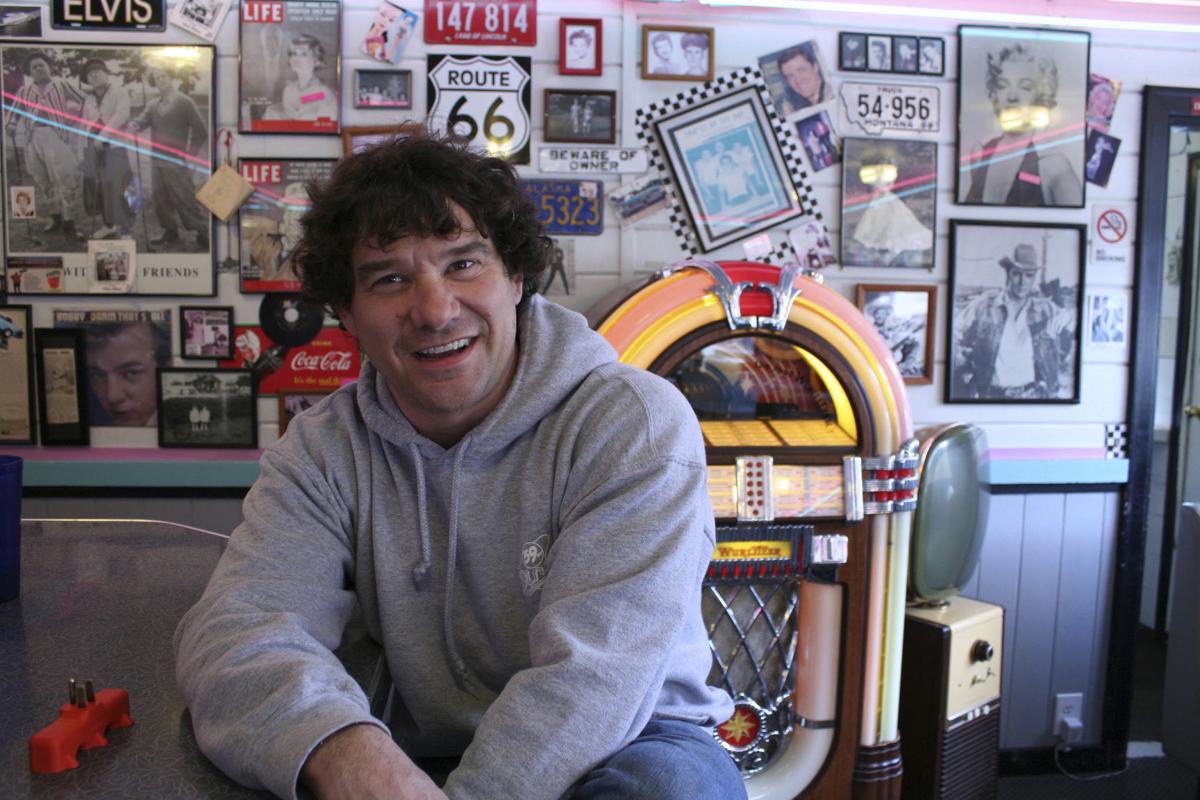 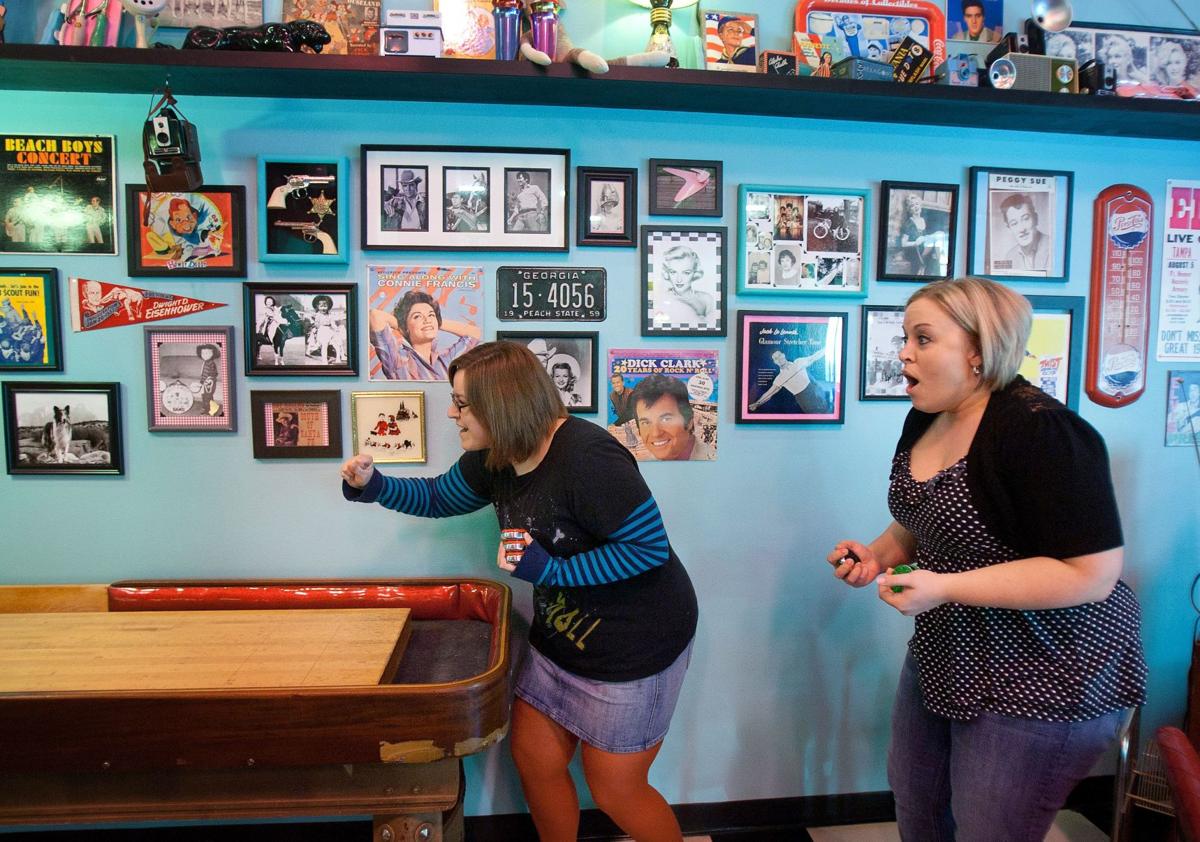 Bree Eggleston, Monitor, and Charlie Fritz, Leavenworth, play a game of table shuffleboard before having dinner at Cashmere's ’59er Diner in 2013. 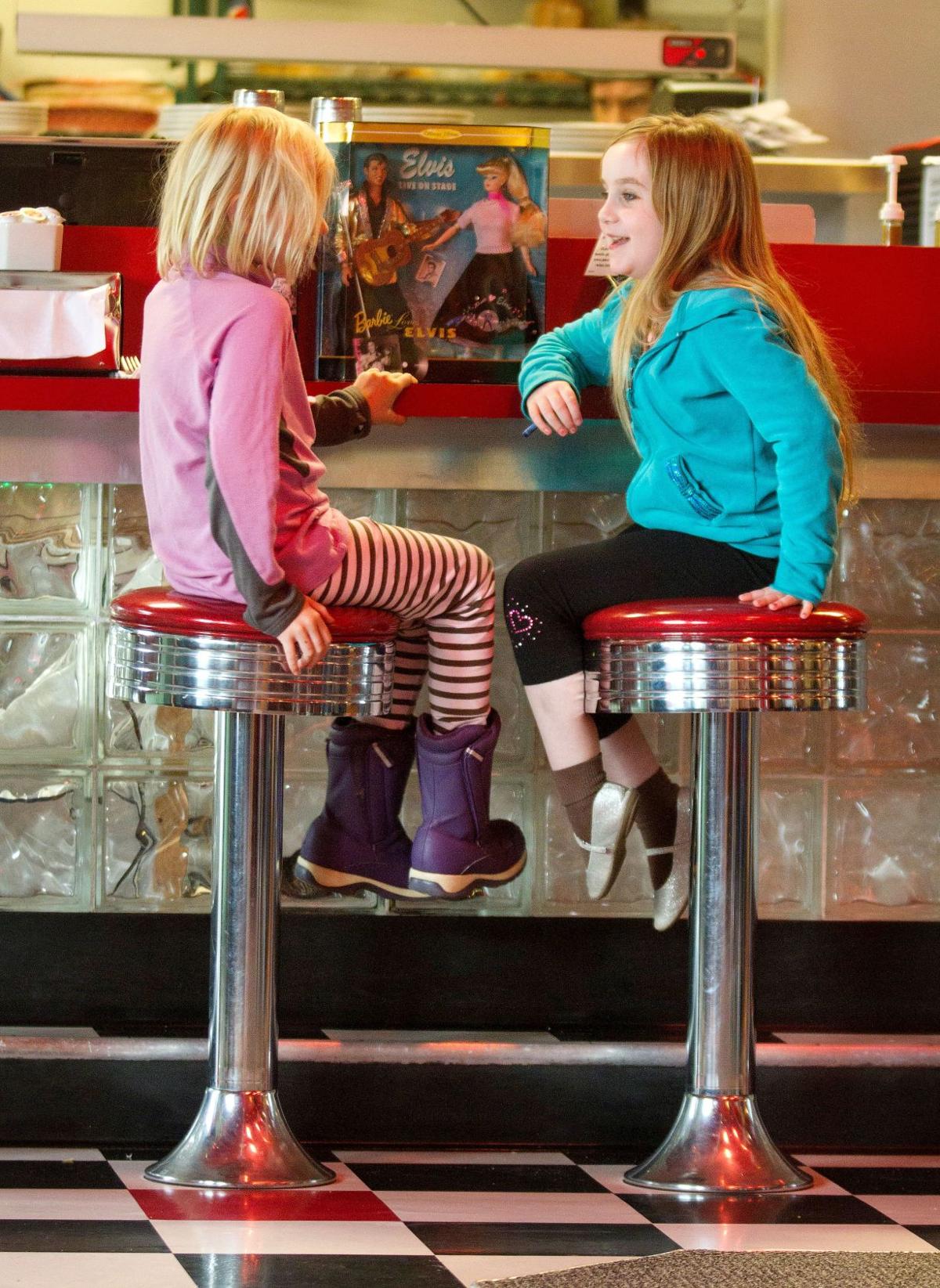 Bree Eggleston, Monitor, and Charlie Fritz, Leavenworth, play a game of table shuffleboard before having dinner at Cashmere's ’59er Diner in 2013.

“We ran out of money,” said owner Joe Cannata of his decision to close the restaurant at the Apple Annie’s Antique Mall he has operated for the past seven years. “I can’t let one store carry the other store.”

The original ’59er Diner at Coles Corner on Highway 2 near the turnoff to Lake Wenatchee remains open. It will celebrate its 25th year next year, the past 12 under Cannata’s ownership, and he intends to focus his efforts on making sure it sees the other side of the pandemic.

“It’s not all doom and gloom,” he said. “We have to do what we have to do. The public will still be going out to dinner, so we have to figure out how to make them happy, to give them the best experience we can. At the ’59er Diner, we want to show them a great time — a happy, fun, upbeat experience. I could keep struggling in Cashmere and working myself to the bone, but it’s going to affect the other restaurant at some point.”

The financial upheaval from the pandemic is compounded by the state’s business climate, he said.

“Minimum wage has almost doubled in the last five years. For restaurants, our biggest expense is labor. It’s simple math. Unless you double your prices, it just doesn’t add up,” he said. “At some point, people stop coming. You can’t charge $16 for a hamburger.”

Cannata said he isn’t opposed to paying a good wage to employees, but believes the state should include a tip credit that would more accurately reflect what employees are taking home.

Before the pandemic, Cannata had about 20 employees — a mix of full- and part-timers — at the Coles Corner location. He had 15 to 20 working in Cashmere, a number that had dropped by about half before he closed Monday.

He applied for and received a PPP (Paycheck Protection Program) loan to help keep the restaurants going, he said.

“That got us through some of the months,” he said.

Both restaurants continued operating under COVID-19 rules throughout the summer, with takeout and curbside service.

As October and November approached — the toughest months even in a good year — “I read the writing on the wall,” he said. “You only have so many resources. If I still want a healthy restaurant up the road I have to consolidate to make sure that one keeps going.”

Making the call, though, was not easy.

The Cashmere location helped keep Cannata’s operation going when the original Coles Corner diner burned in 2016. The Coles Corner restaurant reopened in 2018 in a stainless steel, 3,000-square-foot prefab structure manufactured in Atlanta, trucked north in five pieces and assembled with a large crane. “Cashmere has been good to the diner,” he said. “I love the community. I love the kids. But to come back after the pandemic, to make sure one of the stores survives, I have to focus 100% on the Lake Wenatchee store.”

He was still considering options last week, he said, including finding someone else to take over the management of the Cashmere location using the ’59er Diner name.

It’s a daunting task, he said, given the uncertainty with the pandemic.

“No one convinced me they could do it,” he said. “Even if they could overcome the drawbacks, we don’t know how long the economy will stay strong.”

He is not ruling out the possibility that Cashmere’s ’59er Diner might make a comeback, he said.

“It’s not destiny. We could change plans if it’s the right situation. I still have managers capable of doing it, if it’s not too much work for the reward,” he said.

For now, some of his Cashmere employees will transfer to the Lake Wenatchee diner, he said, which is now offering inside seating.

“We are still not having the server take orders at the table,” he said. “I’m not sure people need or want someone with a mask standing over their table taking their order, so we are still figuring it out. It’s a step in the right direction. People sit at the table, place the order by phone or tablet and the ticket prints out in the kitchen, then the order is delivered to the table.”

After an entire summer of just takeout and curbside, it’s nice to see people back inside, he said.

“That’s the heart and soul of the diner, the community sitting and chatting about how things are going. That’s just home,” he said.

Wenatchee museum reopening to public after 7 months of closure

Phase 2 means all public libraries in area will reopen Nov. 2