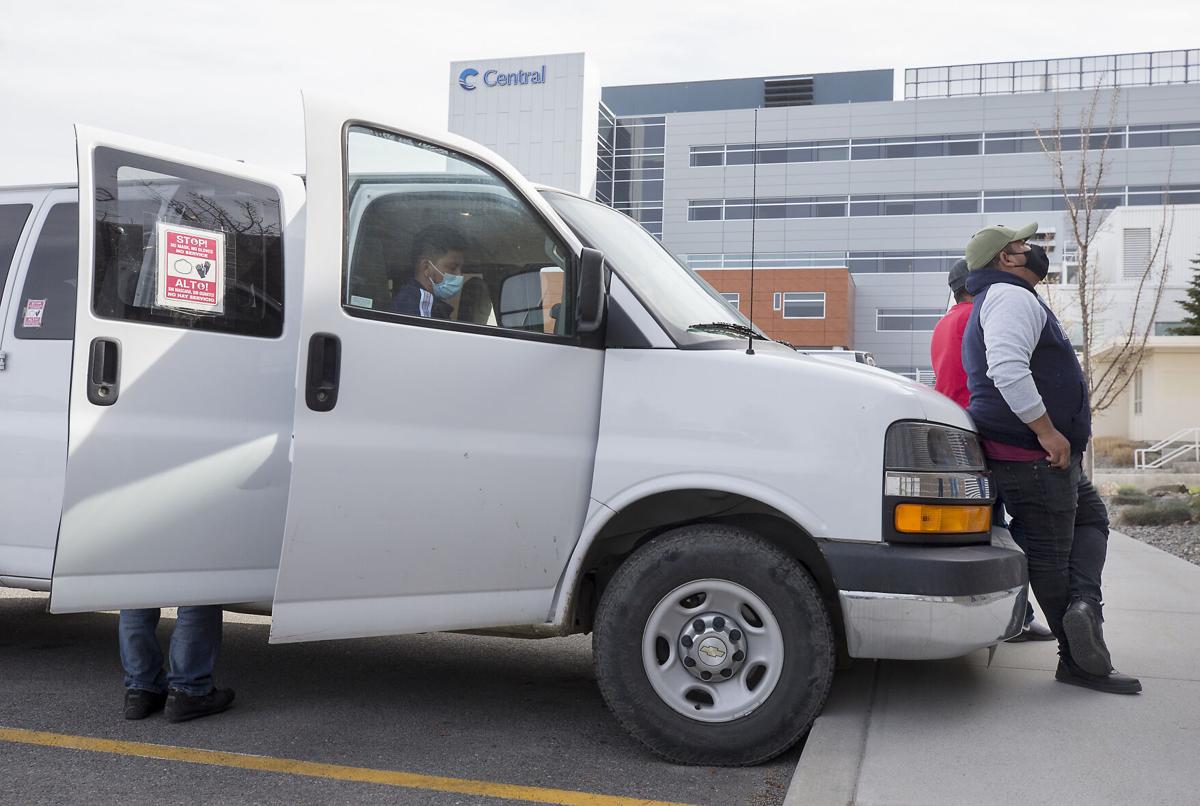 Stemilt workers wait in and near company vans after receiving their COVID-19 vaccines on Friday at Central Washington Hospital. 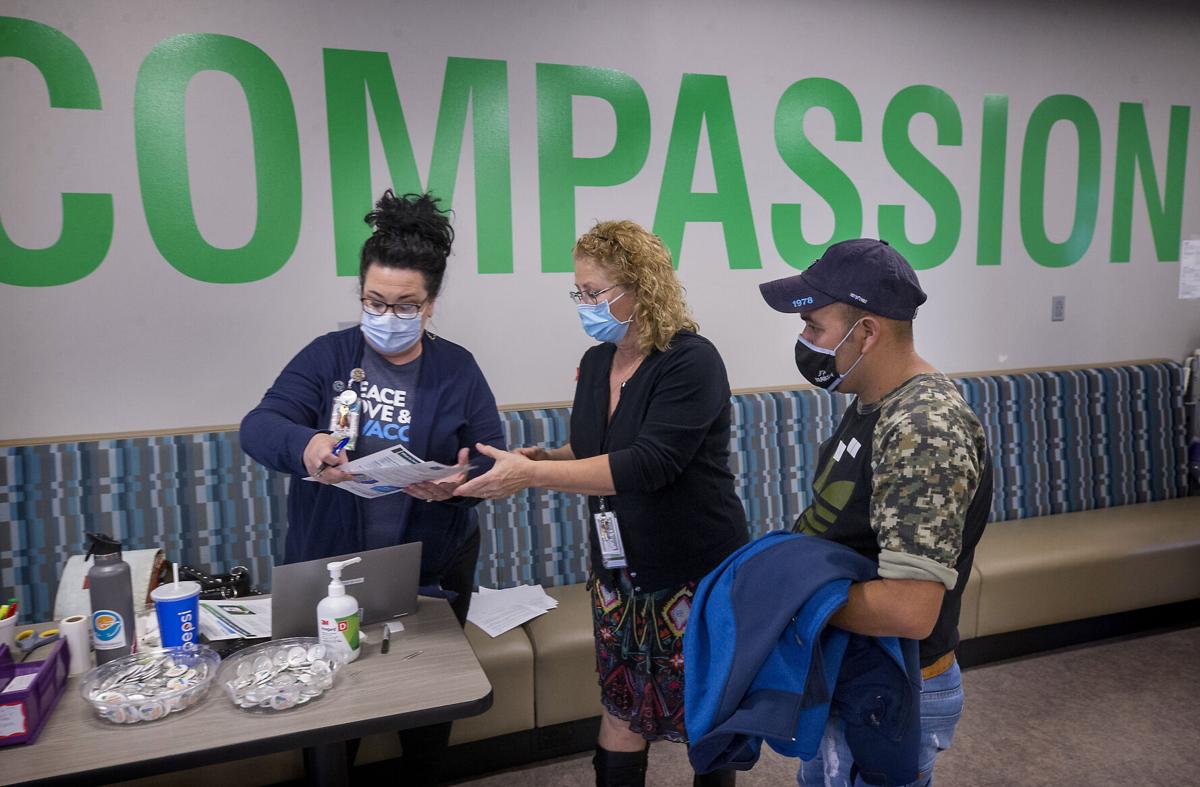 In Central Washington Hospital's cafeteria turned waiting room, Jonathan Camacho receives instructions on what to expect after getting a COVID-19 vaccine on Friday. Camacho is an H2A worker for Stemilt. 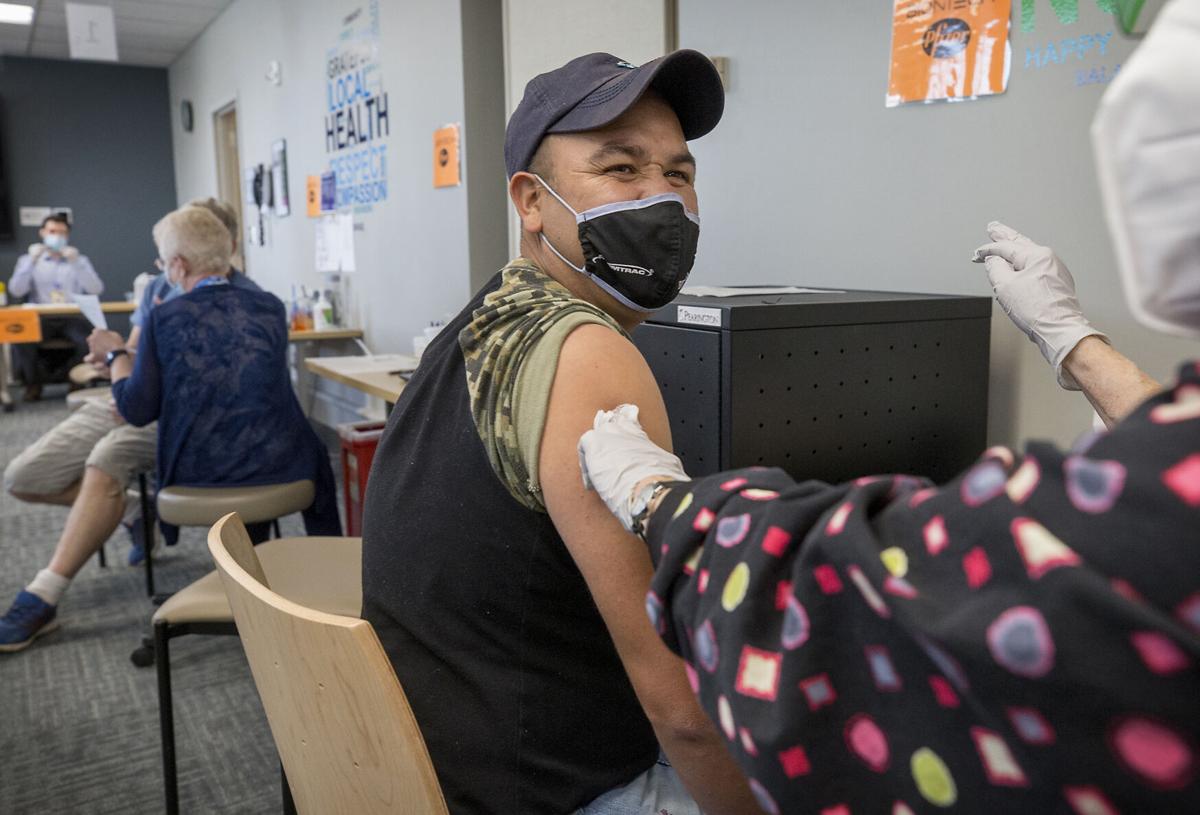 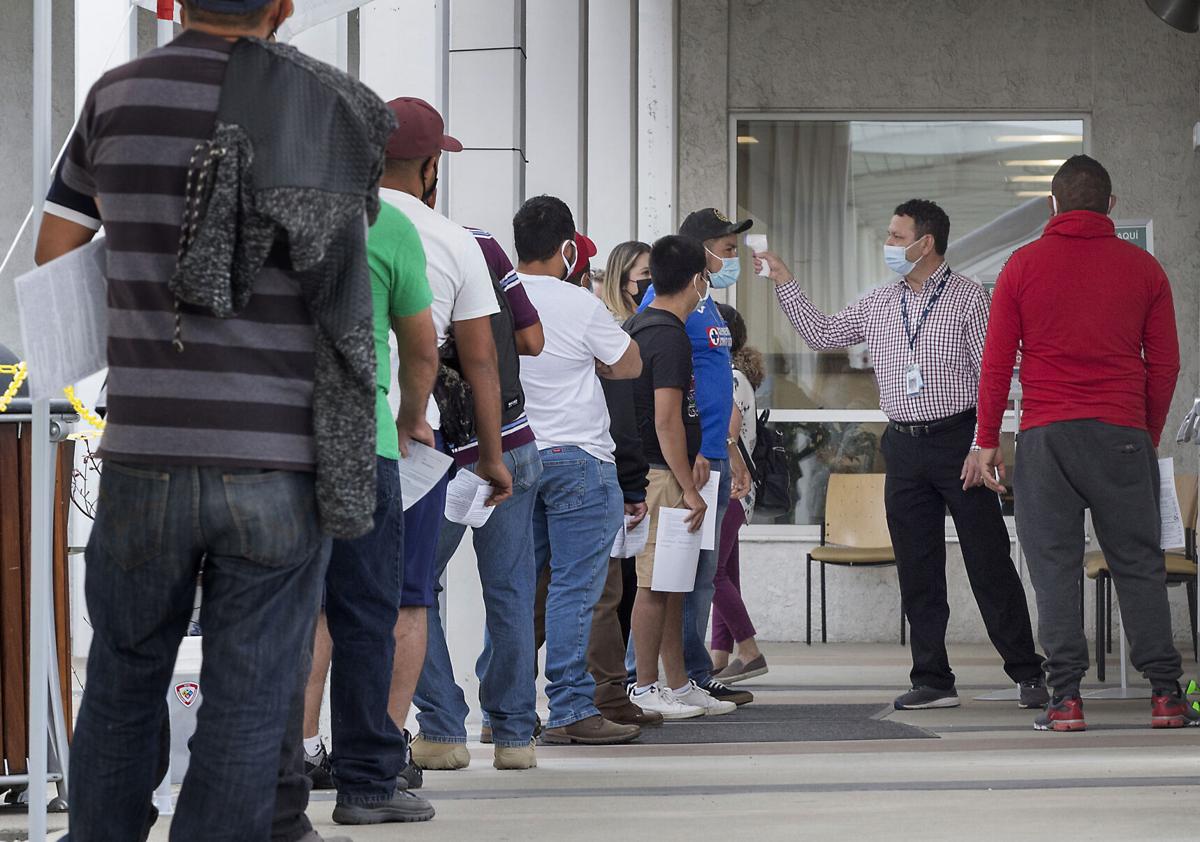 Stemilt H2A workers line up to receive their COVID-19 vaccinations on Friday at Central Washington Hospital.

We have lifted the paywall on this story. To support essential reporting, please consider becoming a subscriber.
1 of 4

Stemilt workers wait in and near company vans after receiving their COVID-19 vaccines on Friday at Central Washington Hospital.

In Central Washington Hospital's cafeteria turned waiting room, Jonathan Camacho receives instructions on what to expect after getting a COVID-19 vaccine on Friday. Camacho is an H2A worker for Stemilt.

Stemilt H2A workers line up to receive their COVID-19 vaccinations on Friday at Central Washington Hospital.

WENATCHEE — The line of agricultural workers waiting for their turn under the needle of a COVID-19 vaccine wrapped around one of the hospital’s parking lots, and those under observation for any side effects sat outside in the courtyard in the shade.

More than 100 agricultural workers from Kyle Mathison Orchards were transported to Central Washington Hospital to be vaccinated with Pfizer’s COVID-19 vaccine on April 2.

Most of these workers are part of the H-2A guestworker program which gives people from other countries temporary work during the harvest season.

Juan Manuel Mesa Lopez, a five-time H-2A worker from Mexico, was not concerned about working the harvest season again during the pandemic, but he did take some convincing to get in line for a new vaccine, he said.

“Well, with everything that happened early on, it scares people,” Lopez said in Spanish. “But once you know what does and doesn’t happen, you learn that [the vaccine] is there to help.”

Eneida Gonzalez, program coordinator for Confluence Health who organized the vaccination sign-ups at several companies, said that many workers were scared at first but the majority eventually sign up to get vaccinated.

“They see a lot of things on TV,” Gonzalez said. “Long needles. Fake vaccinations. ‘I might get another eye.’ A few different things. They’re all very, very scared. We listen to them, answer whatever questions they have to make them feel at ease.”

Modesto Gonzalez, a pharmacist for Confluence Health, said that as he went around helping workers with any questions, he did receive a few questions about whether the shot hurt.

He did not get any unusual questions about the vaccine, and it is not uncommon for people to be nervous or have a phobia about needles, Gonzalez said.

“There is so much data already that [COVID-19 vaccines] are safe and that they work,” Gonzalez said. “I’m actually surprised that some people are still hesitant to get the vaccine.”

Close to 100% of workers at Kyle Mathison Orchards eventually signed up to get vaccinated, according to Gonzalez.

Jonathan Alberto, another H-2A worker from Mexico, said he was a bit nervous about the whole situation. He had not returned to the United States with the H-2A program since 2017, Alberto said. But he had heard about the United States’ struggle with the pandemic from the state of Michoacán where the situation was also pretty bad, he said.

Although nervous about COVID-19 vaccines, Alberto said he was convinced he needed to get vaccinated amidst all the misinformation around it.

“Sometimes we’re doubtful, but if it’s for the good, well, we have to get it,” Alberto said in Spanish.

Confluence Health vaccinated another 52 H-2A workers on March 20, according to JoEllen Colson, Confluence senior vice president. It has been a pleasant surprise for Confluence to see that the Latino and agricultural communities eager to get vaccinated, she said.

Teresa Zepeda, mother, and Teresa Bendito-Zepeda, daughter, were both assisting efforts by translating questions and answers and helping with vaccinations.

Confluence Health Foundation awarded Teresita’s Consulting, Bendito-Zepeda’s business, $200,000 to improve vaccination access to Latinos in the area. Teresita’s Consulting has worked with agricultural companies such as Blue Bird, Stemilt Growers, McDougall and Sons, among others, according to Colson.

Zepeda felt it was great to see Confluence Health recognize agricultural workers for their efforts, working long hours, especially during the pandemic.

“[H-2A] workers take some money home, but they’re also recognized for the hard work they do,” Zepeda said in Spanish. “That is great. That’s on another level.”

Vaccine eligibility opens today to all 16 and older: Here's how to get an appointment