Pangborn Memorial Airport's webcam shows the Alaska Airlines plane on the runway about 8:10 a.m. Friday before passengers are loaded. 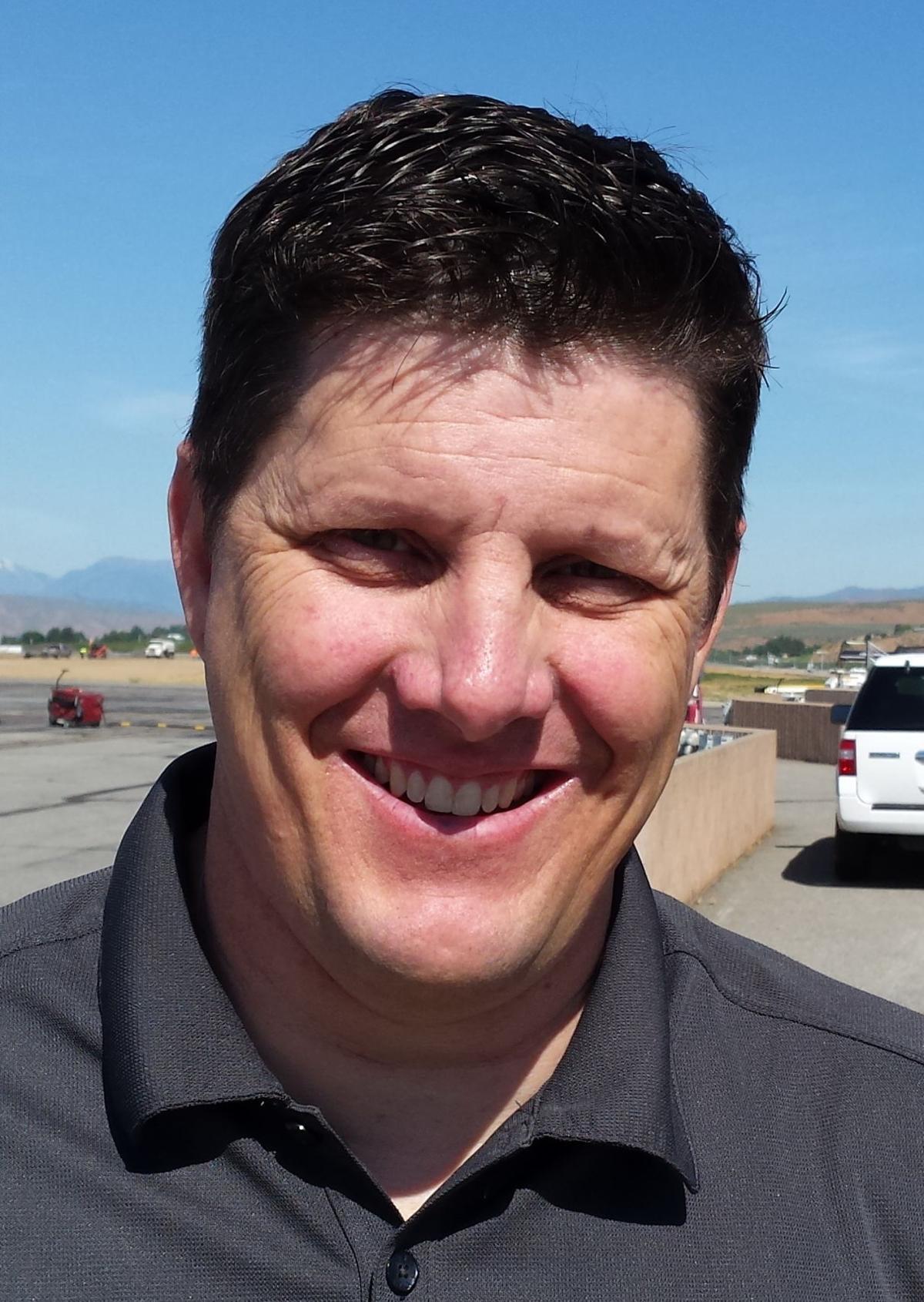 +1
We have lifted the paywall on this story. To support essential reporting, please consider becoming a subscriber.

EAST WENATCHEE — Alaska Airlines will continue to have just one flight into and out of Pangborn Memorial Airport through July at least, says Airport Director Trent Moyers.

Initially the single flight schedule, which departs for SeaTac at 8:30 a.m. and arrives at 6:09 p.m., was planned through June.

The other two flights were cut in early April as COVID-19 restrictions reduced passengers on the 76-seat planes to record lows — 8% in the fourth week in March, an average of 9.5% for the month. The typical load is 76%.

The good news, Moyers said, is the one flight has been well-used, with 40 to 45 passengers per flight. Social distancing requirements cut the available seats from 76 to about 50.

Initially the one Wenatchee flight was also stopping in Yakima.

“They call it a tagged flight,” he said. “It would come here, drop passengers in Wenatchee and then continue to Yakima. Then the next day, it would leave Yakima, stop here and head for Seattle. It was like the old SeaPort schedule to Portland,” he said.

That changed this week.

“We weren’t able to get everybody on the plane who wanted to get out, so they stopped that,” he said. “They figured demand was high enough for us to hold our own.”

The overall change in numbers from last year is dramatic. Pangborn recorded 517 passengers on flights in May this year compared to 5,168 last year — a 90% reduction.

Nationally, the average is a 96% reduction, Moyers said.

“Ninety percent is still huge, but better than the national average,” he said.

Alaska Airlines recently announced it expects to lay off 3,000 of its 23,000 employees in the next year and is anticipating long-term impacts to the company — and the industry.

Moyers is not making bets on when Pangborn’s other two Alaska flights might be restored.

“We hope to get them back sooner rather than later,” he said. “We know the schedule through the end of July, but beyond that, I think they will wait to see if it’s profitable, using 50 seats in a 76-seat aircraft.”

With the decline comes some opportunity, said Moyers, based on a presentation made Monday by Jack Penning, a consultant with Volaire Aviation working with Pangborn and the Chelan Douglas Regional Port Authority.

Penning pointed out Pangborn’s history of recovering from economic downturns more faster than other airports and that as demand starts to change, it’s possible other airlines might step in fill gaps if the big players in some of the hubs change — including those in Denver, the San Francisco Bay area or Salt Lake City.

Pangborn has been trying to recruit a second airline to fly to somewhere besides SeaTac for several years.

“Planes are parked everywhere waiting to find routes, so we need to be prepared to negotiate an agreement with an airline,” Moyers said. “With that mindset, we can make the most of the reshuffling of the decks, as it were. If a city is not getting service back, maybe we can make a pitch or be prepared to negotiate a deal. The idea is to stay flexible.”

Until then, Moyers and the Pangborn crew are adjusting to the continued COVID-19 changes.

Masks are visible, the floors are marked for social distancing, hand sanitizing stations are installed.

The airport received an $18 million CARES Act grant that will be used to pay down debt, pay for some operations and expenses.

“We still have to do the same level of work whether people are getting on planes or not. We have runway inspections, firefighters and other operating costs,” he said.

Revenues are down, he said.

In April, the latest total figures reported, car rentals were down 78% and parking revenues saw a 79% decline.

On the general aviation side, Moyers said, air cargo continued through the COVID-19 shutdown and he has seen business and corporate jets on the move.

It’s difficult to say whether COVID-19 or the weather kept smaller private planes down early on, but he is seeing more planes flying in the past week.

It’s hard to keep aviation enthusiasts down for long, he said. That includes kids.

This is usually the time when school kids tour the airport to check out the planes, helicopters and fire engines.