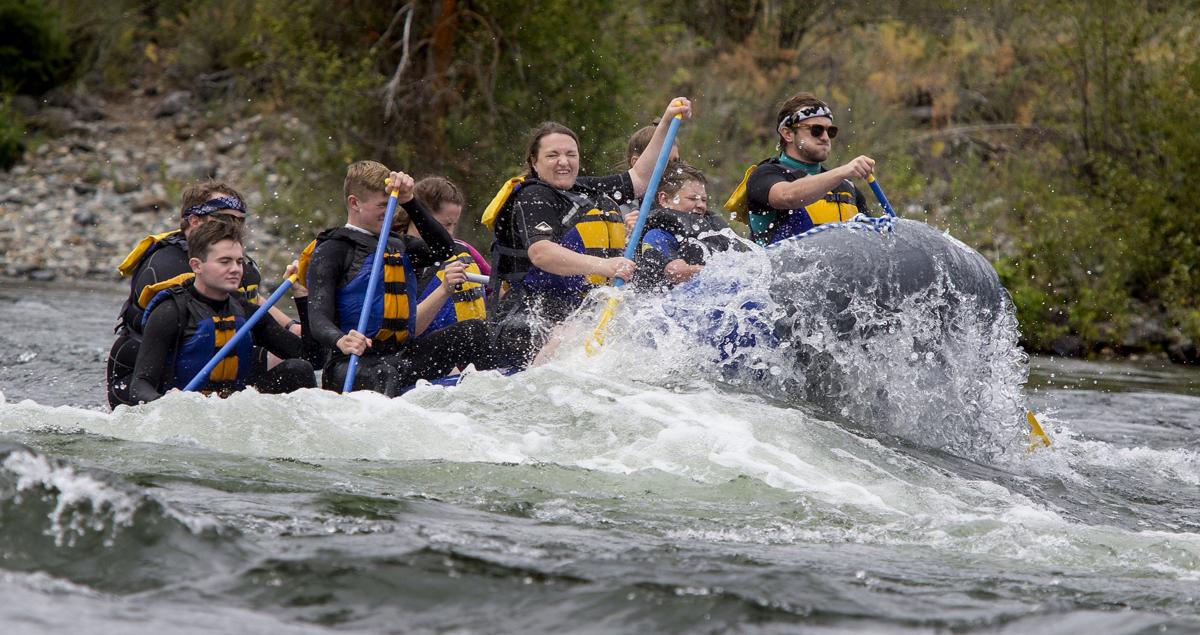 Rafters go through the Rodeo Hole on the Wenatchee River east of Dryden on June 27. 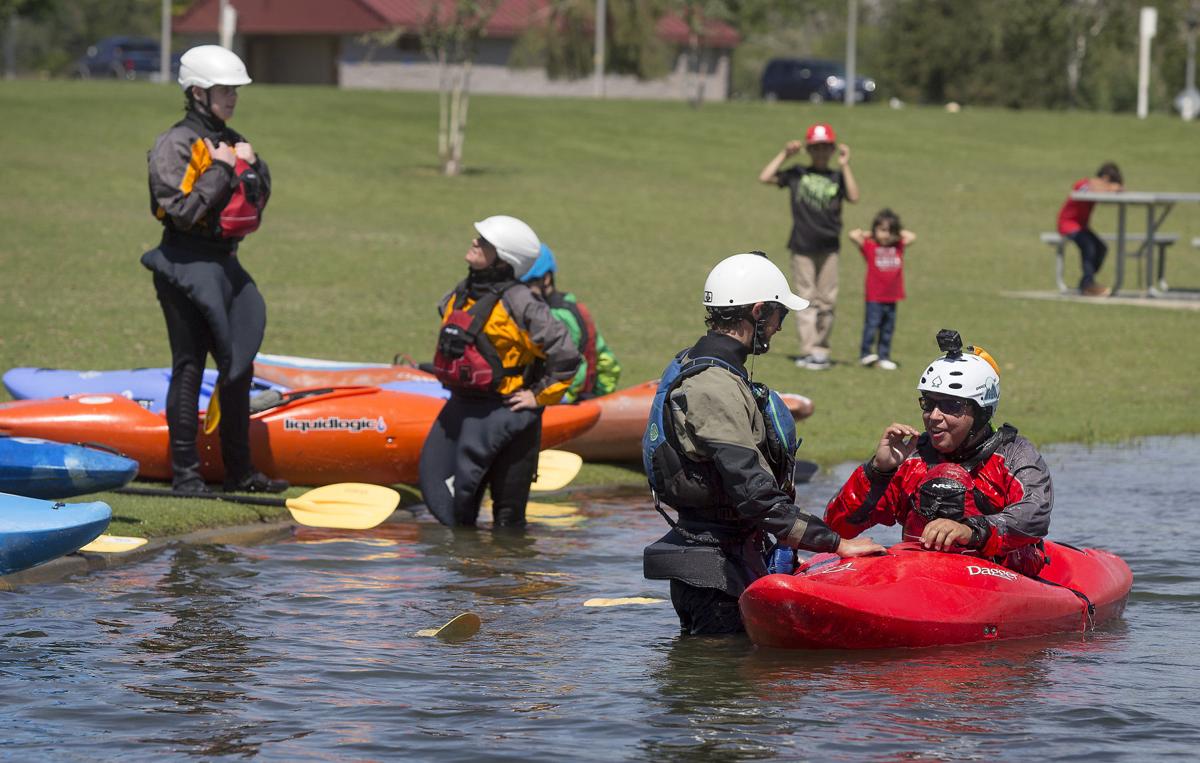 Rafters go through the Rodeo Hole on the Wenatchee River east of Dryden on June 27.

LEAVENWORTH — As you could probably imagine, river rafting companies around North Central Washington have been hit pretty hard by the COVID-19 pandemic.

Like most recreational-type businesses, they’re seasonal. They typically make their money from mid-to-late April through July — depending on how the rivers are running — and before the water drops in volume and eager inner-tubers flock to the state’s rivers in droves.

With business just now starting to pick back up, rafting companies missed a good chunk of the white water season. They weren’t allowed to start the season until Chelan County moved into phase 1.5 on June 10.

“We try to do a little bit but we’re down about 90-95% compared to last year,” Charlie Bahla, a supervisor at River Riders in Leavenworth, said Wednesday. “The big water is already past us and we’re in the spring melt-off. Our peak was probably a few weeks back in terms of what’s normally the biggest part of the season, but now we’re starting to get some families and people coming out of hiding. People are starting to venture out a little bit.”

James Moore, the owner of Orion River Rafting — located about six miles up the Chumstick Highway — offered a similar assessment, saying they’ve lost more than 50% of their business.

“It’s probably even a little higher than that,” Moore said. “But it’s starting to pick up with the weather and folks coming to town. The river is still running.”

Most companies offer trips (including some overnight) to rivers like the Methow, Tieton, White Salmon, Nooksack along with the Wenatchee River, but with travel and safety guidelines an issue, they’ve been forced to keep their rafts on the Wenatchee.

“Rather than travel, pack up the gear and have to figure out how to keep everything clean, we’ve been playing the home game instead of away,” Bahla said. “Safety is definitely paramount for us, so we’ve been forced to cancel some scheduled trips.”

For potential rafters concerned about social distancing, Bahla said River Riders has cut the trip load from eight to four or five. They’ve stopped providing lunches at their picnic area — though people can still bring their own and eat by the river if they wish — and customers are asked to mask up and sit in every other seat on the shuttle to the launch site.

But masks are not advised while out on the river.

“If you fall overboard or the raft gets flipped and you get dumped, the first thing you need to do is make sure you get your head above water; you don’t want a soggy mask down your throat,” Bahla said.

Moore said Orion is currently only taking boatloads of families and asking customers to wear masks while shuttling them to and from the river, now running at about 6,000 cubic feet per second, according to the U.S. Geological Survey.

Inner tubing season typically begins mid-to-late July through August; once the river heats up a little and drops to a safe speed, which Bahla said is 1,000 cubic feet per second or less.

“The Wenatchee is running higher than normal but our spring has been so crappy and the weather cold, it’s still running off snow melt and is icy cold with a powerful current,” Bahla said. So, we probably won’t open up for inner tube rentals for quite a while.”

As far as the long term, “we hope it doesn’t but if it does, you can’t fight against Mother Nature. We have to just go with the flow, like we do out on the river,” Bahla said.

Q&A | Protecting yourself and loved ones from COVID-19: A conversation with Dr. Mabel Bodell and Simon Mendoza