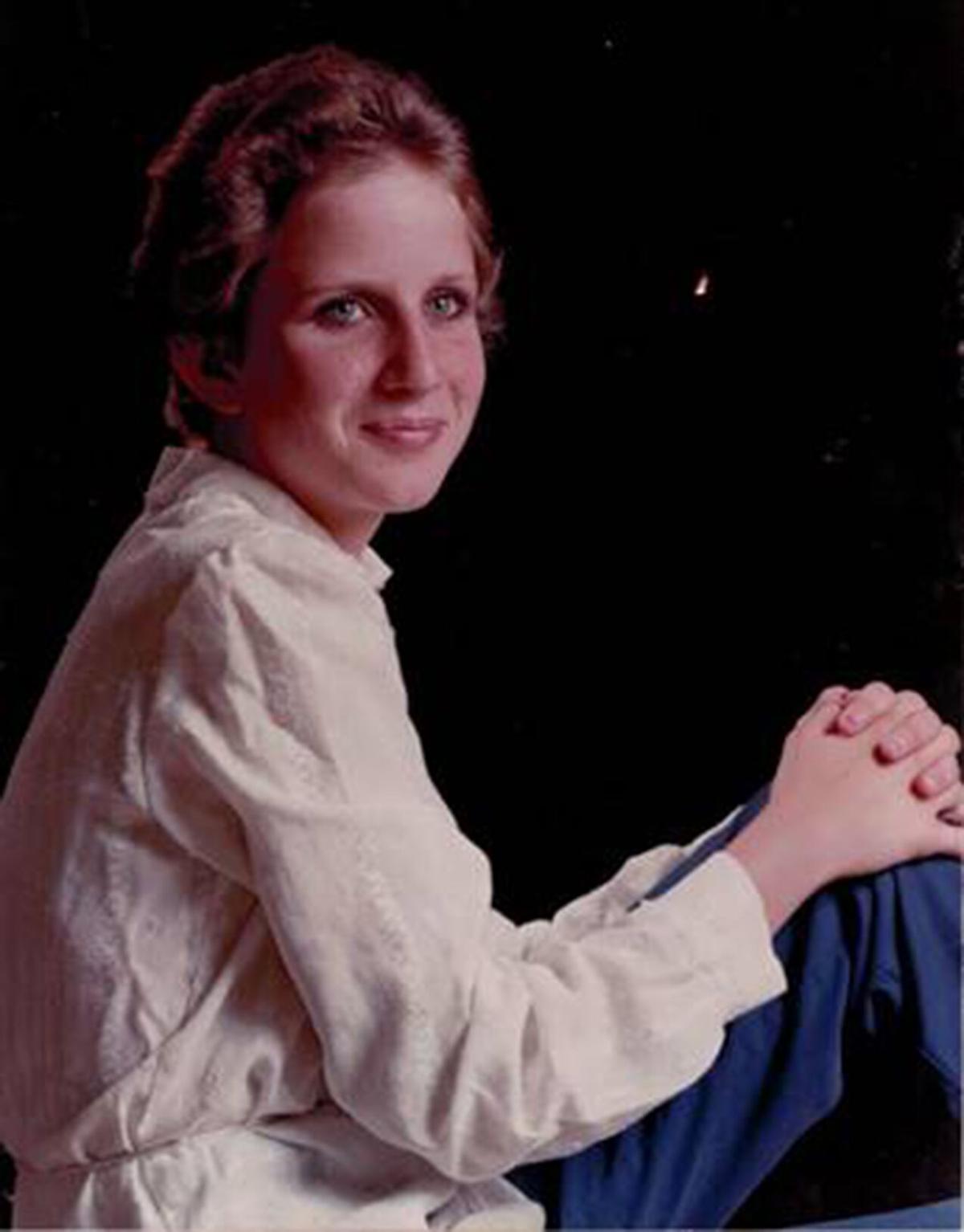 Wendy Stephens, finally identified as the youngest victim of the Green River Killer, in an undated photo. 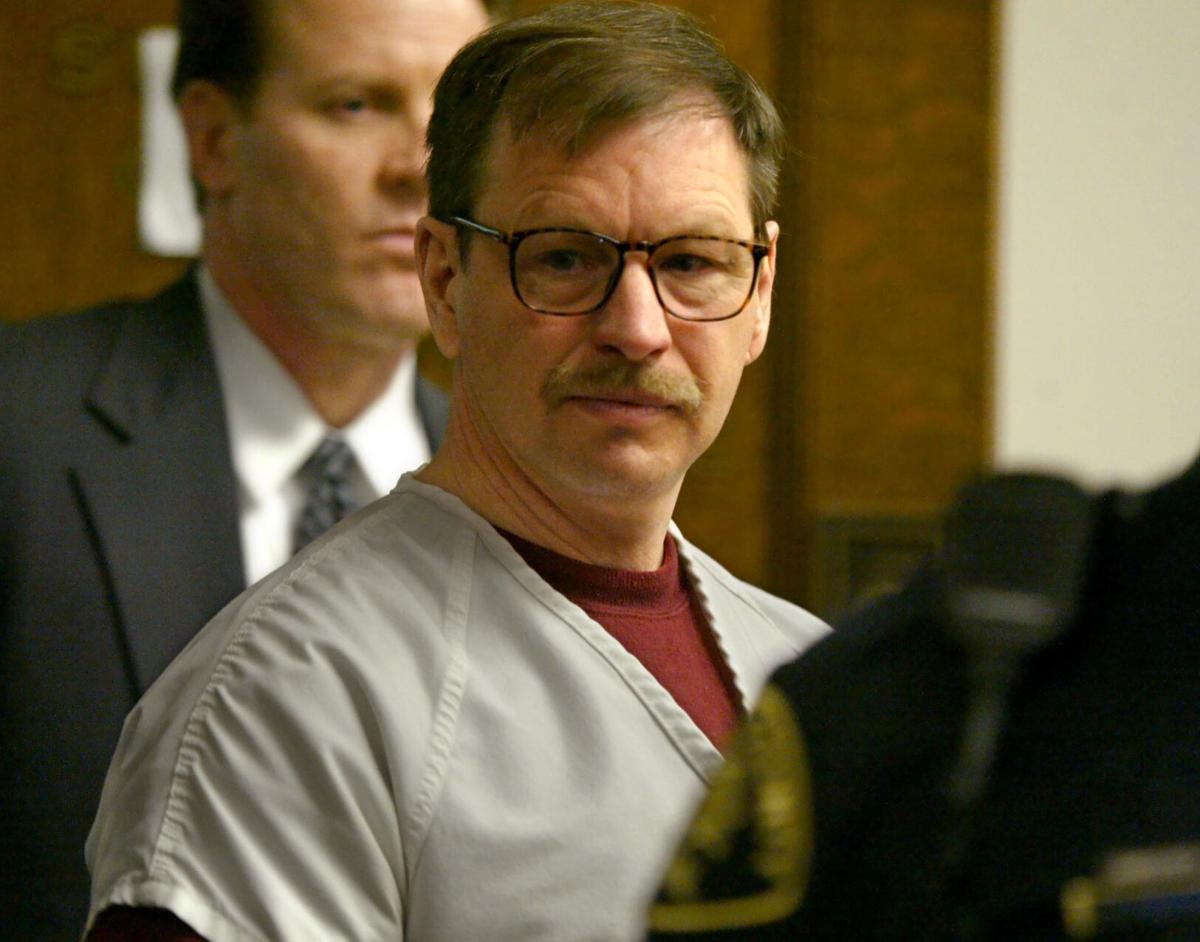 Gary Ridgway prepares to leave the courtroom where he was sentenced in King County Washington Superior Court Dec. 18, 2003 in Seattle, Washington. Ridgway received 48 life sentences, with out the possibility of parole, for killing 48 women over the past 20 years in the Green River Killer serial murder case. DNA has helped identify one of his last victims.

Wendy Stephens, finally identified as the youngest victim of the Green River Killer, in an undated photo.

Gary Ridgway prepares to leave the courtroom where he was sentenced in King County Washington Superior Court Dec. 18, 2003 in Seattle, Washington. Ridgway received 48 life sentences, with out the possibility of parole, for killing 48 women over the past 20 years in the Green River Killer serial murder case. DNA has helped identify one of his last victims.

SEATTLE — For more than three and a half decades, she was known as “Bones 10” — the skeletal remains of a young female recovered in 1984 from a swamp behind a baseball field near Seattle-Tacoma International Airport.

Nineteen years later, she received an additional moniker in charging documents — “Jane Doe B10” — after the man unmasked as the Green River Killer admitted he’d killed her and dumped her body before eventually pleading guilty to the murders of 49 women and girls.

But other than knowing she was one of Gary Ridgway’s victims, investigators never knew her true identity.

Stephens, who was 14 when she ran away from her parents’ Denver, Colorado, home in 1983, is now believed to be Ridgway’s youngest victim, a King County Sheriff’s spokesperson said Monday. Her bones were found in March the following year.

Last year, county investigators submitted bone fragments to the DNA Doe Project’s contracted lab to create a genetic sequence that the group then uploaded to genealogy sites GEDMatch and FamilyTreeDNA in search of potential relatives. There were no direct matches, but the profile returned multiple distant cousins on both sides of Jane Doe B10’s family tree, said Cairenn Binder, who led the team of genealogists on the case.

The team then built out family trees in search of common ancestors that led to the “smoking gun couple,” Stephens’ parents, Binder said. The group reported the match to the King County Sheriff’s Office on Sept. 27. Investigators, in turn, notified Stephens’ mother and traveled to Colorado to collect a DNA sample that confirmed the identification. The Sheriff’s Office announced Stephens’ identification Monday.

As it turned out, Stephens’ mother had uploaded her own DNA to GEDMatch in February 2019, hoping to learn the fate of her missing daughter, Binder said. But shortly after her submission, GEDMatch implemented a new “opt-in” policy that only allows law enforcement access to the DNA kits in the site’s database if users explicitly agree to it.

“By no fault of her own, the parent of this Jane Doe was unaware of the policy change,” Binder said. “Otherwise, we could have solved it immediately.”

Instead, it took months of sleuthing by the California-based DNA Doe Project to narrow down the closest common ancestors identifying Stephens.

Stephens was one of four previously unidentified victims attributed to Ridgway as part of the Green River killings, a series of murders primarily carried out in South King County during the early 1980s that targeted young women and teenage girls, many of whom were living on the streets and working in prostitution.

In 2012, investigators used a relative’s report and DNA to link skeletal remains found in Des Moines in 1985 to 20-year-old Sandra Denise Majors.

“Ridgway’s murderous spree left a trail of profound grief for so many families of murdered and missing women,” King County Prosecuting Attorney Dan Satterberg said in a statement Monday. “His crimes left an impact on our community that continues today.”

After Ridgway’s arrest in 2001, then-King County Prosecutor Norm Maleng agreed he would not seek the death penalty in exchange for his cooperation in locating the remains of dozens of victims. Ultimately, Ridgway admitted to nearly 70 slayings, but at the time prosecutors said they had evidence linking him to only 48.

In 2011, Ridgway pleaded guilty to a 49th homicide, admitting that 20-year-old Rebecca Marrero was among his first victims. She was last seen in 1982.

Ridgway is serving a life sentence without parole at the Washington State Penitentiary in Walla Walla.

Seeing Bones 10 identified became an obsession for one King County detective who dedicated most of his career to the case. Now long retired, Tom Jensen, who at one point was the only detective assigned to what became the nation’s longest unsolved serial murder investigation, vividly recalls the afternoon in March 1984 when the caretaker of the Highline Baseball Field called investigators.

“He says, ‘my dog just came home with a bone — and I think it’s human,’” Jensen said. “The field was only about six blocks away, so a number of us went over there. And the guy points us to an area just outside center field and says that’s where his dog came from.”

Detectives found the bones in a marshy drainage area behind the field, just west of 16th Avenue South and South 146th Street in what’s now SeaTac.

“After we finally sent Gary away to prison, it’s something that stuck with me,” said Jensen, who continues to serve as a consultant on Green River cases. “We needed to find a name for her. It was part of my bucket list.”

Eventually, after DNA linked Ridgway to three victims and led to his arrest in 2001, the Auburn truck painter “admitted killing a woman near the baseball fields off Des Moines Way,” court records say. Ridgway told investigators he thought the victim was white, in her 20s and recalled picking her up in Tukwila.

“He said he killed her during the day and wanted to make certain she was dead because he had attempted to kill another woman nearby, but she had escaped,” according to the records, which summarized 48 of Ridgway’s murders under a 2003 plea arrangement.

A day after investigators recovered the bones, bloodhounds searching the area found the remains of another victim, 18-year-old Cheryl Wims, about 200 yards away. Eight months earlier, the remains of a missing 17-year-old named Shawnda Summers also had been found about a half-mile away.

On Monday, Taylor, the forensic anthropologist, recalled first examining the bones shortly after being hired by King County in 1996. According to court records, Taylor concluded the remains “were those of a left-handed Caucasian female” who “stood about 5’2” to 5’7” and had a healed skull fracture. She was about 15.

Stephens’ case “always meant a lot to me, because I could tell that she was so young,” Taylor said Monday. “Not only did he take her life, but he took her name.”

In 2007, the Sheriff’s Office released computer-generated images of what the girl, and two other unidentified Green River victims, may have looked like, noting in a news release at the time that she “could be as young as 12 years of age.”

Over the years, Taylor said she worked with Jensen and other investigators trying to identify Bones 10 and Ridgway’s other nameless victims by submitting DNA and other evidence to federal databases and checking missing-persons reports.

“But it’s been no hits, no hits, no hits,” she said. “We figured she was probably from out of state because we were finding nothing locally. So when we finally found out who she was, I was over the moon.”

The King County Medical Examiners’ Office is retaining possession of Stephens’ remains, giving her family “time to decide how they want to proceed,” a public health spokesman said Monday. In the meantime, the family has requested privacy, according to the Sheriff’s Office.

With aims for in-person learning this fall, area colleges mull plans for 'Class of COVID-19'

What you need to know about the Johnson & Johnson vaccine

Report: Man trapped under hay bale was trying to steal it

The pandemic's silver lining: No flu deaths so far this year in Washington