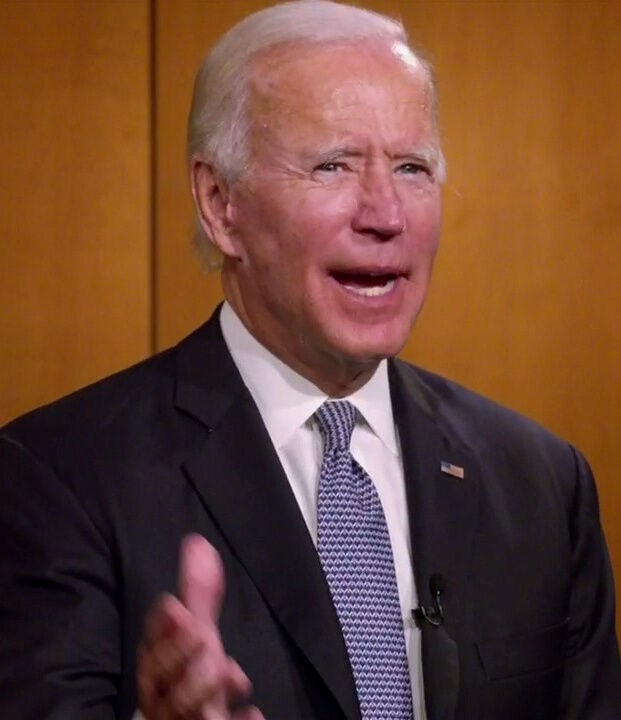 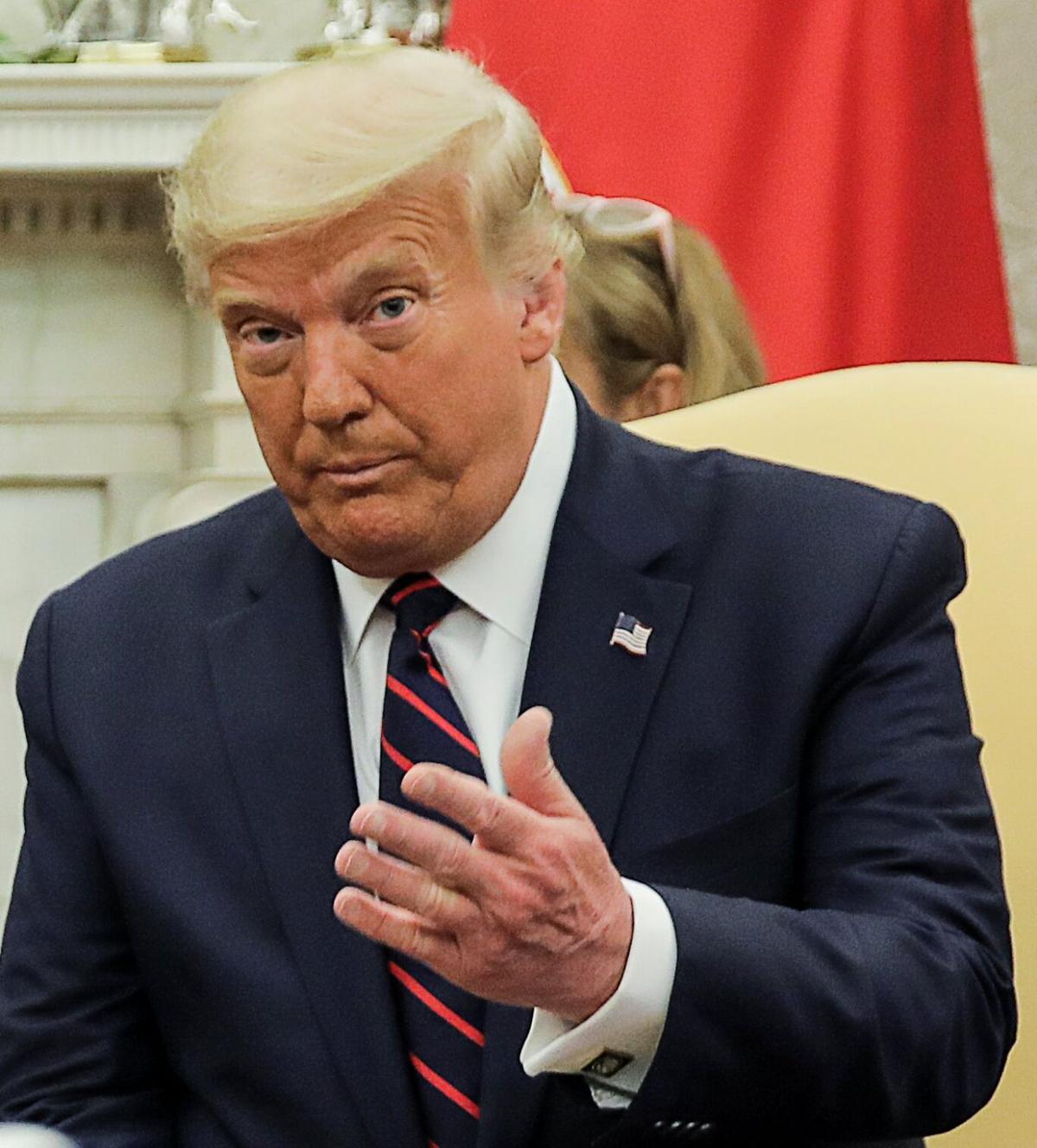 WASHINGTON, D.C. — With the “will they, won’t they” of school reopenings as one of the most divisive debates of pandemic America, education policy is enjoying a rare moment at center stage.

But as the presidential election draws nearer, remote learning is just one of many education policy concerns on the ballot. College affordability, sexual assault policies and charter schools could see widespread changes depending on whether President Donald Trump or Joe Biden wins the Electoral College come November.

Trump has had well over three years in office to promote his vision for American education, with controversial Secretary of Education Betsy DeVos in lock-step behind him. The two have emphasized an agenda that aims to redirect traditional public school funding toward charter and private alternatives, as well as repeated proposals to cut Education Department funding and a broad move away from top-down federal guidelines.

Trump has also leveraged schools in a grab bag of other related fights, from Israel to gun control to transgender people’s civil liberties.

Meanwhile, like much of his campaign, elements of Biden’s education agenda hark back to his years as vice president under President Barack Obama — although as some have noted, he places less emphasis on standardized testing and teacher evaluation than his former boss did.

The Biden platform instead focuses on college affordability and the student debt crisis, elements of which borrow from progressive primary challengers Sens. Bernie Sanders and Elizabeth Warren. He also offers a counterbalance on many of Trump’s cultural fights, often through promises to reinstate Obama-era guidelines that Trump has rolled back.

The former vice president’s policy proposals and his work in the Obama administration shed light on what a Biden White House might look like when it comes to America’s schools — including college affordability programs and liberal stances on social issues.

Front and center right now are his criticisms of how Trump has handled the pandemic, including the question of school reopenings. Biden has called for decisions to be made based on science rather than political pressure and on a place-by-place basis rather than nationwide.

A plan he proposed in mid-July would create federal guidelines for safe reopenings, charging agencies like the CDC with establishing “basic, objective criteria” such as reducing class sizes or making plans to accommodate at-risk teachers and students — although the proposal still leaves final decisions up to state and local officials.

“Forcing educators and students back into a classroom in areas where the infection rate is going up or remaining very high is just plain dangerous,” Biden said at the time.

Teacher unions, whose support is important to Democrats, have been apprehensive about reopening plans. During a video conference with the National Education Association in early July, Biden called for more money to go toward safety measures. He’s also pledged to send Congress an emergency funding package worth as much as $30 billion that would help prepare schools to safely reopen.

On other issues, he represents a similar contrast with Trump. He’s come out strongly against federal funding of for-profit charter schools, saying that doing so “siphons off money from public schools, which are already in enough trouble.”

And where Trump’s budget proposals have consistently called for cuts to federal education spending, Biden supports “providing two years of community college or other high-quality training program without debt for any hard-working individual” — a policy he also proposed in 2015, alongside Obama. Under the program, the federal government would cover three-quarters of the cost, with states covering the rest (except in the case of Indian tribes that operate community colleges for low-income students, in which federal support would cover up to 95%).

Biden has also called for setting the repayment rate on federal undergraduate student loans at 5% of discretionary income over $25,000, with individuals making less than that neither owing payments nor accruing interest. After 20 years, the remainder of the loans would be fully forgiven for everyone who responsibly made their payments.

And in a policy he described as aligning his college tuition proposals with his student debt proposals, he added in an April blog post, “I propose to forgive all undergraduate tuition-related federal student debt from two- and four-year public colleges and universities for debt-holders earning up to $125,000, with appropriate phase-outs to avoid a cliff.”

He’s also said he would triple funding for Title I, a federal program that could help pay teachers more competitive salaries.

Other Biden proposals include doubling the maximum value of Pell grants, investing $50 billion in workforce training programs, doubling the number of health professionals in schools and providing universal pre-kindergarten for 3- and 4-year-olds.

Separate policy stances that nevertheless have implications for American schools — such as a guarantee that transgender students will have access to bathrooms and locker rooms consistent with their gender identity — are noted elsewhere in his platform.

His plan to “end violence against women” lays out a multipart response to campus sexual assault, including increased preventive education, expanded reporting rights for survivors and a return to the Title IX guidelines of the Obama years.

Biden also takes a swipe at Trump’s response to school shootings, arguing that “arming teachers isn’t the answer” and instead advocating for gun control legislation.

Trump and DeVos have aimed to reduce the role the federal government plays in education, including through proposed cuts to the department’s budget and the loosening of federal guidelines.

Yet in the age of COVID-19 that approach has inverted, with Trump switching from federalist devolution to top-down pressure as he pushes schools nationwide to reopen for in-person learning — even as the pandemic has killed more than 170,000 people in the U.S.

The president has gone so far as to threaten school districts with the loss of federal funding if they don’t reopen. And although senior administration officials anonymously told reporters he wasn’t proposing that funds be used to pressure local and state officials, DeVos has since repeated the threat.

Despite conceding in late July that schools in hot spots might have to “delay reopening for a few weeks” — at a time when cases were surging nationwide and California was seeing record-high deaths — even then Trump maintained that “every district should be actively making preparations to open.”

Trump’s handling of the reopening question has been met by criticism from many teachers, parents and school officials, with a statement signed by the two largest teachers unions criticizing “conflicting guidance” and the lack of a comprehensive plan.

The president has similarly butted heads with the federal Centers for Disease Control and Prevention, criticizing the agency’s recommendations — which include students and teachers wearing masks when feasible and using staggered schedules — as too costly and restrictive.

“While they want them open, they are asking schools to do very impractical things,” Trump tweeted in early July.

Policymakers and parents have weighed the health risks of opening schools against the potential problems with keeping students at home, including a lack of access to nutrition, difficulties for working parents and child development concerns.

Trump judged the Los Angeles Unified School District’s decision in July not to reopen campuses for in-person learning a “mistake.”

Beyond the immediate concerns of the pandemic, privatization has been a big focus for Trump and DeVos. At the center of that push is the idea of “school choice,” or the policy of directing public money toward education options beyond traditional public schools — for instance, charter or private schools.

Critics question the funneling of public money into private institutions. And they worry about discrimination in charter school admissions and what it means for the separation of church and state if public money goes into the coffers of private religious schools.

Trump, however, has framed school choice policies, which include programs such as voucher systems and tax credit scholarships, as providing disadvantaged students with more flexibility in the schools they can attend. In his State of the Union address last year, he said it was a way “to help support working parents.”

The “school choice” push has been paired with repeated calls to cut spending on public schooling. Trump’s fiscal year 2018 budget proposal would’ve reduced discretionary funding for the Department of Education by 13.5%, while adding $168 million for charter schools and $250 million for a new private school choice program. It also called for the elimination or reduction of over 20 programs, and cut $1.2 billion in summer programs and before- and after-school programs. (The $1.3 trillion “omnibus” spending bill that Congress ultimately approved largely ignored Trump’s proposed budget.)

This trend has continued throughout Trump’s presidency, with budget plans consistently aiming to cut billions from the education budget while proposing increases to “school choice” and private scholarship programs.

Beyond education policy itself, Trump has turned schools into battlegrounds for other debates. This includes calling for teachers to be armed against school shootings; reopening an investigation into campus anti-Semitism that some student activists saw as a politicized cudgel against criticism of Israel; and lifting Obama-era guidelines that had encouraged the use of race in admissions decisions and allowed transgender students to use bathrooms and locker rooms matching their gender identity.