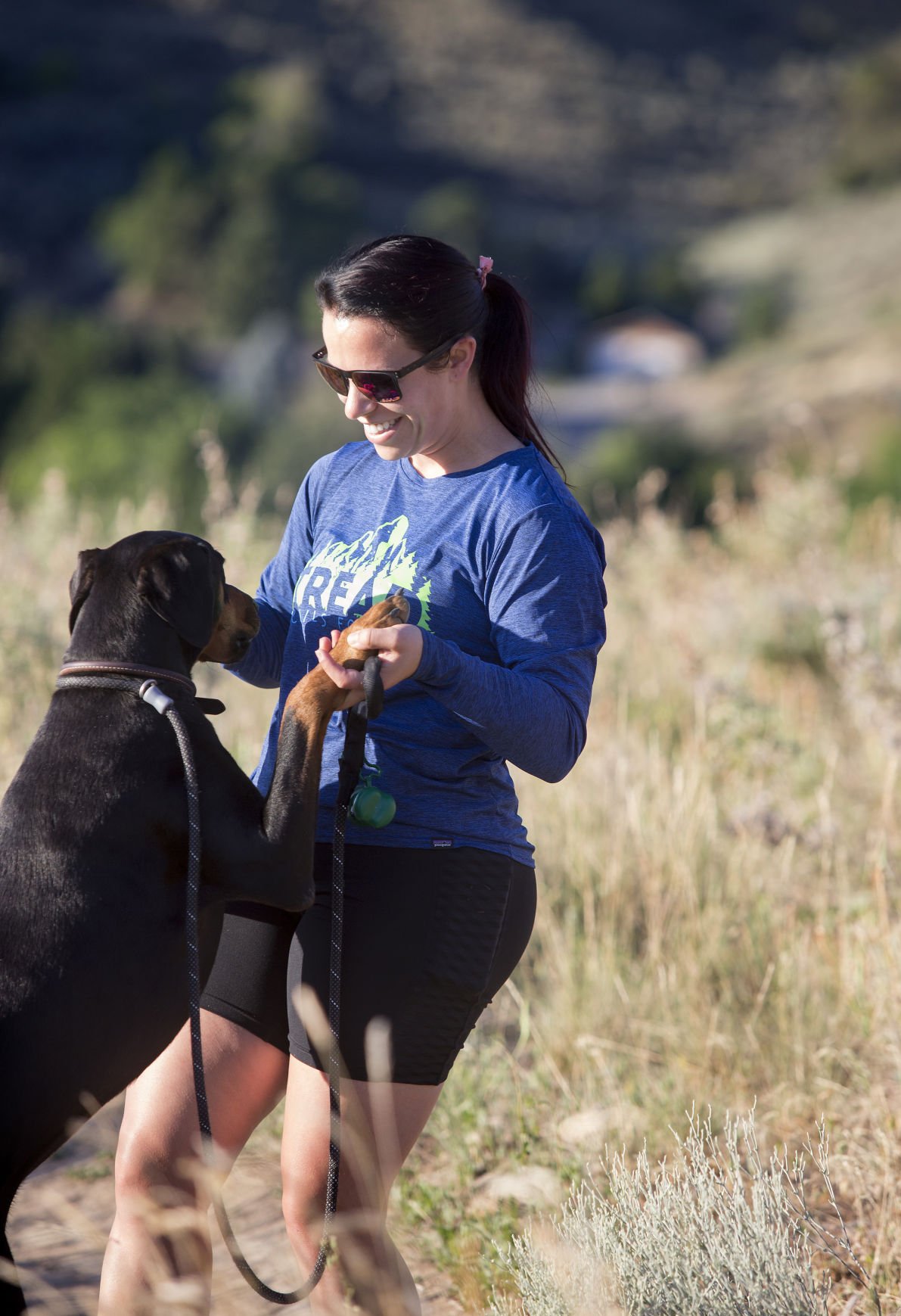 Alix Whitener stops on a Wenatchee Foothills Trail with her dog, Remi. She balances her work as a research and technical services manager with a passion for running on the local trails. She is a board member of Wenatchee Valley Trails, Recreation, Education, Advocacy and Development. 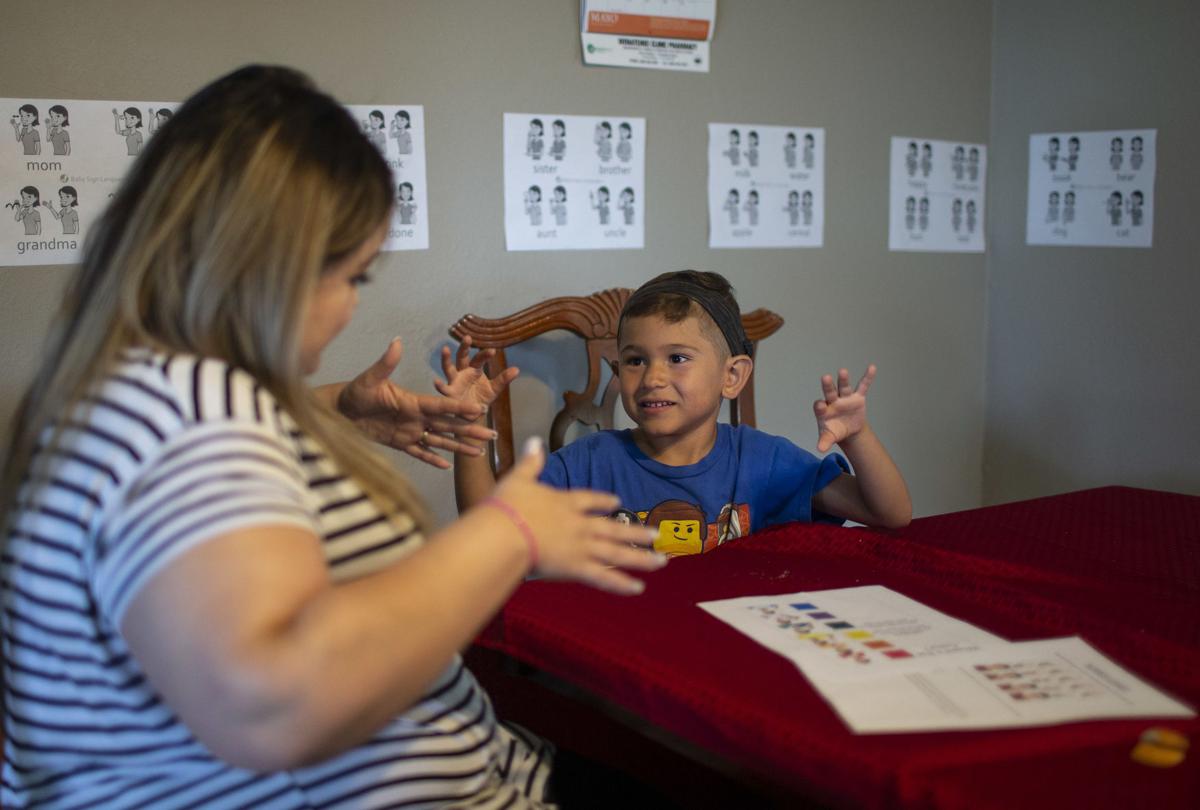 Alix Whitener stops on a Wenatchee Foothills Trail with her dog, Remi. She balances her work as a research and technical services manager with a passion for running on the local trails. She is a board member of Wenatchee Valley Trails, Recreation, Education, Advocacy and Development.

WENATCHEE — An assistant principal, an engineer, a wildlife specialist and a data analyst — this year’s 30 Under 35 class of young professionals come from myriad industries and backgrounds.

They were each nominated by someone in their lives and selected based on their dedication to their jobs and communities.

The full list of this year’s honorees, including career information, can be found in the August issue of Wenatchee Valley Business World , but what about their time outside of the office? How do they balance their work lives with their hobbies, families and passions?

Alex Whitener, a research manager with a chemical company, first discovered how difficult that balance can be while she was pursuing an entomology Ph.D in graduate school, she said.

She’d always loved the outdoors and had been an athlete in her undergrad years, but suddenly found she didn’t have the time to hike or run like she used to.

“When I got into graduate school, I kind of lost touch with those things. Part of it is you just get busy and you get very focused on your education because it can be very consuming,” she said. “… About halfway through grad school I was like ‘I can’t keep doing it this way, I need to have better balance.’”

That’s when she discovered trail running and she’s been doing it ever since. Now she tries to put in 10 to 25 miles per week, as well as doing crossfit and backpacking on the weekends, Whitener said.

“I’m on the road, looking at trials, seeing how the research is going, taking photos as they progress and that’s all very seasonal,” she said. “Then in the winter I spend the travel time going to conferences, sharing results of experiments and learning about things outside of entomology but still inside agriculture.”

That gives Whitener a lot of opportunities to discover new running locations, she said.

“When I started this job, with how much travel I do, I’ve had some opportunities to explore trails on the way to some of the experiments I look at,” she said.

It was about a month after Emilio was born that his mother, Alyssa Martinez-Garcia, found out he was deaf.

“We were presented with a couple options. Either leave him as is and immerse him completely in ASL and the deaf culture, and then they introduced us to cochlear implants,” she said.

Their family decided that the implants would give Emilio, who’s now 5 years old, the most benefits going forward.

“For our family, we felt it was the right decision. There were moments afterward where I was like ‘Did we really do the right thing?’ Because small little sounds will startle him or it’ll just be too much and he’ll take them off because he’s frustrated,” she said. “But now his language is taking off and he’s talking.”

Along with improving his language skills, the family is learning American Sign Language together. Now Martinez-Garcia, who’s the deputy director of the YWCA, spends time most evenings practicing signing with Emilio.

“His dad’s first language is Spanish, mine is English and now we’ve got signing mixed in there so I think it’s great,” she said. “If it does end up being (trilingual) it’ll be great for him.”

They’ve spent free time taking classes in the community and have there’s a wealth of information for the deaf community in NCW, Martinez-Garcia said.

“There are so many local resources for families. We’ve had people come to our home to teach us sign, and they’ve given us books and CDs and resources so we’ve really been able to grasp that,” she said. “We’re still not fluent because our focus has been so verbal and auditory for him, he knows but the basic signs and the things that he can use to supplement.”

In the winter, the hours would be manageable. But in the summer Cody Haag might spend 100 hours a week doing logistics work for Blue Bird Inc.

That left little time for much else, he said. But Haag just got a new job at Confluence Health, which will allow him to spend more time doing what he loves — riding his Yamaha R6 motorcycle 170 mph around a race track.

“My job, unfortunately, during cherry, apple and pear harvest, kept me from going more than once in the spring and once in the fall,” he said. “But I’m hoping with this new job I can go more consistently … Before, working all those hours a week in agriculture, it was hard to balance. ”

Haag usually takes his bike to Portland International Raceway, where racing classes are open to the public. It can be an intense experience, he said.

“You have to be on your game and very defensive,” Haag said. “You have to make sure you make the right decision because you don’t have a lot of time to correct if you didn’t.”

But Haag doesn’t limit his ride time to just the track; it’s also his daily driver, he said.

“I’ve got the ability to disassemble it; it takes me a few hours to set it up for the racetrack and then I put it back for street use,” he said. “I prefer being on the bike in any scenario; it’s freedom.”

Editor’s note: A version of this story first published in the August issue of Wenatchee Valley Business World.

Editor’s note: A version of this story first published in the August issue of Wenatchee Valley Business World.

'Terrible and disgusting': Decision to close National Archives at Seattle a blow to tribes, historians in 4 states