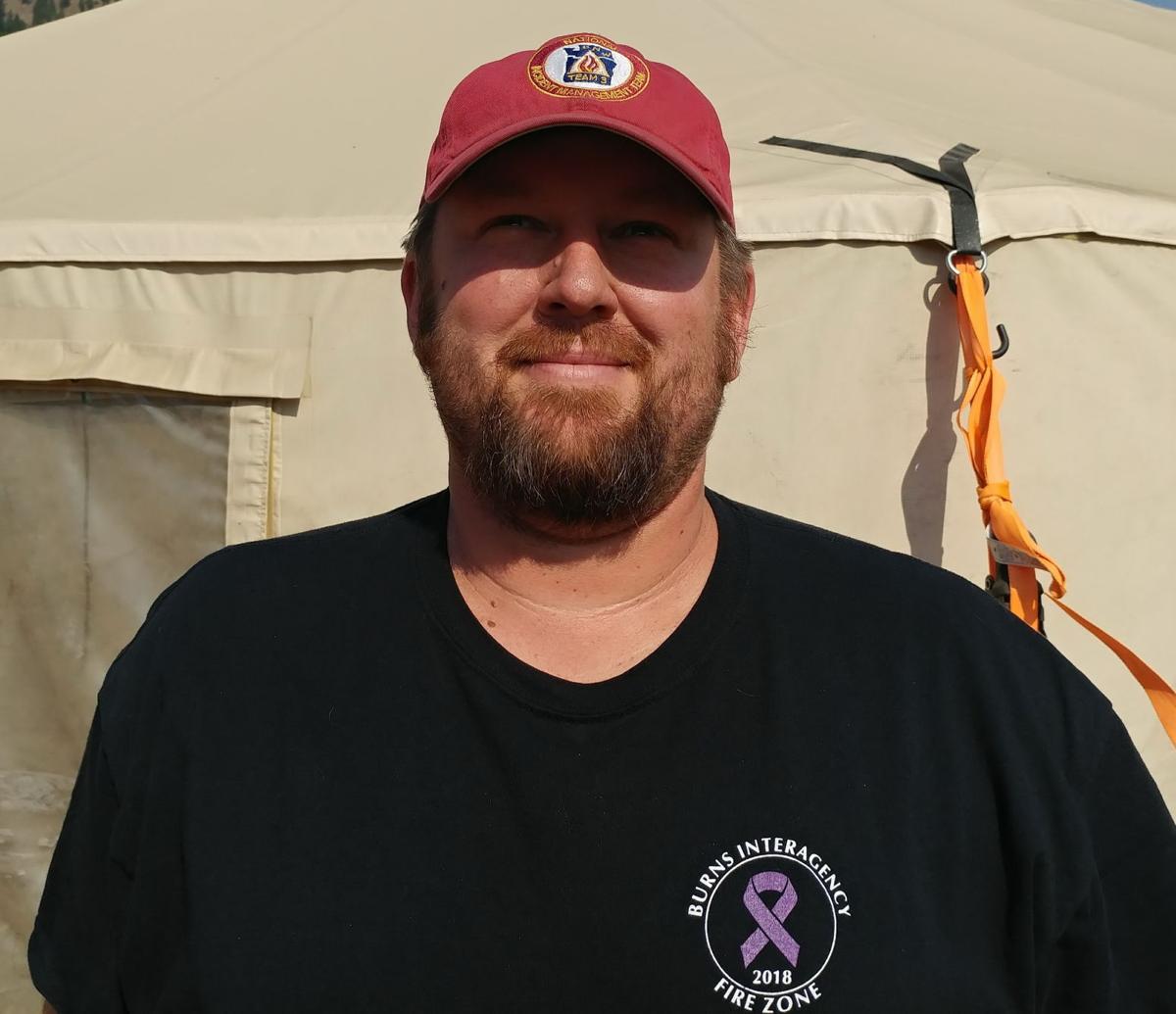 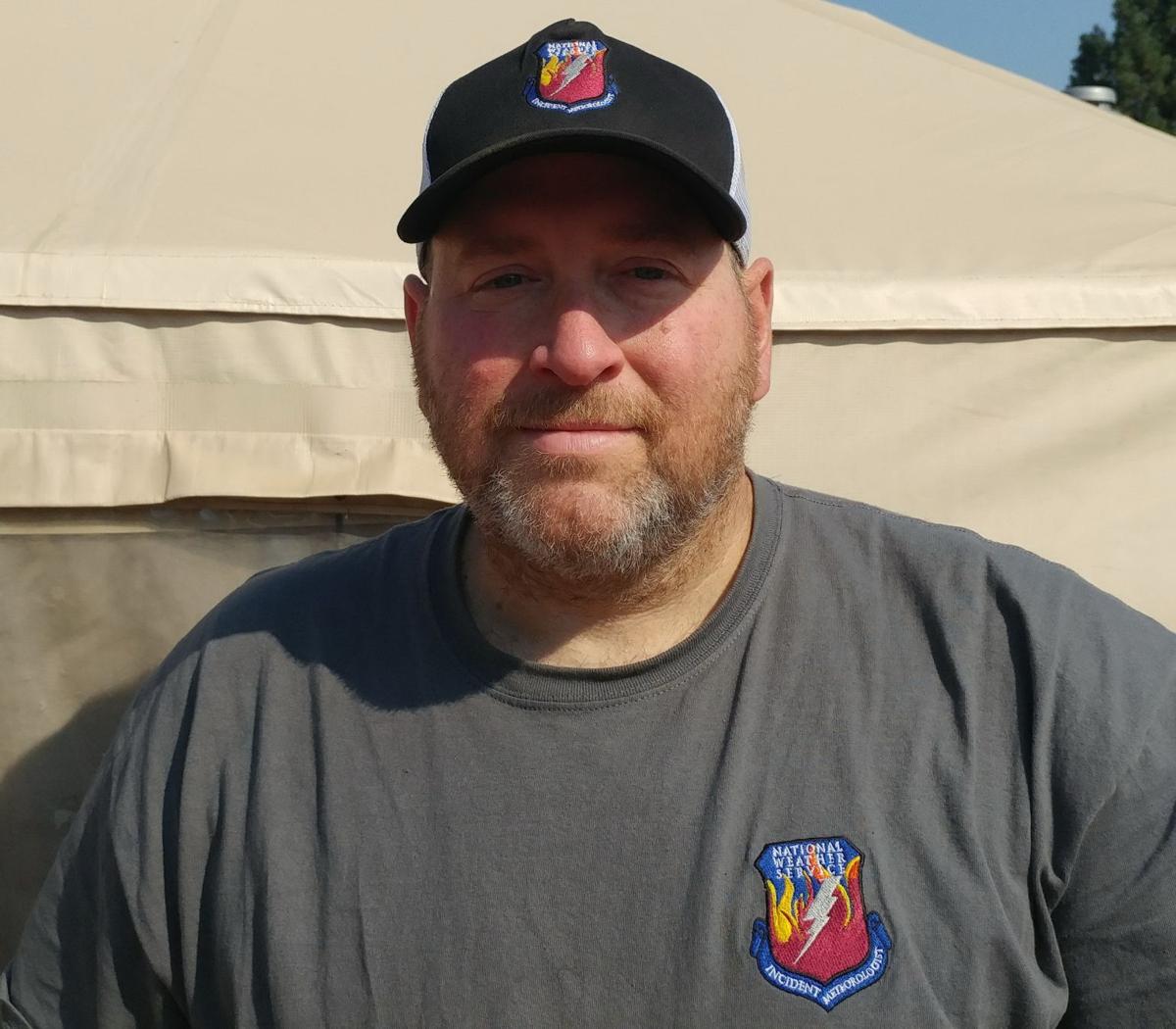 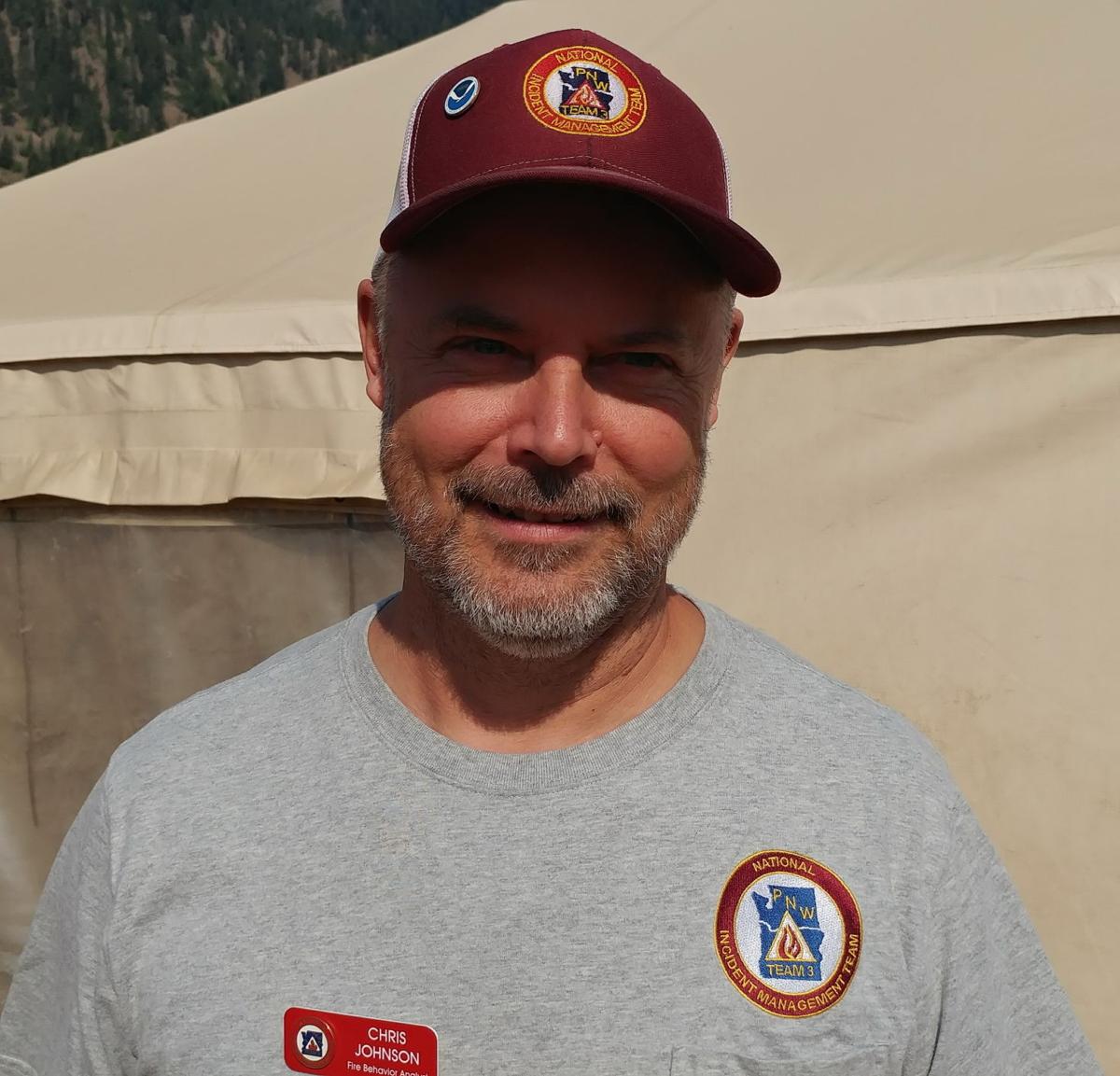 LEAVENWORTH — Every morning, officials on the Cougar Creek Fire are issued a lengthy document called an Incident Action Plan that details the day’s operations. A former spokesman on the fire referred to it as their “Bible.”

Included are weather forecasts and fire behavior predictions — critical intelligence for crews on the fireline.

Aiding the crews on the firelines and the managers developing strategies are fire behavior analysts, a small group of long-time wildland firefighters who forecast the fire’s next move.

“The information we provide to the team and the firefighters is to help keep them safe and help us keep the community safe, that’s number one,” said Fire Behavior Analyst Chris Johnson. “Number two, we want to provide input to operations to help advise on their strategies and tactics.”

Fire behavior is a function of fuels, weather and topography, and their forecasts are made with a mix experience, computer models and by looking at “What happened yesterday and what’s different today,” Johnson said.

Fuels in the Cougar Creek Fire are a mix of burned and unburned timbers left from the 1994 Tyee Fire that torched 135,000 acres.

“(Fire) gets in there and it stays in there for a long time because it burns, those large logs they burn and burn and burn, and they keep spreading log to log,” Johnson said.

Outside of the burn scar, Fire Behavior Analyst Trainee Tim Boyce said the fuel type “transitions out of that high severity fire down into either some unburned chir (pine) timber with understory or portions where the Tyee Fire backed and didn’t burn as hot, so a lot of that vegetation stayed intact.”

Weather provides the most unpredictability for forecasters and crews, Johnson said, which is why analysts work in tandem with meteorologists who put the landscape under a microscope.

“We work hard to help them understand why (what) they see out there may be happening and then try and project what they may see tomorrow and how that may be different because change is the biggest challenge for firefighters to anticipate,” said incident meteorologist Dan Borsum.

And the forecasts aren’t made just for the footprint of the fire, they’re made for everything in between.

“One thing that’s very critical though is we’re looking at this thing 200 yards by 200 yards,” Borsum said. “You know, each piece of earth is unique in its qualities related to topography and its exposure to weather.”

On a small scale, topography and weather are intertwined.

“This is very steep, rugged and varied terrain, and while we may predict a west wind as that hits the terrain it gets modified and you could end up with an east wind in a certain area,” Johnson said.

Crews might have a strategy to work a fire moving up an east facing slope, but weather conditions can change once it burns over the top and begins spreading down the west slope.

“The winds on that slope are going to be timed differently because winds in a localized landscape tend to go up slope about a couple hours after they’ve received their peak sunning,” Borsum said.

Knowing this, the meteorologists can essentially personalize a forecast for a small, specific area, giving crews information, if needed, on when to expect winds to push up or down a slope.

“...that is a safety thing, but it also is a tool that they can try and shepherd the fire in a certain way based on some of the predictable characteristics that come with the alignment of the topography and the prevailing weather patterns,” Borsum said.

On the Cougar Creek Fire, winds tend to push flames down the Entiat River Drainage.

“Fires love to move from the northwest to the southeast in this country,” Johnson said. “It’s the prevailing direction, not that they won’t go other directions, but that’s a very common spread direction.”

Johnson prefers the wind at the firefighters’ backs. This allows crews to burn firelines and destroy un-charred fuels in a controlled fashion — all while the embers drift back into the fire, rather than dry grass or timber.

With the data from the fire behavior analysts, crews can know when to expect how long they’ll feel favorable gusts.