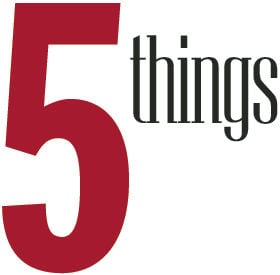 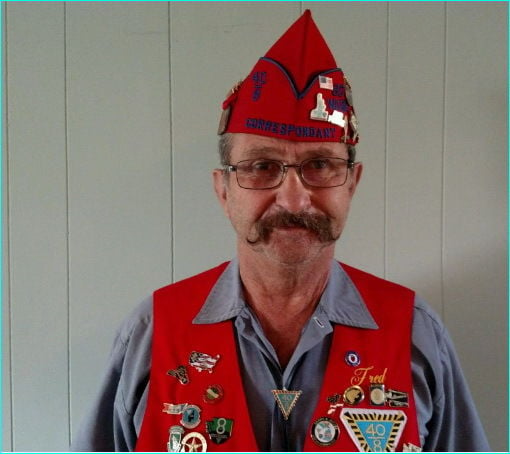 My name is Fred Willsey and I am a veteran who is a member of the organization called the 40 & 8. I was born and raised here in Wenatchee. The 40 & 8, is a giving and caring group of U.S. veterans. There is a very deep bond between members. They are there for each other 24/7 to help in any way they can. It's a good bunch of veterans.

1. The 40 & 8 draws its origin from World War I when we had a couple million young Americans in France to end all wars, and about the first thing they ran into was a droll bit of French humor known as a voiture or boxcar. The narrow- gauge railroads of France had boxcars that carried little more than half the capacity of American boxcars and these were used to transport soldiers and horses to and from the fighting fronts. It was funny to see 40 full-sized Americans, padded out with full packs and rifles, riding in those pint sized boxcars. The boxcars held only eight horses. It was so miserable in one of those boxcars that the men in them had to laugh to keep from crying, and when they started laughing at their own tough situation, they weren't so miserable anymore. When they returned home the laugh was still on them because it was funny to see them trying to fit themselves in civilian clothes with meager amount of discharge pay. Right after the American Legion was formed in 1919, the 40 & 8 was formed. The name is La Société des Quarante Hommes et Huit Chevaux, or, The Society of Forty Men and Eight Horses.

2. The local voiture (boxcar) here in Wenatchee was chartered in 1920. The same year that the national group was started in Allentown, Pennsylvania.

3. The 40 & 8 is worldwide and donates to various programs. Those include helping people with Hansen's disease. The group also supports a child welfare program and a program to educate children about America.

4. The group also raises funds in honor of the servicemen and women who were prisoners of war. Scholarships are limited to the veteran, children, grandchildren and great-grandchildren.

5. The local group is very serious about The Nurses Training Scholarship funding program. This program has been in place since 1955. This year we will be awarding eight $750 Scholarships to second-year student nurses at Wenatchee Valley college on Oct. 20 at 6 p.m. at the Local American Legion Post. If you wish to attend, please sign up before Oct. 15 at the American Legion Post, 208 N. Wenatchee Ave. The cost for a prime-rib dinner is $10 per person. The recipients tell interesting stories of what inspires them to become nurses. It will be a good time as we plan on having some of the higher-ranking officers from the state there.