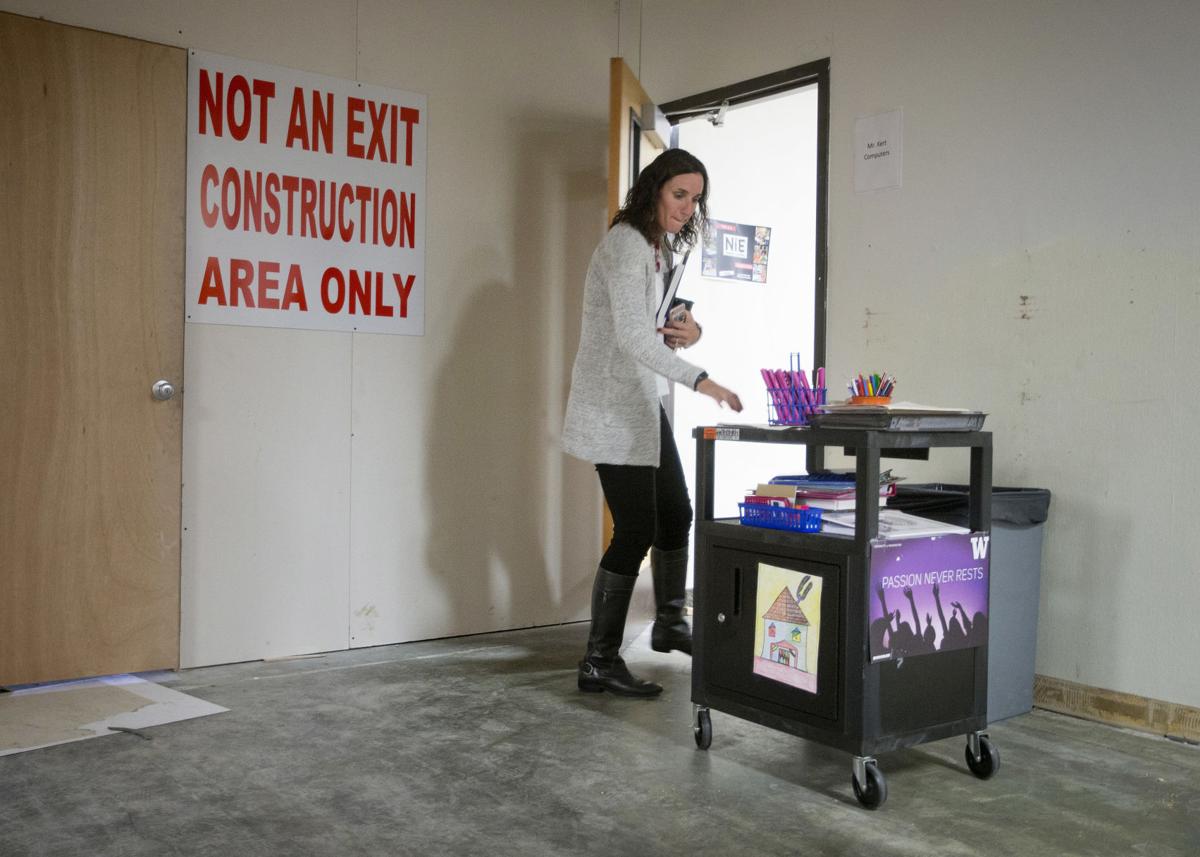 Cashmere High School math teacher Megan Carlson travels between classrooms with her portable cart in October 2018, during the school remodel. 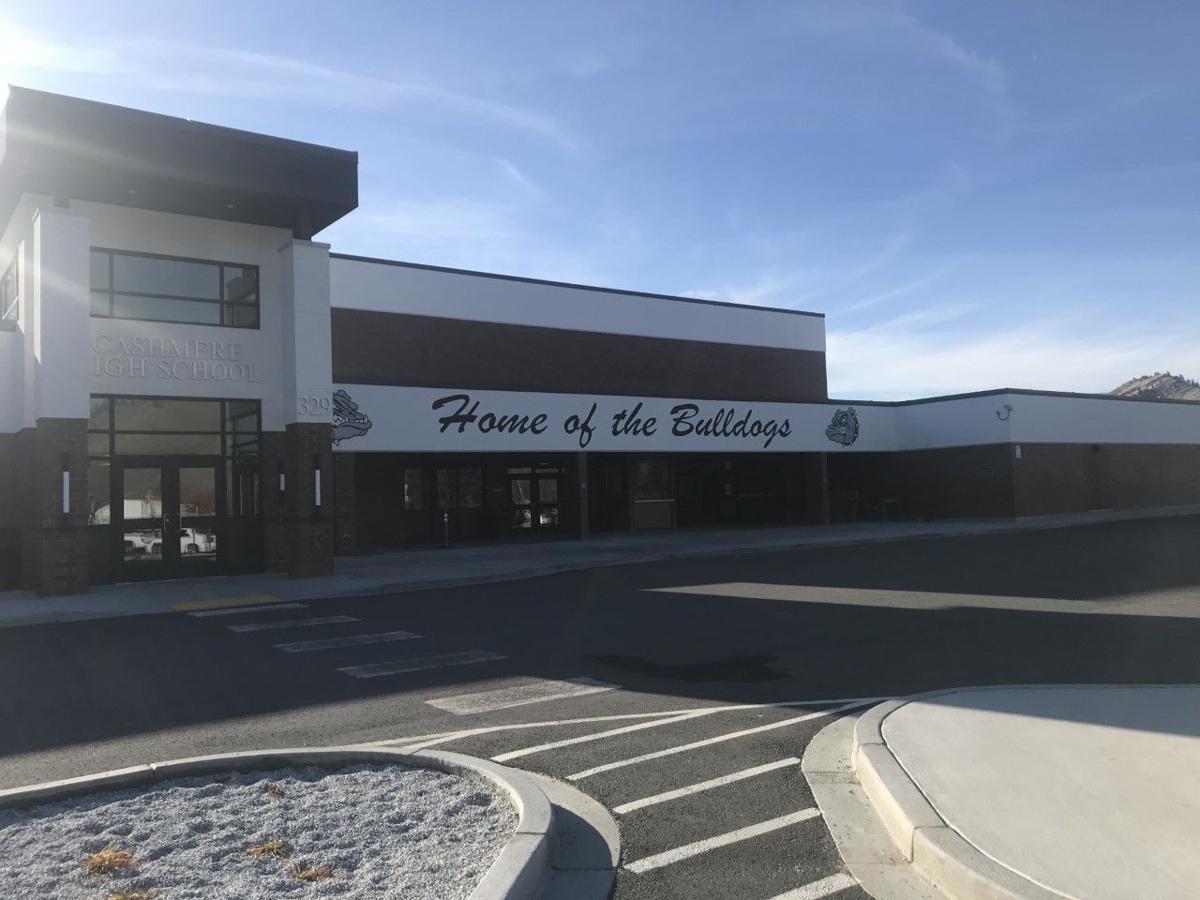 Cashmere High School math teacher Megan Carlson travels between classrooms with her portable cart in October 2018, during the school remodel.

Built in 1981, the building’s bones remain — but everything else has been upgraded and modernized after the recently completed two-year construction project.

The community is invited to check it out Monday at a grand opening celebration that starts at 7 p.m. The evening will include a short program, tours and refreshments.

The project got started in 2017 with the construction of a four-classroom block and then moved to the remodel of the existing facility. In addition to paint, flooring and a new entrance, the project updated all the behind-the-scenes pieces, including mechanical, electrical, plumbing, heating and air conditioning systems, along with technology upgrades and a host of security improvements and more than 100 security cameras.

“I lost a few more hairs in the process,” Cashmere High School Principal Tony Boyle said of the project, which required students and teachers to shift classroom spaces as the work progressed. “But it was worth it. It’s gorgeous. Every teacher has their space, all the equipment is up and running. It’s absolutely wonderful.”

For alumni who haven’t been paying attention, the most noticeable change is likely the relocation of the school office, which previously was in the center of the school, Boyle said.

The project was funded with a mix of local funds from a $12.42 million bond approved by voters in April 2016 and another $12.2 million in state matching funds the district received for the modernization project. The total project also included construction of six new classrooms at Vale Elementary School, which were completed before the high school project got underway.

“While a number of factors go into the state match formula (square footage, enrollment, etc.), we really benefited because we were 're-investing' in a 35-year-old building that was eligible for full match for the modernization rather than the construction of a new high school," he said. "Our goal was to reinvest in the high school so we could get another 35 years of service for our students, staff and community!”

He also praises staff, students and teachers for their resilience.

“We went through six or seven phases and staff had to move multiple times,” he said.

He believes the district lived up to what it promised when it put the issue to voters in 2016.

Fowler Construction, the general contractor on the project, is still working through a punch list of detail work items, but everything else is finished. When school started in September, the shops, gym and locker rooms were still a work in progress.

Last year, students and staff made do without air conditioning and were using portable classrooms extensively, along with making trips to the junior high school for band and choir.

Students and staff also dealt with a couple of broken pipe incidents and felt the effects of a torrential rain storm.

All that is now in the past, Boyle said.

“It’s worked out. Now those things are just fond memories,” he said.