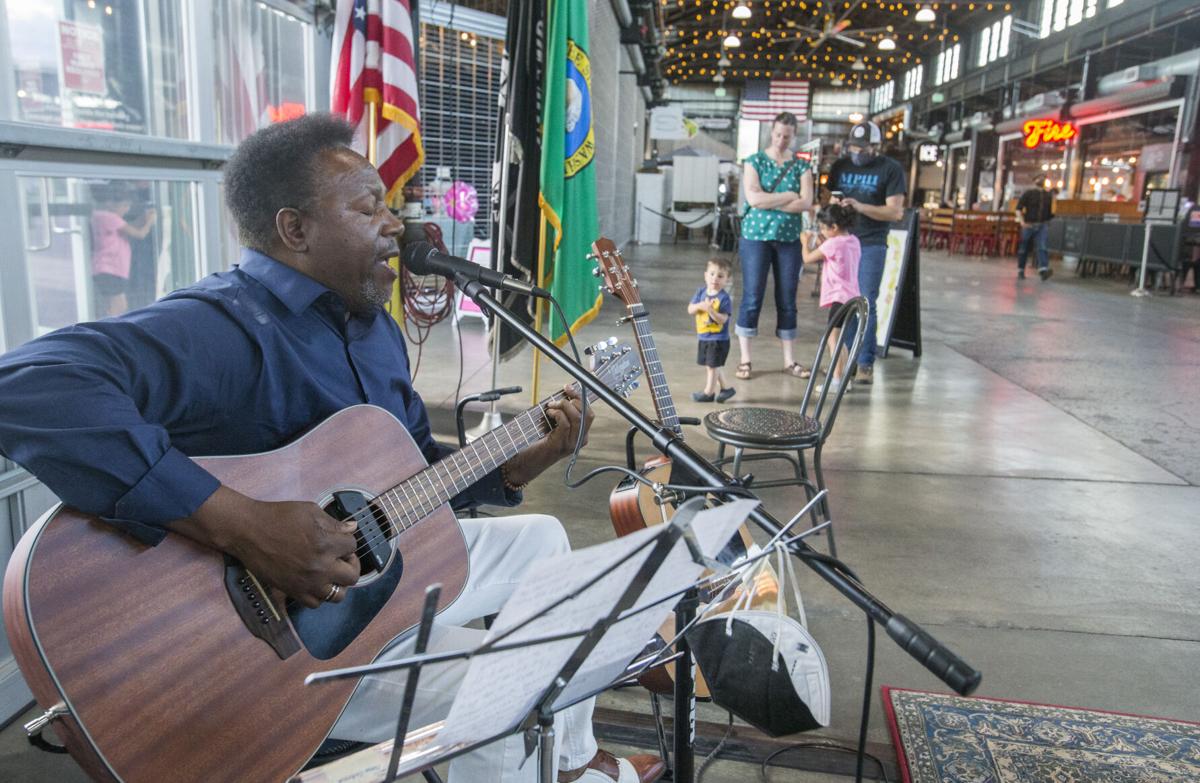 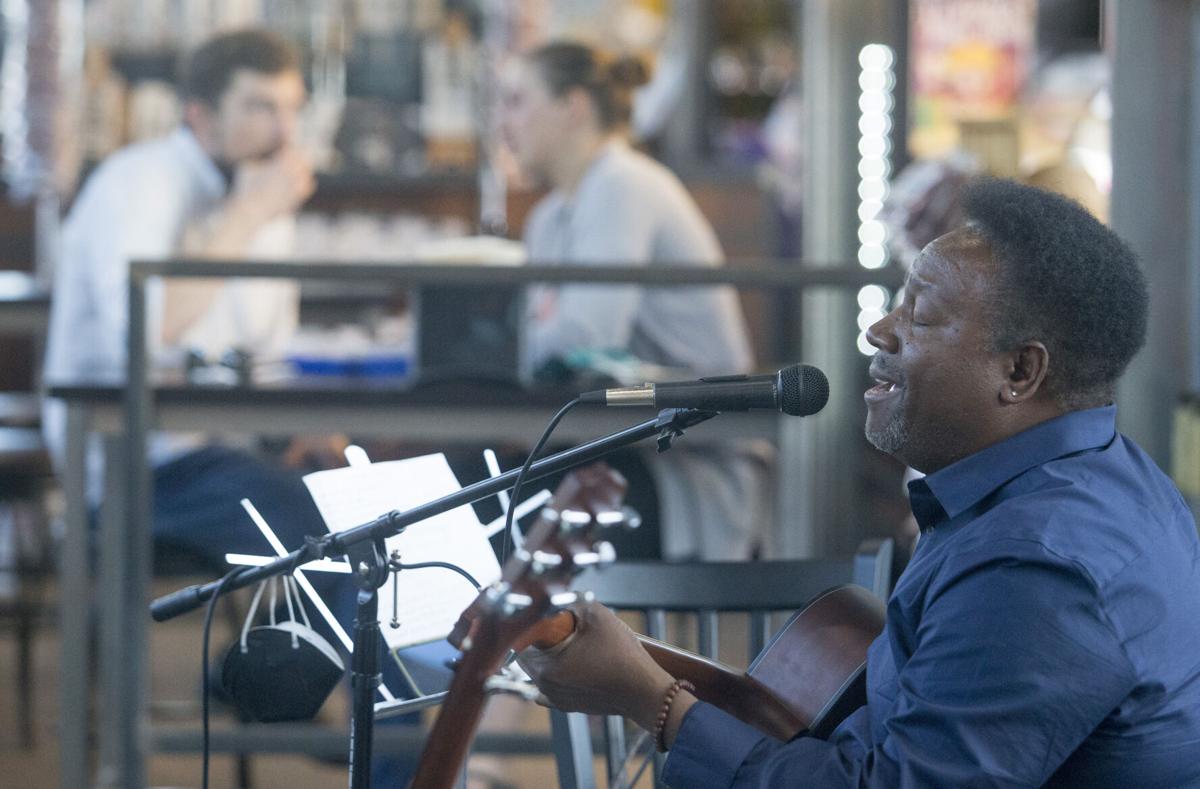 Darnell Scott performs at Pybus Public Market last month. Opportunities to take in performance are expected to increase as the summer unfolds.

Darnell Scott performs at Pybus Public Market last month. Opportunities to take in performance are expected to increase as the summer unfolds.

WENATCHEE — A stir-crazy post-vaccination rush may be on the horizon as venues in the Wenatchee Valley expect a surge in visitors.

The increase would be good news for many North Central Washington musicians who now have a chance to book shows throughout the summer after limited opportunities in 2020.

People have been craving community interaction, said Don Wood, owner of Icicle Ridge Winery. The winery has two Leavenworth locations visitors can stop at, as well as a vineyard and outdoor venue located in Peshastin. Their yearly live music series is set to start Fridays in July and go through August.

Outdoor venues are going to get a lot of attention and be popular this summer, he said. People feel a bit more safe in an outdoor environment.

Live music shows at the winery had to be canceled last summer due to COVID-19 and now all those musicians are very excited to be coming back, he said.

“We believe that the foot traffic in Leavenworth is going to be as strong as ever, maybe even stronger,” he said. The increase in visitors to Leavenworth has been driving more people to the winery. Wood said he is looking forward to welcoming lots of people, “it’s going to be great.”

The same goes for Plain Cellars, which has filled up its summer music schedule.

People are “without question” pent up and want to get back to normal, said Bob Sage, owner and winemaker at Plain Cellars.

Plain Cellars runs a tasting room in Leavenworth during the week and opens its venue space in Plain on weekends.

Last summer was so busy “it was nuts,” he said. The winery made more revenue in 2020 than it did in 2019, even accounting for a three-month closure.

Plain Cellars this year has brought in a food truck, A Taste Plain, to cater at events. Behind the winery is a field with a “bring your own chairs” area for people to enjoy the wine and music, he said.

There is very much a demand for people to get out and enjoy themselves, he said.

Music artists are also starting to get booked for summer gigs as more and more venues open and prepare for the season.

“It’s all coming back around again,” said Darnell Scott, a Wenatchee blues singer and guitarist. “Things are starting to get back to normal.”

Scott plays solo and with a band across North Central Washington. He’s feeling pretty optimistic about live music this summer. “Things are changing,” he said. “Right now, it’s changed for the better.”

There are larger crowds than before because many are starved to get out, he said. People want music and they want to be entertained.

Leavenworth music artist Hans Hessburg still has a little bit more waiting to do before the band he is in, Dragged Under, can start playing at events. Until then, Hessburg is playing solo in the Wenatchee Valley.

Seattle-based Dragged Under was set to tour nationally in 2020 until COVID-19 pushed the dates out to 2022. Shows and previous plans for the band have all been pushed back, he said.

Being sidelined for a year from the live music scene “has been kind of a ‘blurse’ … a blessing and a course,” he said. Being off the road and out of work was bad, but it has also been great to hunker down and write a second album, he said.

Dragged Under is scheduled to start touring in August and September. “We’re pretty stoked, he said.” It has been more than a year since playing on a stage together.

“If a giant meteor doesn’t hit, then we’re set,” he said.