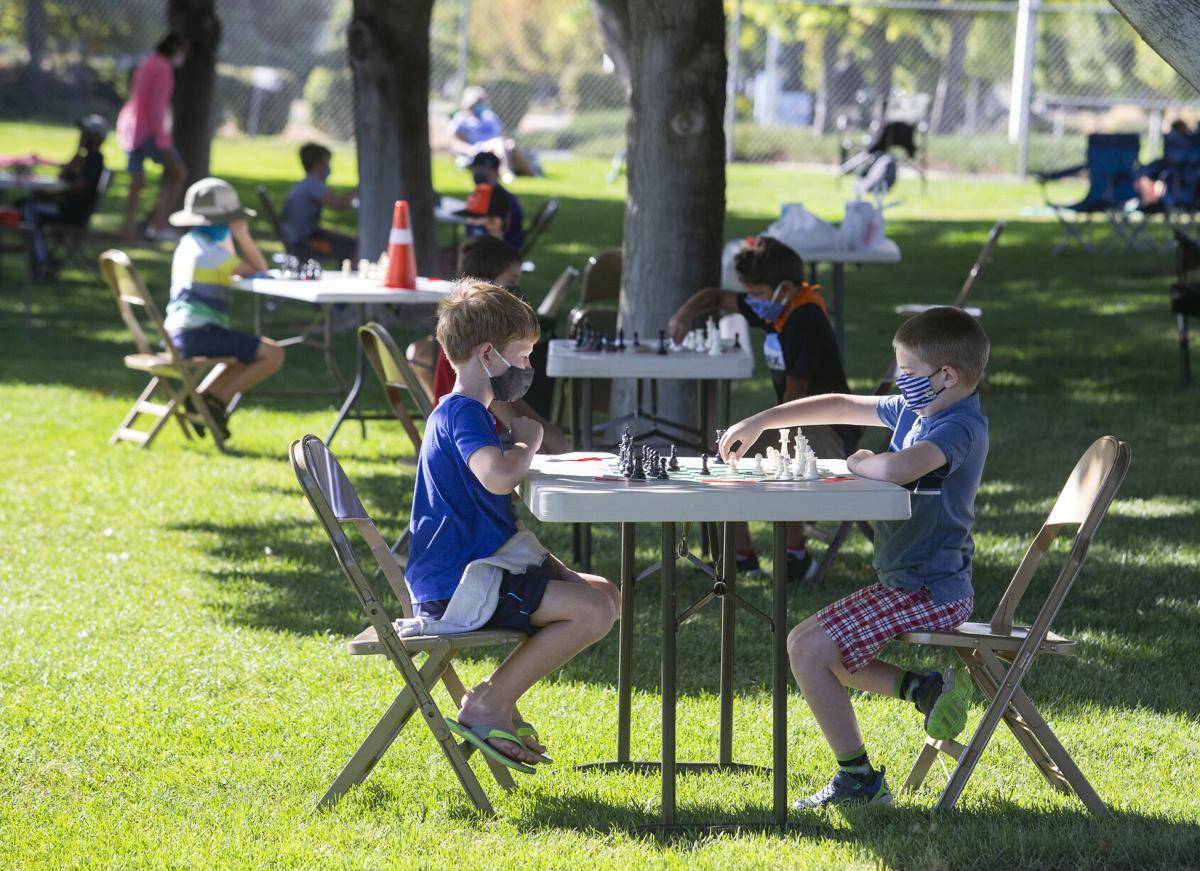 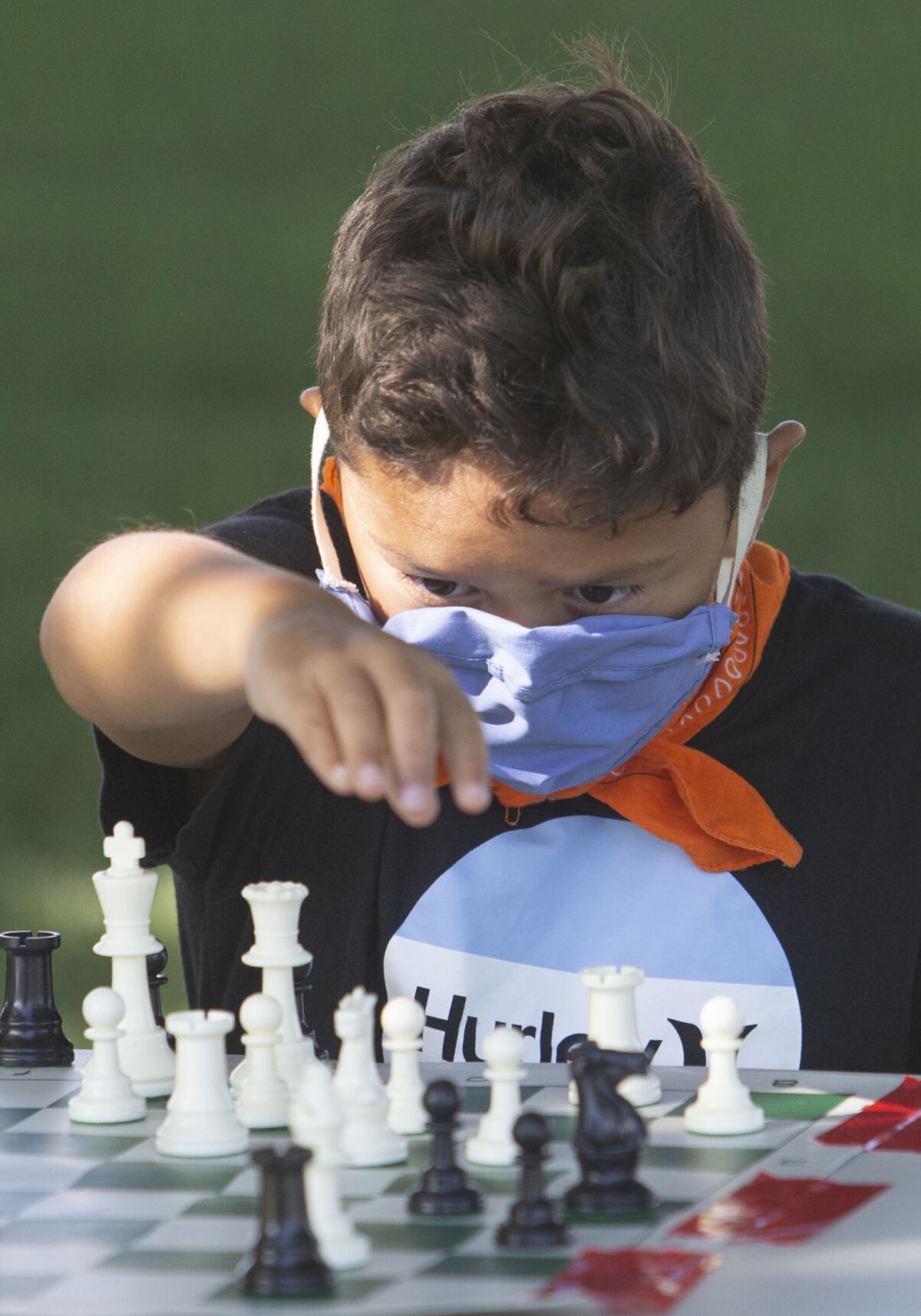 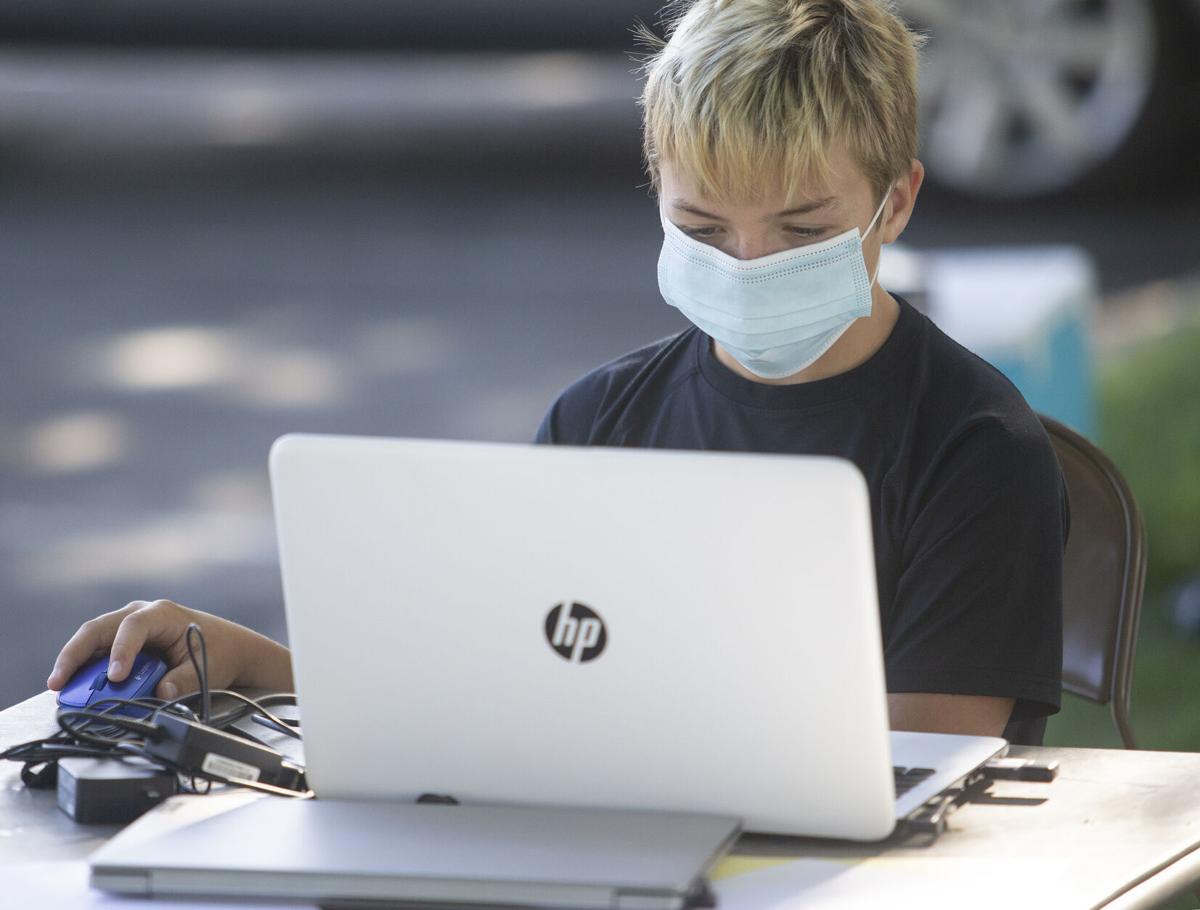 Levi McCreary, 13, of Wenatchee plays an opponent on a computer.

Levi McCreary, 13, of Wenatchee plays an opponent on a computer.

WENATCHEE — Headed into the fifth and final match of the 2020 Wenatchee Valley Youth Chess Tournament, Liam Schmidt and Davyn Pugmire were undefeated.

Though both had secured first place in their respective divisions — 6 to 8 for Liam and kindergarten to second for Davyn — this match would decide a hypothetical overall winner.

Here’s how it went, according to 8-year-old Davyn:

It happened that fast...

The tournament was originally scheduled for March, but fell victim to mass event cancellations due to COVID-19 concerns, said club founder Keith Madsen.

Saturday was the first time club members have played in-person during the pandemic. Each player donned a mask and tables were spaced more than six feet apart in an effort to abide by social distancing guidelines. The tables and chess pieces were sanitized between matches.

“Considering that this is the first time we’ve done anything like this — face-to-face for the most part and using social distancing — I think it’s been fine,” Madsen said when asked how he thought the tournament was going.

He added, “We haven’t had any big issues. A couple kids will get too close and we’ll get them separated.”

“Some of our chess players don’t like to play remotely — they like to play face-to-face,” Madsen said. “But some of them actually prefer the remote chess, so it kind of goes both ways.”

Each way has its benefits.

“Well, one advantage is if you’re face-to-face and the coaches aren’t watching you, the arguments over who moved where,” Madsen said. “You can’t have that on remote because it’s obvious. It’s recorded on a computer. And of course, the other advantage is that it’s safer because of COVID.”