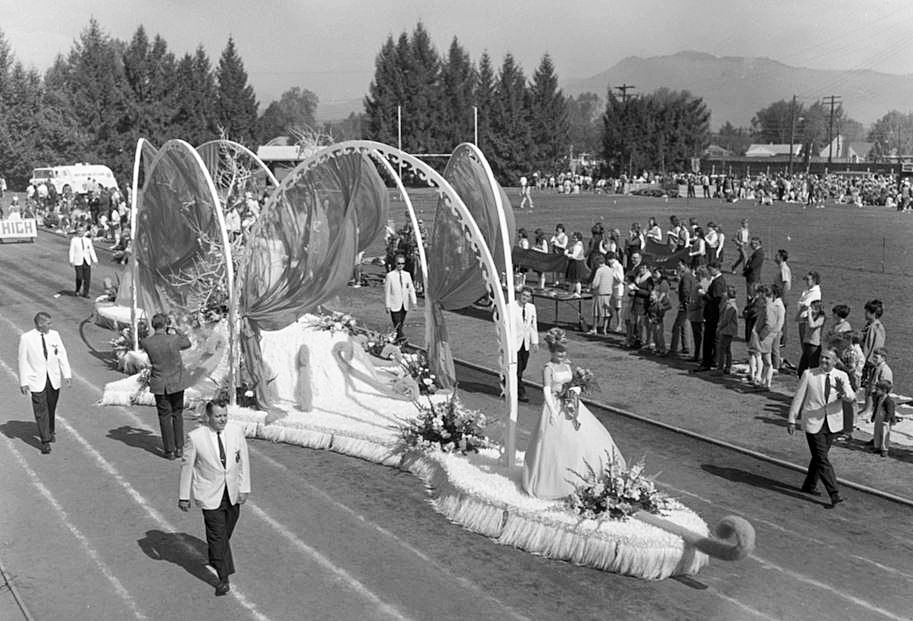 The 1968 Apple Blossom Festival float is seen here with Queen Gail Ross and princesses Kathy Murren and Rosemary Kells. The theme was "The Look of Love." 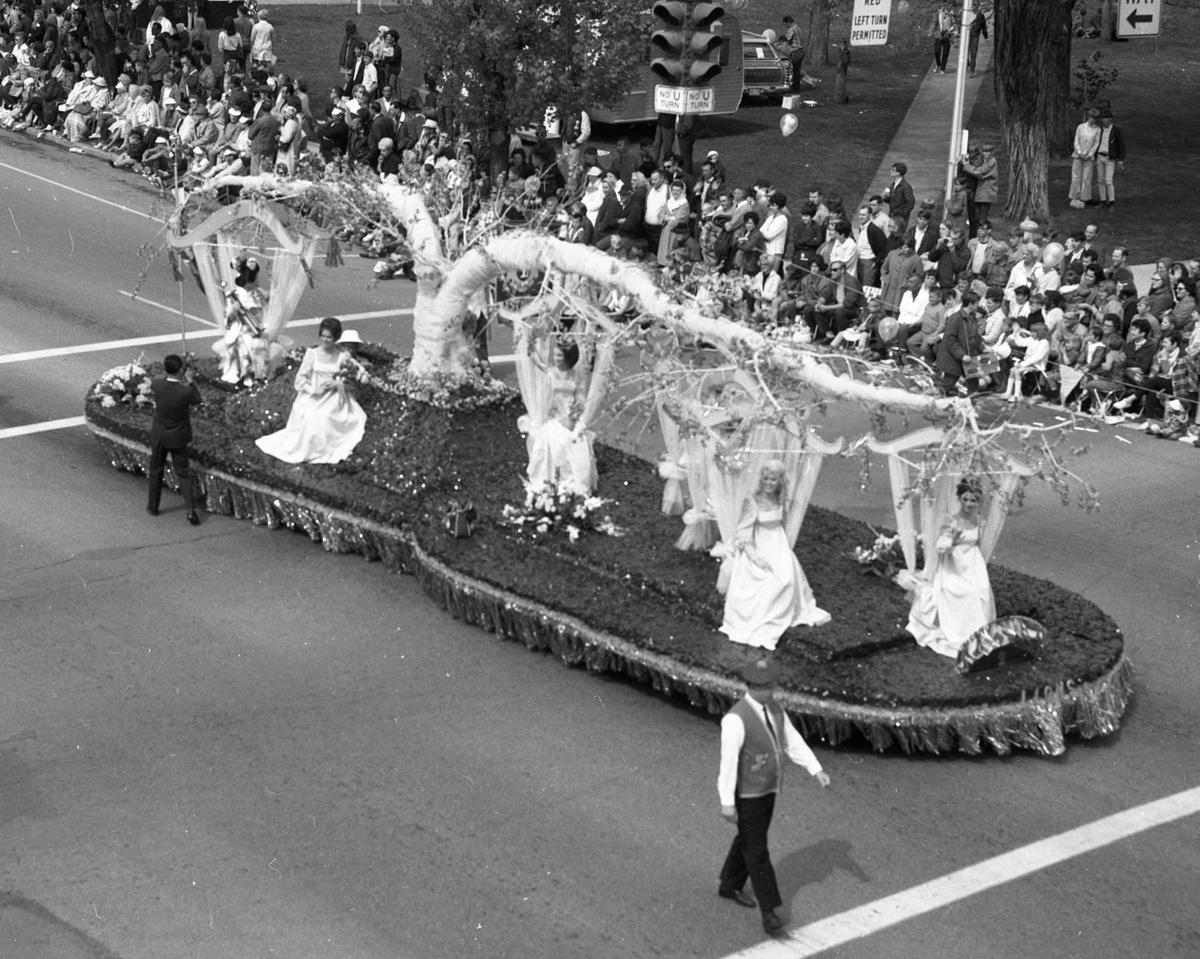 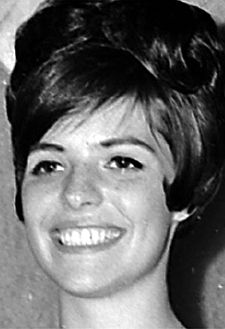 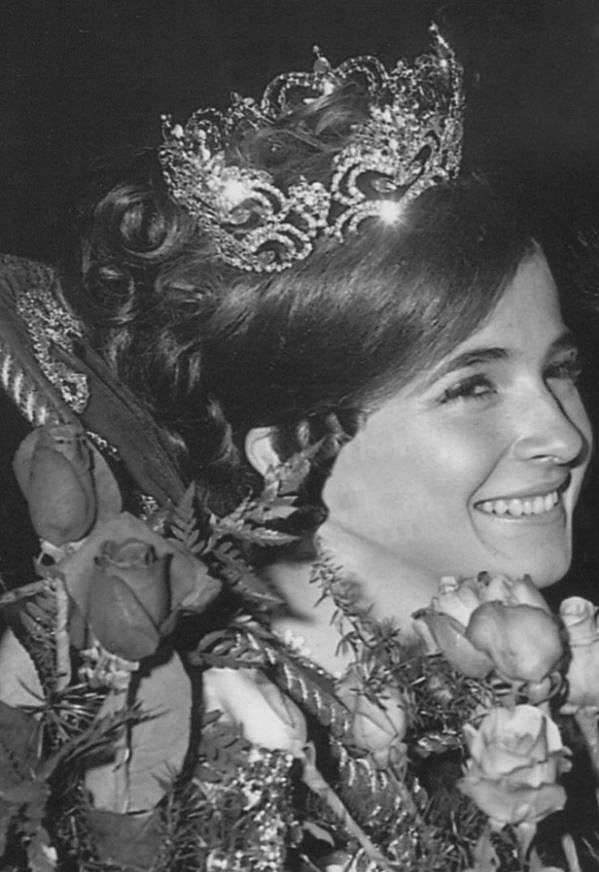 The 1968 Apple Blossom Festival float is seen here with Queen Gail Ross and princesses Kathy Murren and Rosemary Kells. The theme was "The Look of Love."

♦ Blue Bird Royalty were Queen Becky Milner and princesses Kelli McKnight and Julie Gellatly. The trio rode upon the Kiwanis float during the grand parade.

♦ Queen Gail and her princesses appeared on the Seattle-based J.P. Patches children's TV show. They performed a skit on the show, and Queen Gail presented that year's Apple Blossom Festival pin to the show's star.

♦ The Jerry Gray Band, with a Glenn Miller big band sound, was the featured entertainment for the queen's ball at Pioneer Junior High School gym. Also performing were the American Addition, a five-member folk group from Wenatchee High School, and the Orchard Junior High School stage band under the direction of Robert Yetter. Paul Pugh was chairman of the event.

♦ The annual festival dance, staged for the first time by the Children's Foundation Guild I, featured a large Maypole in the center of the Cascadian Hotel's ballroom.

♦ Exotic island foods were flown in from Hawaii for the First Niter Champagne Luau, sponsored by Music Theatre of Wenatchee. The event preceded the premiere of "South Pacific," this year's festival musical. Mary Hughes and Dr. Al Stojowski were in the leading roles.

♦ The 50th Golden Anniversary Apple Blossom Festival was held May 1-4.

♦ Queen Linda shared the limelight with Yumiko Takenaka, queen of the Aomori (Japan) Apple Blossom Festival. A delegation from Aomori came to Wenatchee for the festival to reciprocate a 1967 visit by Queen Patty Scaman and a delegation who traveled to Japan for Aomori's celebration.

♦ Music Theatre of Wenatchee presented "Oklahoma!" as its festival production. Among the cast were Richard Lapo, Virginia Sage, Peggy Anderson and Arlo Baker.

♦ Dedication of the Pangborn-Herndon Memorial was held at Fancher Field. The fountain in Memorial Park was also dedicated, a gift from Mayor and Mrs. E.C. Schoeneman.

♦ Students from Washington School assumed characters from TV shows as they marched in the youth parade. "Lost in Space" was Lanny Gargett, dressed as a robot.

♦ The coronation event was, for the first time, planned by Wenatchee Valley College students. Kay Mills and Linda Gormley were in charge.

♦ The "Festival Spectacular," a two-hour show, featured Arden & Maisie, a song-and-dance comedy duo from England; comedians Tommy Bleeker,  Dick Kerr and Dianne McManus; the Seldom Six, a teen combo from Portland; and the Kennelly Girls, a Dixieland band from Seattle. The evening concluded with a fireworks display.