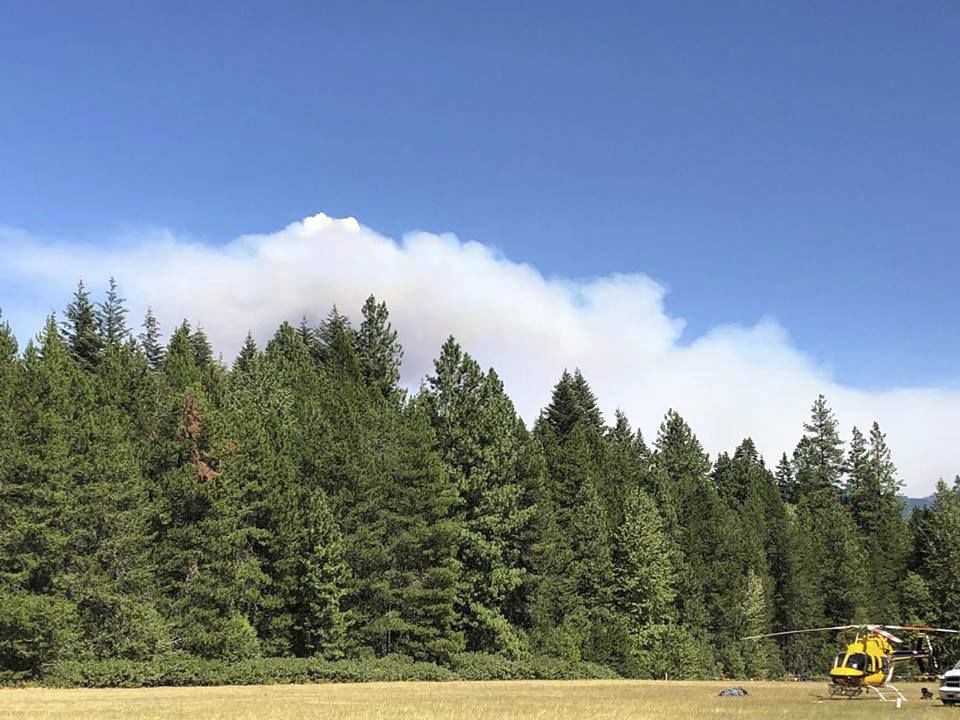 Smoke billows from the Lost Fire north of Fish Lake. It is estimated at 58 acres. Officials are concerned it could spread toward the Cougar Creek Fire if not contained. 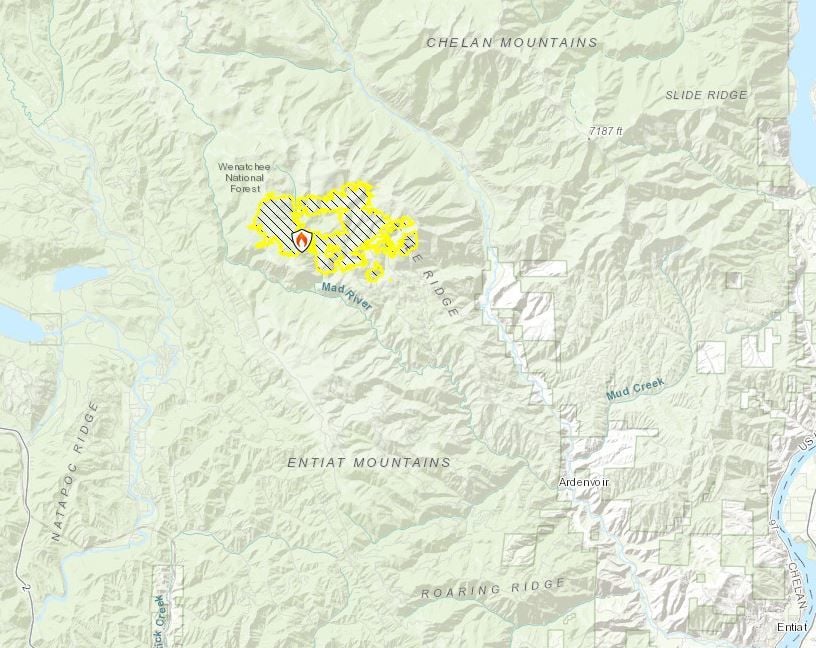 The Cougar Creek Fire is estimated at more than 6,000 acres about five miles east of Fish Lake.

Smoke billows from the Lost Fire north of Fish Lake. It is estimated at 58 acres. Officials are concerned it could spread toward the Cougar Creek Fire if not contained.

The Cougar Creek Fire is estimated at more than 6,000 acres about five miles east of Fish Lake.

ENTIAT — Entiat River Road from Mad River Road to milepost 25 is now at a Level 3 evacuation level, meaning residents should get out now.

Mad River Road, including Ardenvoir, is at a Level 2, meaning be ready to leave.

Level 1 evacuation notices, meaning be aware, are in place for Entiat River Road from Crum Canyon to the Mad River Road intersection, and both sides of Crum Canyon Road.

ENTIAT — A Level 1 evacuation notice (be aware) is in effect as of noon Thursday for Mad River Road, to include the community of Ardenvoir.

ENTIAT — Crews have constructed a containment line around approximately 60 percent of the Lost Fire north of Plain.

The line wrapped around the western and southern portion of the fire and now crews are pushing north along the eastern flank, according to Operations Planning Manager Shannon Prather in a video update Thursday morning. Today, they'll drop retardant on the eastern and northern flanks of the 111-acre.

The Lost Fire is a high priority to fire managers due to its potential to spread east toward the Cougar Creek Fire, the 10,723-acre fire northwest of Entiat. On Wednesday, crews conducted burnouts in an effort to build containment lines that swoop south of the existing Cougar Creek Fire perimeter.

ENTIAT — The Cougar Creek Fire is reported at 9,178 acres. Crews on Tuesday conducted burnout operations along the eastern flank and are working Wednesday to establish a containment line in that area.

“We’re trying to create a little catcher’s mitt to stop this fire from coming over and affecting the Entiat Valley,” said Operations Planning Manager Shannon Prather in a video update Wednesday morning.

A staff of 811, including four aircrafts, 20 crews, 28 engines and 12 bulldozers are working Cougar Creek and the nearby Lost Fire, according to the Okanogan-Wenatchee National Forest.

The Lost Fire has grown to about 107 acres. Smokejumpers, hotshots, heli-repellers and a local Type 2 initial attack crew are on the ground, working to keep the footprint small.

The Lost Fire is a high priority for fire managers, largely because primary winds push the fire to the east. Directly east of the Lost Fire is the Mad River drainage.

“We do not want to get fire into that drainage and to get the downwind diurnals, which could really affect the whole community of Chiwawa Pines and the community of Plain,” Prather said.

Structure protection is in place for homes in Chiwawa Pines and Plain, Prather said.

A community meeting is scheduled for 7 p.m. Wednesday at the Plain Community Church in Plain.

ENTIAT — With fire weather expected to worsen near the end of the week, authorities re-issued Level 3 evacuations at noon Tuesday to homes near the Cougar Creek Fire in Entiat.

The fire, estimated Tuesday morning at 6,169 acres, moved over the top of Tyee Ridge, putting its easternmost point about two miles from Entiat River Road.

No homes are immediately threatened, but with the combination of hot weather leading into forecasted windy weather at the end of the week — plus dead, heavy fuels left over from fires in 1994 — officials aren’t taking chances.

“Conditions are right for it to continue to move,” said fire spokesman Nick Mickel.

Officially, the fire is 0 percent contained. Approximately 700 are working the Cougar Creek and nearby Lost Fire to the west.

The Lost Fire north of Plain is estimated at 58 acres and is manned by 70 to 80 personnel, Mickel said.

While relatively small, Mickel cautioned that “Every fire anyone’s ever been on always starts small.”

The concern lies in its potential to make a run toward the Cougar Creek Fire. Winds are coming later this week, he said, and they’ll likely be blowing in that direction.

A community meeting is scheduled for Plain residents at 7 p.m. Wednesday at the Plain Community Church, 12565 Chapel Drive.

Photos: Turkeys, pies, given out for Thanksgiving

Community Conversations: What are Wenatchee Valley Residents Thankful For?

Searching for Silver: Chelan community on the lookout for missing horse