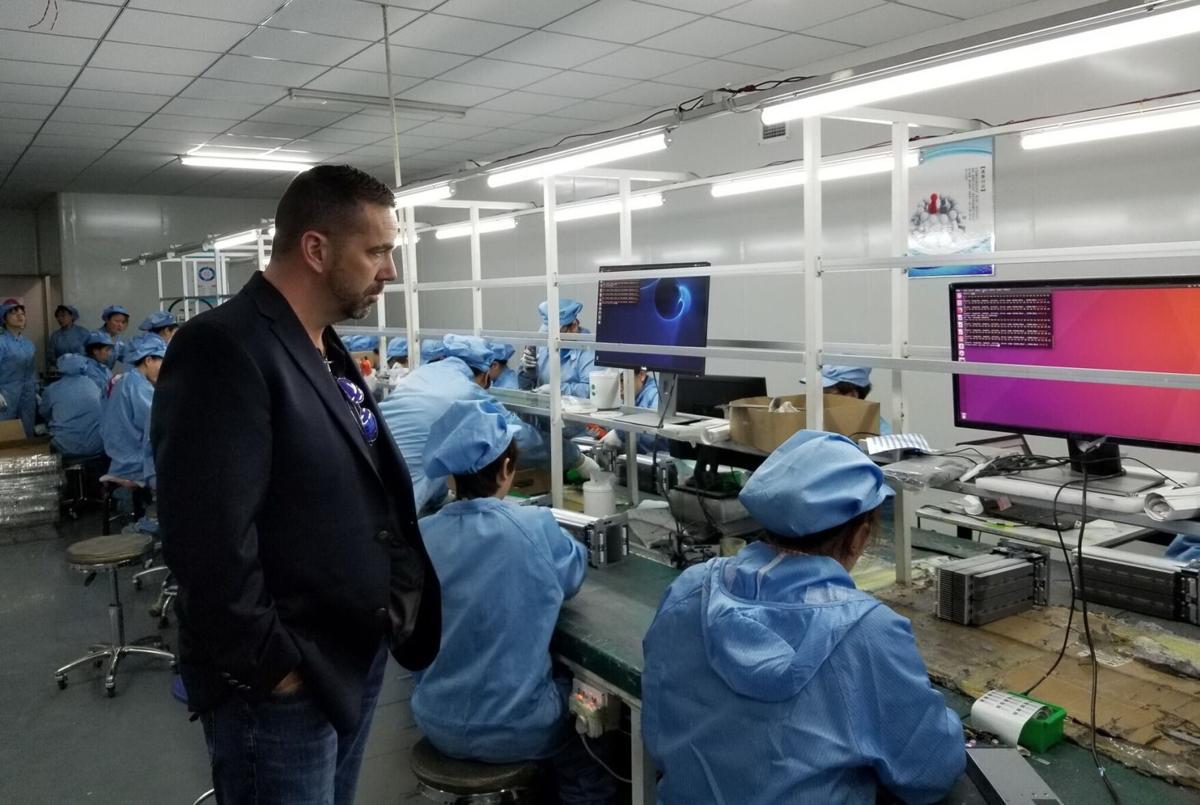 Malachi Salcido inspects server assembly in a factory in mainland China. He is founder and CEO of Wenatchee-based Salcido Enterprises, the largest cryptocurrency miner in North Central Washington. 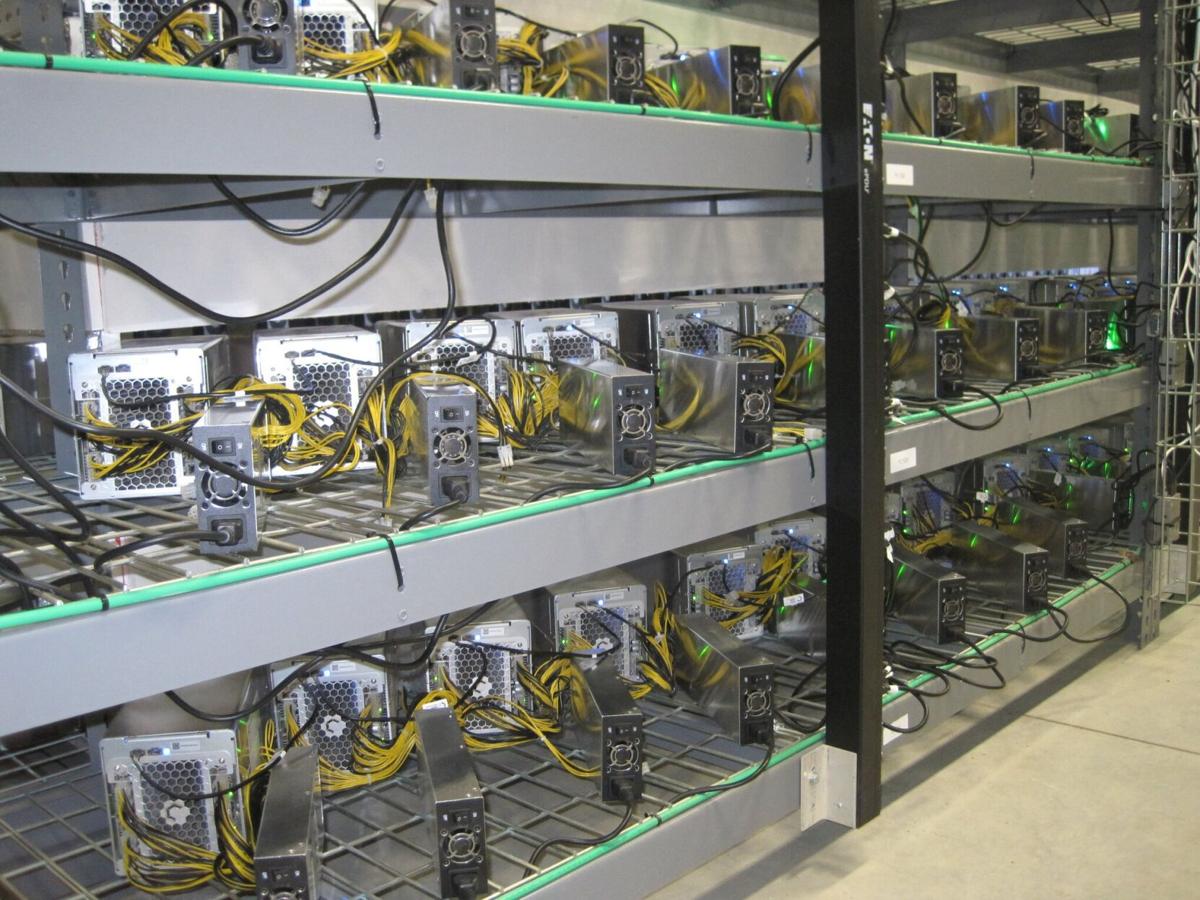 These cryptocurrency-mining servers, located in a Salcido Enterprises facility in Douglas County, each draw approximately 1,800 watts of power.

Malachi Salcido inspects server assembly in a factory in mainland China. He is founder and CEO of Wenatchee-based Salcido Enterprises, the largest cryptocurrency miner in North Central Washington.

These cryptocurrency-mining servers, located in a Salcido Enterprises facility in Douglas County, each draw approximately 1,800 watts of power.

WENATCHEE — Utility crews east of the Cascades are once again on high alert for suspiciously high power bills, 24-hour exhaust fans, and other telltale signs of bootleg bitcoin mines.

The virtual currency topped $41,000 on Friday, but came tumbling down to $30,500 on Monday morning before climbing again to $34,872 on Wednesday morning. Still, PUDs in the Columbia River Basin wonder if they’ll see a repeat of the boom of 2017-18, when “miners” from as far as China clamored to turn the region’s cheap hydroelectricity into digital gold.

So far, PUDs in Chelan, Douglas and Grant counties haven’t seen a surge in inquiries from commercial miners, whose vast arrays of computer servers can use a neighborhood’s worth of electricity to create a single bitcoin.

One reason things are quiet: Since the first bitcoin boom, basin PUDs have upped power rates for miners, who earn bitcoin by solving the complicated equations that govern bitcoin transactions.

But some utility officials expect that commercial miners may show up anyway if bitcoin’s price keeps rising.

And in the meantime, PUDs are watching for a return of the small-scale mines that cropped up last time in basements, sheds and other hideaways — and which periodically overloaded residential power lines.

During the most recent boom, “We haven’t seen that, but definitely we are keeping our radar up,” says John Stoll, managing director of customer utilities at Chelan County PUD.

Then as now, what attracts miners to the region is ultracheap electricity, which the basin’s five big hydroelectric dams produce far in excess of local demand. Residential customers in the basin pay as little as 2.33 cents a kilowatt-hour, compared with around 12 cents in Seattle and a national average of 13.6 cents.

By 2017, as bitcoin prices were climbing toward $20,000, the basin’s cheap power ignited a gold rush to mine bitcoin and other “crypto” or “blockchain” currencies. Grant County PUD alone got requests or inquiries for 2,000 megawatts of power, or roughly three times its entire hydroelectric output. (A megawatt is enough to run around 650 homes.)

That boom ended after bitcoin prices crashed. In Chelan County, the number of approved cryptocurrency customers fell from a peak of 17 in 2019 to just six today. One of the basin’s biggest players went bankrupt. “We had miners who basically said, ‘OK, we’re done,” says Chelan PUD’s Stoll. “They essentially just disconnected from our system.”

Whether miners now try to reconnect, given today’s higher prices, is an open question.

The PUDs largely have done away with cheap power for miners. In Grant County, for example, power costs for “blockchain” miners will automatically increase up to twofold whenever miners are using or have requested to use 5% or more of the district’s power.

Power costs aside, bitcoins themselves are harder to mine: Bitcoin’s underlying software was programmed to automatically increase computational “difficulty” over time.

To mine bitcoin profitably now requires “some serious economies of scale,” says Salcido, who reckons that a commercial startup today needs a minimum of 4,000 servers and a $15 million investment to be worth doing.

Miners face other constraints, not least a server shortage, thanks to trade tensions with China. Plus, more than 80% of the original bitcoin supply has already been mined, and the remainder will be steadily more costly to extract, says Lauren Miehe, another basin bitcoin pioneer.

That’s why many prospectors who might have come to the basin a few years ago are either going to places with cheaper power, such Texas, or are simply buying bitcoin itself. “Purchasing it direct is probably the quickest way for people to get access to the market,” Miehe says.

That would be OK with the PUDs, which, though legally required to consider all legitimate power requests, don’t like the risks of such a volatile commodity. “The biggest concern we have is somebody coming in, we build 50 megawatts’ worth of capacity for them, bitcoin prices change, and then they just leave,” Stoll says.

Still, with prices soaring ever higher in recent weeks as mainstream investors treat bitcoin like a “growth stock,” commercial miners may decide the basin is profitable, despite pricier power.

Smaller players, too, may build bootleg mines — or restart operations they idled or downsized when prices crashed.

Spencer Meline of Leavenworth, who ran a mine out of his home in 2018, says he’s kept at it, albeit at a smaller scale. Although his current mining “rig” is just seven servers, down from around 40, it’s still a lucrative side business.

And if prices of bitcoin and other cryptocurrencies keep rising, he says, “the sky’s the limit.”

Survivor speaks out against convicted abuser