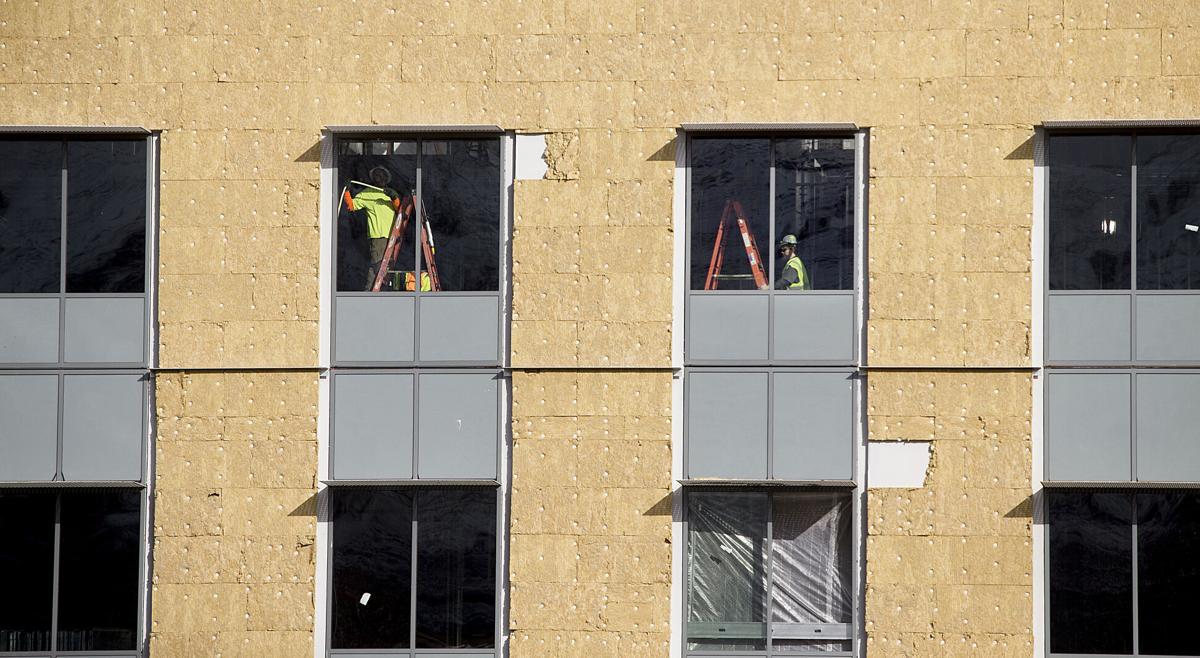 Construction workers are seen through windows Tuesday of the new Wells Hall that is under construction at Wenatchee Valley College. 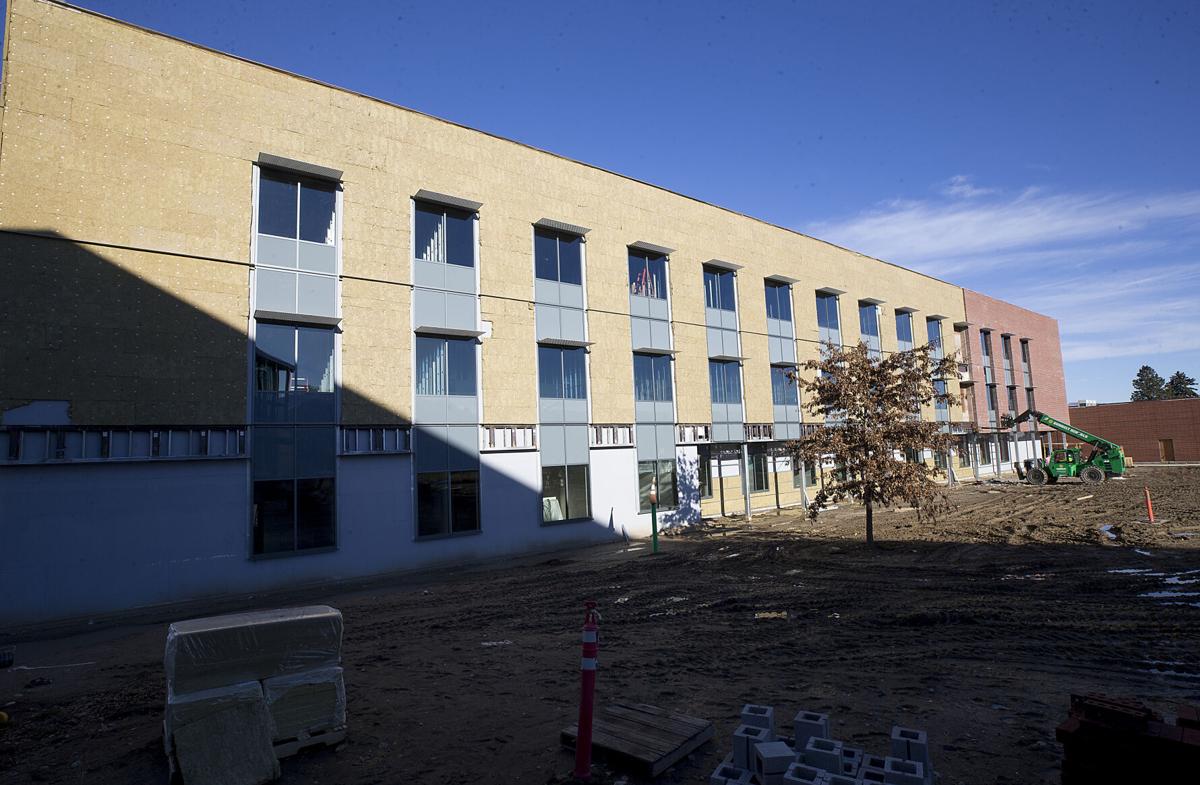 The new Wells Hall on the Wenatchee Valley College campus is taking shape as seen Wednesday.

Construction workers are seen through windows Tuesday of the new Wells Hall that is under construction at Wenatchee Valley College.

The new Wells Hall on the Wenatchee Valley College campus is taking shape as seen Wednesday.

WENATCHEE — Wells Hall will be the living room of the city of Wenatchee.

College officials at least hope that will be the case, as the $37 million construction project reaches its mid-way point, said Brett Riley, Wenatchee Valley College vice president of administrative services. The building has a large central stairwell with space for students to hang out under a huge glass skylight.

“There is going to be a lot of informal learning spaces, so a lot of lounge spaces where students can plug in their technology and spend some time,” Riley said.

The hall should be done sometime in September, he said. The college is starting to look at furniture samples from vendors and work on the drywall will begin soon.

The contractor, Lydig Construction, has done a good job of keeping the building’s construction on schedule, despite COVID-19, Riley said. It helped that the Chelan County Emergency Operations Center will be located in Wells Hall, so the project was deemed essential.

But the COVID-19 pandemic hasn’t changed any of the plans for the building itself or caused the college to rethink the structure, he said. The college was already heading toward integrating more technology into the classroom to allow for remote or distance learning.

“We were already going down that path before COVID hit,” Riley said. “Not because of any pandemic-related reasons, but more of the fact that we have a campus in Omak. So we already do a lot of distance education on our campus.”

Some of the unique aspects of the building include some of the defensive landscaping that will go in and the ability to easily rearrange the classrooms, he said.

The college plans to incorporate boulders, planters and water features around the building to prevent someone from driving at it and to give more protection to students, Riley said.

“There’ll be, for lack of a better term, valleys, or river beds, if you will, that are aesthetically pleasing, but also serve as a deterrent for campus penetration,” he said.

Teachers will also be able to easily rearrange the rooms inside of the building, so they can incorporate different classroom layouts, Riley said. College officials also simplified the technology so that everything can be controlled by a single laptop or tablet.

“As a college, things change for us pretty readily in the demands of a classroom,” he said. “So we have to become much more nimble in the classroom.”

The building also has newer construction features, which are interesting, said Bayley Goodwin, Lydig Construction project engineer. One thing is that the lights in the building can sense how much daylight is coming through the windows and will dim or brighten accordingly.

“So like the lights are going to be a little brighter on the north side, because there’s not as much sun coming through there,” Goodwin said. “But you walk over here (the south side) you get a lot more natural light.”

It is also using a variable refrigerant flow system instead of a traditional HVAC system, which can keep two rooms side by side at drastically different temperatures, while remaining energy efficient, he said.

Davies to retire from humane society

Sun smiles down on Earth Day Fair at Pybus