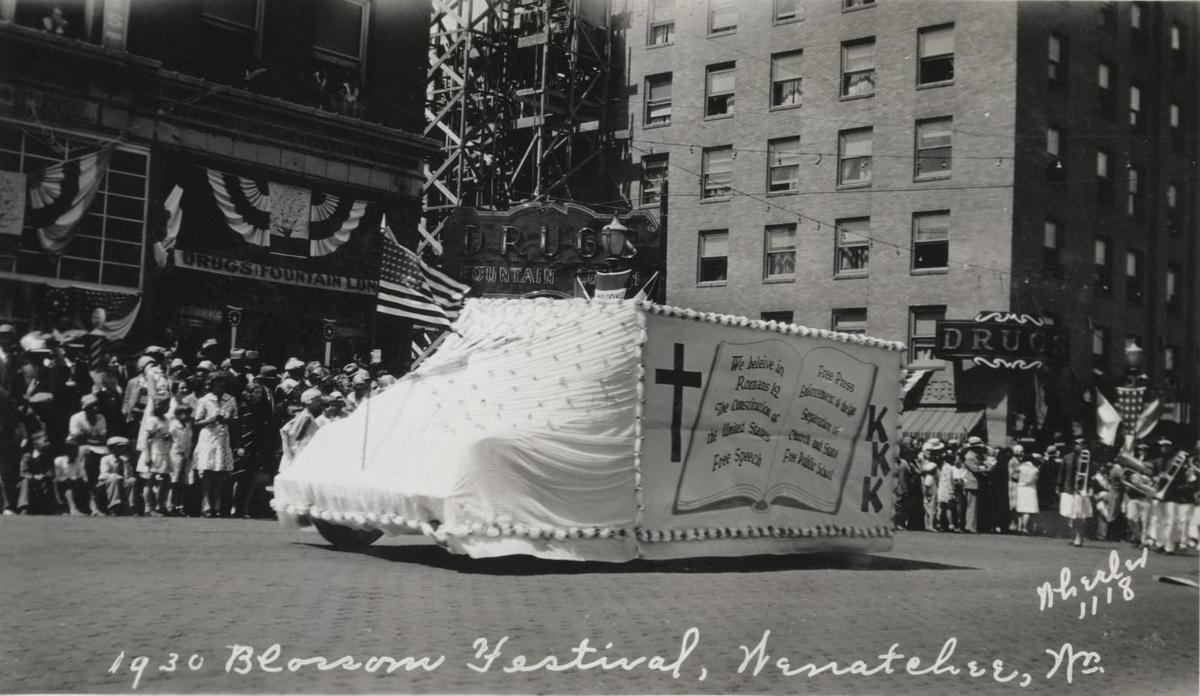 The Ku Klux Klan float in the 1930 Apple Blossom Festival parade carried a sign saying, “We believe in Romans 12, the Constitution of the United States, free speech, free press, enforcement of the law, separation of church and state, free public school.” 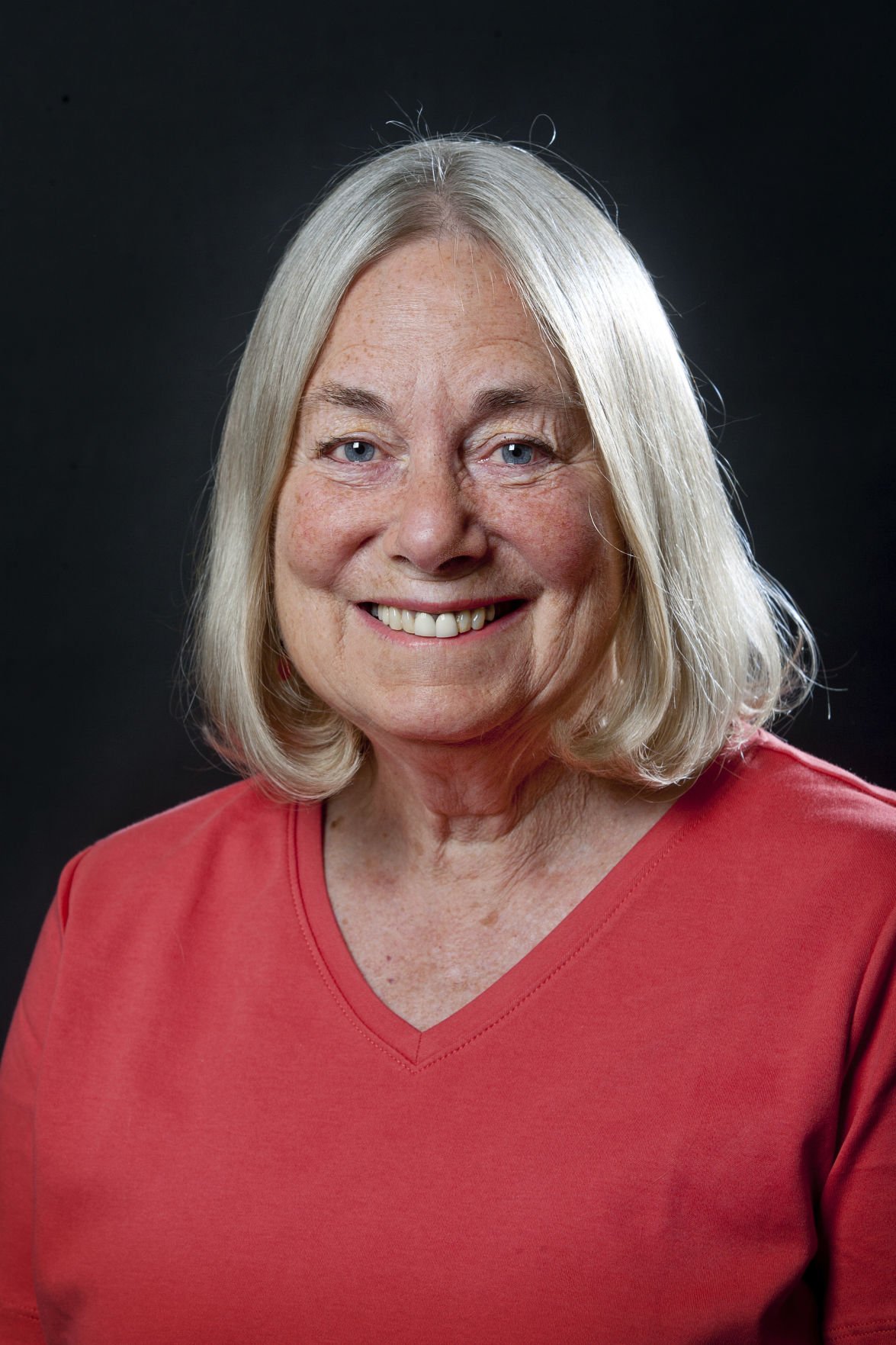 The Ku Klux Klan float in the 1930 Apple Blossom Festival parade carried a sign saying, “We believe in Romans 12, the Constitution of the United States, free speech, free press, enforcement of the law, separation of church and state, free public school.”

The Ku Klux Klan, a secret organization advocating the supremacy of white Protestants in America, tried to establish a base in Wenatchee in the early 1920s.

The town earlier had been inhospitable to people of Chinese origin, passing a law in 1892 excluding “Mongolians”, and some Wenatchee residents believed blacks also were inferior to Caucasians.

Members of the national Klan, which had started in the South after the Civil War and then gone dormant for a few decades, felt that Wenatchee was ripe for the spread of their re-emerging racist movement.

National Klan organizers, called kleagles, were infiltrating the Pacific Northwest. King Kleagle Luther Powell claimed to have established more than 50 Klan chapters in Washington in 1922 and 1923. C.L. Stoddard, a kleagle from Oregon, announced his intention to solicit 500 men from Chelan County to join the organization. In August 1922 Stoddard stated that a provisional Klan of nearly 100 members had been formed in Wenatchee. Their names were secret.

Wenatchee Klan members did not shy away from violence.

In September 1922 they posted notices on the doors of homes owned by blacks in Shacktown, telling the residents to leave town or face consequences. The next night one of the shacks was burned to the ground.

Portland Klan member John Jeffrey gave a speech to more than 400 people at the Wenatchee Eagles Hall in March 1923. He blamed “Papal Rome” for a slander campaign against the KKK, and urged stricter immigration laws to “safeguard the purity of America” and keep out “undesirables” such as Greeks and Italians.

One Sunday night in late April 1923 a huge fiery cross appeared on the hillside above Fancher airfield above East Wenatchee. Clearly visible from across the river, the cross was a summons to Klan members to gather. It had been made by digging a trench 100 feet long with a 40-foot cross bar, filled with sawdust and saturated with oil. A cross in the same location burned for four hours on March 24, 1925 to signal another important Klan meeting.

Some 2,500 people stood in the rain on Western Avenue in August 1924 to hear Klan members comment on local, state and national issues. This response was so heartening to the state organization that the state Klan convention was held in Wenatchee in July 1926, attracting 1,000 delegates.

A parade of 1,400 hooded Klansmen, a women’s auxiliary and bands from Cashmere and the Salvation Army attracted onlookers “equal to any crowd that ever gathered to witness an Apple Blossom festival parade,” according to The Wenatchee Daily World, which had published editorials critical of the KKK.

The Klan marched in the Apple Blossom parade in 1926, complete with horses and white-robed riders, and had floats in later parades, but faded from public view in Wenatchee by 1930.

Chris Rader is a freelance writer who contracts with the museum for research and writing services.