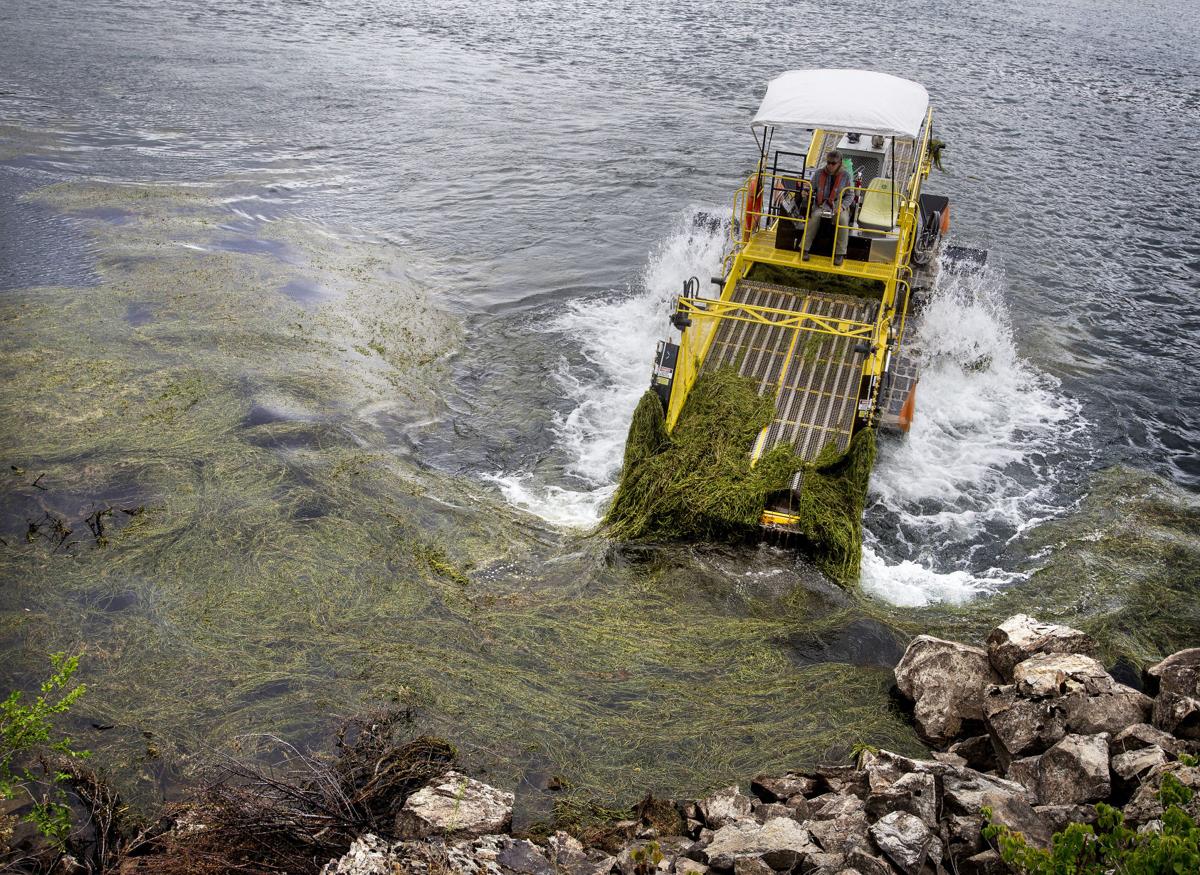 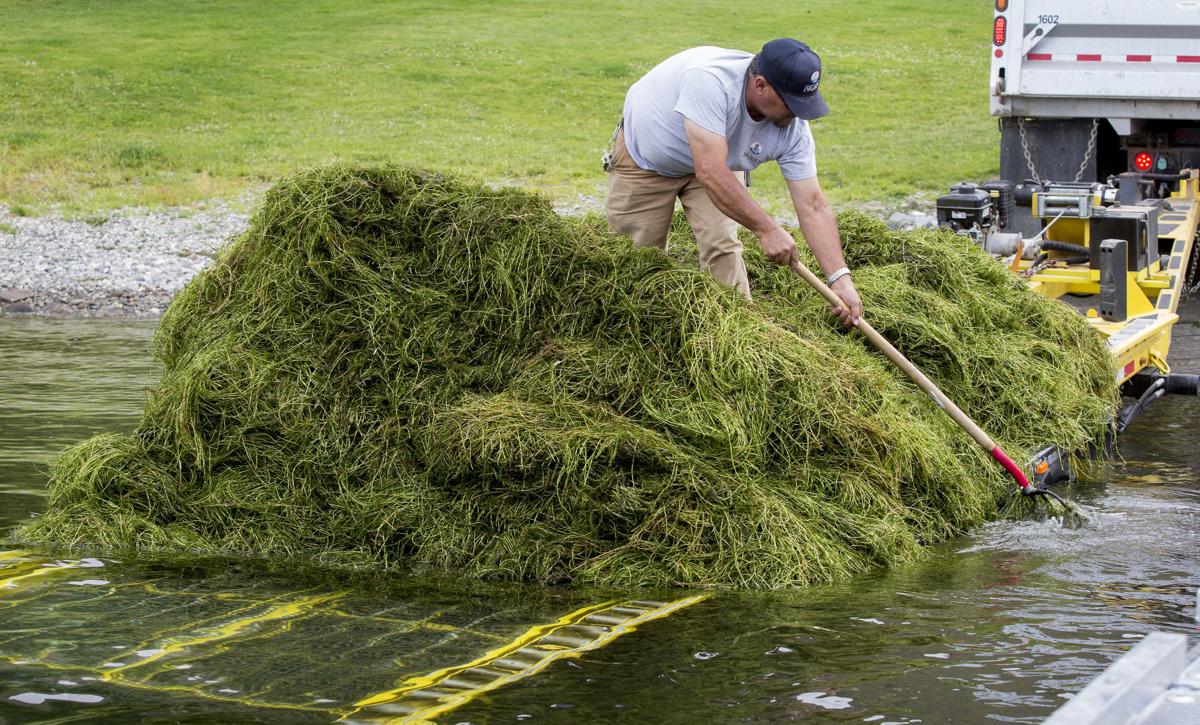 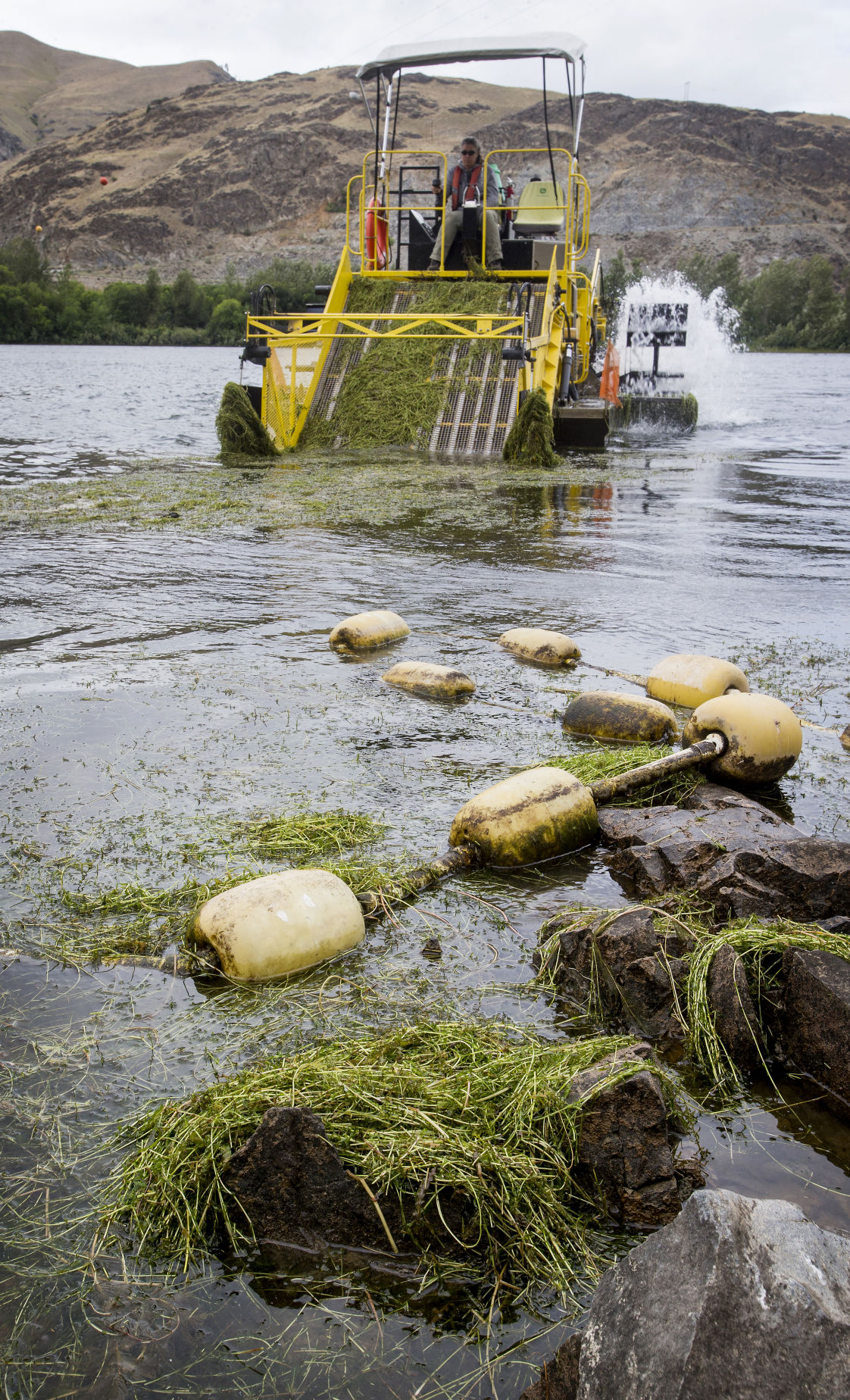 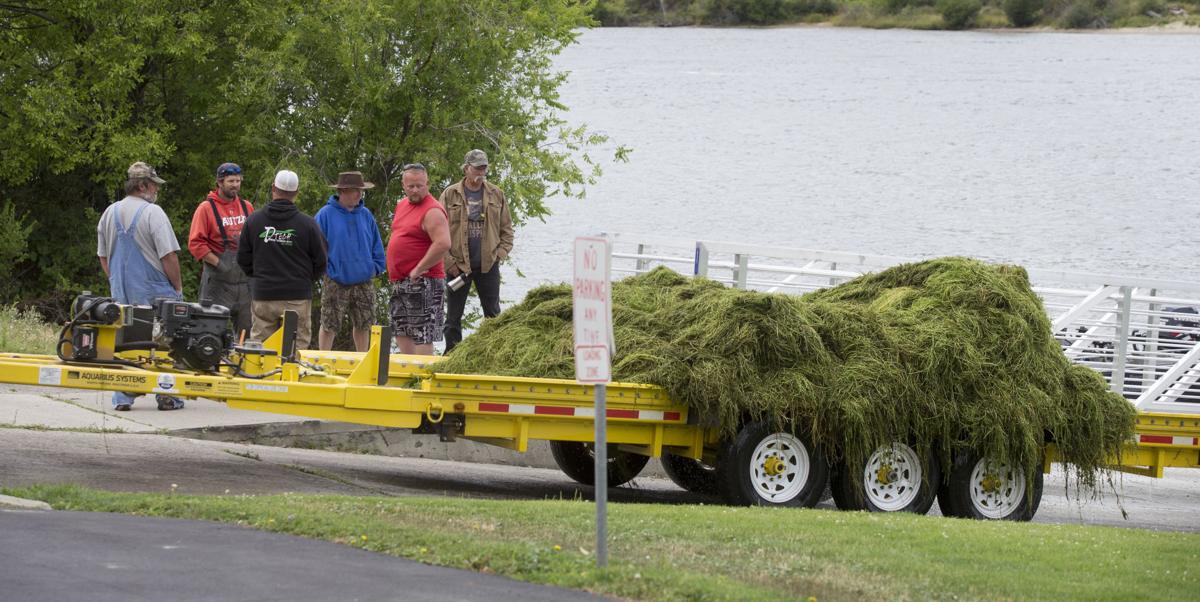 Fishermen watch as a load of aquatic weeds is hauled from Beebe Bridge Park. 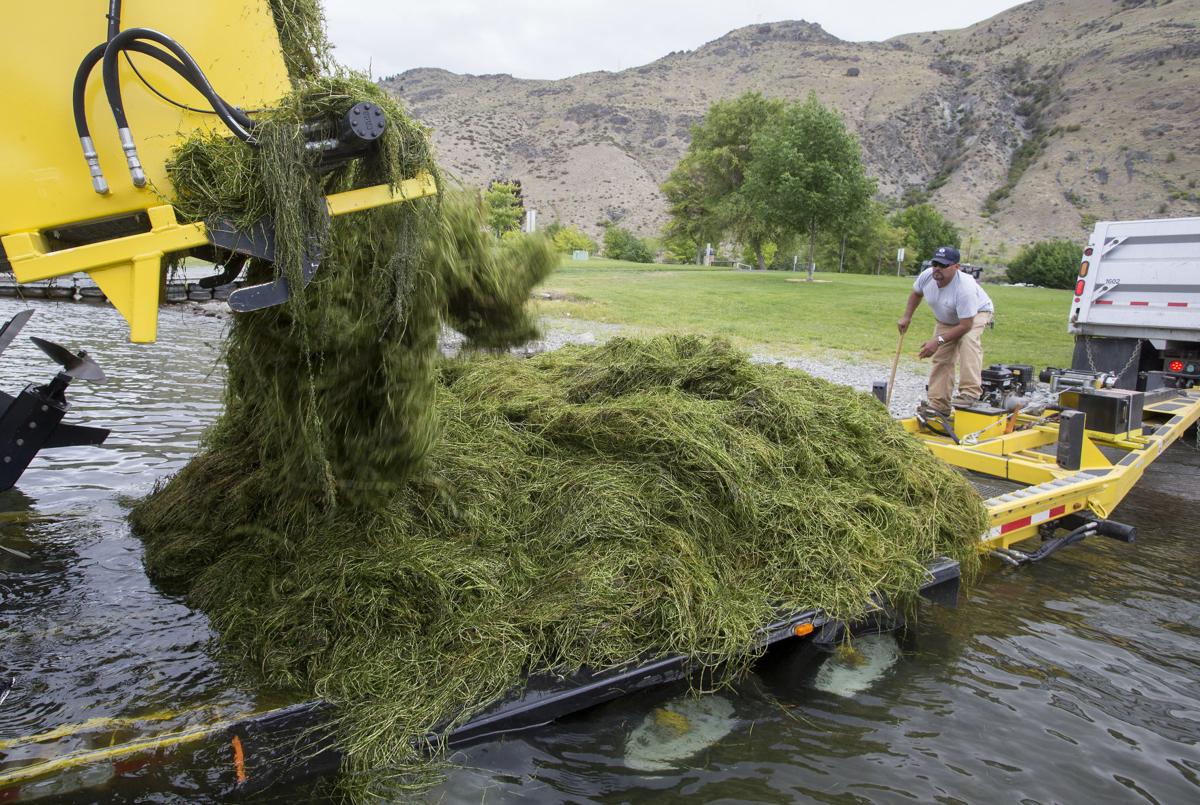 Fishermen watch as a load of aquatic weeds is hauled from Beebe Bridge Park.

NCW — People out enjoying the Columbia River may run into a strange sight: a flat boat with paddles on either side, pulling up aquatic weeds.

It is Chelan County PUD’s Aquatic Weed Harvester. The machine uses a sickle bar to cut the weeds below the surface. It then pulls the material up onto a conveyor belt and stores it before depositing onto a dump truck on shore.

“It kind of gives it a haircut,” , said Ryan Baker, PUD parks manager. “They can lower and bring up the bar depending on the depth and what they are going into, whether it is a swim beach or a boat launch, and then it just cuts it off and sucks it up onto the conveyer belt.”

The PUD uses the harvester to cut 58 acres in 10 parks and at the Rock Island Dam fish ladder, he said. The weeds grow in front of the fish ladder and block fish from entering it.

The harvester runs through PUD properties about twice over a two-month period, he said. It started the process on Tuesday at Beebe Bridge Park and will finish on Sept. 30.

“The main reason is for safety,” Baker said. “We don’t want folks getting tangled up on our swim beaches in these aquatic weeds.”

Milfoil used to be one of the major reasons for using the harvester, but it is less of a problem in some areas than it used to be, he said. There are now a number of weeds that the PUD uses the harvester to cut.

“And the value of that is we’re not ripping things out of the ground,” Baker said. “The good weeds, they stay, because that is good habitat for fish and other things that live in the Columbia River.”

Some of the challenges that the PUD runs into include weather and curious people, he said. When they’re out there people will approach with their boats to see what they’re doing. The PUD has put out signs to alert people to be safe.

At one point in time the PUD considered using the aquatic weeds for compost, but it turned out not to be a good idea, Baker said.

“So you’ll take a 10-yard dump truck and dump it in a pile and come back a few weeks later and go, ‘Uh, did somebody move it?’” he said. “It just shrinks down into nothing.”

Attorney General returns to 'Women+s March' in a new venue

Iran's Khamenei stands by Guards after unrest over downed plane