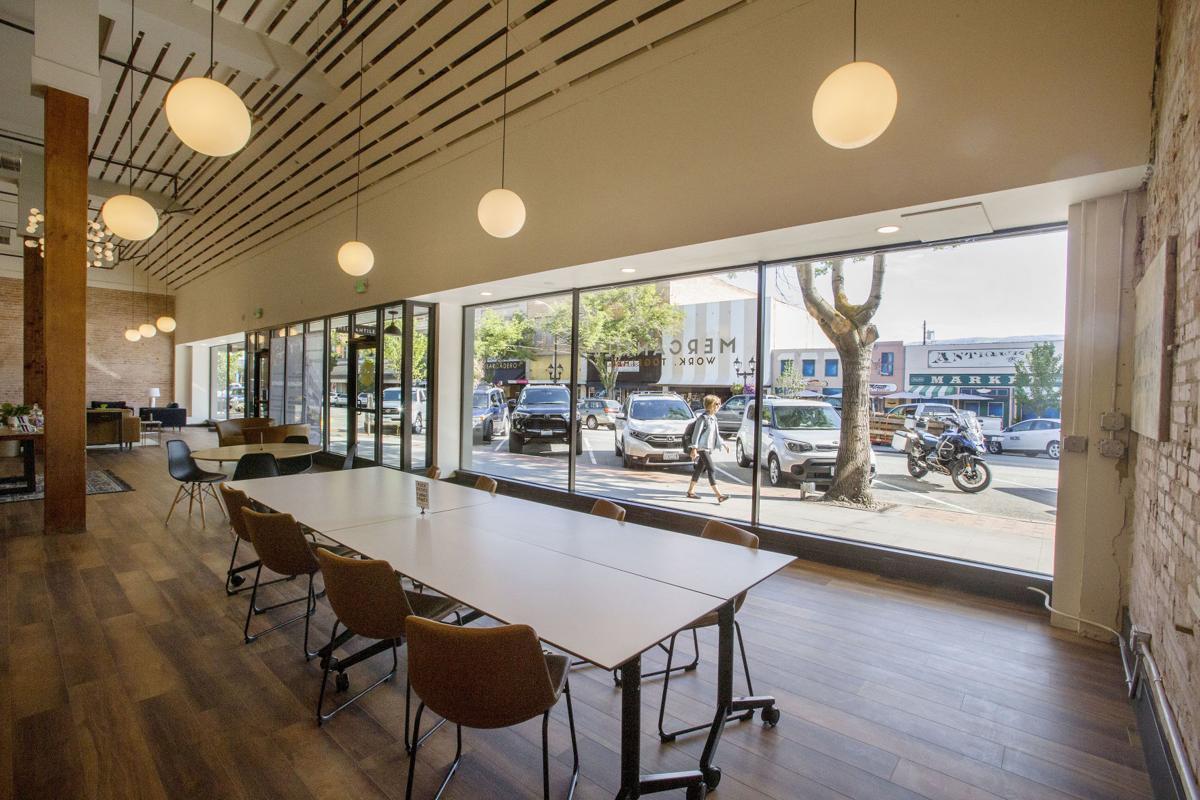 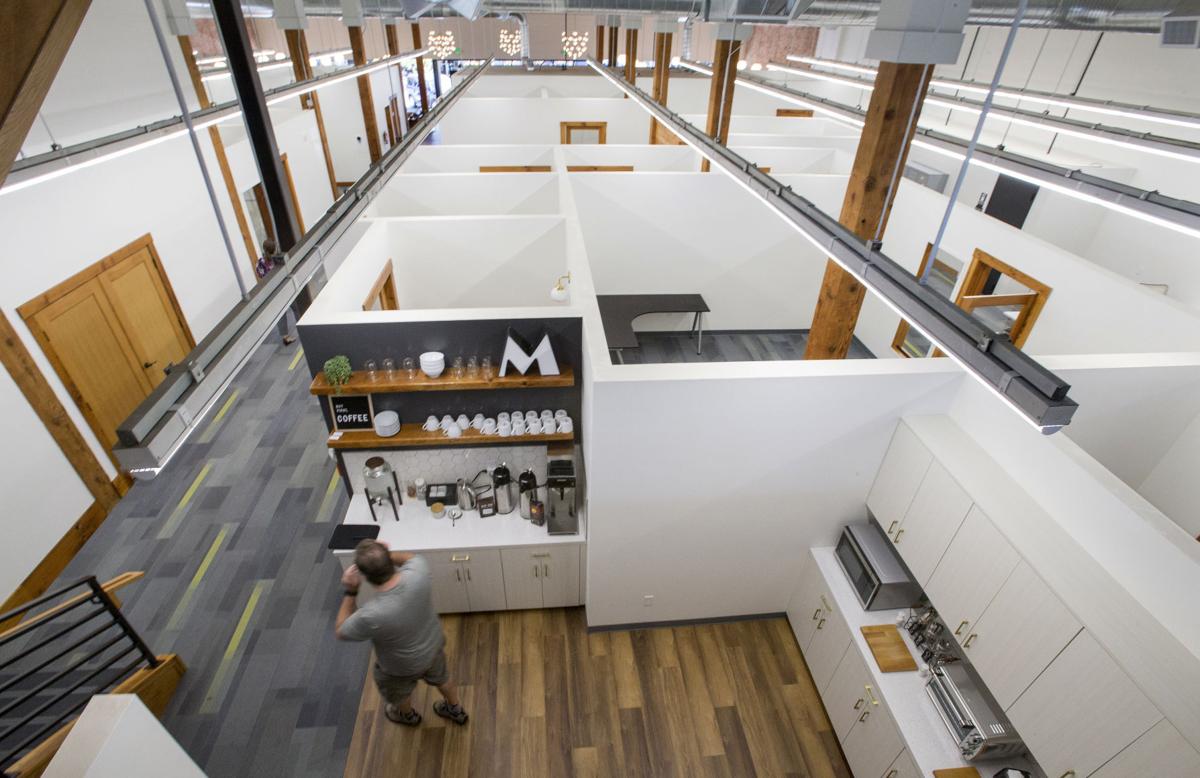 Editor’s note: A version of this story was published in the November issue of the Wenatchee Valley Business World.

WENATCHEE — The Mercantile, a coworking space in downtown Wenatchee, opened just six months before the pandemic pushed millions of employees out of their offices and into their homes to work.

The coworking space closed for a couple months at the beginning of the state’s pandemic-related shutdowns, but is now back open and as busy as ever, co-owner Cory Wray said.

“When we were shut down, it was very quiet there for a couple months and then it’s just slowly gotten busier and busier over the summer,” she said. “Now even in the fall, I think we added three new members last week.”

Wenatchee’s two largest coworking spaces, the Mercantile and Wenatchee Workspace, have both seen a bump in interest from remote workers looking for a place to escape from the distractions of home.

Both offer a variety of drop-in or more-permanent work stations for members, as well as rentable meeting rooms.

“Some people are quite happy working from home and I don’t fault them,” Wenatchee Workspace owner J. Michael Walker said. “Some people are happier working in a space where they can leave home — at home. Some people have to shift mentally to work effectively. … A lot of people just say ‘I just really need to get out of my house and I need to be able to think.’”

Wenatchee Workspace, on the corner of Wenatchee Avenue and Hawley Street, also went through a couple quiet months at the start of the pandemic. Since then interest has grown and stayed strong.

Walker has set up social distancing to keep members apart and brought in professional cleaning services to sanitize twice a day, he said.

Especially during the peak tourism months, Walker saw an increase in use from out-of-town visitors looking for a quiet spot, he said.

“The kind of customer that’s really made themselves known to me is coming from out of town and wants to work. Or somebody who had vacation property in Wenatchee and wants to work while they’re here,” he said.

One of his customers runs a law firm in the midwest and owns vacation property at Lake Chelan.

“He was here Monday through Thursday every day and he spent long weekends at the lake,” Walker said.

It’s a running trend that Walker has seen more often during the pandemic, he said.

“We seem to have seen a significant uptick in people from Seattle who came over to Wenatchee to quarantine,” he said. “I thought that seemed a little weird, but Wenatchee is a great place to live so maybe that’s why.”

Out-of-town interest in coworking spaces has been common among employers in addition to employees.

“We have businesses looking to expand to our market that don’t have physical presences in the area. That’s where I’ve also seen tons of inquiries,” Walker said.

One company that’s shown interest is based in Spokane but has a strong customer base in the Wenatchee area. The company is considering coworking space for employees instead of a traditional commercial lease, Walker said.

“They don’t want to come and rent an entire brick-and-mortar storefront with a lease,” he said. “So, coworking spaces are really valuable in that respect because you can establish a foothold in the valley and continue to do business.”

Out-of-town prospects could also be a future opportunity for the Mercantile, which is located in the Ellis-Forde Building on the cross of Wenatchee Avenue and Palouse Street, Wray said.

“I think the coworking space is going to flourish because we have what seems like a ton of people from the west side moving over here and they’re going to need a space,” she said. “They don’t have an office to go and work at like they would have. So, I think it’s actually a prime opportunity for coworking spaces.”

More than six months of working from home has influenced permanent Wenatchee residents to seek a reprieve, too, Wray said.

“Those that need to get out of the house, because they might have kids doing school at home, we’ve had a lot of people looking for more permanent space,” she said.

Most of the building’s private offices and fixed desks reserved for specific members are full. Demand for its flex desks, available for drop-in visits, is picking up at a slower pace, Wray said.

For many, coworking spaces offer a reprieve from the distractions of a permanent home office. Members have found the Mercantile is also an important place to collaborate and socialize, Wray said.

“Working from home is nice at the beginning but it can wear on you. It’s nice to see people and I think that’s the fun part of going down to the Mercantile is you get to see all other members and the friends,” she said. “We were all missing each other after not having been there for a couple months. There’s certainly something to be said about community and relationships and having a little bit of social interaction during the day.”

Editor’s note: A version of this story was published in the November issue of the Wenatchee Valley Business World.

Japan and IOC deny that Olympics will be canceled