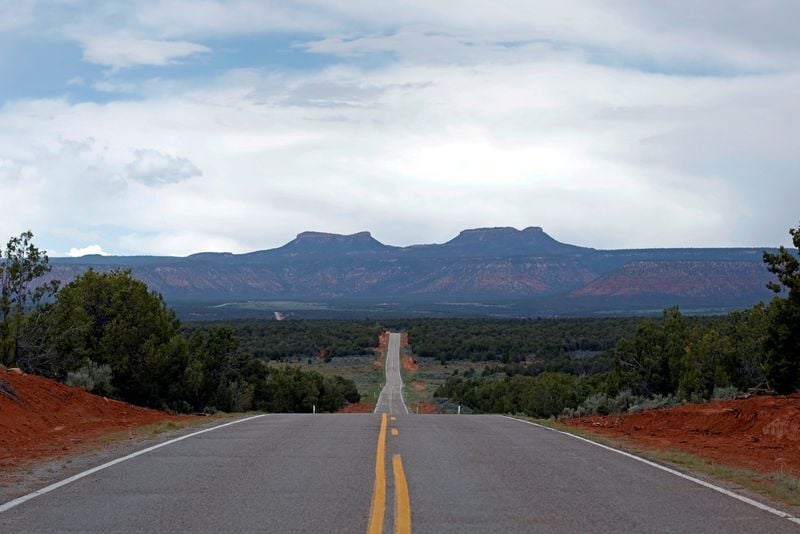 Bears Ears, the twin rock formations which form part of Bears Ears National Monument in the Four Corners region, are pictured in Utah, May 16, 2017. 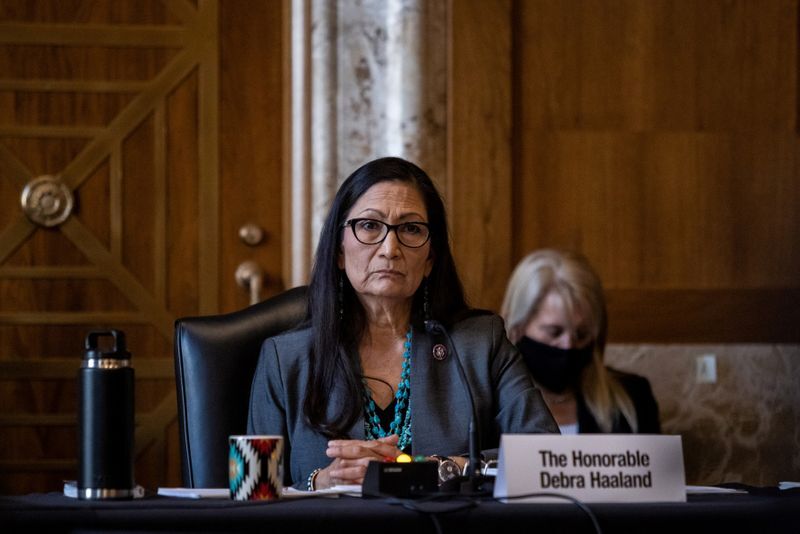 WASHINGTON, D.C. — U.S. Interior Secretary Deb Haaland will kick off a two-day visit to Utah on Thursday where she will meet with tribes and political officials to discuss the potential restoration of two national monuments that were slashed in size by former President Donald Trump in order to open them to mining and drilling.

The visit is the centerpiece of Haaland’s first multi-state tour since being confirmed last month as the first Native American cabinet member, and will hold symbolic power given the importance of the monuments to Southwestern tribes.

Haaland, whose job gives her oversight of America’s vast public and tribal lands, will visit Utah’s San Juan and Kane counties to discuss the Bears Ears and Grand Staircase-Escalante National Monuments as part of a review of their boundaries launched by Joe Biden on the Democrat president’s first day in office, according to the Interior Department.

Trump, a Republican, had cut the size of the two formerly massive monuments by 2 million acres (8,000 square kilometers) combined at the request of Utah’s Republican lawmakers, removing protections that had hindered ranching, drilling, mining, and other development in an area twice the size of the state of Rhode Island.

Several tribes in the region consider the areas sacred and home to thousands of important cultural and archeological sites. They will ask Haaland to restore the protections cut by Trump and expand them further, according to Pat Gonzales-Rogers, director of the Inter-Tribal Coalition.

“We are consistent in what we are asking for. The original tribal proposal and a path to making that permanent,” he said.

President Barack Obama, a Democrat, had created the 1.3 million acre Bears Ears National Monument in 2016 under the U.S. Antiquities Act after tribes originally proposed the site to cover 1.9 million acres. Trump cut it to around 200,000 acres.

Grand Staircase-Escalante, meanwhile, was created by former President Bill Clinton, also a Democrat, in 1996 at 1.9 million acres and was cut roughly in half by Trump.

Under the Antiquities Act, presidents have the authority to create or alter national monuments unilaterally, which makes their protections uncertain over time.

The Interior Department said administration officials have held tribal consultations and spoken with Republican officials in the state in advance.

“During the meeting, Senator Romney reiterated his desire to finding a permanent legislative solution to the political football of Utah’s national monuments,” she said.