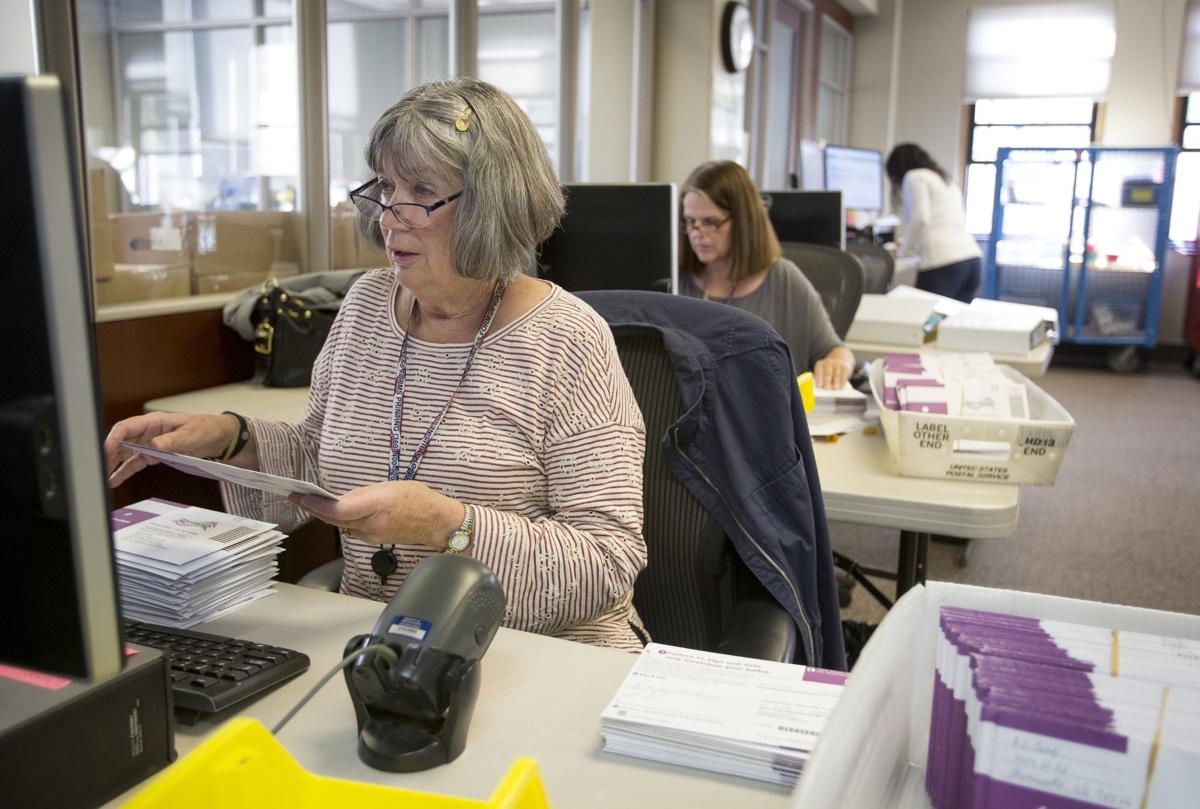 From left, election workers Terry Hammond and Teresa Wilder record ballots on Monday, Nov. 4, 2019, that were brought into the Chelan County Auditor's Office. 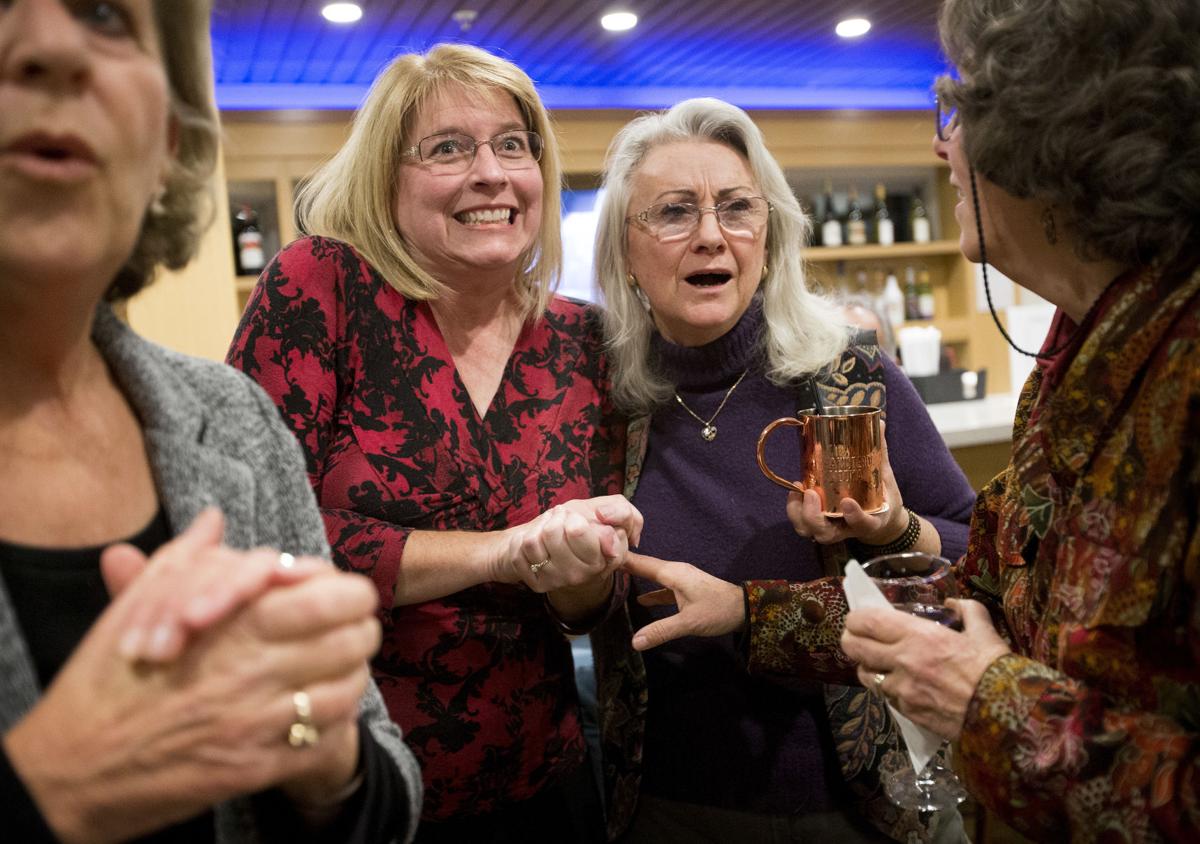 East Wenatchee mayor candidate Jerrilea Crawford, center left, reacts with her supporters to the first announcement of her lead over Tim Detering at a party in East Wenatchee Tuesday night, Nov. 5, 2019. At center right is coworker Linda Davis with the Wenatchee Valley Chamber of Commerce. 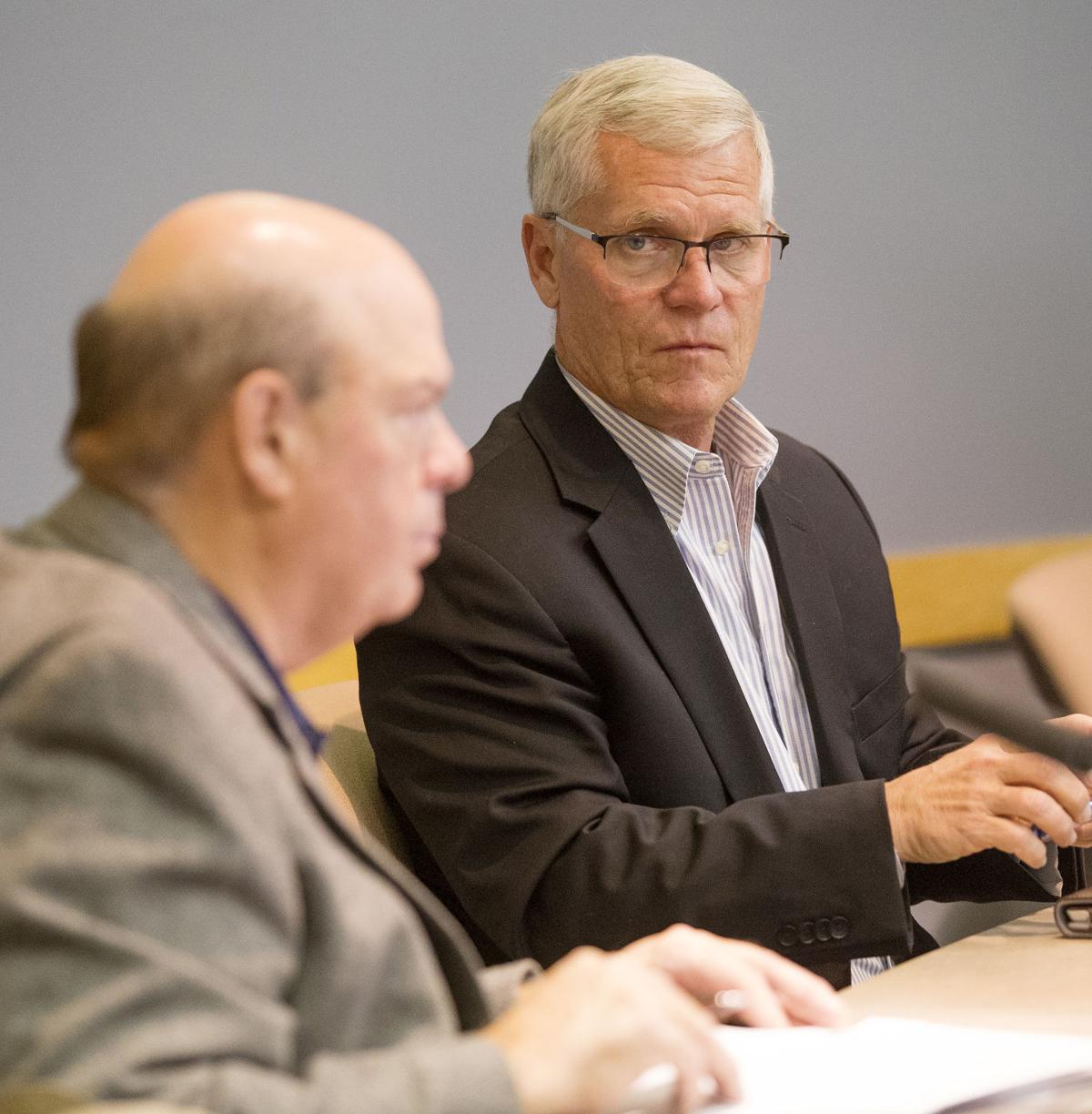 East Wenatchee Mayor Steve Lacy, left, and Councilman Tim Detering end the East Wenatchee council meeting Tuesday night, Nov. 5, 2019, before election results are announced. Lacy, who didn't seek election for his mayoral post but tried for the Douglas County Sewer Board, and Detering, trying to take Lacy's place as mayor, were both defeated in the election. 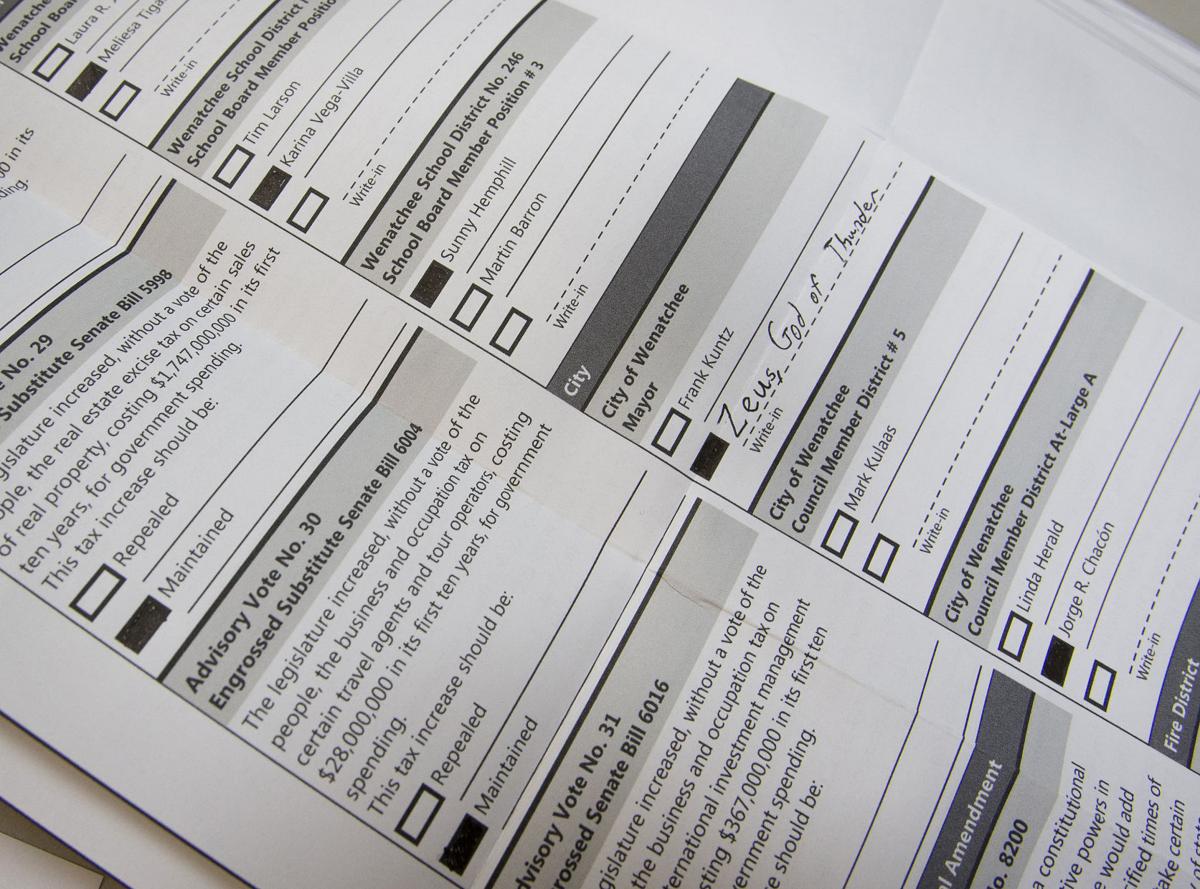 A write in ballot for "Zeus, God of Thunder" comes to the attention of the Chelan County Auditor's office. According to workers there, Mickey Mouse is the most popular fictional character used.

Elections worker Teri Wickens checks ballots for errors in the Chelan County Auditor's office Monday, Nov. 4, 2019. Only green pens are allowed in the ballot room at the courthouse to keep workers from changing votes.

When election time arrives I'm pessimistic about getting an interesting photograph of the process. There aren't too many unique opportunities and candidates usually aren't very animated. This year was better than most.

The plan was to go to the Chelan County Auditor's Office the day before polling closed and find some kind of image to hold the place on the front page in case I couldn't come up with something interesting from election night.

I called ahead and Auditor Skip Moore said they were busy counting, so I headed up to the courthouse and photographed what I could.

In conversations with the election workers, I found out a couple of interesting tidbits. First, only green pens are allowed in the counting room so officials can't change ballots. Second, Mickey Mouse was leading in write-in votes.

Not too visual, but interesting all the same. I photographed green pens and got approval to take a photograph of a write-in ballot that happened to pop up while I was there.

Back at the office we had a discussion about running the ballot and decided that it would be OK after the election since it wouldn't sway any future votes and the name of the voter wasn't seen anywhere.

On election night, I headed to the East Wenatchee City Council meeting after shooting the first half of Cashmere's soccer game with Okanogan.

I found Mayor Steve Lacy and Councilman Tim Detering seated next to each other at the meeting. Detering was a candidate for Lacy's position, and I needed to get a photograph of him in case he won the election.

A reporter had called the other mayoral candidate, Councilwoman Jerrilea Crawford, for me and found out she would be at a party. The reporter got permission for me to be there when the votes were announced.

The party was at the new Fairfield Inn, and by the time I got there, quite a few folks were waiting with Crawford. She wandered around the room while I followed her, wanting to be nearby when the results came in.

She was very generous letting me hang out with her, and finally her daughter came over with a clipboard showing the first tabulations with her in the lead.

I moved in front of her and was able to get her reaction. It had helped that I had been with her for awhile because by this time she and others around her were used to me being there and completely ignored me and my camera.

Back at the office, we swapped out the photograph of election workers for the image of Crawford and held the photographs of pens and write-in candidates for the next publication.