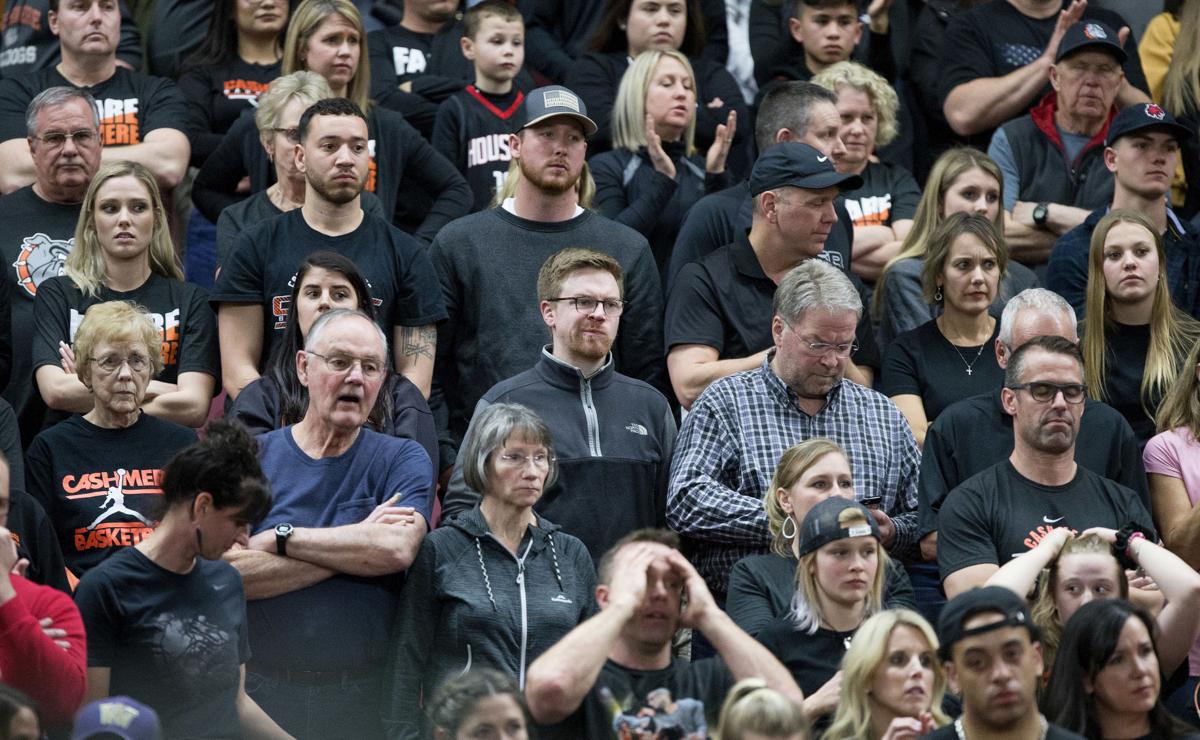 Fans react as the Cashmere girls basketball team loses to Lynden Christian 58-55 Saturday night in Yakima in the Washington state championship 1A game. It was their only loss of the season. 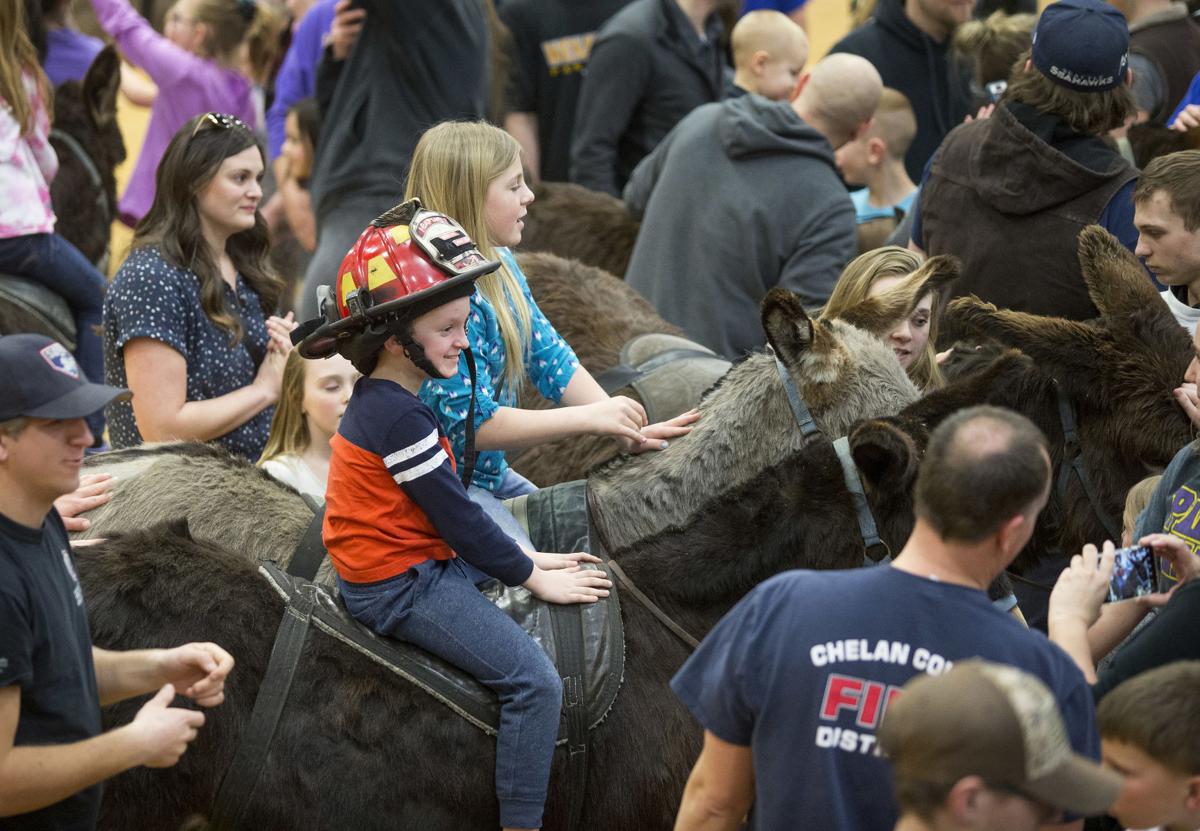 Spectators at the donkey basketball game get to stand and sit up close to the animals at an intermission. 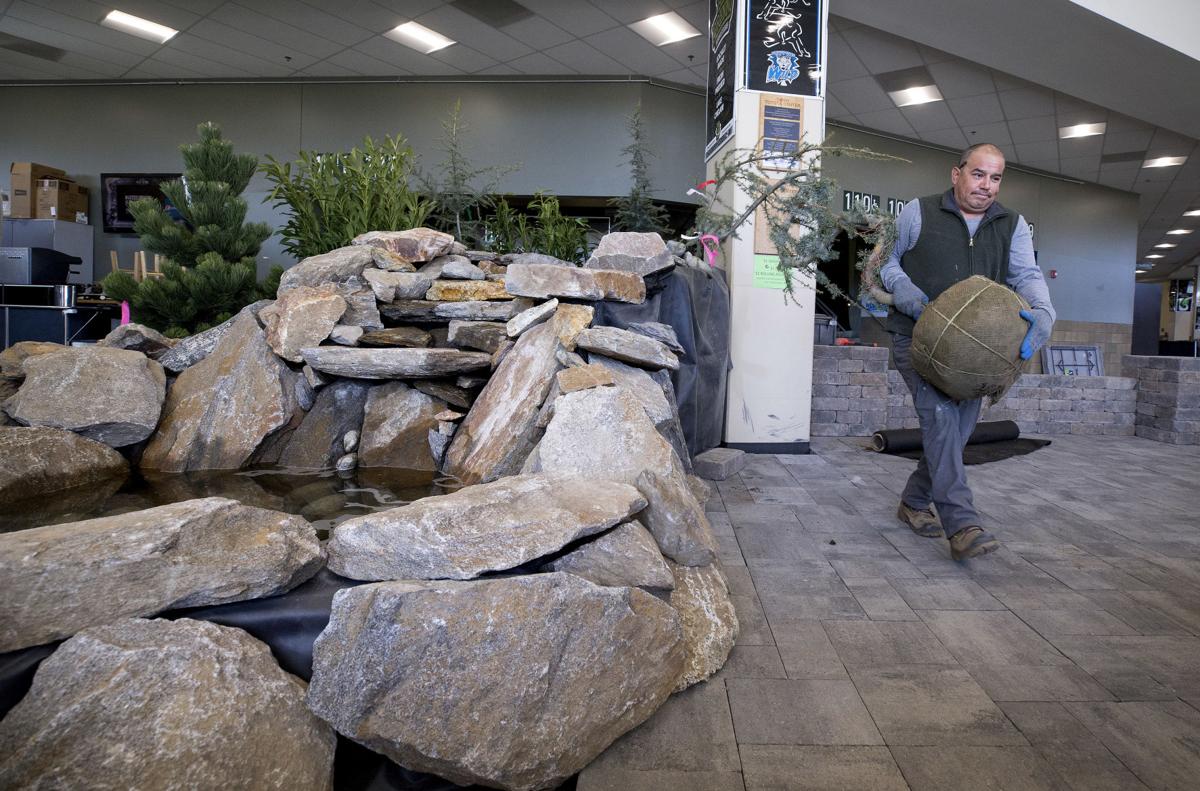 Carlos Gonzales with Misty Meadows Landscaping and Rockery of East Wenatchee begins dismantling a company display at the KPQ Home Expo Thursday, March 12, 2020. He had just gotten word that the Expo has been postponed in response to COVID-19 in guidance from the local health district and state governor's office. 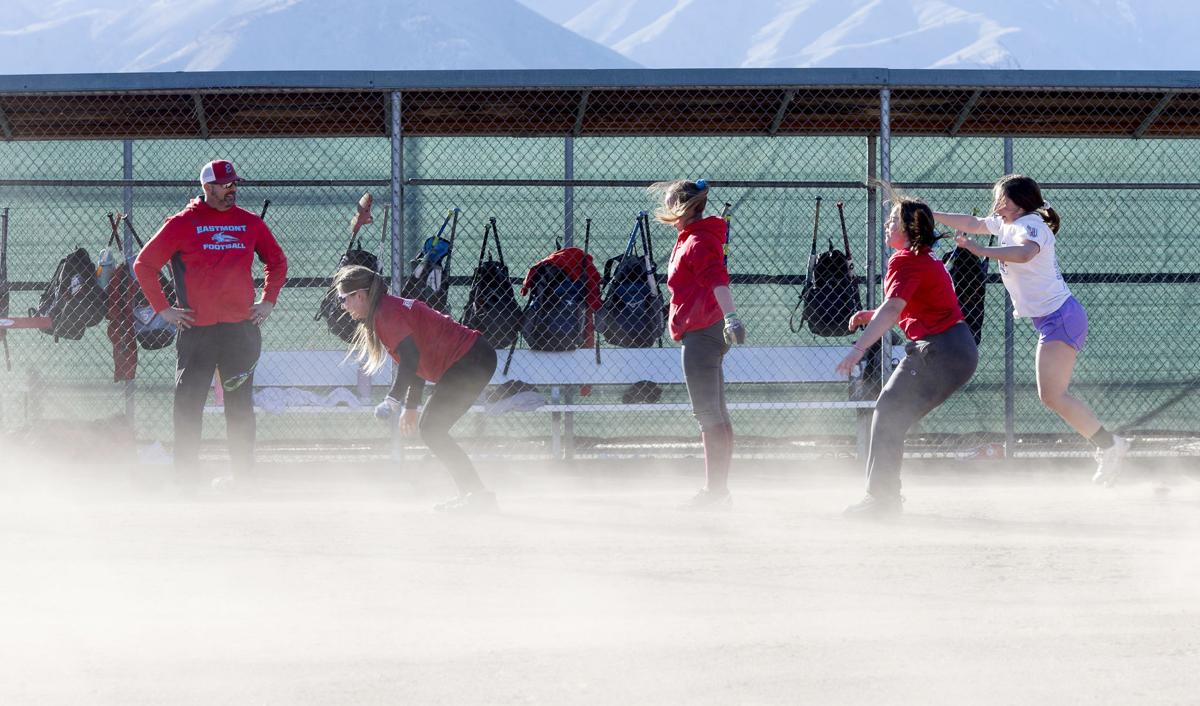 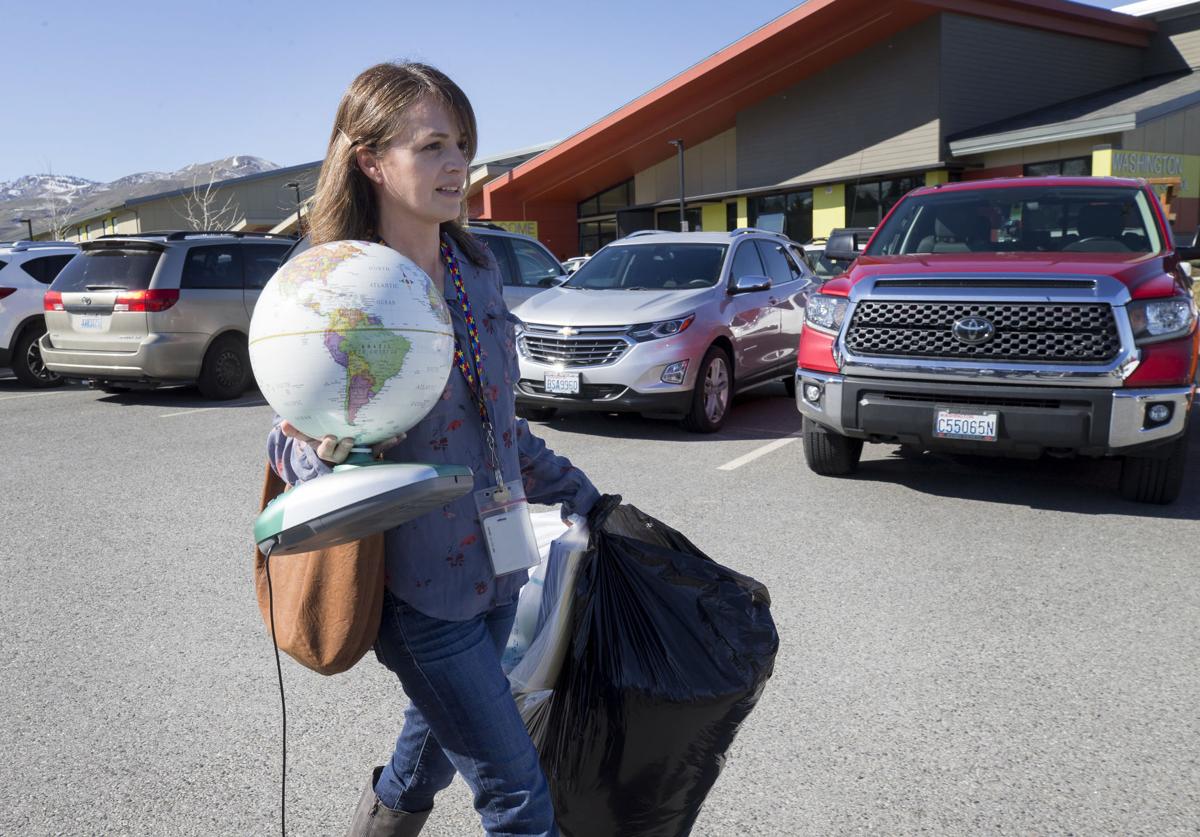 Natalie Sparks, a para professional at Washington Elementary School, carries school supplies to her car near the end of the school day Monday, March 16, 2020. "I feel like I'm packing up like it's the last day of school," she said. The coronavirus outbreak has closed schools statewide. 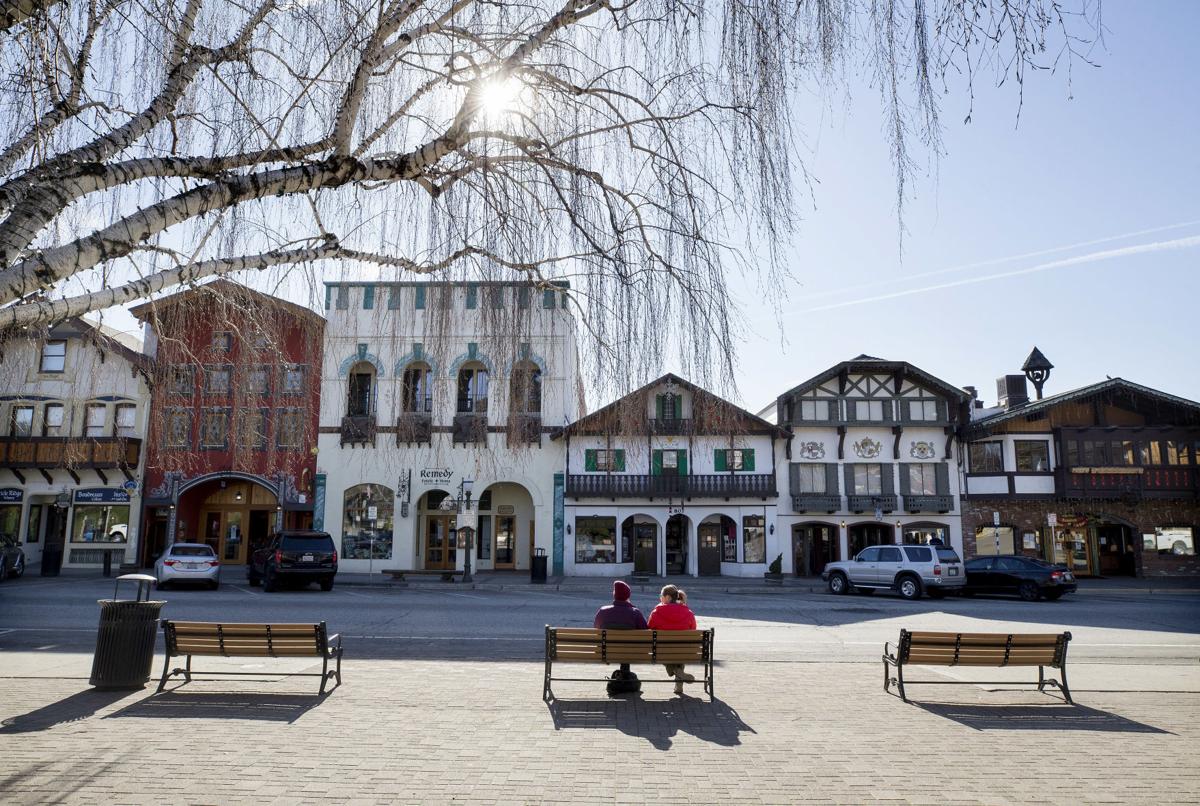 JJ Hernandez and friend Rhia Foster, Leavenworth, enjoy their coffee in the sunshine on Front Street in downtown Leavenworth on March 19. 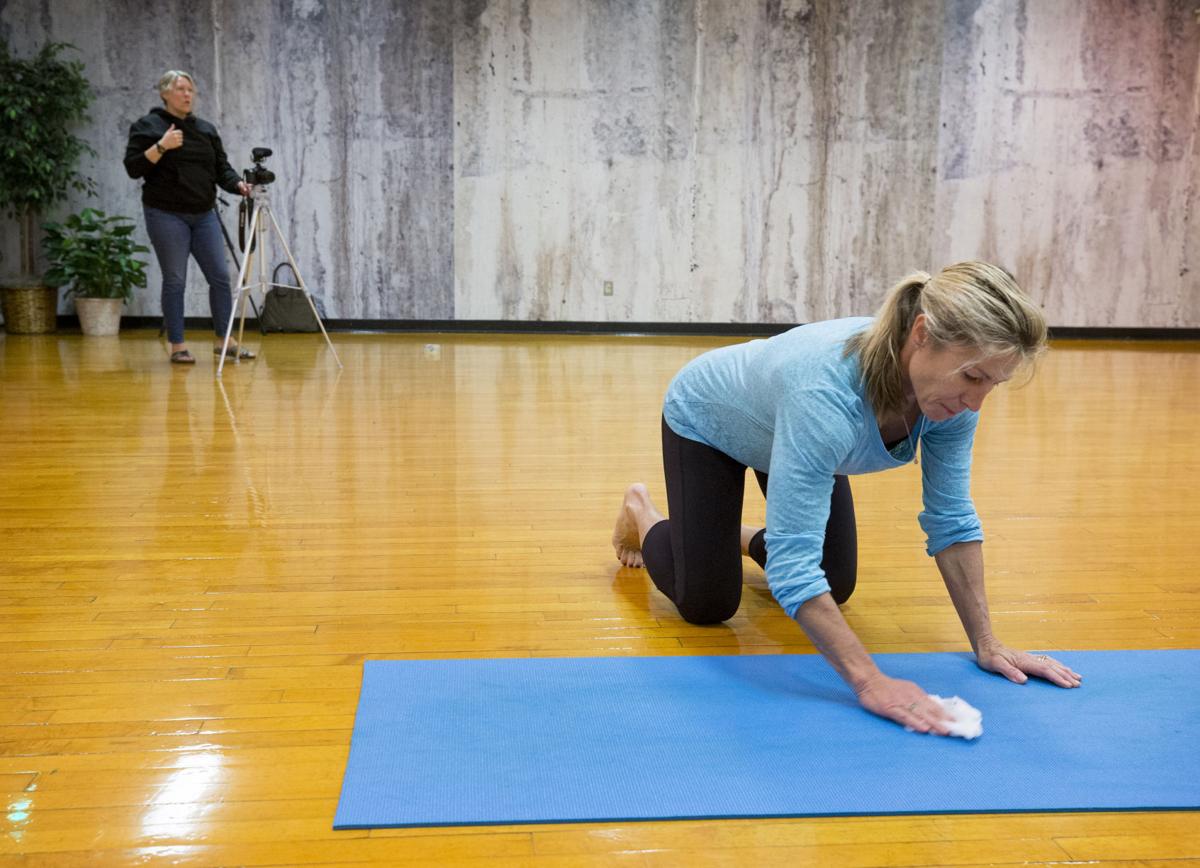 Tammi Flynn, Wenatchee, disinfects her yoga mat before being filmed live by Allie Jordan at the Wenatchee Racquet & Athletic Club's studio Friday, March 20, 2020. Because of the coronavirus, the WRAC is offering online exercises. 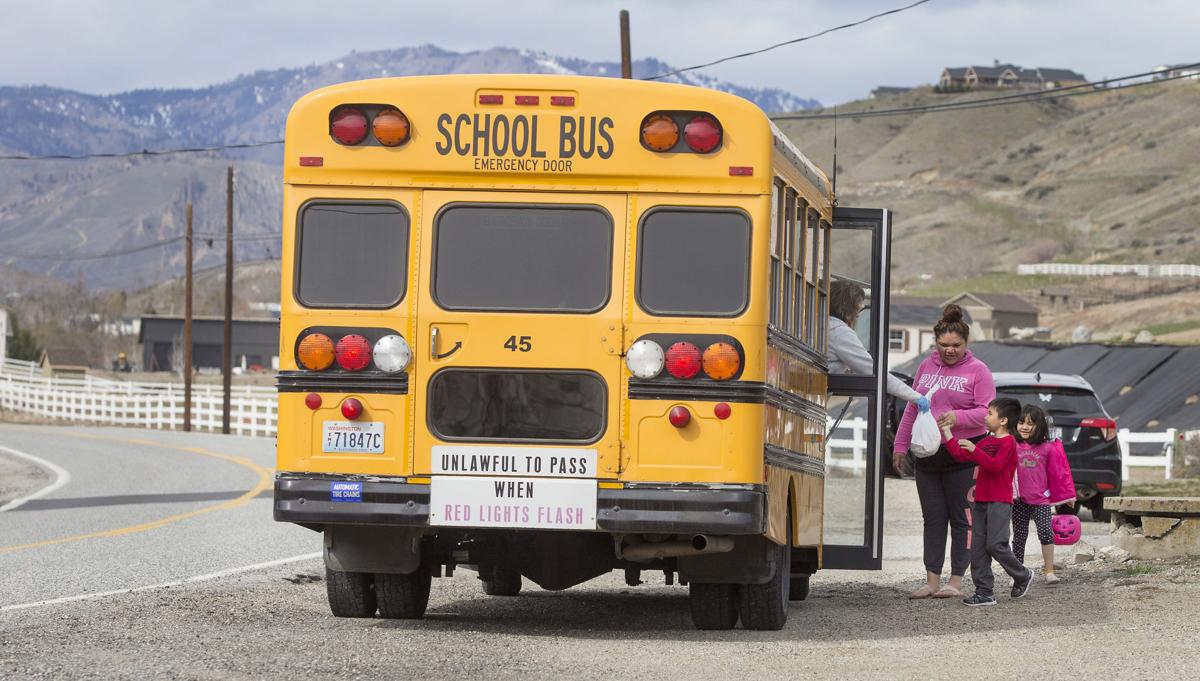 Children receive breakfast and lunch alongside Rock Island Road Tuesday, March 24, 2020, provided by the Eastmont School District. On Monday, the service of free meals was expanded to some of the remote areas of the district, using buses to transport them. 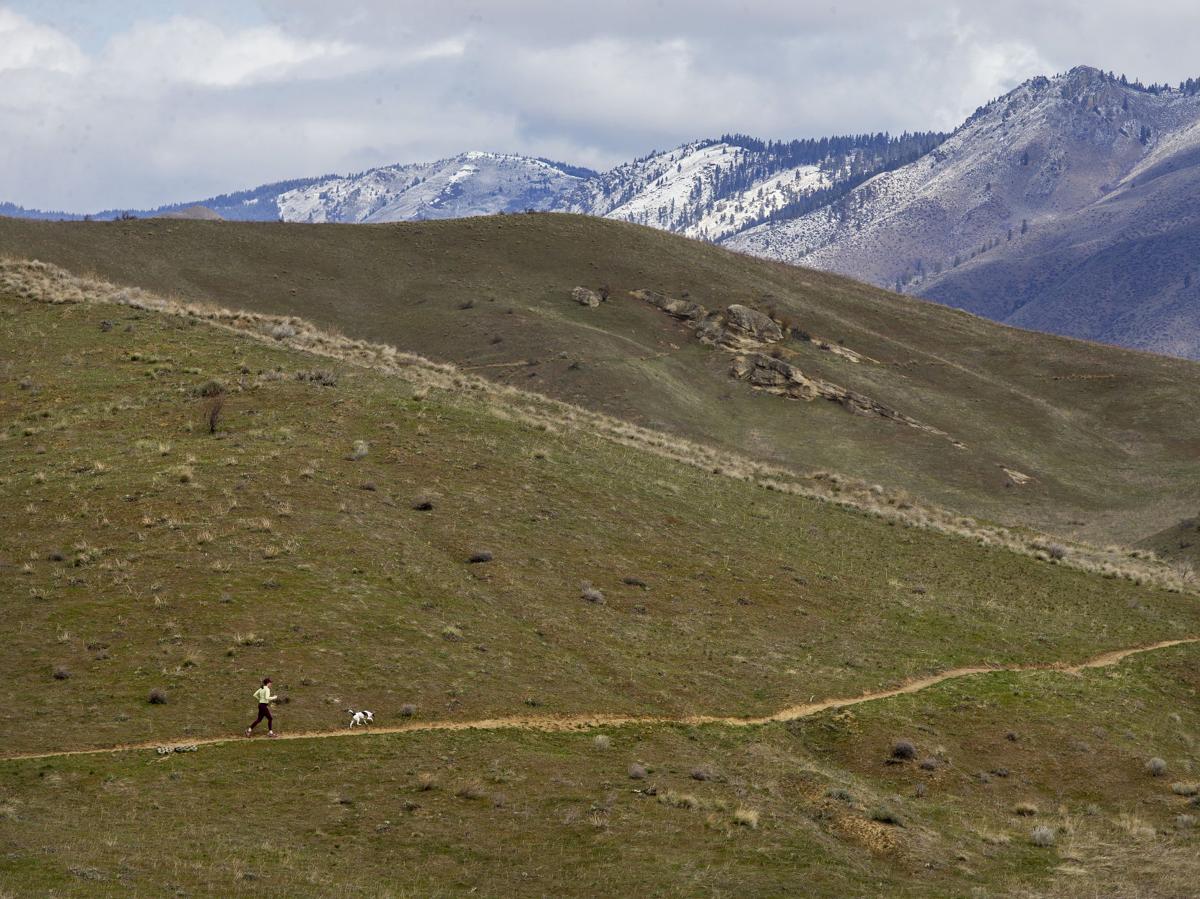 Shaunna Larson, Wenatchee, runs with her dog Annie along the Sage Hills trails system Wednesday, March 25, 2020, that opened a week earlier than planned. The Chelan-Douglas Land Trust is encouraging people to get outside for exercise amid the COVID-19 outbreak. 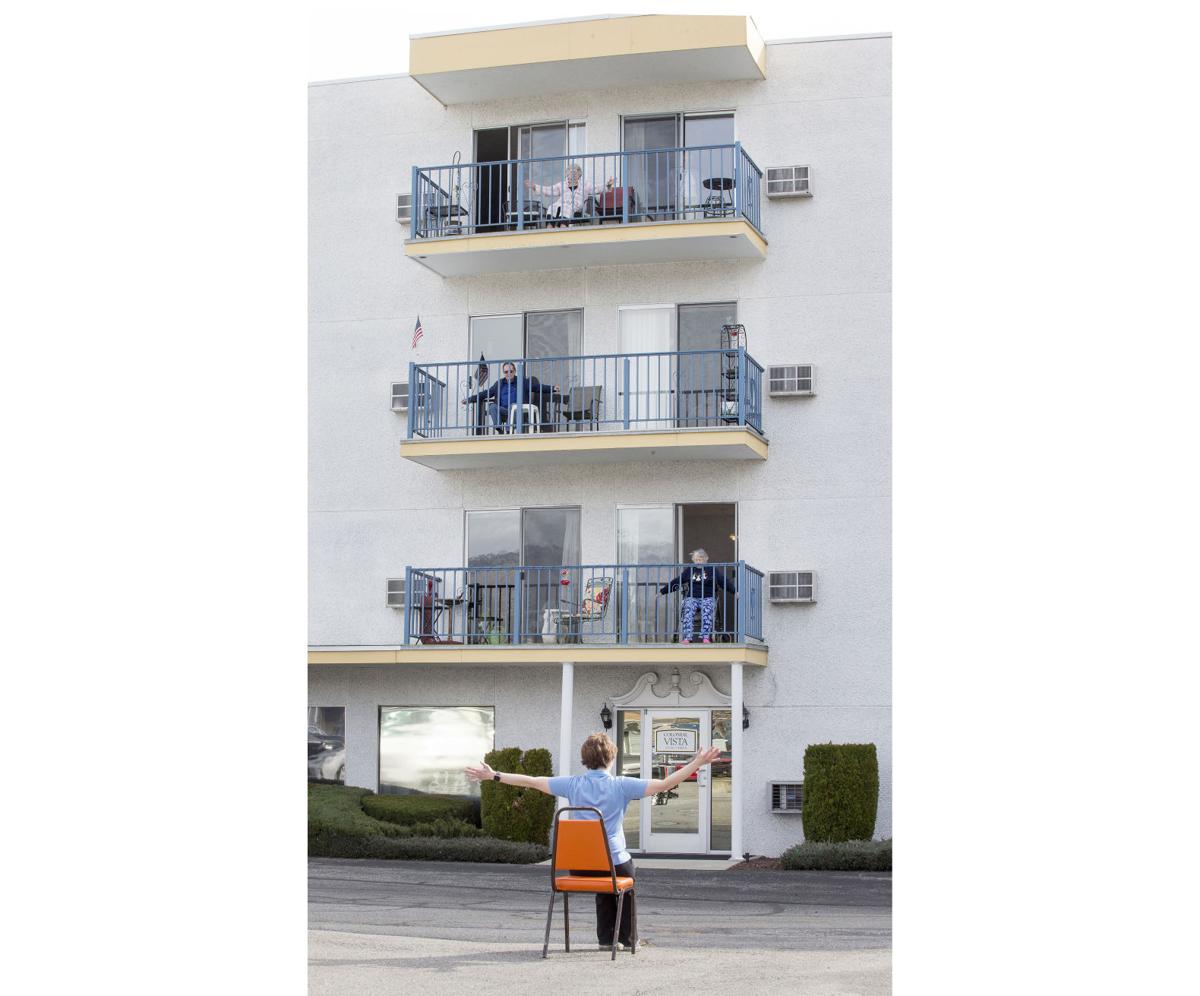 Colonial Vista wellness coach Amanda Olson leads residents of the center's independant living apartments in exercises Friday, March 27, 2020. Because of social distancing needs, she has been unable to have the normal daily exercises in the facility and decided to lead them from the parking lot for the residents on their balconies. She hopes to continue the 15-minute program a few times a week.

I’m looking back over my month’s worth of work and seeing the vivid difference a few weeks makes in our lives when something like a pandemic strikes. I take it as partly my responsibility to document the changes going on in the Wenatchee Valley.

This was the scene in Yakima on March 7 when the Cashmere girls were trying to win a state championship. At the time, there was a suggestion for people to keep some distance between each other but with it just being the early stages of the coronavirus in the United States, there wasn’t much concern.

And the following Monday night, March 9, the crowd was invited to get their picture taken with donkeys at a donkey basketball game in the Wenatchee High School gymnasium.

This was the last practice for the Eastmont softball team on March 11 before they were directed to stop meeting.

And schools let out March 16.

But among the lonely and sad scenes, there are new routines beginning and people making do.

Just this morning, Colonial Vista found a new way to promote exercising among its residents as wellness coach Amanda Olson directed a routine for them while they worked out from the balconies.

There have been a lot of changes in our lives, but one thing seems to be consistent with the people of the Wenatchee Valley and that’s our ability to make the best of a hard thing.