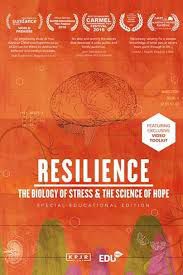 LEAVENWORTH — Peshastin Dryden-Alpine Lakes Parent-Teacher Organization hosted a screening of the film “Resilience” at Cascade High School Tuesday night, which addressed the toxic stress that impacts youngsters and the crippling effect it can have on their well-being. It’s a film that everyone should see, particularly parents and educators.

Lori Wylie, the vice president of the PTO, said the group showed the film to raise awareness in the community about the emerging brain science that links the overwhelming toxic stress to significant mental and physical health throughout their life. She said this is the start of what she hopes will be an ongoing discussion in the Upper Valley about identifying and addressing these issues.

While the film focuses on the impacts of toxic stress, it also raises awareness of how early intervention can help these kids turn that overwhelming fear into resilience.

The film focuses on the Adverse Child Experiences (ACE) Study by Kaiser Permamente that revealed the startling impact that these experiences (divorce, witnessing or experiencing violence, emotional neglect, sexual abuse, etc.) have on life outcomes. Individuals with four or more ACEs are much more likely to have addiction problems, be prone to suicide, have health issues like heart disease, and a much lower life expectancy.

The impacts cut across all socioeconomic categories and the fact is that a person with one ACE could be more significantly impacted than an individual with four, five or six ACEs. So, this is an issue that affects all of us and should be a call to action for finding creative ways to help our youngsters.

So how does toxic stress show up in students? I posed the question to Jill Svilar, who is an educator at WestSide High School and one of the leaders of the Alpine Lakes PTO.

Svilar told me toxically stressed students can have impulse control issues, struggle to remember simple directions, lack emotional control, have difficulty with changes in routine and struggle with their attention, planning and organization.

Kenny Renner-Singer, the principal at Alpine Lakes Elementary, told the crowd that in dealing with behavior issues with students, he pays attention to what they have been experiencing.

The film, directed by James Redford, describes toxically stressed kids as those who are chronically anxious and activated. These kids are unable to access the higher functions of the brain when they are stressed. Expecting them to “pull themselves up by their bootie straps,” as Jack Shonkoff of Harvard University puts it, is entirely out of the question.

So how do we help these kids? Science shows that having a nurturing adult in their lives can make a tremendous difference. That could come from people volunteering to be lunch buddies, mentors or finding some other way to support struggling kids in our valley. Other useful approaches include mindfulness, meditation, nutrition and exercise.

There are good social emotional learning programs for schools available, such as Second Step and a program from Goldie Hawn’s foundation, MindUP.

The truth is that kids who are toxically stressed find it terribly difficult to learn. A study of fourth- and fifth-graders at Lincoln Elementary School in Wenatchee several years ago showed that more than half of those students had four or more adverse child experiences.

The root causes of behavior problems can be traced directly back to these ACEs. Until we address the root causes of the issue through strong social emotional learning tools, we will be simply rearranging deck chairs on the Titanic in our schools.

I applaud the Alpine Lakes PTO for taking the initiative and getting a conversation started in the Upper Valley. This is something we all need to wrap our arms around. We can address this issue with community involvement and engagement.